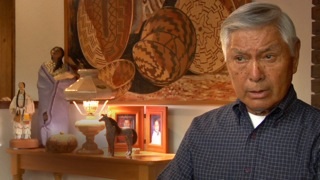 Everett Freeman, Chairman of the Paskenta Band of Nomlaki Indians in
Northern California from 1994 until his death in 2010, has posthumously been
selected to receive the prestigious 2011 Eagle Spirit Award from the
American Indian Film Institute (AIFI).

Freeman is being honored for the contributions he made by leading the charge
to obtain re-recognition by the federal government, restoring sovereign
status to the Tribe and cultivating a forward-thinking economic
infrastructure to support a bright future for the Tribe. His son, Tribal
Chairman Andrew Freeman, accepted the award on behalf of the Tribe during a
special ceremony on Saturday, Nov. 12, at the American Indian Motion Picture
Awards Show in San Francisco.

The highest honor given by AIFI, the Eagle Spirit Award honors individuals
who exemplify outstanding character and leadership in the Native community.
Freeman's role as a leader and visionary is chronicled in an award-winning
100-minute documentary, Paskenta: Nomlaqa Boda, which was a featured film in the 36th
Annual AIFI Film Festival. The film, commissioned by the Tribe and produced
in collaboration with Dawson Media Group of Portland, Ore., has been honored
at festivals reaching from the Black Hills of South Dakota and Tulsa, Okla.,
to Winnipeg, Manitoba, and Switzerland.

Born in Butte City, Calif., in 1931, Freeman was raised by his uncles and
medicine man grandfather and grew up traveling in the migratory patterns
typical of agricultural workers during the Dust Bowl era. Honoring his
American citizenship, Freeman enlisted in the U.S. Navy in 1949, and it was
10 years later that he and all Nomlaki were stripped of their Indian
sovereignty by the same American government he had served.

After weathering the Indian relocations of the mid-20th Century by refusing
to leave northern California, Freeman instead pursued a career with the
Bureau of Indian Affairs (BIA), working as a foreman on road construction
projects across the state.

Upon retiring 1990, Freeman decided it was time to fulfill his uncle's dream
to "get the Tribe back." Seeking assistance from Nomlaki kin, as well as
from government officials and others, and refusing to take "no" for an
answer, Freeman built a groundswell among Nomlaki who had longed for
recognition of their true heritage and a return to their aboriginal lands in
and around Tehama County. In 1994, he testified before the U.S. Congress,
successfully calling for the re-recognition of the Paskenta Band of Nomlaki
Indians. He led the newly organized Tribal government for the next 15 years,
instigating actions that took land into trust in record time, and launched a
series of investment businesses that turned the traditional model of
reservation economics upside down---securing a world with promise for future
generations.

Freeman's public legacy includes developing an annual grant from the Rolling
Hills Development Foundation supporting leadership and community values in
Northern California, the naming of a portion of I-5 to the Nomlaki Highway,
and a county road recently re-named as Everett Freeman Way.

About AIFI
Founded in 1975, AIFI, based in San Francisco, is a nonprofit institution
that aims to cultivate understanding of Native cultures, traditions and
social issues through its annual film festival (now in its 36th year), the
AIFI Film Library and the National Distribution Initiative. For more
information about AIFI or to view the Film Festival schedule of events,
visit http://www.aifisf.com . 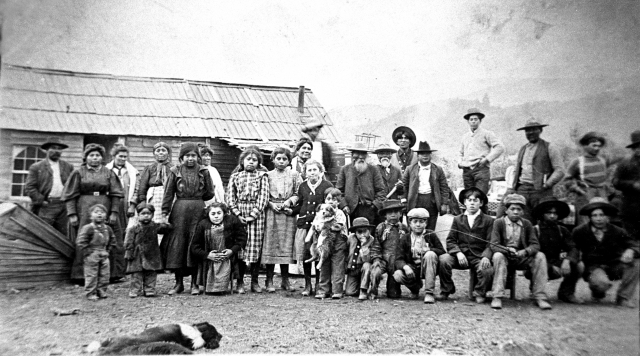 original image (4045x2251)
http://www.nomlaqaboda-thefilm.com/
Add Your Comments
Support Independent Media
We are 100% volunteer and depend on your participation to sustain our efforts!