Add an Event
Newswire
Calendar
Features
Home
Donate
From the Open-Publishing Calendar
From the Open-Publishing Newswire
Indybay Feature
Publish to Newswire
Add an Event
Related Categories: California | North Coast | Environment & Forest Defense | Government & Elections | Legal Support | Police State & Prisons
Our Appeal of the MLPA Initiative's “Motion to Quash”
by David Gurney
Sunday Nov 13th, 2011 10:36 AM
The MLPA Initiative was in fact a highly organized group, with common goals and a common purpose. As such, the MLPAI is definitely subject to the laws of the land. 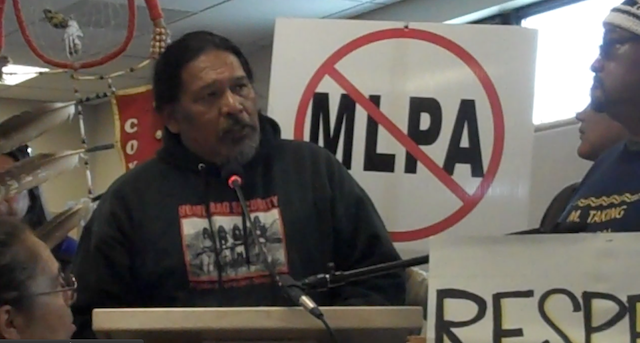 Our Appeal of the MLPA Initiative's “Motion to Quash”

Noyo News is in the middle of an appeal, on the ruling of substitute judge Andrea Richey from Southern California, who granted the Marine Life Protection Act (MLPA) “Initiative” a “Motion to Quash.”

The quash motion excuses the privately funded MLPAI political steamroller from any culpability in their horrendous two-year run through Northern California. The MLPAI left a legacy of numerous egregious illegal acts, including violations of Bagley-Keene Open Meeting Laws, Constitutional violations, the illegal killing a 72-foot Blue Whale, the provocation of the largest public protest in recent North Coast history, numerous charges of conflict of interest and corruption, illegal secret meetings, and other flagrant acts of wrongdoing.

But according to MLPA Initiative Program Manager Melissa Miller-Henson, the MLPAI was not a group or any kind, but just an “idea” and not a legal entity, and so they are completely absolved from legitimate public scrutiny or accountability.

This ridiculous argument is contrary to the facts. The MLPA Initiative was in fact a highly organized group, with common goals and a common purpose. As such, the MLPAI is definitely subject to the laws of the land.

Attorney Peter Martin from Eureka, CA, has written the following, to be submitted to a California Appeals Court:

“MLPAI meets the Barr test for an unincorporated association: it is a group whose purpose is to carry out the MLPA by means of a “public-private partnership” and it functions under a common name, MLPAI. The MLPAI has a program manager and an executive director, has an organizational structure and steering committee, and facilitated the regional stakeholder group meetings in Fort Bragg, CA, where plaintiff alleges his civil rights were violated.

Today, the entity in question is the “public-private” partnership. Like the unions and churches of yesteryear, it too is a group that acts and functions to reflect current socio-economic realities in these times of difficult budgets. Just as the law once recognized that unions and churches might be sued, so too should it apply the same reasoning to “public-private” partnerships as those entities have become increasingly common. It is the functioning of the entity as a group with a common purpose and common name that determines amenability to suit. Thus, just as the church in Barr could not claim immunity to suit by calling itself a “loose connectional system,” neither can MLPAI avoid suit by calling itself a “project” or a “program.” The MLPAI is more than a program of DFG; it is a partnership with a private group, RLFF, to accomplish together a set of goals. It is this group arrangement, or partnership, that belies the claim that MLPAI is a mere program.”

As Peter Martin and I continue our legal battle against two high-powered teams of attorneys – one from the State of California, and the other from Eric Poncelet’s Kearns and West Corporation – we are asking for contributions from the public to help us keep government accountable.

Please use the Paypal button on http://noyonews.net to help us fight the good fight.
Add Your Comments
Support Independent Media
We are 100% volunteer and depend on your participation to sustain our efforts!