Add an Event
Newswire
Calendar
Features
Home
Donate
From the Open-Publishing Calendar
From the Open-Publishing Newswire
Indybay Feature
Publish to Newswire
Add an Event
Related Categories: East Bay | Education & Student Activism | Police State & Prisons
Occupy Cal - Students Fight Cuts and Fee Hikes
by via David Bacon
Thursday Nov 10th, 2011 12:55 PM
BERKELEY, CA - 09 NOVEMBER 11 - Students at the University of California walk out of classes to protest budget cuts and rising tuition, and to support the New York City demonstration, Occupy Wall Street. The rally protested economic inequality and its impact on students, the poor and the young -- in the words of the occupy movement, a protest by the 99% of the people who are exploited by a system that only benefits the top 1%.

Later that night, students were beaten by police batons as they tried to set up tents in Sproul Plaza, and six students and an assistant professor were arrested. Students continued to occupy the plaza without tents, however. 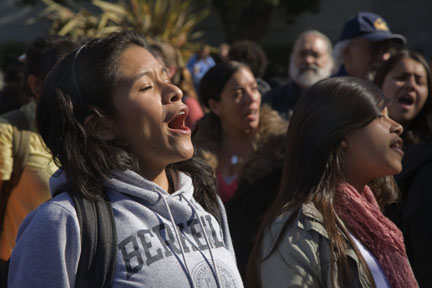 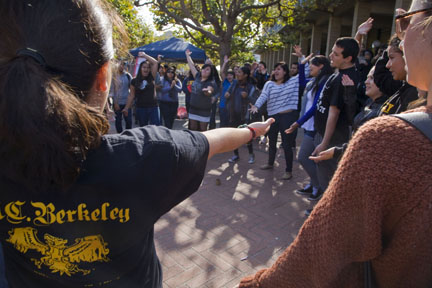 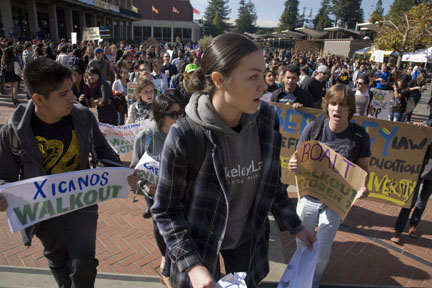 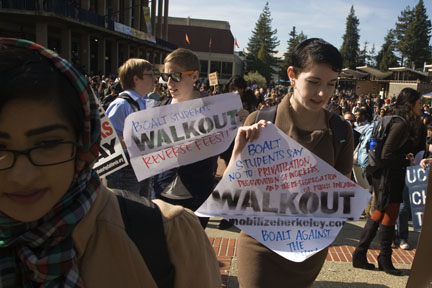 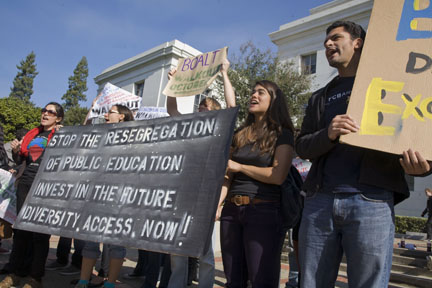 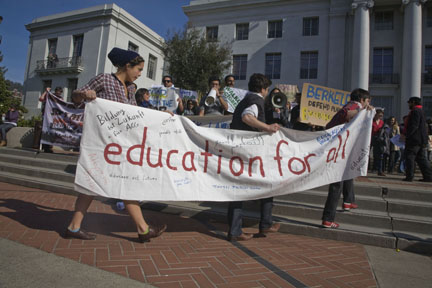 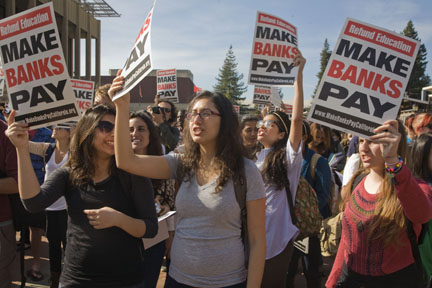 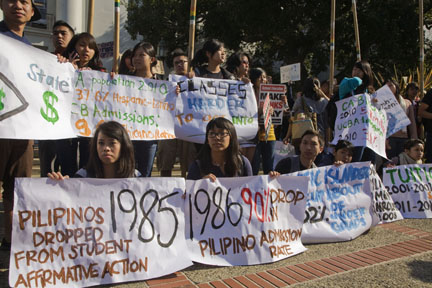 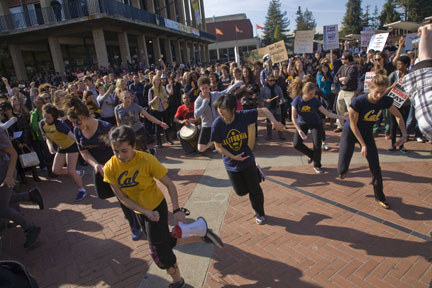 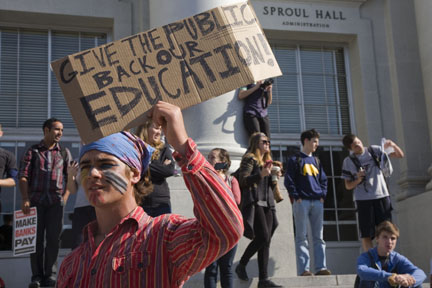 §stanchaz
by stan chaz
Thursday Nov 10th, 2011 5:35 PM
America used to work The people had work. The system worked. Hey, EVEN the Congress used to work...(sometimes). God knows, it was far, far, far from perfect - but at least we all had some share in the struggles AND the rewards. But somewhere along the way, we lost our way. And now we seem to have an economy and a political system that works only for the rich. What they call "trickle down economics"... just leaves most of us out in the cold cold rain. We need to get back to what America was, and what it should be, and what it can be.  Occupy Wall Street is no longer just  a place called  Zuccotti Park -  Zuccotti Park is everywhere. You can try to pen us in, you can beat us and arrest us, you can mace and tear-gas us , and you can try to "permit" us to death....but you can't kill an idea. You can't keep down a people’s hopes and dreams for a better life.....a life with dignity and freedom....for us... for our kids. More power to Occupy Wall Street, as it spreads to every town and city - because  OWS is us, and for us, and by us. It comes up from the grassroots, and it lifts us up in turn. With OWS America has found it’s voice, and that voice demands fairness and justice. This land IS our land! AND WE WANT IT BACK! ...We want our lives back!... We want our future back! ....So why not take some time, find a quiet place somewhere, and consider this: Each of us has only one brief life...one chance...and many choices. It’s time to choose...and to act. If not now...then when? If not you, then... who? You DO have the power my friend....and the choice is yours.
Add a Comment
Support Independent Media
We are 100% volunteer and depend on your participation to sustain our efforts!