Escape From the Hill

by Mike Rhodes (editor [at] fresnoalliance.com)
I arrived at the homeless encampment known as The Hill this morning at around 10 a.m. As I entered the area to begin taking pictures, I was immediately surrounded by three California Highway Patrolmen who told me to leave the area. They “escorted” me to the Public Information Officer for Caltrans who said I would not be allowed to enter the area where they were destroying tents and other structures of the homeless people who lived there. I was forced to stand outside of the fence and take photos from that distance, even though their were other photographers standing where I had just been removed from. 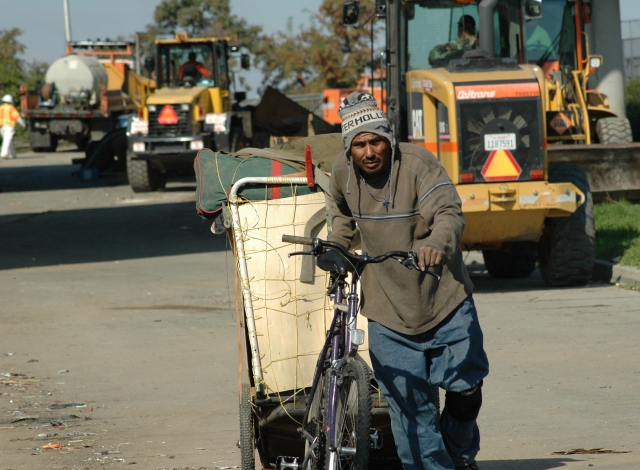 original image (2719x2000)
The destruction of The Hill began today with Caltrans destroying tents and other structures at the North end. This was part of a joint two week effort by Caltrans and the City of Fresno to destroy all of the homeless encampments in the downtown area.

The first person I talked to today, as I was walking towards The Hill on G street, was an older man who was crying and saying that they just destroyed his home. He said he had no where to go. Other homeless people were trying to save as many of their possessions as they could before the bulldozer got to their shelter. The City of Fresno gives lip service to helping people find housing, but none of the people I talked to today had a place to go.

The City of Fresno set up a tent on Santa Clara and G street and were helping homeless people fill out applications for housing, although nobody (as far as I know) is being offered immediate housing. The city said last week that they had 140 slots available (if you qualified) and that more might be available next year. Those vague promises seemed to mean little to the homeless, whose lives have been made more difficult by losing the only shelter they had.

Those 140 housing slots are a drop in the bucket for the 15,000 estimated homeless people in Fresno.

If you can come out and document (video or photos) the destruction of these homeless encampments, that would be great. Post your photos to Indybay, and/or send them to me so we can get them to our attorneys who are looking at, what appears to be, a violation of the federal court order stopping Caltrans and the City of Fresno from taking and immediately destroying homeless people’s property.

On Tuesday the "clean up" will continue - probably on Santa Clara and F street. 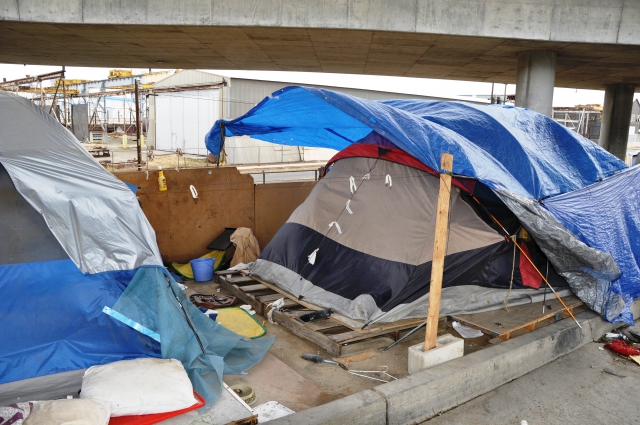 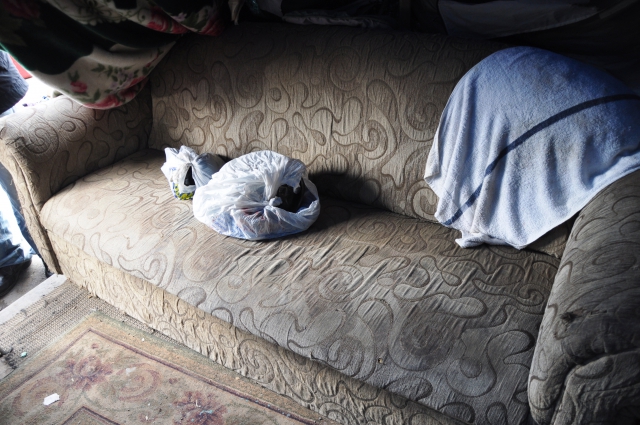 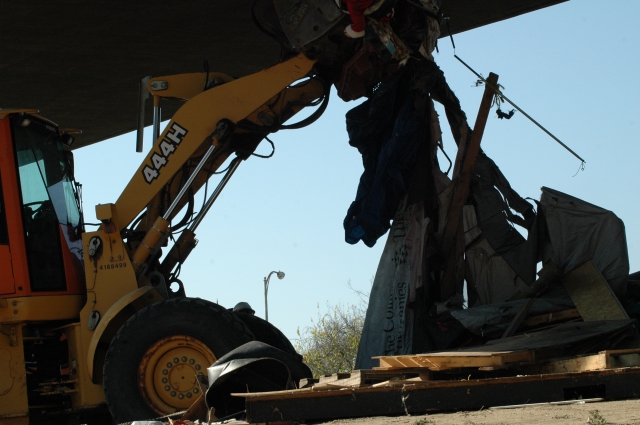 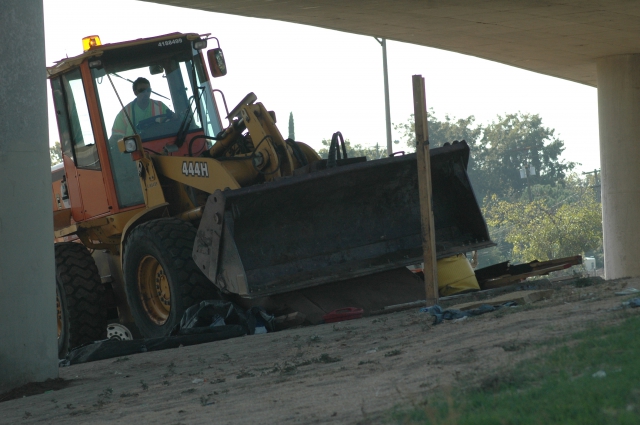 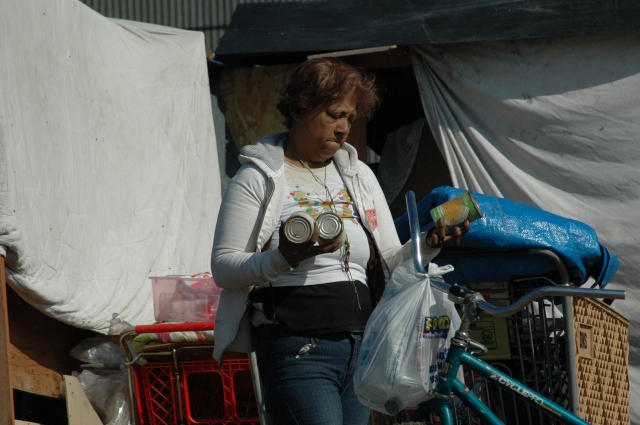 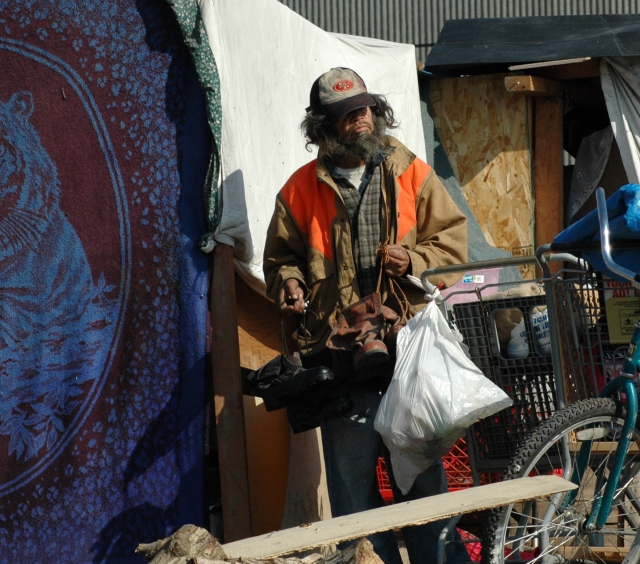 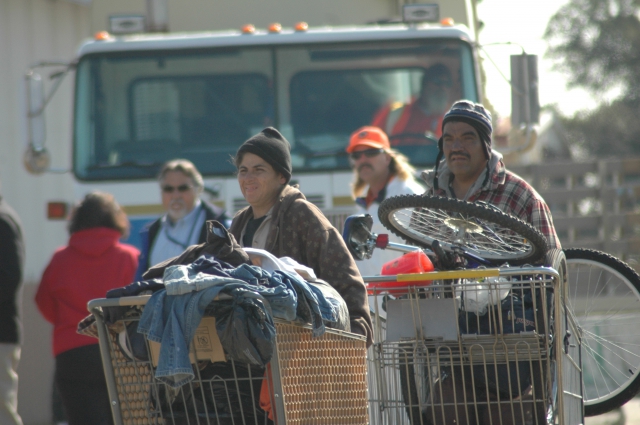 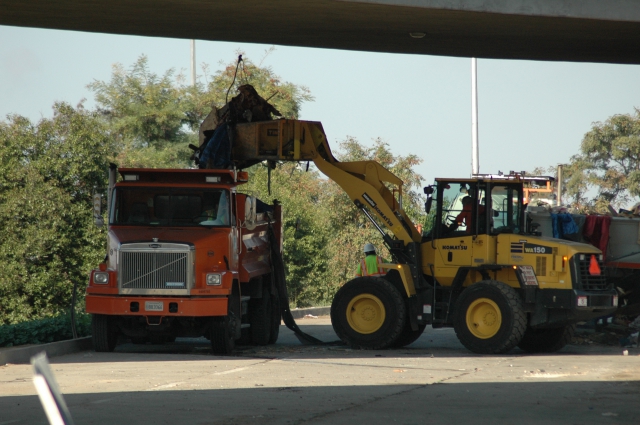