Add an Event
Newswire
Calendar
Features
Home
Donate
From the Open-Publishing Calendar
From the Open-Publishing Newswire
Indybay Feature
Publish to Newswire
Add an Event
Related Categories: California | North Coast | Environment & Forest Defense
A Sea of Change for Tribal-State Relations
by Hawk Rosales
Monday Nov 7th, 2011 10:28 AM
“I hope that if one thing comes out of this process, it's the beginning of long term trust between sovereign [tribal] governments and the state of California.” – California Secretary of Natural Resources John Laird at June 30, 2011 Fish and Game Commission hearing in Stockton, California 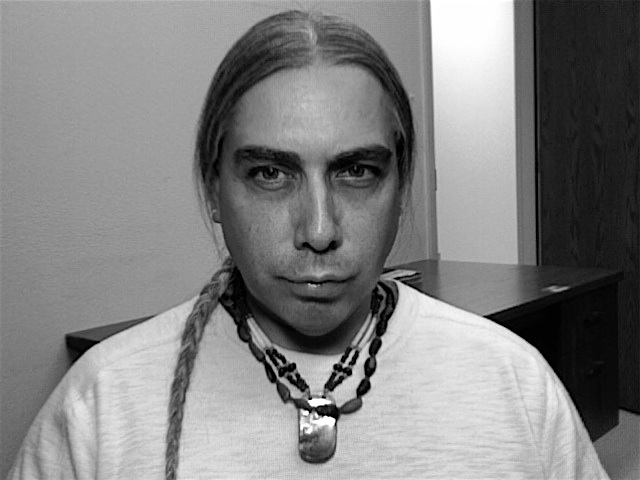 Most Californians are not fully aware of the extent of injustice, government sanctioned violence and forced removal of tribal peoples from their homeland that has marred the history of the state’s relations with its indigenous inhabitants. Over the last 150 years in northern California, the region’s old-growth redwood rain forest also has been subjected to destruction that has severely impacted salmon and other wildlife, as well as those tribes dependent on the forest and sea for their survival. The Tribes have not been responsible for the over-extraction and degradation of the natural world – threats that will affect the future of all people. Yet, even as times have changed, longstanding prejudices and bureaucratic shortsightedness have challenged sovereign Indian tribes’ continued use and stewardship of land and ocean resources. However, recent events offer hope that, at last, a new era is beginning.

California Indian tribes welcomed Governor Jerry Brown’s September 2011 executive order creating a new gubernatorial tribal advisor position and making it official state policy to consult with California tribes as sovereign governments on the full range of issues affecting them. For California’s tribal peoples, this unprecedented move not only heralds a time of greater respect and influence over their own destiny, but also suggests a new cooperation between the state and tribes is on the horizon with potentially significant benefits to both. The Brown Administration also has made remarkable progress in a few short months working with North Coast tribes on management and protection of marine resources.

The InterTribal Sinkyone Wilderness Council is a consortium of ten federally recognized tribes with ancient and enduring ancestral and cultural ties to the coastline and inland areas of Mendocino, Lake and southern Humboldt Counties. Our member Tribes depend on the ocean for food, for the continuation of their culture, and for their very existence. In 2009, our council members were alarmed to learn that California, through the Marine Life Protection Act (MLPA), was starting to design marine protected areas (MPAs) in their ancestral territories, and that new regulations might disallow the traditional take of seaweed, shellfish and other marine resources by North Coast tribes who conduct traditional, non-commercial gathering, harvesting, fishing and ceremonial activities in the areas planned for the new MPAs. That planning process could easily have produced another intolerable outcome in the bleak history of California’s dealings with tribal peoples. Instead, it marked the start of a remarkable journey resulting in state officials committing to better honoring tribal contributions, past and present.

What went right? North Coast tribes resolved to protect their peoples’ traditional gathering rights through concerted action and came to the table with practical solutions for how to accomplish important ocean conservation goals while protecting tribal traditions. The tribes’ cultural ways and spiritual beliefs have informed each step of their engagement in this process. For the tribes, protection of the ocean and traditional cultural use of marine resources are inseparable ideas. We have argued that without the careful use and stewardship of marine plant and animal species, these gifts will steadily decline and may someday vanish. A broad range of North Coast residents and local governments, recreational and commercial fishermen, and harbor districts and conservation groups committed to standing in solidarity with the tribes.

State officials, including California Natural Resources Agency’s Secretary John Laird, Assemblymember Wesley Chesbro, Senator Noreen Evans, and members and staff of the MLPA Initiative, the Department of Fish and Game, and the Fish and Game Commission, carefully considered tribal concerns and ultimately committed to meeting the challenges of managing ocean resources while respecting the cultural traditions and the stewardship knowledge of local tribes.

After many months of work, tribes and other local residents agreed to support a marine protection plan for the North Coast that would avoid key traditional tribal gathering places and allow for continued tribal fishing, gathering, harvesting and stewardship in many of the new protected areas. The plan would also create several fully protected marine life refuges in high-priority conservation areas. The process has been far from perfect or easy, yet the tribes’ persistence – and the state’s willingness to listen and work toward a solution – has paid off. For the first time in the state’s history, it appears that California will formally recognize and protect the tribes’ traditional cultural use of marine resources.

These efforts and successes clearly show us that the tribes, the public and the government of California can work together to achieve conservation for both the environment and the traditional tribal cultures that are dependent upon healthy and abundant ecosystems.

InterTribal Sinkyone Wilderness Council has been protecting and restoring our redwood rain forest and coastal heritage for decades; we see enormous value in integrating traditional tribal gathering and harvesting with long-term resource protection, which will bring about a healthier ocean environment that is more ecologically balanced and productive for the benefit of our future generations.

We are pleased to have been involved in every step of the North Coast MLPA process, and to have helped craft a solution to ensure lasting protections for our precious ocean and the tribes’ cultural ways – a solution that is supported by the people and the government of our state.

And we look forward to contributing to important ongoing educational efforts to increase the public’s awareness and understanding of the tribes’ traditional ecological knowledge that has helped keep our natural world in balance for millennia.

Much work remains to build long-term trust between California and the many tribes of this state. But an important page has been turned.

Secretary Laird’s new tribal consultation policy signals an intent to respect the tribes’ knowledge and interests regarding management of the state’s natural resources broadly. The policy will create opportunities for meaningful tribal participation in stewardship and co-management of the state’s natural resources, and will open a new chapter in tribal-state relations. Much of the impetus for the policy has grown out of the discussions with tribes and lessons learned during the MLPA process.

The Brown Administration and the Resources Agency have made tremendous strides in a few short months. We celebrate this significant progress and will stay focused on building a brighter future – for tribes and for California.

The road ahead in our work to bring about environmental and social justice will be a long and a challenging one, but through the continued guidance of tribal traditional values and unwavering commitment from the tribes, the state and many allies, we can together reach the goal of a better world.

-- Hawk Rosales is Executive Director of InterTribal Sinkyone Wilderness Council
Add Your Comments
Support Independent Media
We are 100% volunteer and depend on your participation to sustain our efforts!