Add an Event
Newswire
Calendar
Features
Home
Donate
From the Open-Publishing Calendar
From the Open-Publishing Newswire
Indybay Feature
Publish to Newswire
Add an Event
Related Categories: East Bay | Global Justice & Anti-Capitalism
Occupy Oakland General Strike - Banks Shut Down in Morning, 11/2/11: photos
by Dave Id
Sunday Nov 6th, 2011 11:32 PM
On November 2nd, the General Strike that the Occupy Oakland General Assembly called for on October 26th came to fruition, larger and more effective than many people had expected. Oscar Grant Plaza and surrounding streets were overflowing with people, young and old, throughout the entire day. Large contingents of students marched to the plaza from UC Berkeley and Laney College. Other student groups from Mills College, local high schools, and elsewhere gathered in the thousands, while thousands of workers and those representing labor unions also joined the General Strike and Day of Action, including nearly twenty percent of Oakland's teachers. From the flatbed of a truck parked on the sidewalk at 14th & Broadway, a diverse range of speakers addressed the large crowds about the growing economic inequalities facing Oakland and the entire United States. In the morning, as promised, downtown banks were forced to close for the day by large throngs of marchers and demonstrators who targeted several branches in the area. Many businesses throughout downtown voluntarily closed for the day.

original image (3741x437)
[Pictured above: view of crowd and speakers at 10am from the truck at the intersection at 14th & Broadway. Click photo for larger version.] 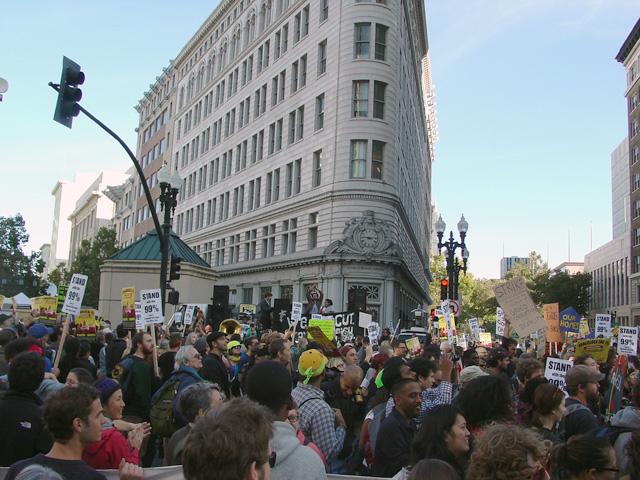 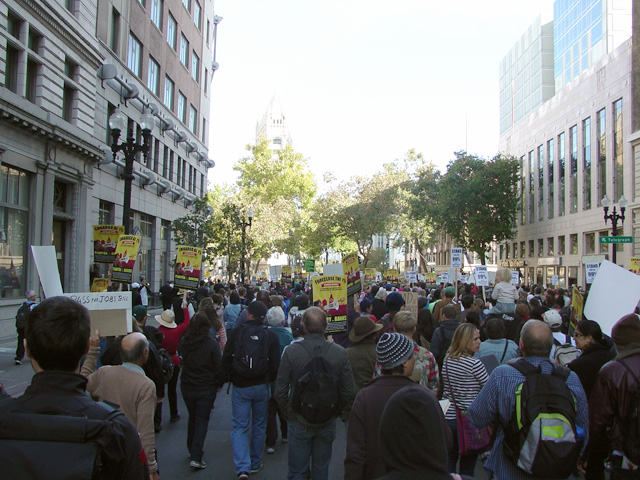 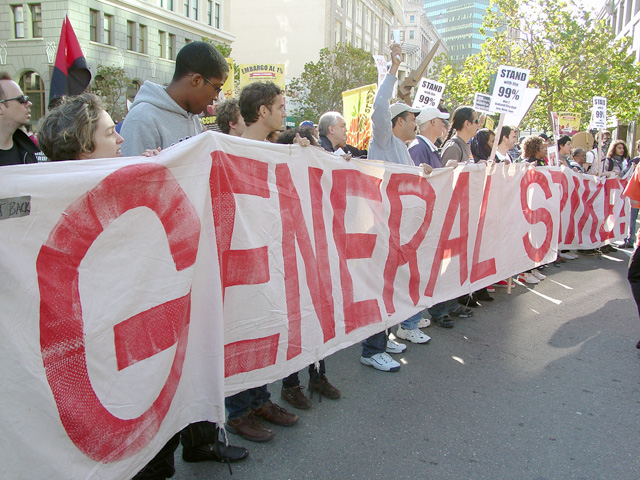 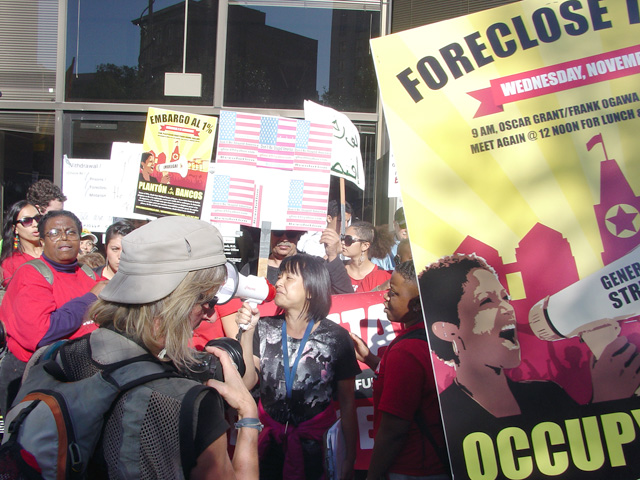 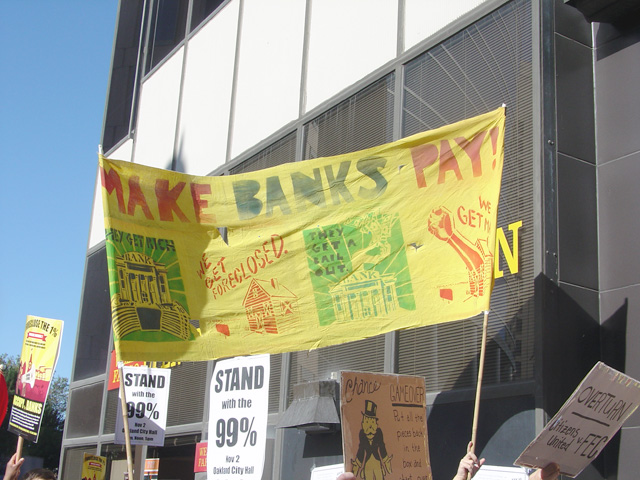 http://www.indybay.org/occupyoakland
§Comerica Bank at 12th and Broadway shut down for the day
by Dave Id Sunday Nov 6th, 2011 11:32 PM 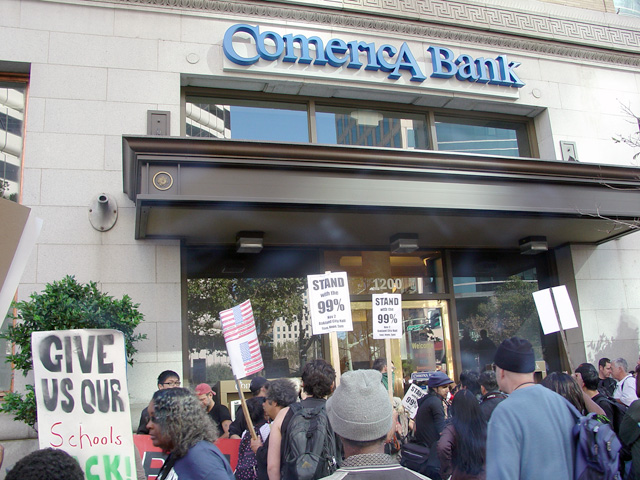 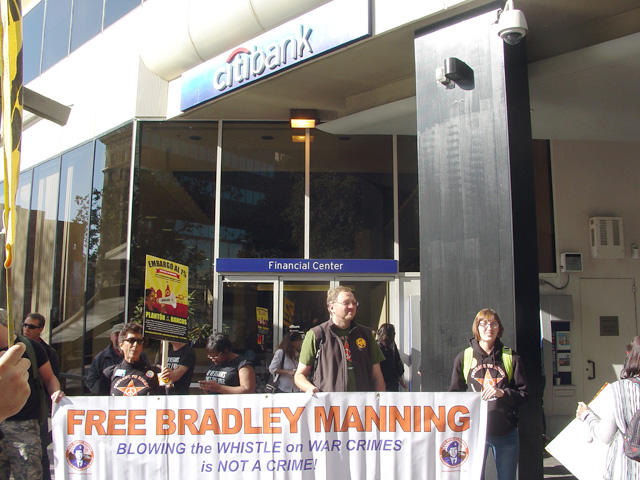 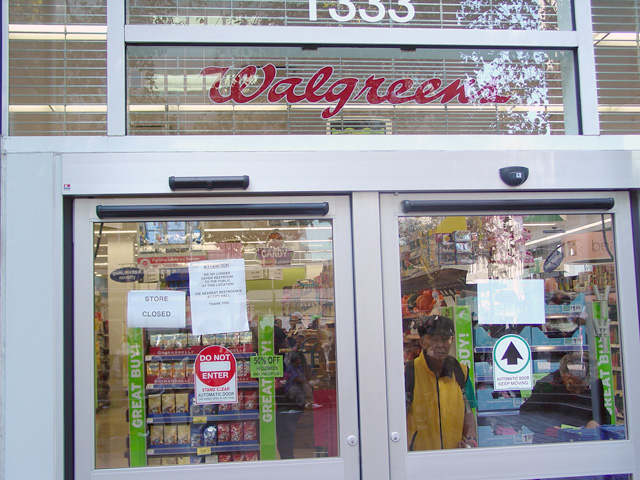 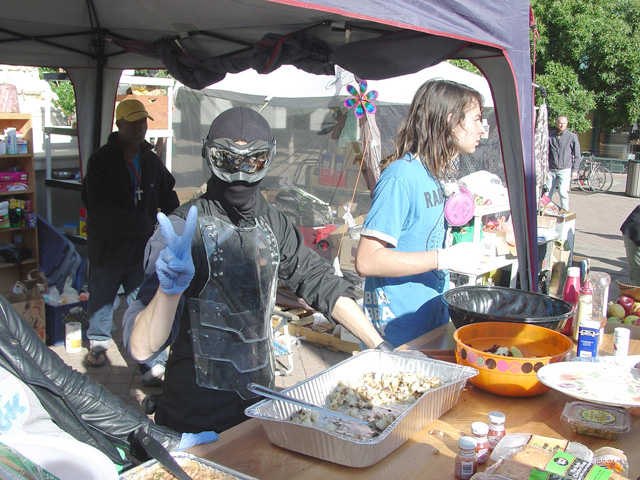 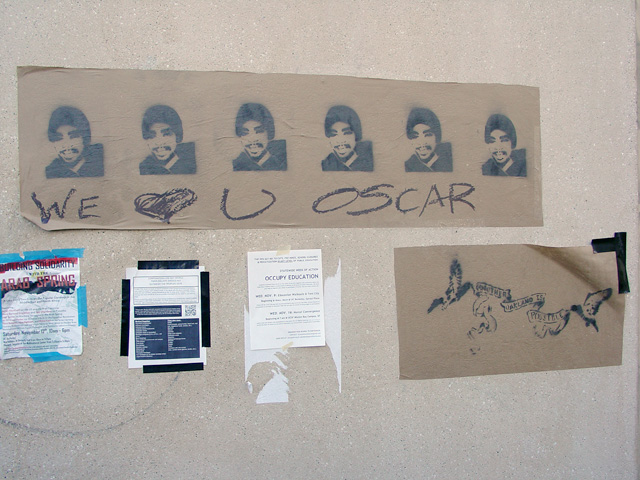 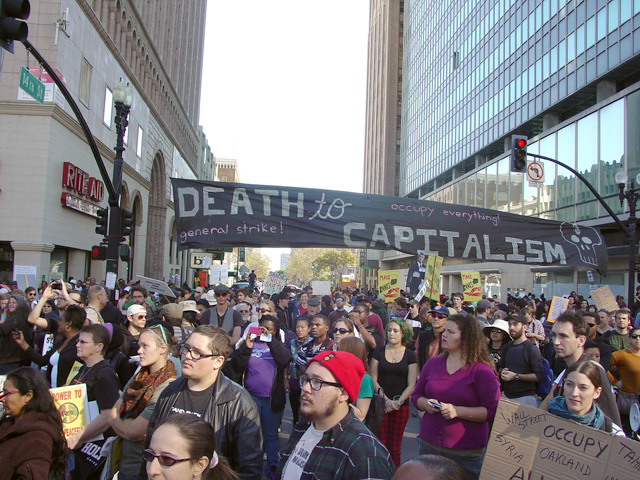 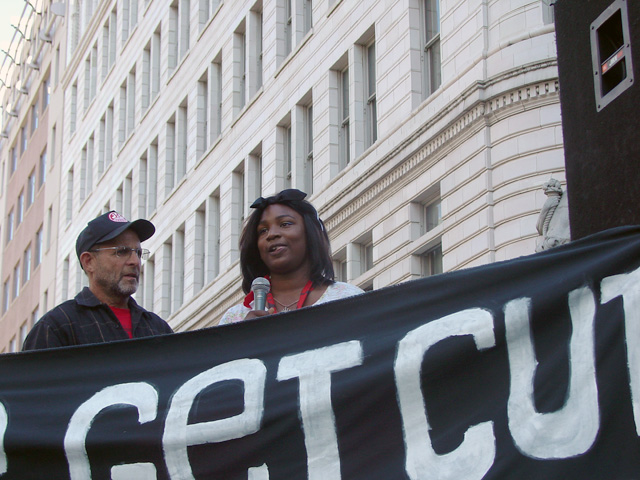 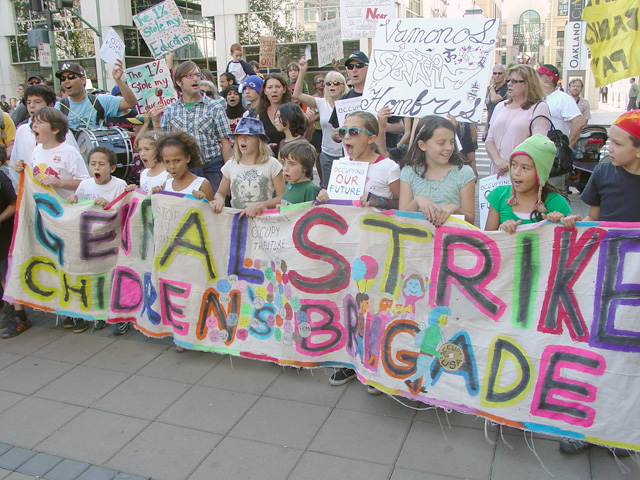 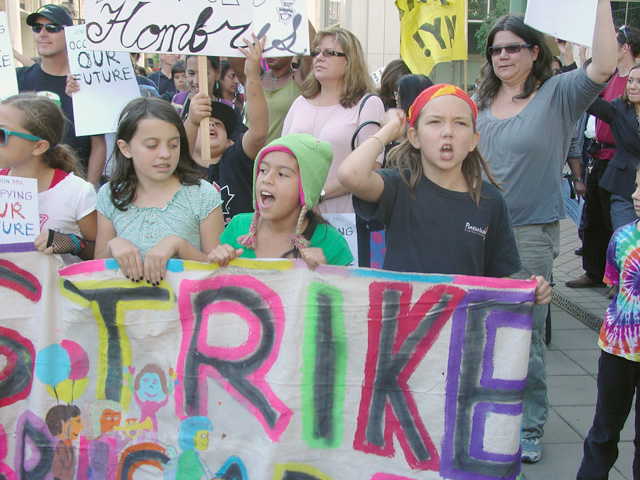 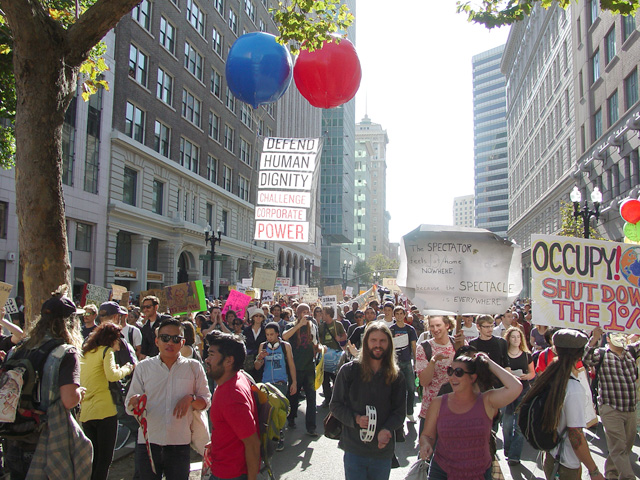