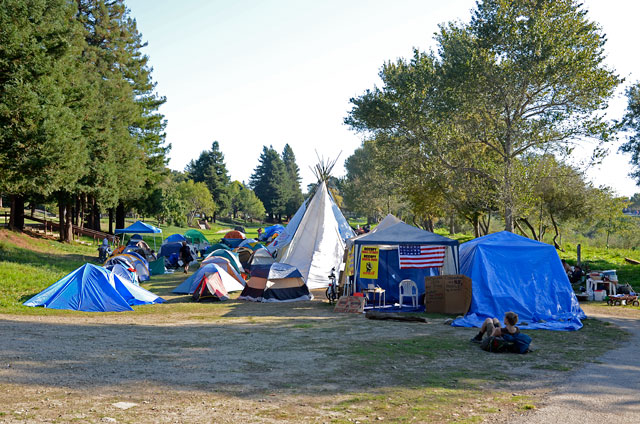 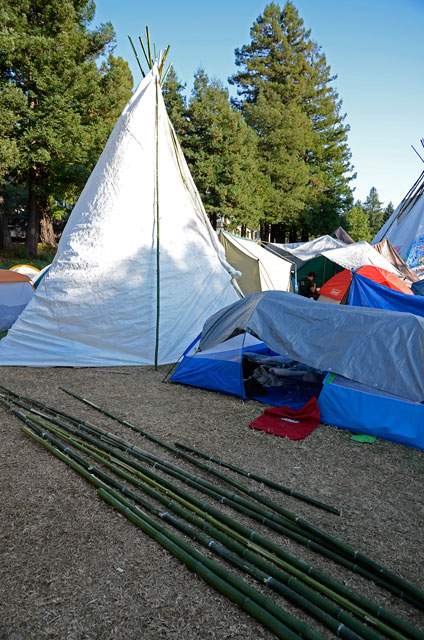 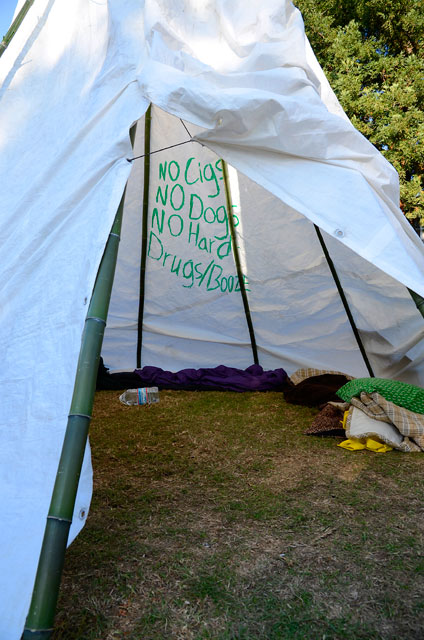 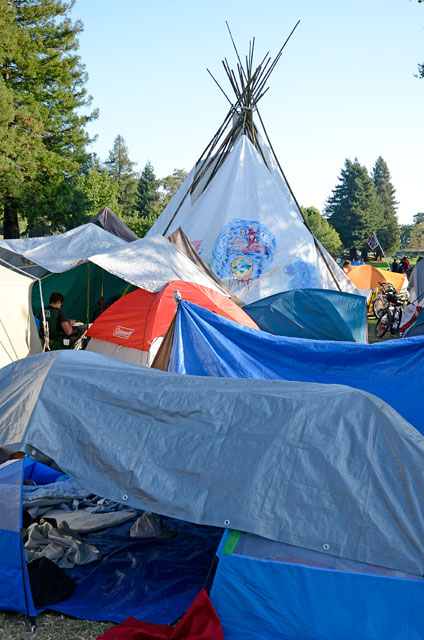 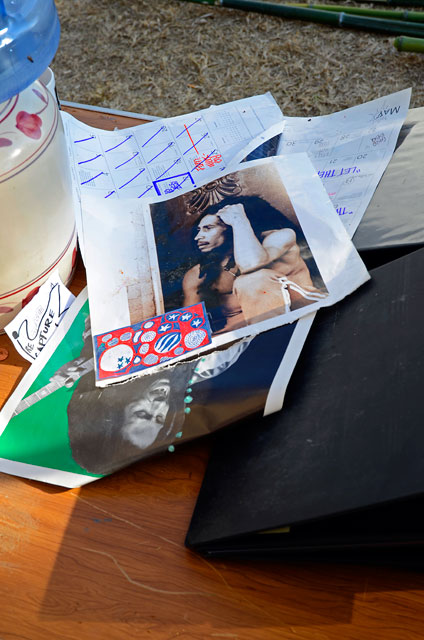 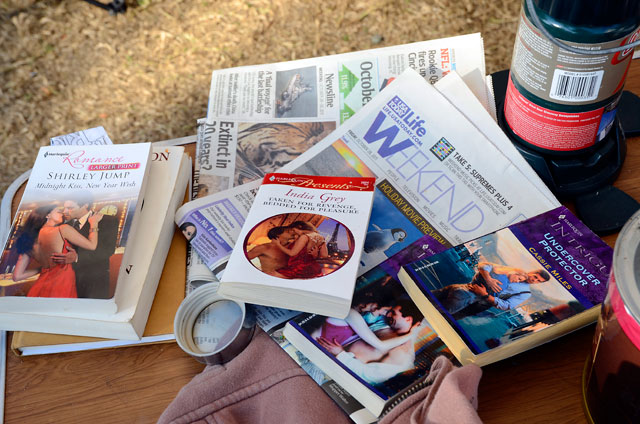 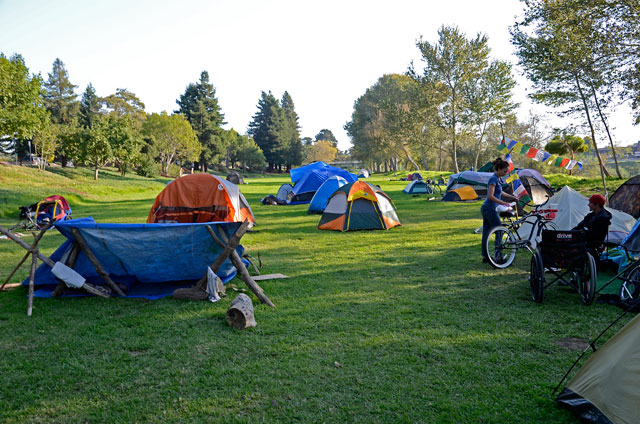 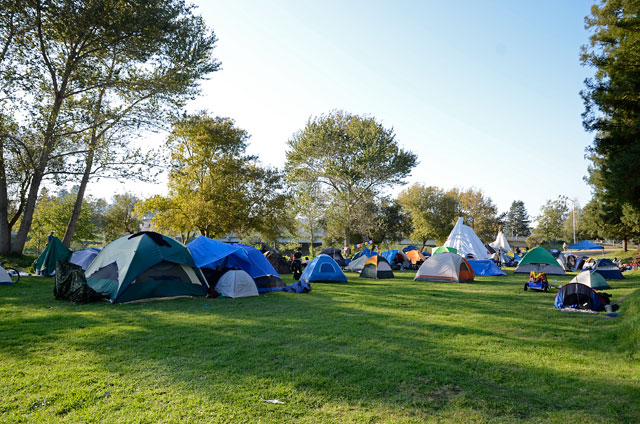 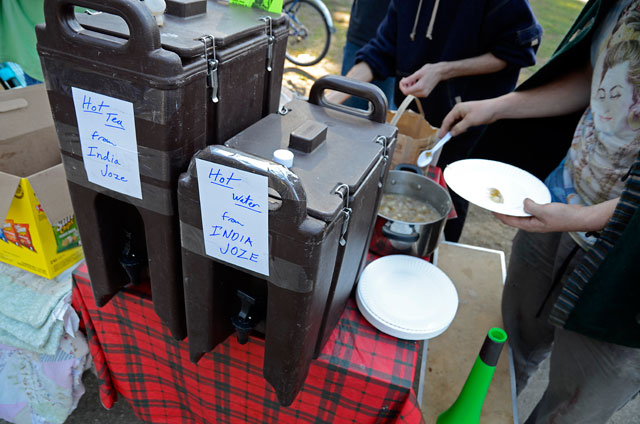 The restaurant India Joze has donated food and beverages to Occupy Santa Cruz several times. In the background is a pot of onions and potatoes which was brought over by a man who lived nearby. As he ate with the occupiers, the man commented, "no matter how broke I am, I can always feed people onions and potatoes."
§October 29
by Alex Darocy Thursday Nov 3rd, 2011 11:16 PM 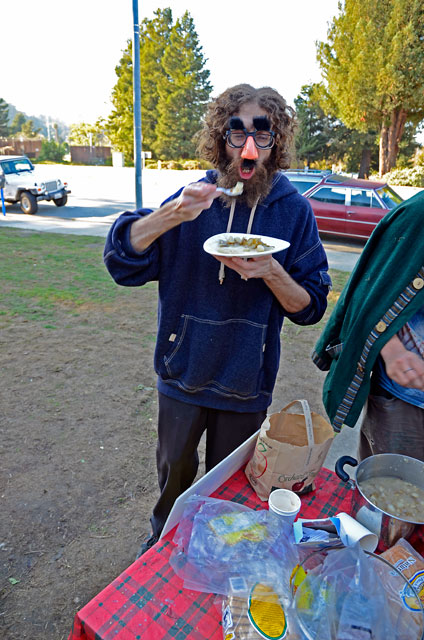 The man who brought over the onions and potatoes dish, having fun with the photo op.
§October 30
by Alex Darocy Thursday Nov 3rd, 2011 11:16 PM 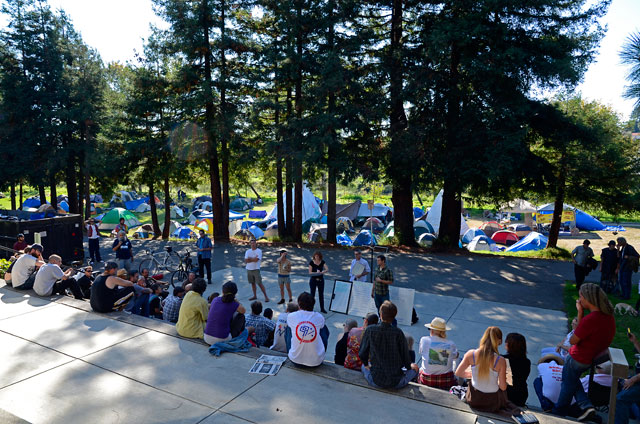 For the first time, the general assembly was held on the side steps of the county courthouse. The occupiers hoped that changing the location of the GAs on Sunday to an area closer to the camp would help decrease the level of its isolation from the majority of the group.
§October 30
by Alex Darocy Thursday Nov 3rd, 2011 11:16 PM 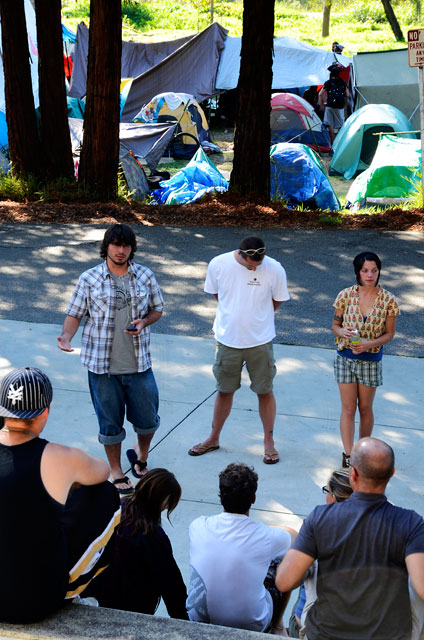 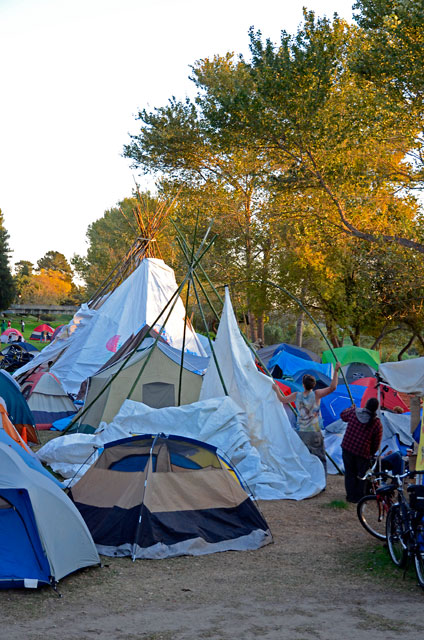 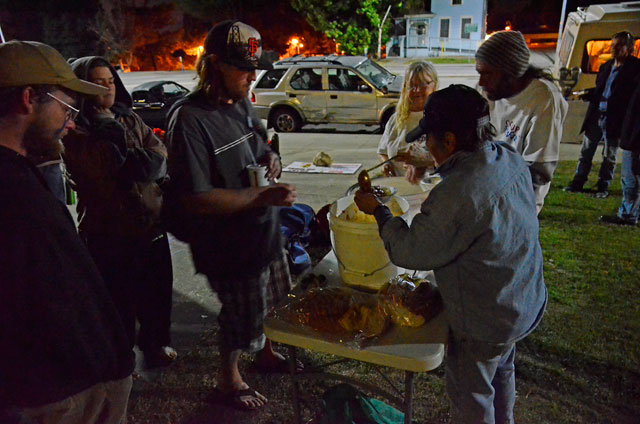 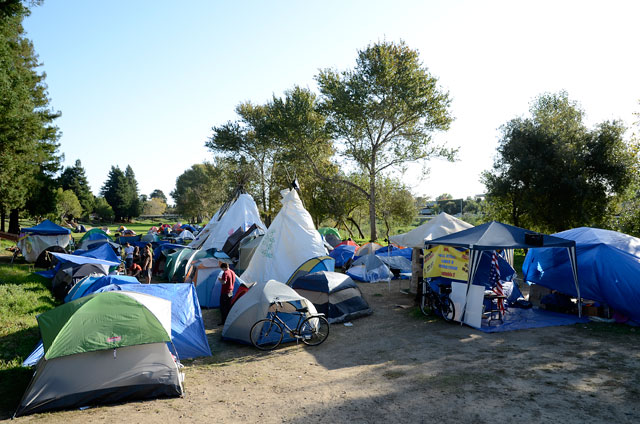 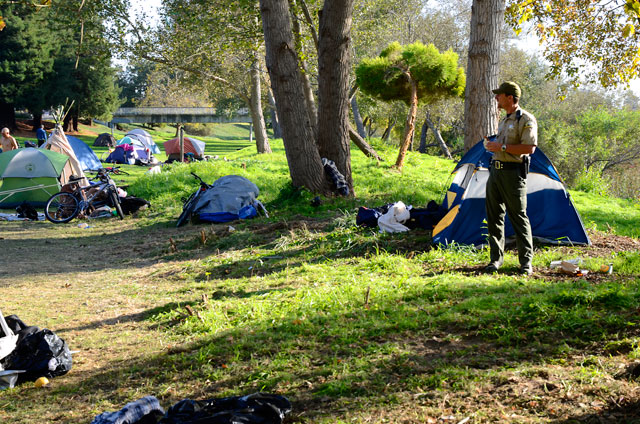 A park ranger with the city asked campers to move the tent onto the main benchlands area, and away from the line of trees that seperates that area from the San Lorenzo River.
§November 2
by Alex Darocy Thursday Nov 3rd, 2011 11:16 PM 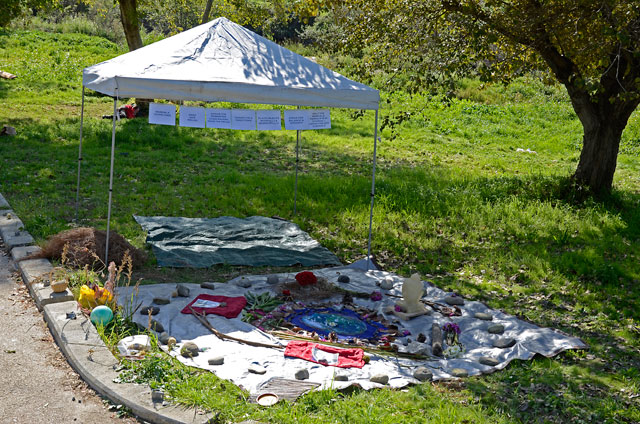 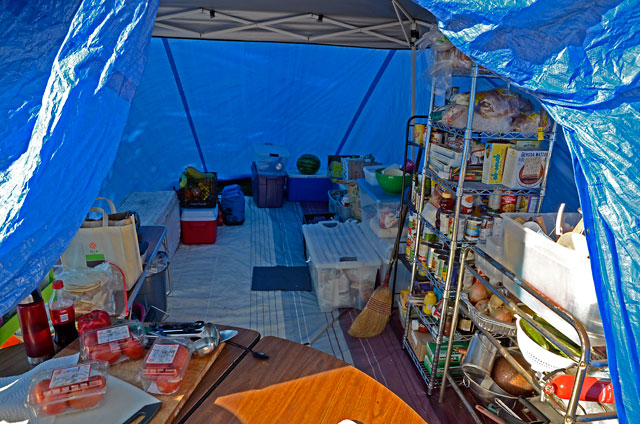 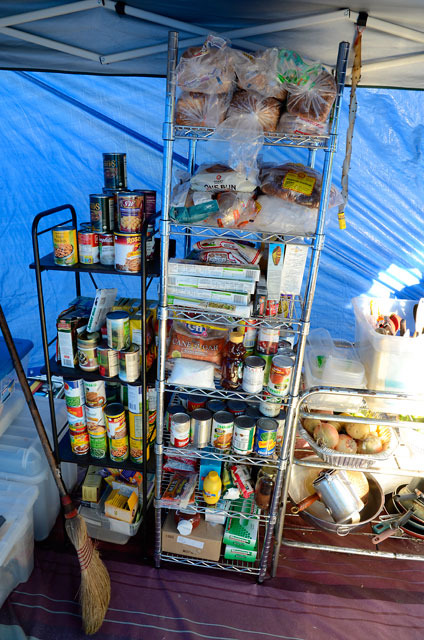 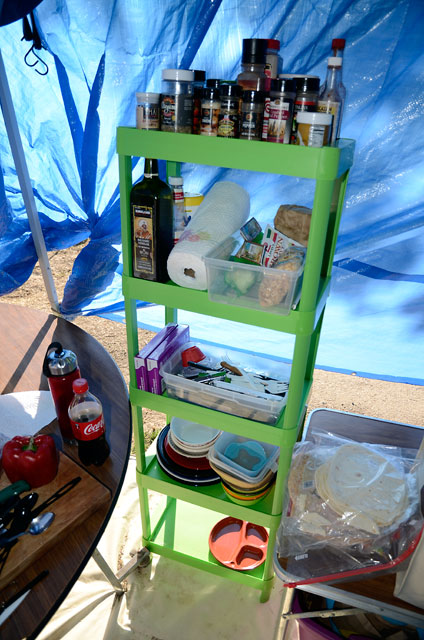 Evolution of the Camp at Occupy Santa Cruz, Part 2
http://www.indybay.org/newsitems/2011/11/03/18697231.php
Add Your Comments
LATEST COMMENTS ABOUT THIS ARTICLE
Listed below are the latest comments about this post.
These comments are submitted anonymously by website visitors.