Add an Event
Newswire
Calendar
Features
Home
Donate
From the Open-Publishing Calendar
From the Open-Publishing Newswire
Indybay Feature
Publish to Newswire
Add an Event
Related Categories: Santa Cruz Indymedia | Global Justice & Anti-Capitalism
Occupy Santa Cruz Holds Demonstration in Support of the General Strike in Oakland
by Alex Darocy (alex [at] alexdarocy.com)
Thursday Nov 3rd, 2011 12:30 AM
In solidarity with the call by Occupy Oakland for a general strike, which was in response to the police violence in Oakland that resulted in the serious injury of Scott Olsen and others, Occupy Santa Cruz members called for a strike to be held in Santa Cruz on November 2. Suggestions to avoid work and or/school were made, and community members gathered at the county courthouse steps for a march and demonstration downtown. 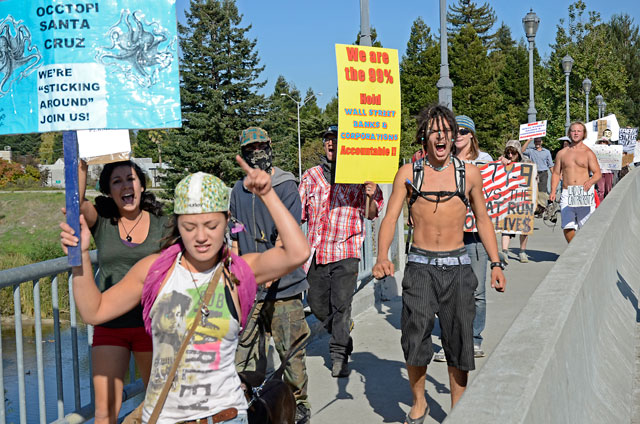 Approximately 50 people participated in the march, which first made visits to Bank of America and Wells Fargo, then continued downtown to Friendship Garden in front of Jamba Juice and the Flatiron building, where a rally was held that featured an open mic segment. Among a variety of topics, people spoke about what was going on at Occupy Oakland, and they spoke about Scott Olsen and paid tribute to him, including chanting repeatedly in unison, "I am Scott Olsen, I am Scott Olsen." On the way back to the county courthouse occupation location, the demonstrators stopped again at Bank of America. Both that bank and Wells Fargo still had security guards in place that locked the doors when protesters arrived. 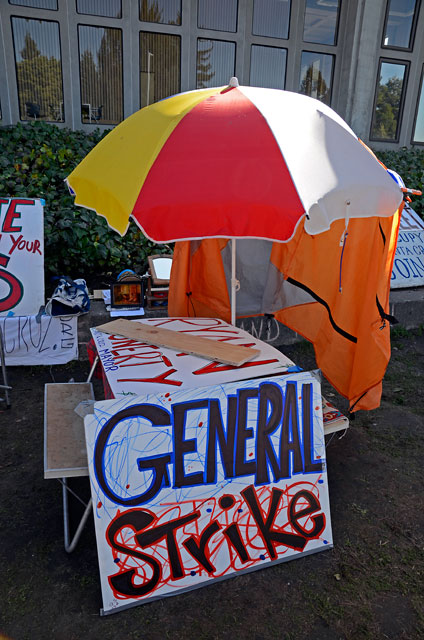 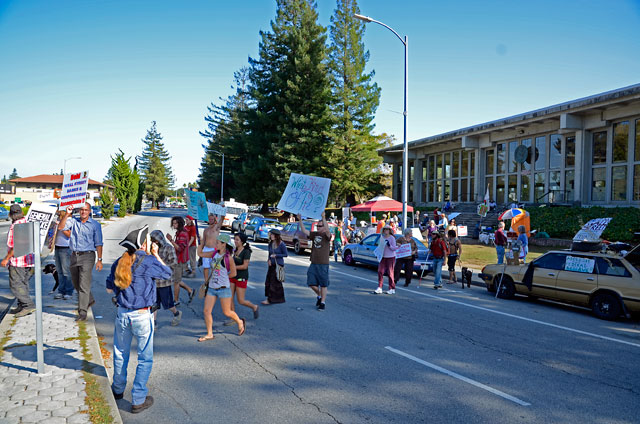 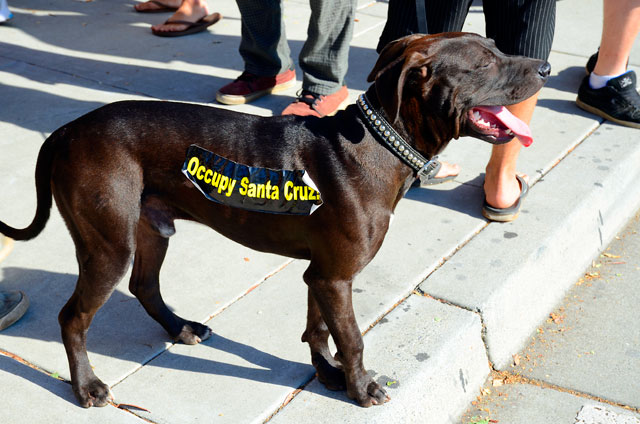 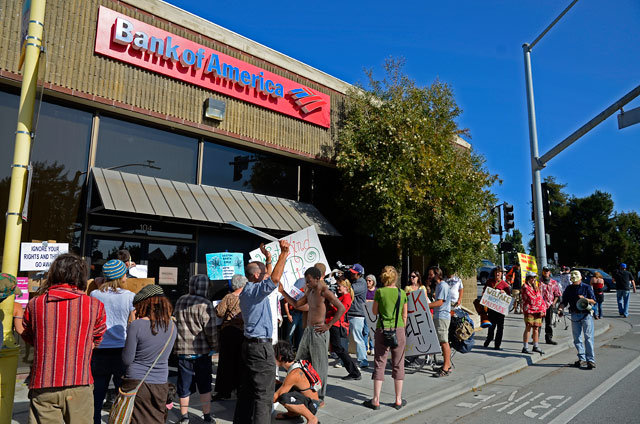 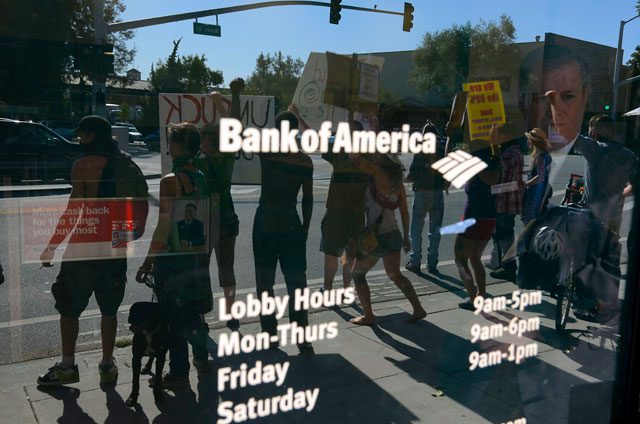 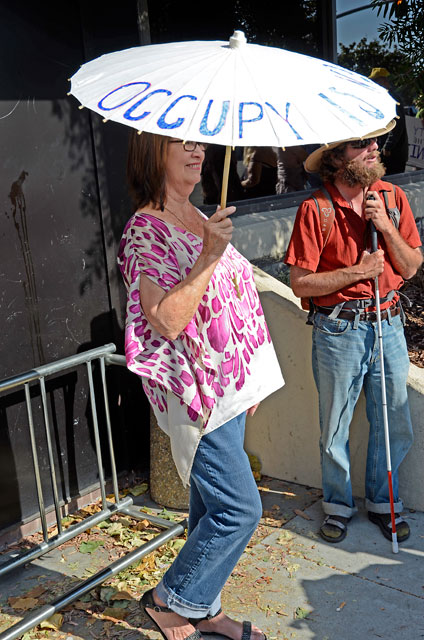 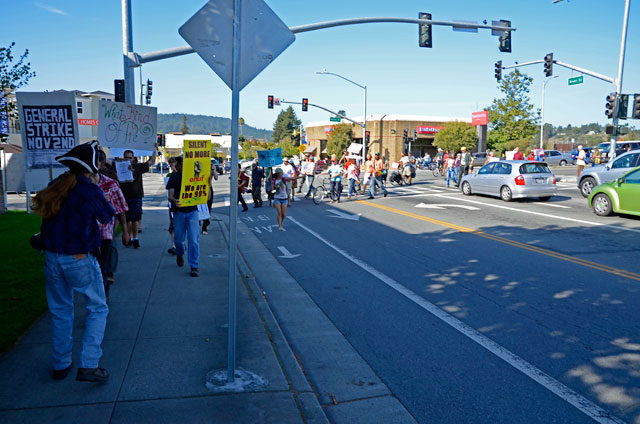 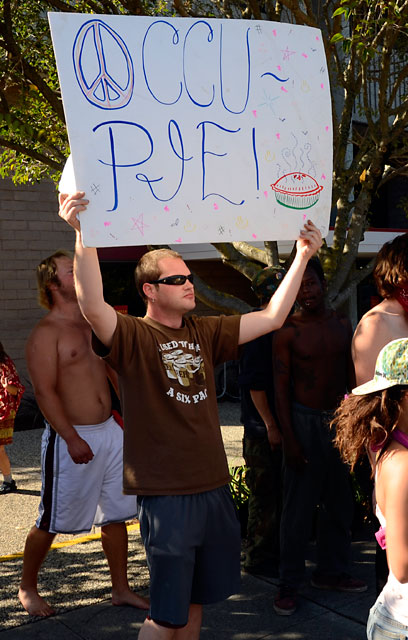 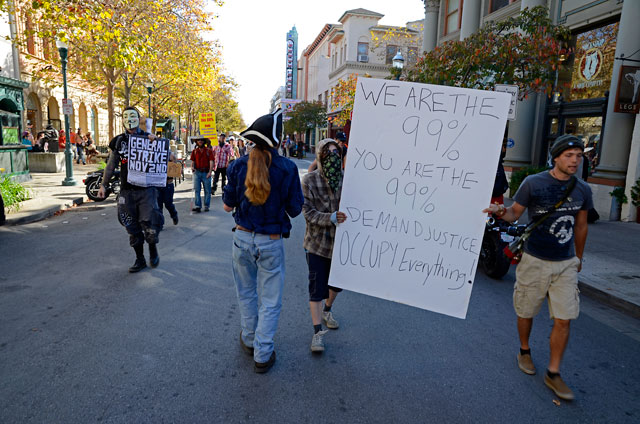 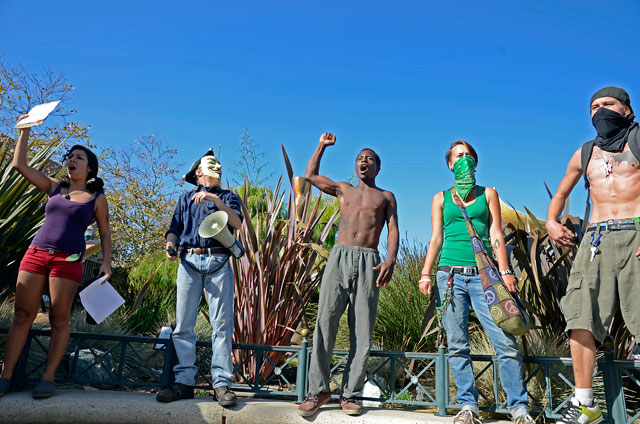 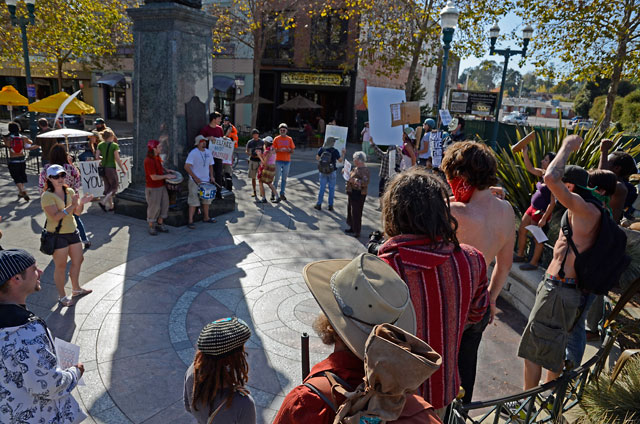 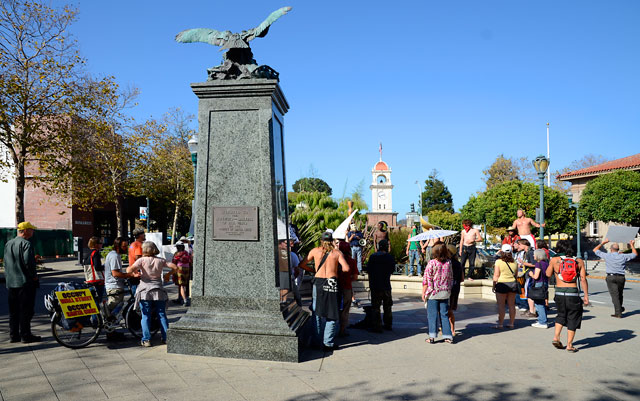 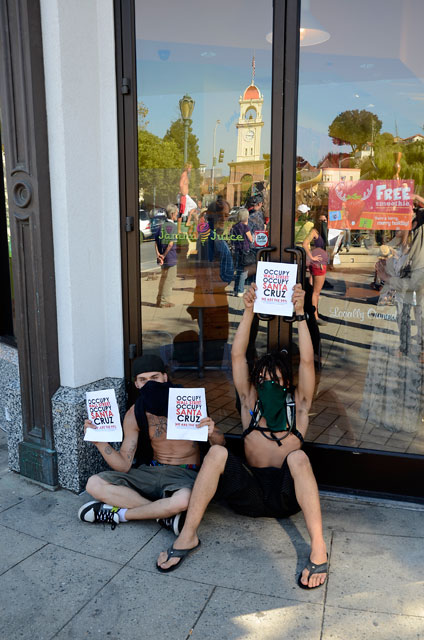 Demonstrators commented that Jamba Juice was not honoring the strike, and several of them briefly blocked one of the store's entrances.
§
by Alex Darocy Thursday Nov 3rd, 2011 12:30 AM 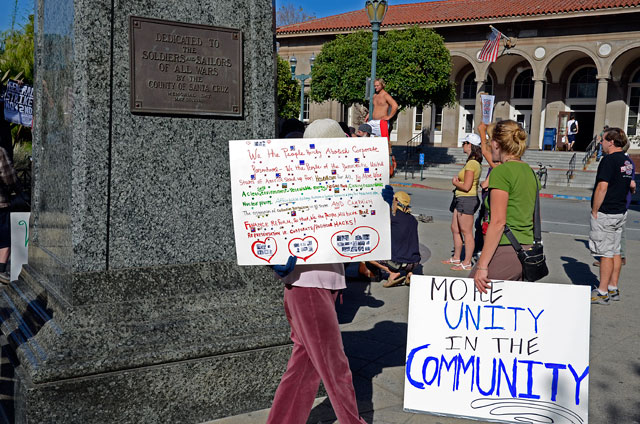 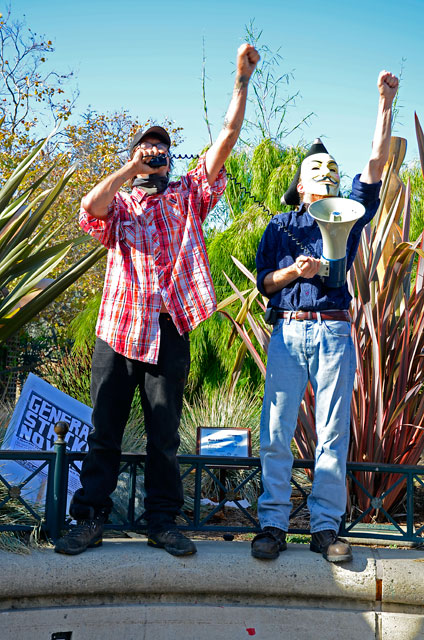 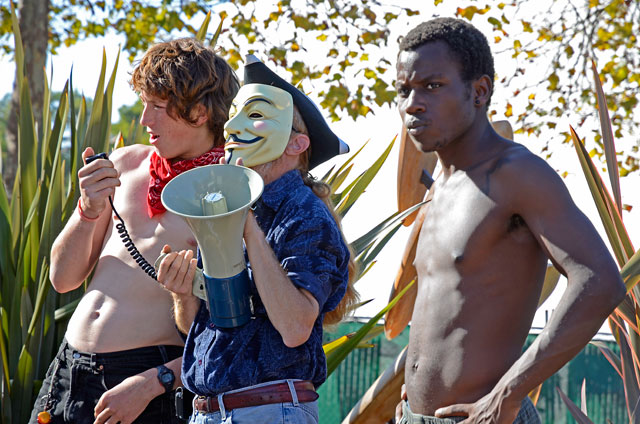 The man with the red bandana had just visited Occupy Oakland.
§
by Alex Darocy Thursday Nov 3rd, 2011 12:30 AM 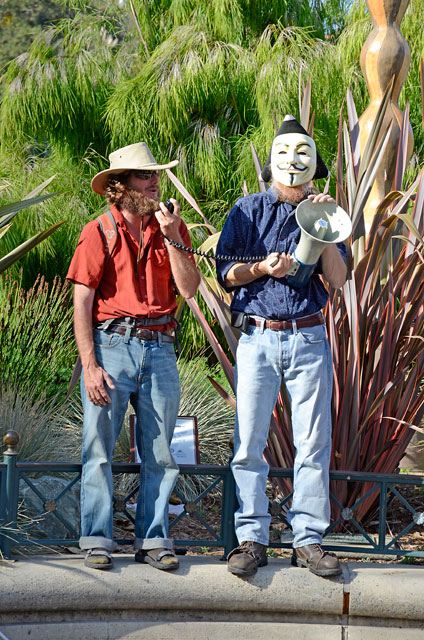 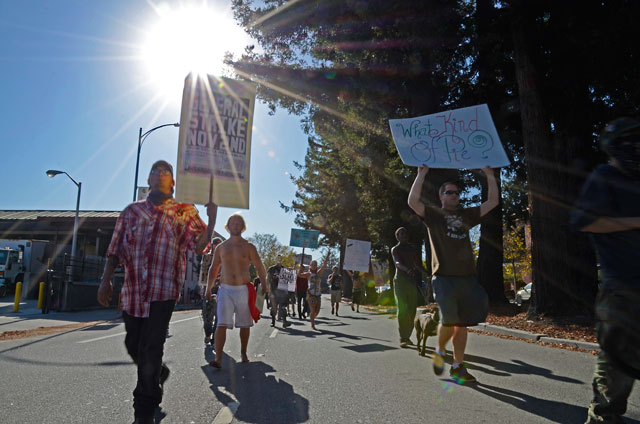 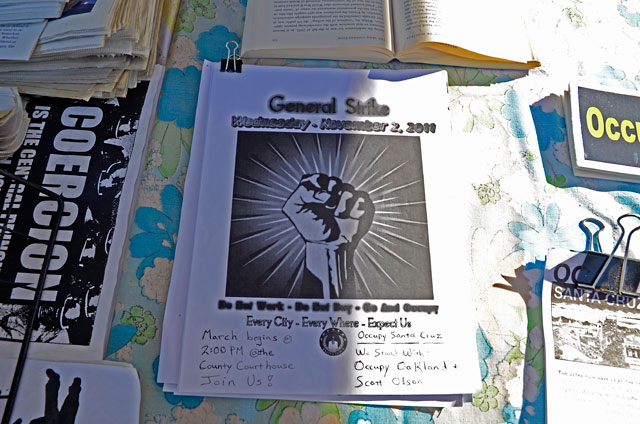