by Jane P. Perry (jpperry [at] berkeley.edu)
My first hand account of Occupy Oakland's General Strike, including a 5 minute audio from the March and occupation. 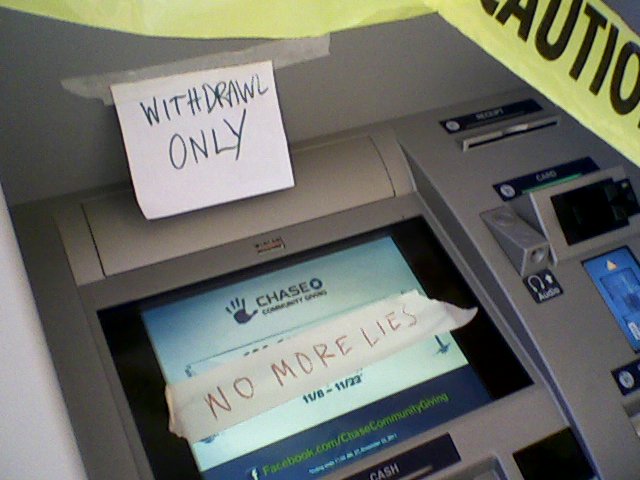 It is 8:52AM at 14th Street and Broadway in downtown Oakland, the site of an assault on citizens by police just eight days ago. Occupy Oakland General Assembly responded, by consensus, to the clearing of their camp by calling for a city-wide general strike today, beginning at 9AM. The last general strike this nation had occurred in Oakland in 1946. People carrying signs are crossing the intersection following the traffic lights. It is time to move out onto the streets and start our strike.

Traffic is approaching the intersection from 14th Street. Someone with a t-shirt that says in marker: “The 99%” leans back onto the front car and rests on the hood. The front seat passenger gets out and is frantic: “I am one of you! I have to get to work!” With encouragement from the crowd, the car is given room to make a right turn away from the interaction. We wave other cars to turn around as a city bus figures out it will have to make a u-turn. A huge sound system is in full swing off of a flatbed truck. We are encouraged to introduce ourselves to our neighbors. I tell the woman next to me that I am a third generation public school teacher and I am striking to take back the spirit of vitality, creativity and inquiry for children and teachers weighed down my rote testing. “And you?” I ask. She tells she is a single parent. “It’s just been really hard. Trying to make ends meet and getting by with less and being afraid of losing my job.” She tears up. It is very emotional to acknowledge how hard so many have been working to try and keep up. Enough is enough.

An indigenous elder encourages us to meditate so we can embrace our balance and power. She reminds us that the fifty to seventy mile an hour winds that blew up last night were not a coincidence, but a sign of change. Angela Davis encourages us and brings word from cities and nations across the world. A flash mob dances “I Will Survive Corporate Greed” as we sing along the refrain, and then, the dancers lead us off into the march. Some stop at the state building. The march continues to Wells Fargo, where more stop to block entrances. A woman asks me to write moveyourmoneyproject.org on her open chest. “I just found this eyebrow pencil in my purse. You gotta go with your assets,” she smiles brightly as she looks down at her cleavage.

Teachers break off to go the few blocks to Laney, our downtown community college. I join them and we chant. A helicopter accompanies us. We joke. What kind of trouble are teachers going to get into? Spilling school supplies? What supplies? Laney is in full gear with its own pre-march rally. Tombstones line their plaza: “RIP More than 500 Courses District Wide,” “RIP Life Long Learners Students Custodians Counselors Teachers.” Bernadette, from a local school, is selling bags of potato chips out of her backpack to collect money to send her kindergarteners to the Oakland Zoo because there is no money in the budget for field trips. Young people, families with small children, some tiny infants, instructors, school teachers, and community members march first to the district admin building to read a “Notice of Eviction” for school board members, then along towards 14th and Broadway. On the way a man and woman stand outside their Chinese market storefront. The man has a child’s plastic tennis racket in his hand. I smile and show my “Human Need not Corporate Greed” sign. The woman flashes a peace sign with wonder in her eyes. I return the gesture. Both give us the thumbs up and smile.

We arrive at 14th Street. Up ahead, the plaza at Broadway is dense with people. We march on. I see a College of Alameda t shirt. This is a community college district march in solidarity with Oakland. How many blocks have we gone now? 12? A family I saw at Laney is still with us: one child in a stroller, one up to my thigh, one up to my waist and both on scooters with an orange protest band on their arms. Marchers make a run on Coco Café for fuel. There is a crowd at the Union Bank, maybe 200 or more, blocking the entrance, I think, until we round the corner and I see 200 more people making a ring around the bank. We stop at Chase Bank.

An “Occupy the Banks” banner stretches across the street. Judging from the three thousand people I saw at the General Assembly a week ago, the crowd at Chase is upwards of seven thousand at least. “Keep your eyes out!” a man calls as he moves through the crowd. “There are police amongst us.” “Are they in uniform?” a young Muslim woman asks from within her circle. “No,” is the response. “There could be provocateurs.” I ask the women if they have the telephone number for legal services, passing them my pen and extending my bare arm with the number. One says, “I should have it memorized by now – all the times I have written it on myself!” As a group we move forward towards Bank of America. We pass an elderly woman with one bag of groceries next to her, sitting on a city bus bench watching us all stream and leak past her. “Busy spot here, eh?” I say, wondering if we are disturbing her. “I love it,” she says, and I notice now her radiant smile and her nod in time to the chants. I approach a Bay Area Rapid Transit Supervisor standing at a corner. “Can you tell me why you are here?” I inquire. “Just seeing what’s happening. I think this is wonderful. We are all feeling the pinch, you know. Thank you for doing this.” Looking down the avenue we are on, I can see a ribbon of people around another bank. I see the Occupy Oakland medic I served a meal to yesterday from the plaza free kitchen. An elder stands on a cement lip and rings a dinner bell to the chants.

I retrace our steps, to see if people have stayed to continue to occupy the doorway of Chase. A suited US Bank manager-looking man is ripping down protest signs attached to the outside of his building. One is an enlarged withdrawal slip, with Prisons, Foreclosures, Militarism, Immigration Detention, and Coal Investment all checked off and signed by “We are the 99% Make banks pay!” He angrily wads up the signage and returns inside the bank. Someone locks the door. Several others now have the wads of paper. They smooth the signs out, holding them up to read, and then deliberately press out the creases. Our message is being carefully saved.

The crowd at Chase has dispersed, but five people are sitting in front of one set of doors. Seven are sitting in front of another set of doors. The five are telling a protest monitor that the bank employees had used a chain to lock themselves in, but took the chain off when media cameras recorded them. A man in a white Security jacket escorts a Chase employee out, to cheers. He returns to the door, explaining that he needs to get his car keys. Those blocking the door politely refuse to move and begin to chant: “Pass the car keys out!” repeatedly. I see two police officers approaching. I move to let them pass, then urge passersby: “Stay to be a witness.” Several wait. The police officers move on. Another woman and I follow. We all reach a stop light. One of the officers turns to me and I greet him, asking him how he’s doing. He says he is fine, and asks the same of me. My companion and I watch as the officers stop to joke with two street observers they know. As the police leave I say “Be safe.”

I return to Oscar Grant Plaza, passing an electronics store with a barker out front: “Get your Occupy Video Cameras here! You, too, can make the news!” I am greeted with a bullhorned “Welcome to Occupy Oakland” as I cross over a traffic block to the now pedestrian walkway of Broadway. Musicians play in several spots. Caucuses are gathered. People talk with attention and focus. The Chinese Progressive Association. The Pan Pacific Environmental Network. The Teamsters. A woman with a mike says she is from Radio Russia and says she is recording audio and can she ask me why I am down here at the plaza. I strike up a conversation with a man in a General Strike t-shirt. He is from San Francisco. He says he has been wearing this shirt for 20 years, and shows me the frayed edges on his collar. “This is a beautiful, memorable day. We have a long road ahead, but this is a great day.” I circle around the plaza to the General Assembly Area. A banner hangs across on one side: THIS IS WHAT DEMOCRACY LOOKS LIKE @ Oscar Grant Plaza. General Strike and Mass Day of Action November 2, 2011. It is 3:15PM. The smoke from the Teamsters free barbeque is wafting: http://redroom.com/member/jane-p-perry/media/audio/occupy-oakland-november-2nd-general-strike 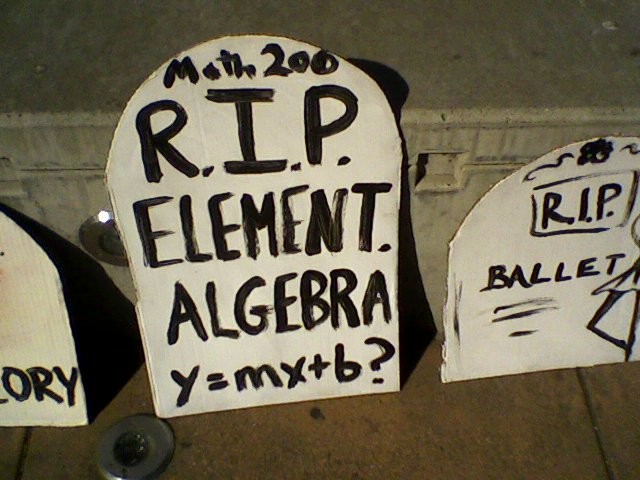 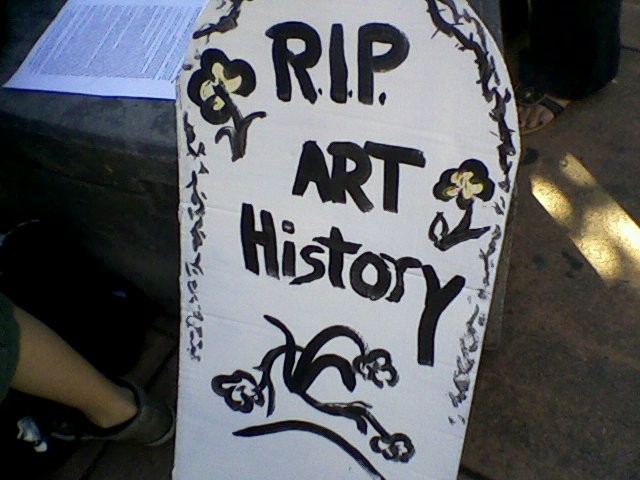 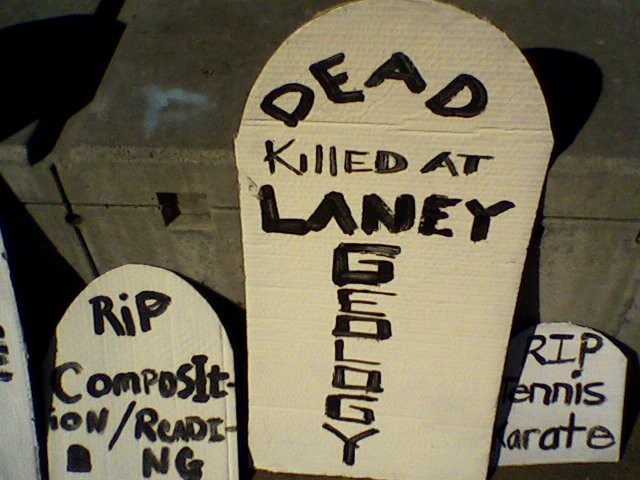 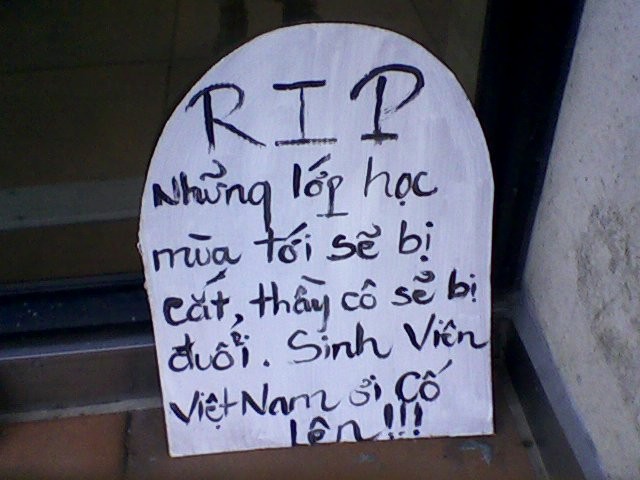 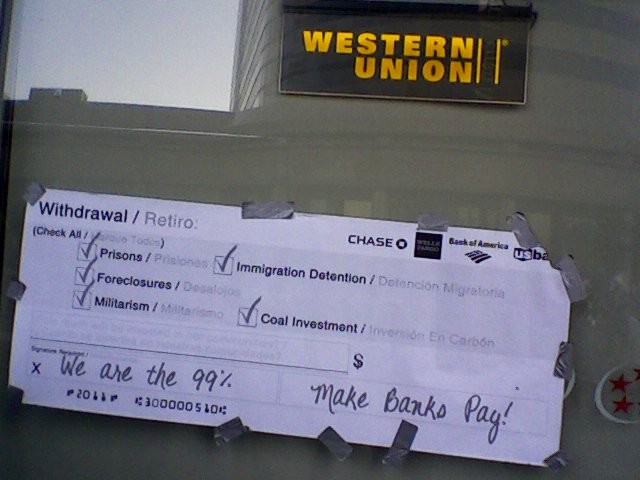 Ripped from wall by bank employee, then carefully smoothed and pressed behind locked doors
END_OF_DOCUMENT_TOKEN_TO_BE_REPLACED
Add Your Comments
Support Independent Media
We are 100% volunteer and depend on your participation to sustain our efforts!