The Destruction Continues - At the Homeless Encampments in Downtown Fresno

by Mike Rhodes (editor [at] fresnoalliance.com)
The City of Fresno and Caltrans moved into a second homeless encampment in downtown Fresno this morning (they destroyed the Santa Fe encampment last Thursday). The encampment they targeted today is on H street, under and around the Monterey bridge. The photos below show the destruction of property that took place during this clean up. 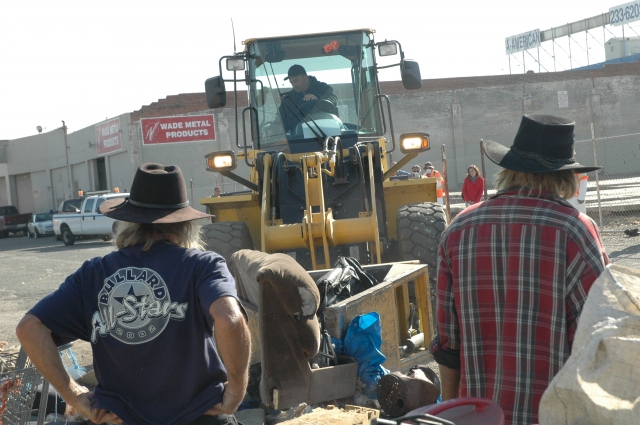 original image (3008x2000)
Photo above: These two homeless men watch as the City moves in to “clean up” their camp.

About 30 protesters who showed up this morning to support the homeless and document the destruction. Here are three points the protesters were making:

1. We are protesting here today because the City of Fresno is making life harder for the homeless by evicting them.
2. Contrary to the city's statements, the vast majority of these homeless people will not be given housing and there are not enough shelter beds for everyone.
3. We are calling on the City of Fresno to provide a safe and legal place where homeless people can live, until the time when they are all provided with housing. 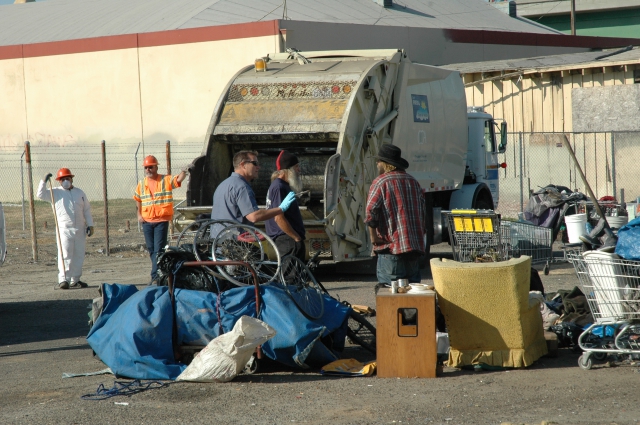 original image (3008x2000)
This was the confrontation that took place a couple of minutes before the first photo was taken. These homeless men were told to leave. They said they had no place to go and they needed more time. 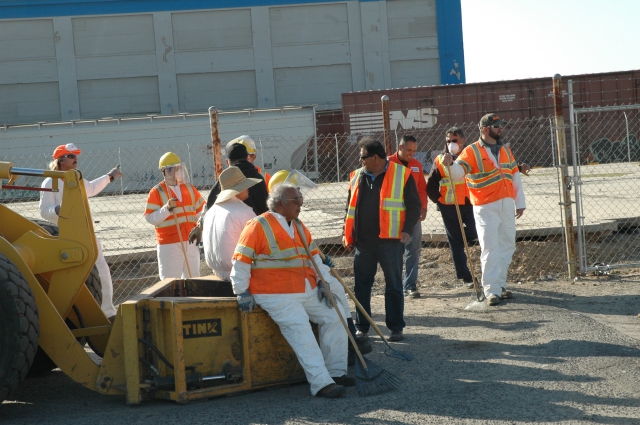 original image (3008x2000)
This is the City of Fresno work crew, waiting for the two homeless men to clear out.
§Steve
by Mike Rhodes 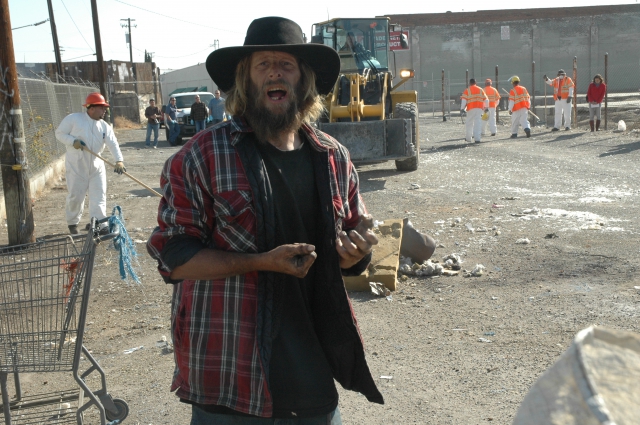 original image (3008x2000)
Steve, one of the two homeless men, looks like he is in pain as the city workers finish the “clean up.”
§Shopping Cart Clean-up
by Mike Rhodes 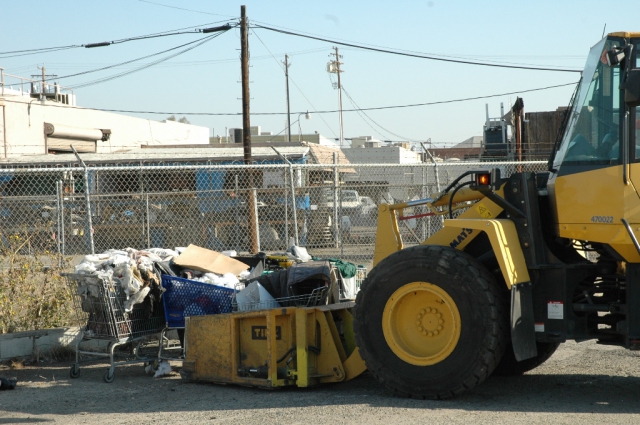 original image (1024x681)
The City of Fresno destroyed all of these shopping carts today
§A Violation of the Court Order?
by Mike Rhodes 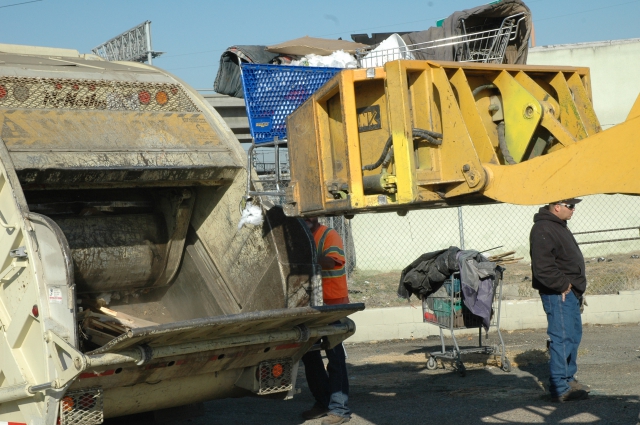 original image (3008x2000)
The Federal Court ruled that the City of Fresno could not take and immediately destroy homeless peoples property. Is it possible that the shopping carts have value? How about the blankets or sleeping bags that appear to be on top of the shopping carts?
§Shopping Carts being Crushed
by Mike Rhodes 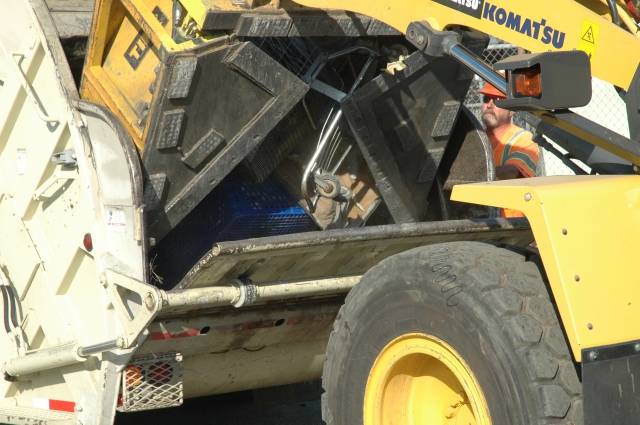 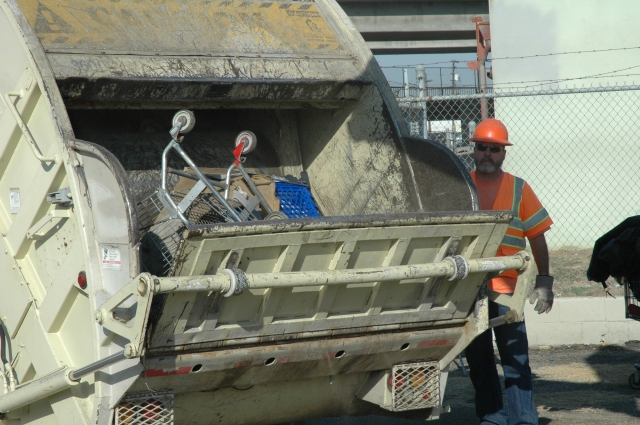 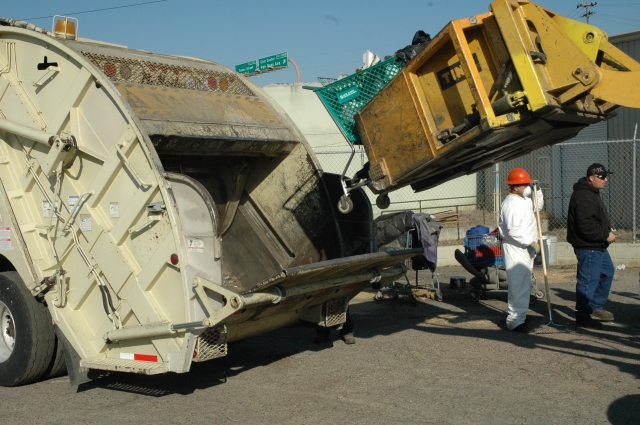 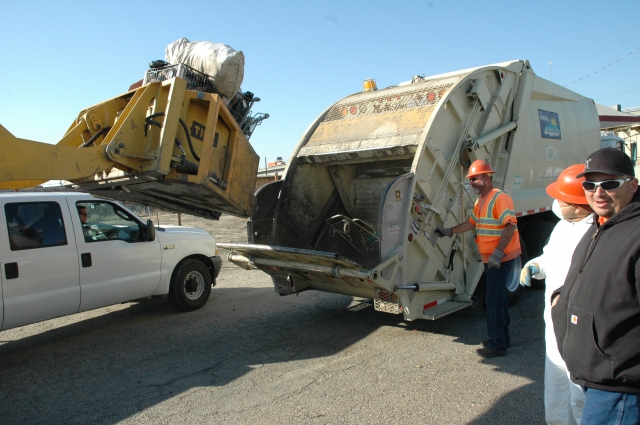 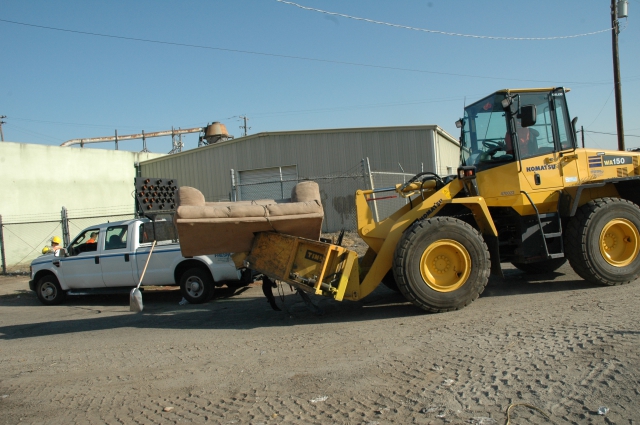 original image (3008x2000)
Add Your Comments
Comments (Hide Comments)
§Thank you for Witnessing. It must have been painful to watch
by ann
I'm glad you are sharing these pictures of the illegal actions by the City of Fresno. I will share far and wide and let all I can know about the inhumanity of the City of Fresno and what Government is like when city Administrators and Christian Neo-cons who work for the Developers instead of the citizens of a City.

I hope besides lawsuits against the City of Fresno there are also ones against the Mayor, City Manager and Gregory Barfield (whatever his position is in supposedly helping the homeless).

I have faith that there will be Karma done upon the Mayor, City Manager, and Mr Barfield as well as the workers who participate in the destruction.
Add a Comment
§maybe some National Lawyers Guild Lawyers can help the Fresno ACLU team
by g
http://www.truthout.com/volunteer-attorneys-steer-occupy-protesters-through-legal-system/1320066447