In response, on Wednesday October 26, 2011 in reclaimed Oscar Grant Plaza. 1607 people voted. 1484 voted in favor of the resolution, 77 abstained and 46 voted against it, passing the proposal at 96.9%. The General Assembly operates on a modified consensus process that passes proposals with 90% in favor and with abstaining votes removed from the final count.

The following is important union support for the call for the general strike and mass protests. 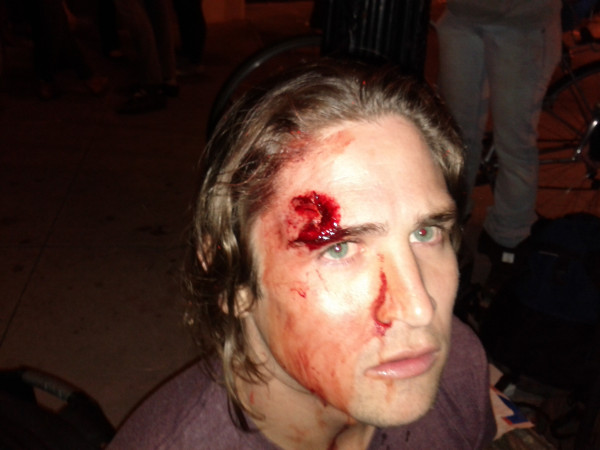 [*Note, photo above is not Scott Olsen.]

1. Defend Occupy Oakland With The Muscle of Organized Labor [A statement from leading ILWU and IBU members supporting the protests and general strike called for November 2 by Occupy Oakland.]

2. Resolution Passed by Carpenters Local 713 to Join the General Strike and Protests


DEFEND OCCUPY OAKLAND
WITH THE MUSCLE OF ORGANIZED LABOR

Demonstrators in downtown Oakland protesting the bank-driven economic crisis were brutally attacked by police from 18 Bay Area agencies on Tuesday Oct. 25. Mayor Quan, who was supported by ILWU Local 10 in the recent elections, ordered this bloody assault. Cops used potentially lethal weapons to break up the occupation of Frank Ogawa (now renamed Oscar Grant) Plaza just as they did in the port against anti-war protesters in 2003. That police attack was even criticized by the UN Human Rights Commission and ended up costing Oakland over $2 million in civil suits.

Then-Local 10 longshoreman Billy Kepo’o was hit in the hand by a police tear gas canister causing a bloody mess. Now, Iraqi war vet, Scott Olsen, was hit in the head with a police projectile, causing a fracture and putting him in critical condition in Highland Hospital. This is exactly what killed one of the strikers in Seattle in the Big Strike of 1934. That history of police violence against strikers is why our Local 10 Constitution bans cops from membership in our union.

ILWU is under attack from PMA employers, not just here in the port of Oakland but especially in Longview, Washington. Our jobs and the survival of the ILWU as a fighting union are at stake. We heard the report of our Longview Local 21 brothers at our union meeting last week and we pledged our solidarity, just as we did for other unions under attack, whether in Charleston, South Carolina or Madison, Wisconsin.

At the same time there is an outrage at the bankers and the capitalist crisis which has caused massive hardship on the working class. Occupy Oakland protesters have called for a General Strike on November 2. Whether this actually means real strike action by workers depends in large part on union participation. Local 10 has always been in the lead in the labor movement and all eyes are on us. As a first step, in defending our union and others against economic and political repression, we need to mobilize our members to participate in the rally and occupation November 2 in Oscar Grant Plaza. Shut it down!

Carpenters Local 713 represents 3,000 mostly private sector construction workers in Alameda County, California and passed the following motion last night (Thurs October 27th,2011) by a standing vote with an overwhelming majority.
Please feel free to distribute widely. Thanks.
...
Local 713 of the United Brotherhood of Carpenters stands in solidarity with the Occupy Wall Street movement. We support the right of all working people to organize and peacefully assemble to demand their rights.

We further agree that the 1% should not continue to go untaxed while the 99% face layoffs, pay and benefit cuts, foreclosures and the closing of our children’s schools and our public services.

We further strongly condemn the police brutality used against the Occupy Oakland movement and the devastating injury inflicted on Iraq veteran Scott Olsen.

We further resolve to support the call of the 2,000 Oaklanders at Occupy Oakland for a one-day strike in Oakland for Wednesday November 2nd, 2011, to protest our country’s rising inequality and the brutal actions of the police in the city of Oakland, California.

§Scott Olsen cannot talk due to the brain injury caused by police violence
by Steven Argue Saturday Oct 29th, 2011 2:57 AM 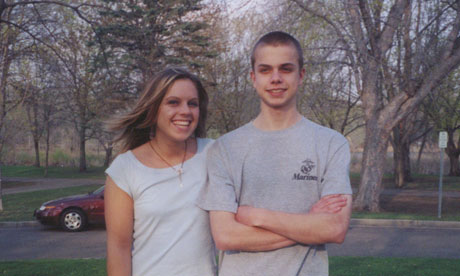 It has now been reported in the Guardian that despite waking up, Oakland Police victim and Iraq War veteran Scott Olsen cannot talk due to the brain injury caused by police violence. He has sustained an injury to the speech center of his brain.
§Where to Gather
by Steven Argue Saturday Oct 29th, 2011 2:59 AM
PLEASE FORWARD WIDELY

Liberate Oakland
... Shut Down the 1%
General Strike & Mass Day of Action
called for by Occupy Oakland

Converge on Downtown Oakland
to help shut down the city

§Urging from the populace
by Christian Barry
(cattalini71 [at] yahoo.com) Friday Oct 28th, 2011 10:00 PM
As a student of revolution and labor history, as a citizen and native San Franciscan, as a person who cares; I urge organized labor to join this strike November 2nd.

The Rank and File of strong unions would not have the power they possess today if it were not for the sacrifices of the women and men who struck before you.

1934 and 1946 were not in vain. Taft-Hartley and NAFTA cannot kill the working spirit of people. But the apathy of organized labor can hurt this movement. This is about ALL of us. This is about schools for your kids. This is about issues from the poverty in Oakland to the exploitation by Corporations seeking cheap labor accross the globe.

Please Stand in Solidarity with the People of the Bay Area and those who will travel to join the General Stike, poor, underemployed, students, teachers, non-organized workers, and your fellow rank and file. And we will stand with you. One day. One force. A Unity of Labor with the People. The World watches Oakland!!!!

And from this day we will continue.
Sincerely,
Christian Barry
Citizen for Labor
Add a Comment
Support Independent Media
We are 100% volunteer and depend on your participation to sustain our efforts!