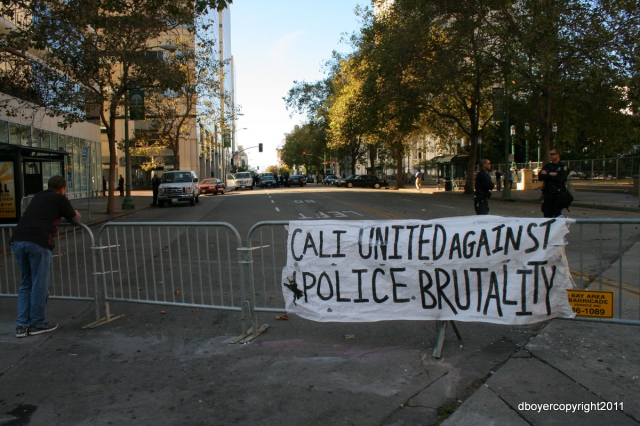 original image (1200x800)
via iReport blurb http://ireport.cnn.com/docs/DOC-695652
In the early morning hours on October 25th police raided the Occupy Oakland encampment. That caused a confrontation between police and protesters causing many injuries including that of Scott Olsen who is an Iraqi War Vet. Scott Olsen was hit on the head with a projectile which was shot by unknown police forces. He is currently in critical condition and is suffering from a fractured skull. On October 26th the protesters were back to retake control of Frank Ogawa plaza in downtown Oakland.

On Wednesday the Occupy SF location received letters warning of arrests and the destruction of their location if certain requirements weren't met. So people arrived at the Occupy SF location to defend it from a pending raid. The raid never occurred; however many local politicians and mayoral candidates were sitting with the Occupy SF-ers in order to stop the raid by police. However protesters protected that site with HUMAN SHIELDS and were ready for tear gas, and awaited arrest.
§Frank Ogawa plaza after clean up?
by D. Boyer Friday Oct 28th, 2011 10:10 AM 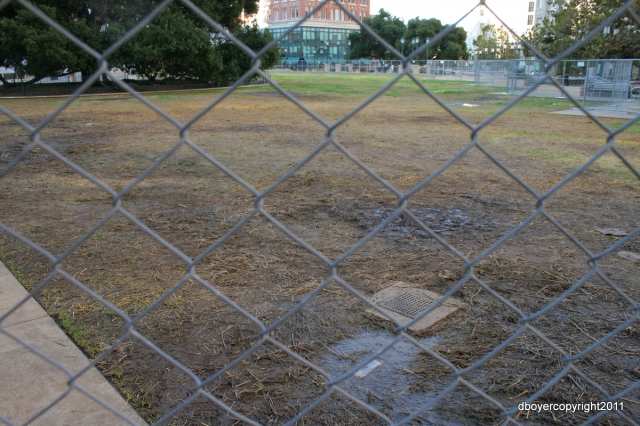 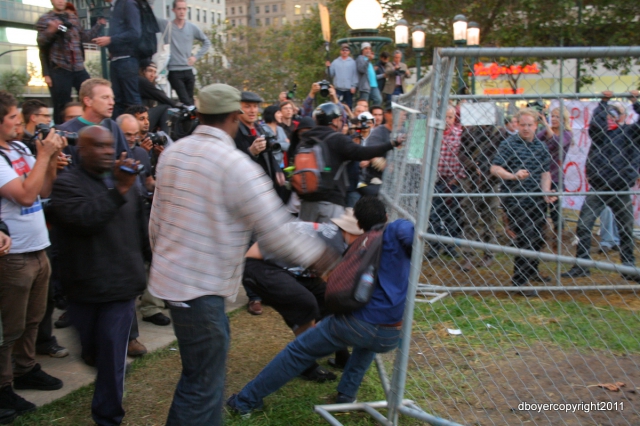 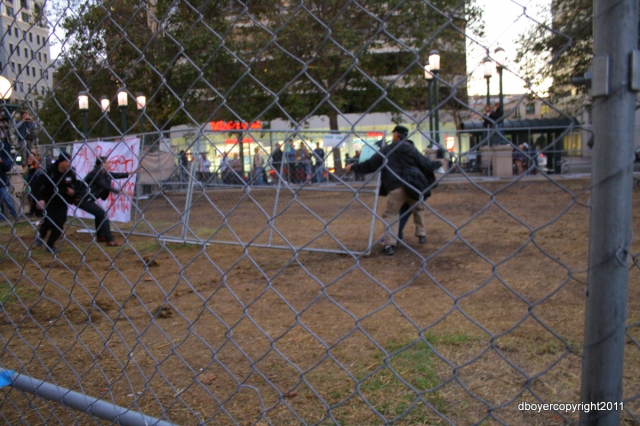 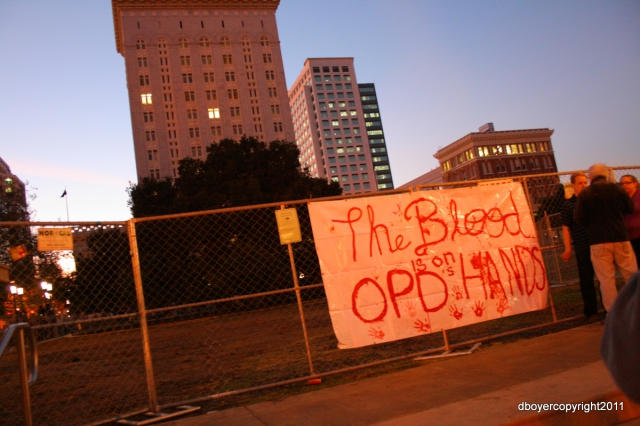 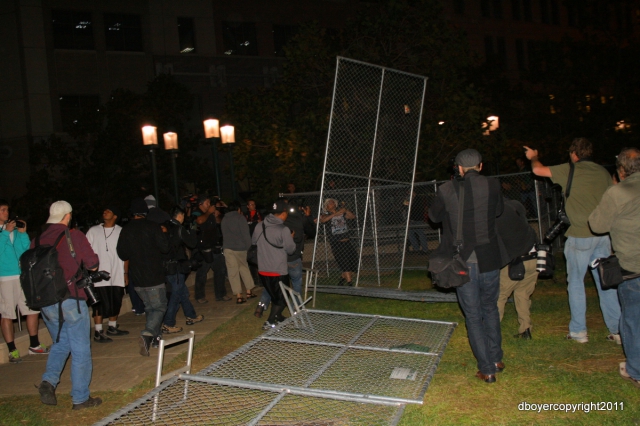 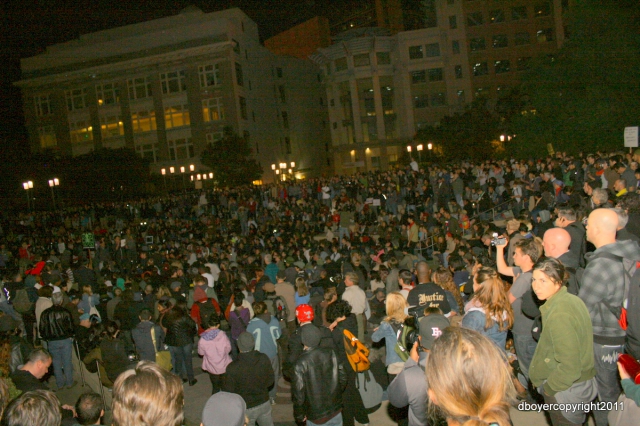 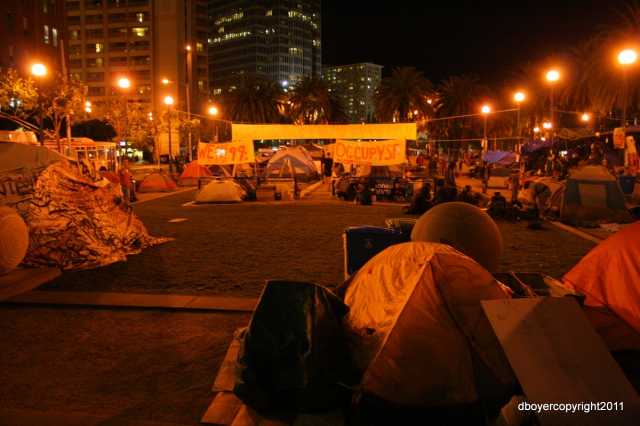 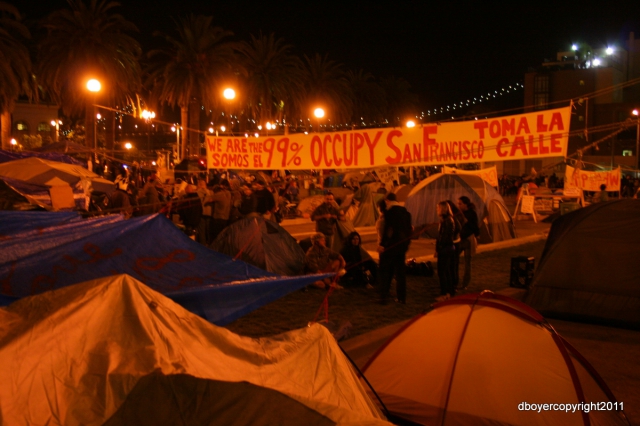 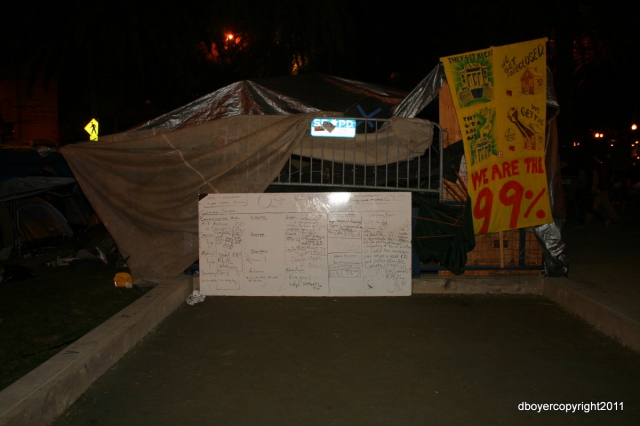 original image (1200x800)
I have been using my own code of ethics when it comes to photographing the Occupations. One of those is I am trying to avoid photographing peoples' homes(some tents). I would like to suggest the Occupy SF occupants to put up signs or give some indication whether they are okay with being photographed and or video taped. I know, it's more rules, but I also believe this must be thrown out there to preserve anonymity, privacy and respect. I have been using the idea of "news making event" when photographing the locations. For example "Occupiers regain control of Frank Ogawa plaza" or Activists use human shields to defend sites from police raids etc. Otherwise I don't think its wise to allow photography and video of everything.
§Human shields
by D. Boyer Friday Oct 28th, 2011 10:10 AM 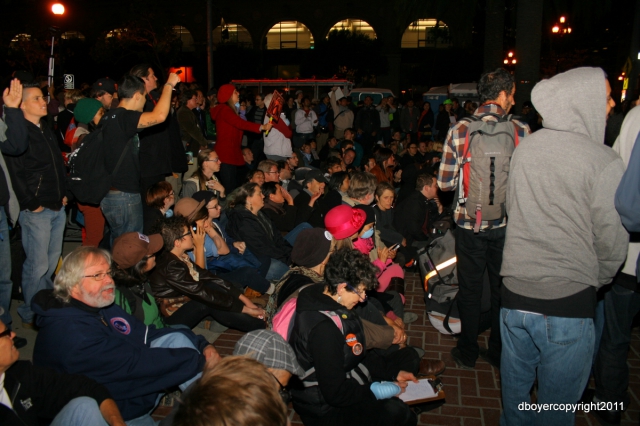 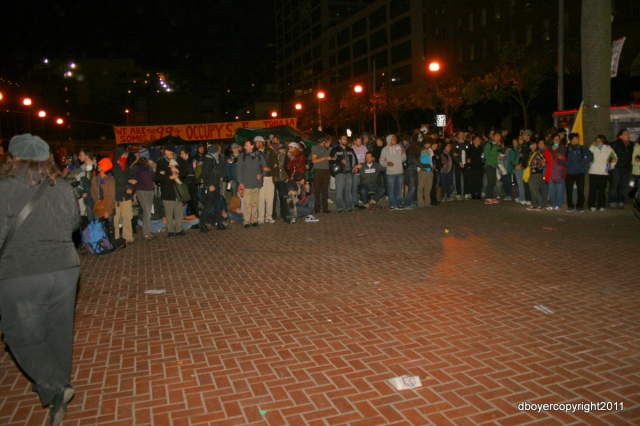 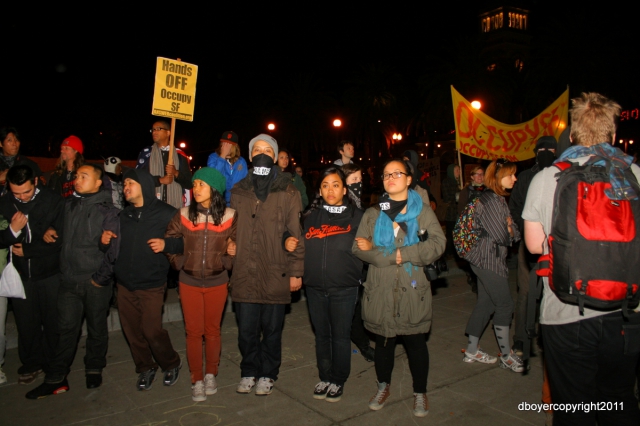 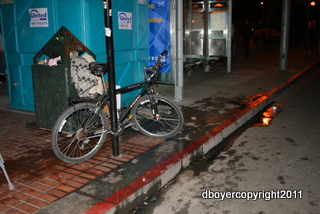 sorry about this disgusting picture. I made it small to minimize its effect. But I would like to make a point. If Mayor Ed Lee was serious about keeping the Occupy SF site clean then why do they let the porta potties over flow? Also there seems to be issues when finding legitimate places to relieve one self in SF. In other words there is a major lack of places to use a bathroom in SF, and that is probably why SF often smells like urine. Okay and yuck. DPW should have been out there cleaning up those porta potties.
§One more pic
by D. Boyer Friday Oct 28th, 2011 10:10 AM 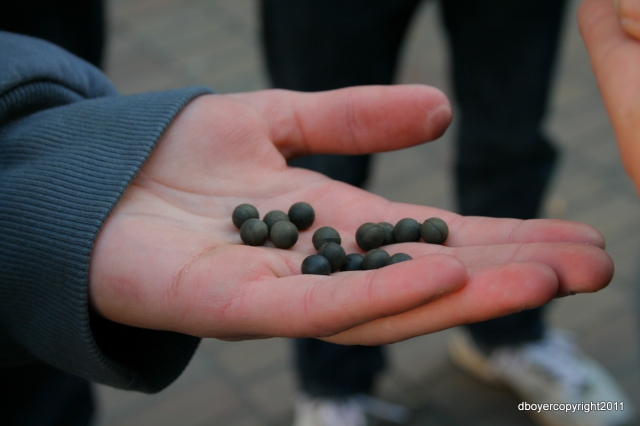 original image (1200x800)
Rubber pellets, shot at protesters. This pic has gotten over 2,000 hits on my Flickr account.
http://www.flickr.com/photos/rebelgirl/
Add Your Comments
LATEST COMMENTS ABOUT THIS ARTICLE
Listed below are the latest comments about this post.
These comments are submitted anonymously by website visitors.