Add an Event
Newswire
Calendar
Features
Home
Donate
From the Open-Publishing Calendar
From the Open-Publishing Newswire
Indybay Feature
Publish to Newswire
Add an Event
Related Categories: Central Valley | Health, Housing & Public Services
War Against the Poor (Part 2)
by Mike Rhodes (editor [at] fresnoalliance.com)
Thursday Oct 27th, 2011 8:20 PM
At about 3 p.m. this afternoon there was a standoff on the Caltrans section of the homeless encampment on Santa Fe street in downtown Fresno. Homeless advocates stood in front of a tent, preventing Caltrans workers from taking and destroying it. See photo below 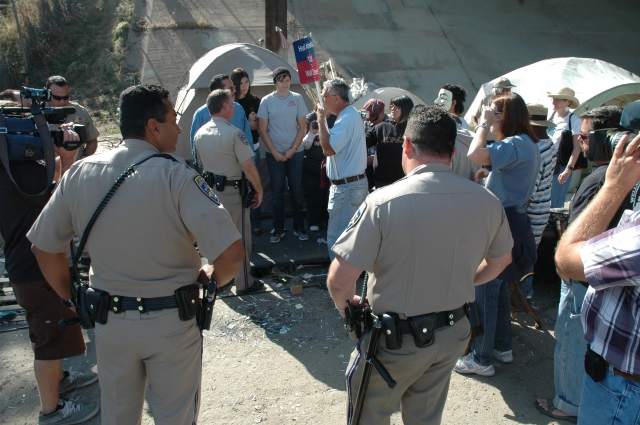 §Meanwhile - on the southern section of the encampment
by Mike Rhodes Thursday Oct 27th, 2011 8:21 PM 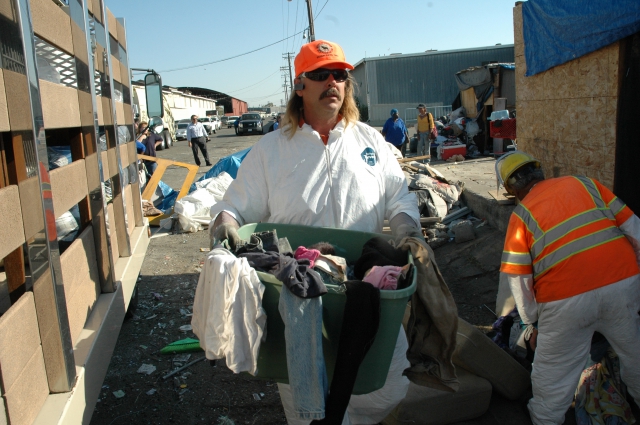 original image (3008x2000)
While homeless advocates prevented Caltrans from taking a tent, City of Fresno workers were busy removing the property from the shelters of homeless people.
§This homeless woman broke down as city workers took her property
by Mike Rhodes Thursday Oct 27th, 2011 8:21 PM 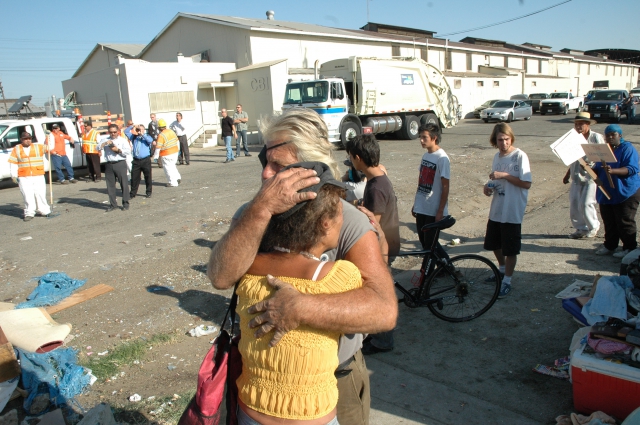 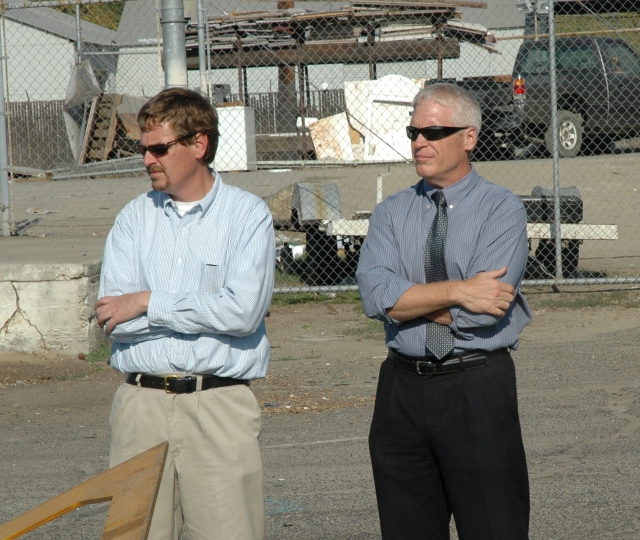 original image (1726x1457)
On the right is James Betts, the attorney the city hired to defend them last time they were in Federal Court for taking and destroying homeless people’s property.
§City Workers Removed Property from this persons home
by Mike Rhodes Thursday Oct 27th, 2011 8:21 PM 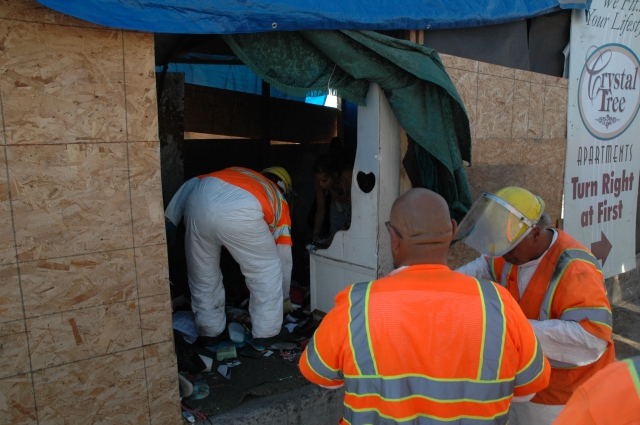 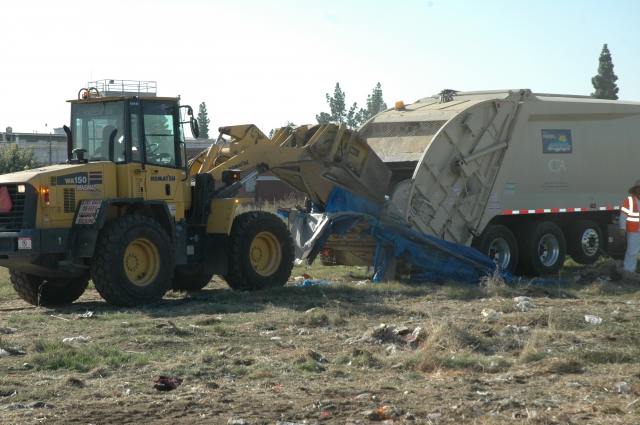 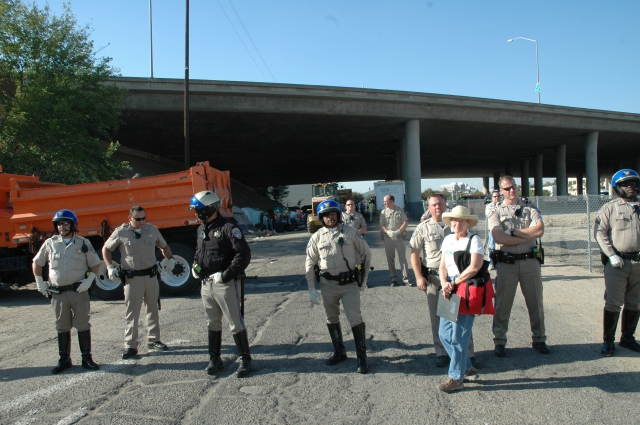 original image (3008x2000)
On the Caltrans site the CHP set up a blockade stopping the protestors from entering the area.
§Caltrans Aggressively Cleared the Area
by Mike Rhodes Thursday Oct 27th, 2011 8:21 PM 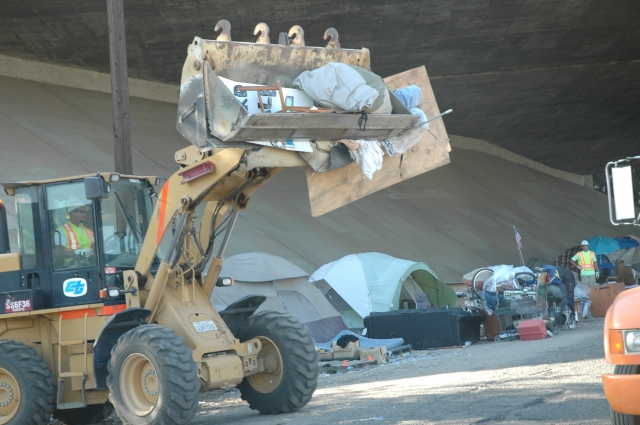 original image (3008x2000)
In this load the bulldozer operator has a tent and chair which he is dumping into the back of a truck. How they determined that this was garbage is not known.
Add Your Comments
Support Independent Media
We are 100% volunteer and depend on your participation to sustain our efforts!