Add an Event
Newswire
Calendar
Features
Home
Donate
From the Open-Publishing Calendar
From the Open-Publishing Newswire
Indybay Feature
Publish to Newswire
Add an Event
Related Categories: San Francisco | Global Justice & Anti-Capitalism | Police State & Prisons
No Feces, No Vomit, Just People...
by a TG person
Wednesday Oct 26th, 2011 10:29 AM
No feces, no vomit, no drugs, just people exercising their Civil Rights and standing up for what they believe in. 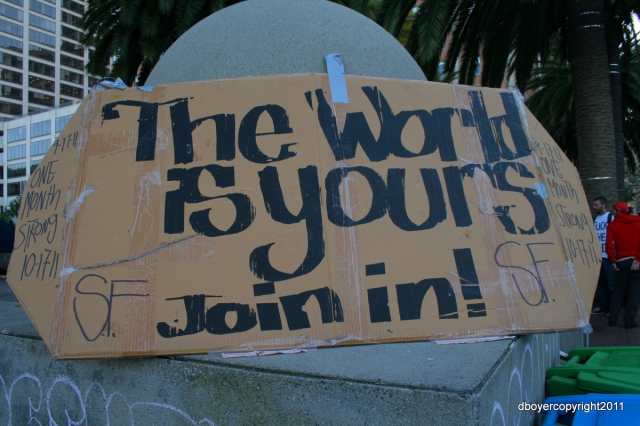 original image (1200x800)
On Monday October 17th I visited and hung out at Occupy SF. It was sunny and warm in SF, and people were everywhere.
Upon arrival I started taking pictures, of both sites at Occupy SF. I waited and waited to post on Indybay because I was looking for a new angle. Now I have one: AT NO POINT did I ever notice any vomit piles, feces, or drug use. The only smell I noticed was that of iodine. Not sure where it was coming from, but it seemed heavier around the grassy area. Maybe it's being used to treat the non-potable water or the sewer system, but anyhow long term exposure to the smell of iodine can make some people nauseous. I have experience in detecting smells of chemicals from training in the military.
DPW was doing their jobs by setting garbage cans in or around the area. However I did notice the lack of bathrooms, which seems to be a city wide problem. The City had set up porta-potties around the corner form the location on Market Street, but they did in fact seem to disappear at rush hour. It is my opinion the City causes the population to urinate anywhere and everywhere because the lack of those type of facilities. While covering events on the streets of SF I often struggle to find legitimate spots to urinate. BTW, why is that some Starbucks do not have bathrooms, or was I experiencing discrimination?
Sure it might cost money for the City to manage public restrooms, but I also believe local businesses should make those type of facilities available under reasonable conditions.
Okay so back to the occupation. While hanging out there I got free lunch and was able to talk with people. Do you know how precious it is to talk with people about issues that concern both parties? To be able to talk with people in public about issues that concern both parties is one of lifes most valuable aspects. It is better than Facebook. And IMHO that reason alone is a success story when it comes to the Occupations.
So the City and SFGATE can spread all the disinformation they want, The Occupations are a necessity. And I hope they keep going until all politicians get on their knees and ask "What they can do for US?"

BTW also noticed provocateurs at the site in Justine Herman Plaza. BTW I am transgender, and have been seriously affected by this economy. I will lose my home etc.
§No feces no urine, just people.
by a TG person Wednesday Oct 26th, 2011 10:29 AM 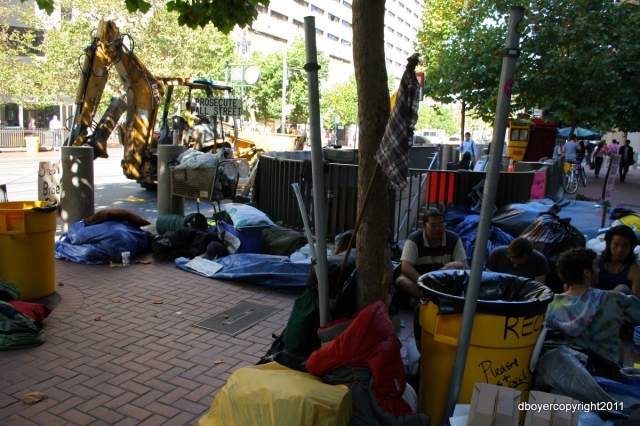 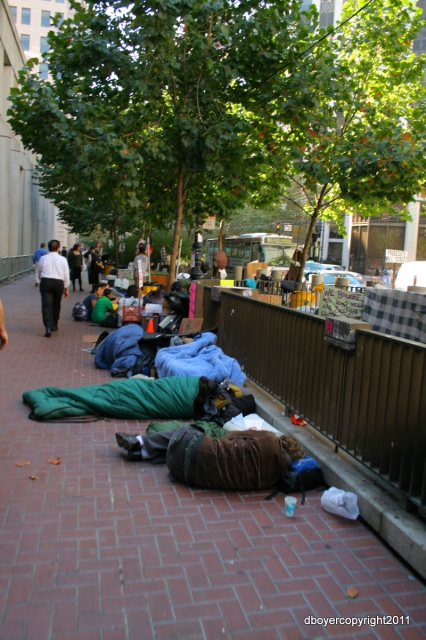 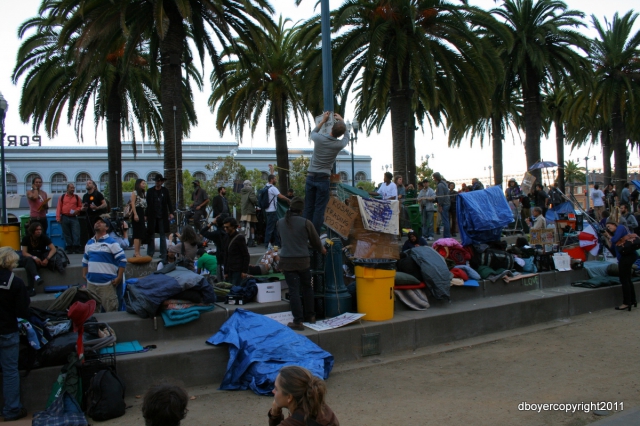 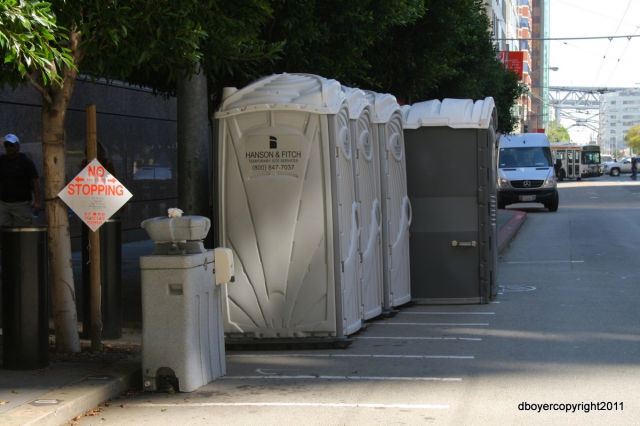 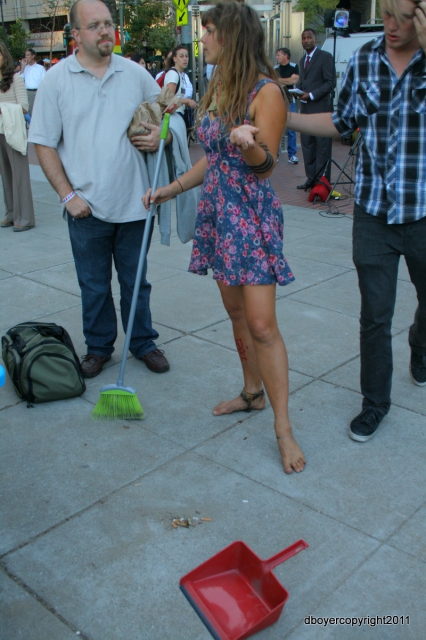 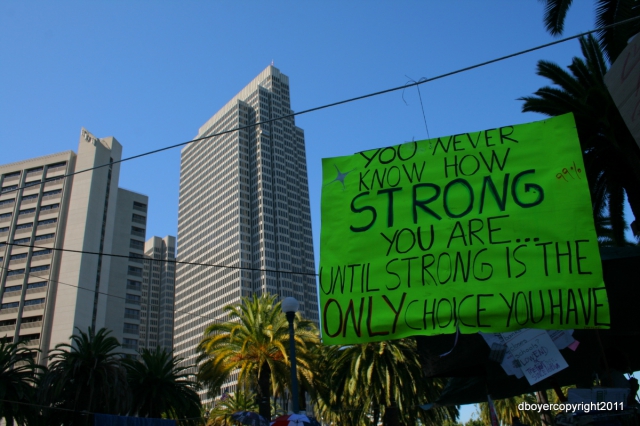 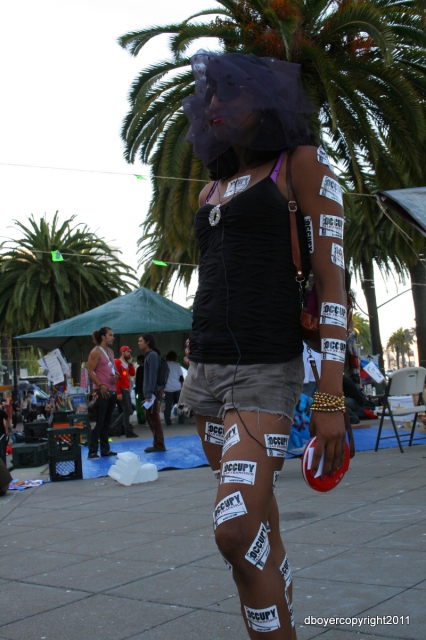 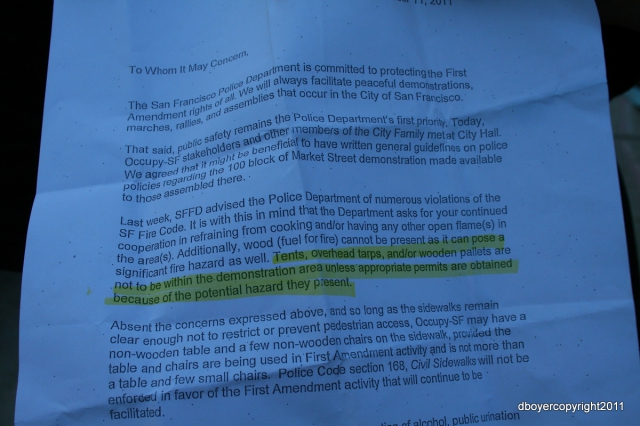 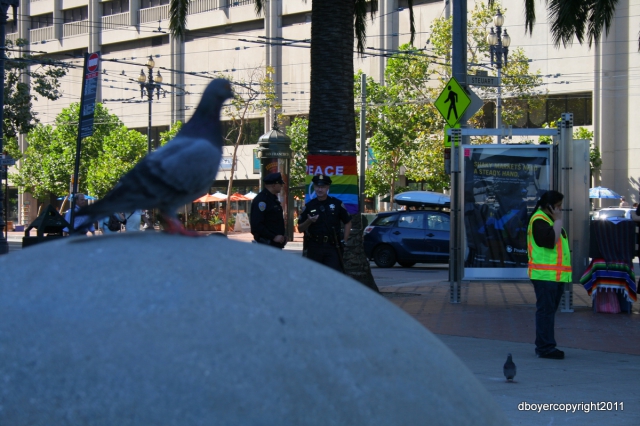 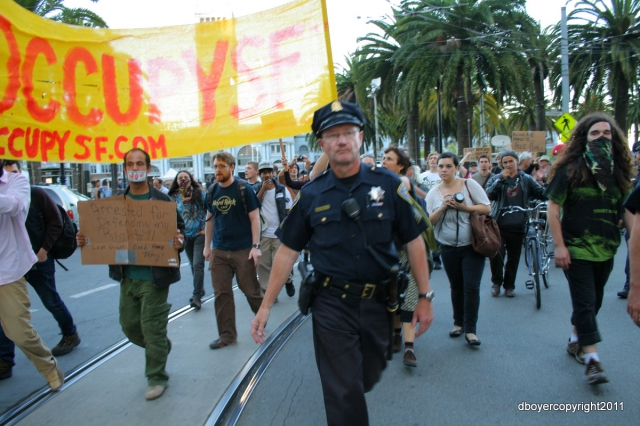 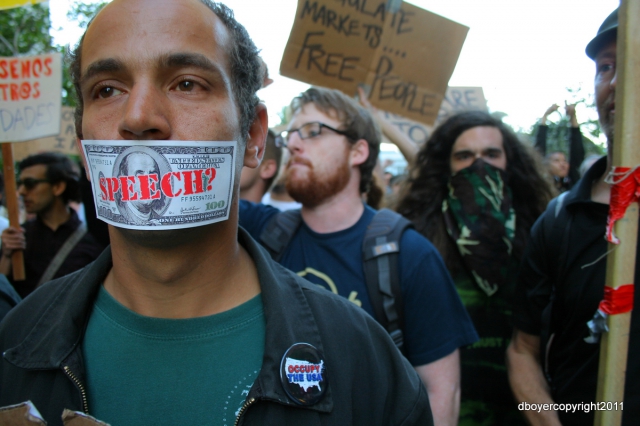 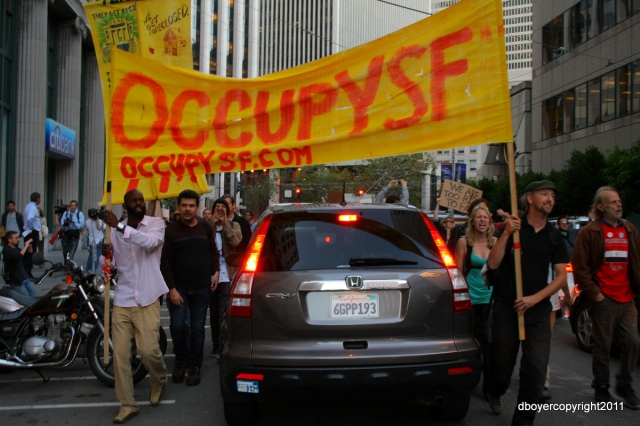 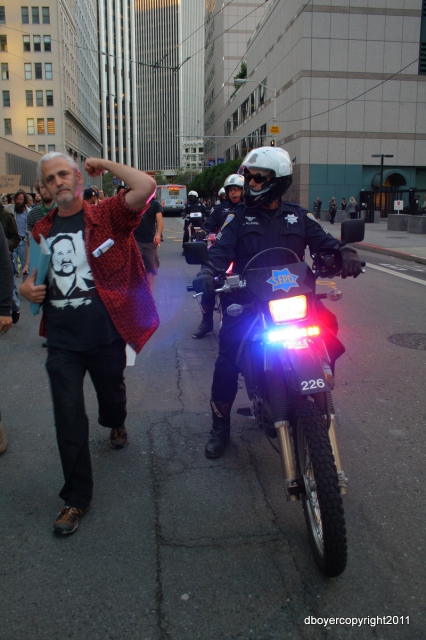 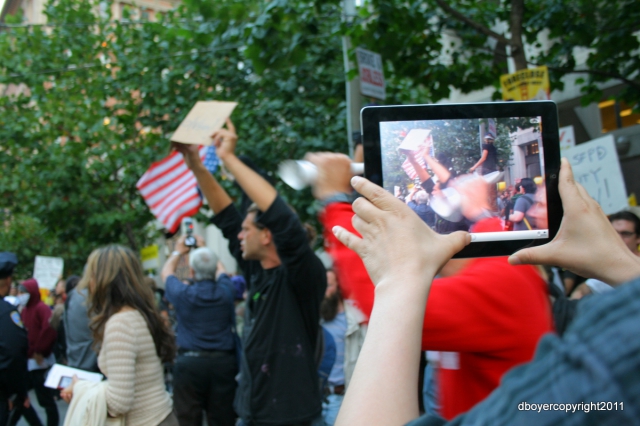 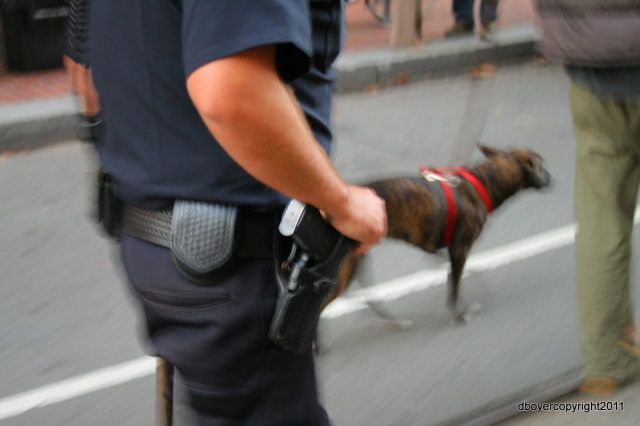 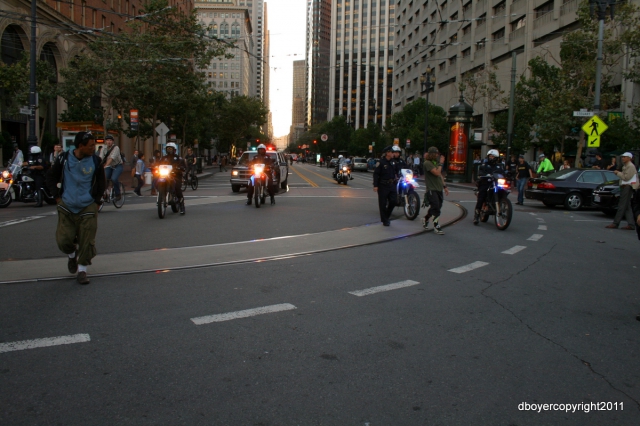