Add an Event
Newswire
Calendar
Features
Home
Donate
From the Open-Publishing Calendar
From the Open-Publishing Newswire
Indybay Feature
Publish to Newswire
Add an Event
Related Categories: California | Health, Housing & Public Services
Couch Potato or MSG Induced Obesity?
by Kathleen Frazier (goodbooks [at] healthpress.com)
Tuesday Oct 25th, 2011 11:39 AM
Childhood obesity may be connected to commonly used flavor enhancer Monosodium Glutamate. According to research referenced in the book Health and Nutrition Secrets that can Save Your Life, written by Russell L. Blaylock, MD, there may be an underlying cause of childhood obesity found in the food we feed our children. 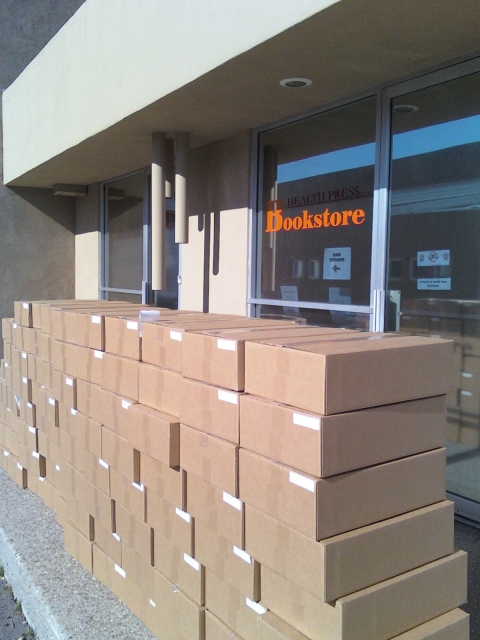 original image (1200x1600)
Over the last decade, the United States has witnessed an explosion in childhood obesity that has gone unexplained. Newsweek carried a picture of an obese child eating an ice cream cone with a subtitle that read, “Fat for Life? Six Million Kids are Seriously Overweight.”On closer inspection, there are actually several clues as to the cause for this alarming increase in childhood obesity.

Let us travel back to 1968 when Dr. Olney was conducting his experiments on mice fed MSG. (Mice are frequently used as test animals because they react most like humans to MSG.) Obsessed with the microscopic changes in the brains of the mice he overlooked something quite dramatic first noticed by his assistant. She pointed out to him that all of the mice were grossly obese. At first he thought it was just a fluke, but as the experiment progressed he noticed that indeed all the mice fed MSG became grossly obese.

Since his early observation, other studies have confirmed that MSG causes gross obesity in animals.235 At an international neuroscience meeting, Dr. Olney was asked if he thought the reason Americans were so obese was, in fact, due to their high consumption of MSG additives. The question was never answered, but since that conference in the 1970s, America
has undergone this virtual epidemic of gross obesity, especially among its youth.

While most will attribute the problem to children’s couch-potato lifestyles or diets high in sugar and other forms of carbohydrate and fat, other research has been conducted that sheds further light on the theory of MSG-induced obesity. One study discovered that animals fed MSG soon after birth preferred foods that were high in carbohydrates and low in nutritional value.236 They also ate less, but ate rapidly. In other words, they were eating like teenagers.

Researchers also found that this fat could not be exercised off and was extremely difficult to remove through dieting, no matter how stringent.237 Again, this is reminiscent of the problem in our population. Today, most processed foods contain significant amounts of glutamate, enough to produce injuries to our children’s brains similar to those seen in experimental
animals. This is extremely important when you consider that, of all the mammals, humans are the most susceptible to physical damage from ingested MSG. We possess a sensitivity five times greater than the mouse and twenty times greater than the rhesus monkey.

With this enormous consumption of foods laced with MSG additives, it is no wonder that we have an obesity problem in this country, especially when combined with the hypothalamic lesion caused by MSG to the high-fat and -carbohydrate diets of young people. Of particular concern is the suggestion that MSG ingested by pregnant women may actually
cause this lesion in children while they are still in the womb.

One of the worst offenders is pizza, especially commercial pizza. The tomato sauce alone is high in naturally derived free glutamate. When you add this to a liberal helping of MSG, you have a very neurotoxic mix. Add to that a twenty-ounce diet drink and you can see why we are having problems with obesity. Our children have become lab rats.


Excerpted from Chapter 7: Food Additives that Can Kill, Health and Nutrition Secrets that can save your life.
http://www.healthpress.com
Add Your Comments
LATEST COMMENTS ABOUT THIS ARTICLE
Listed below are the latest comments about this post.
These comments are submitted anonymously by website visitors.