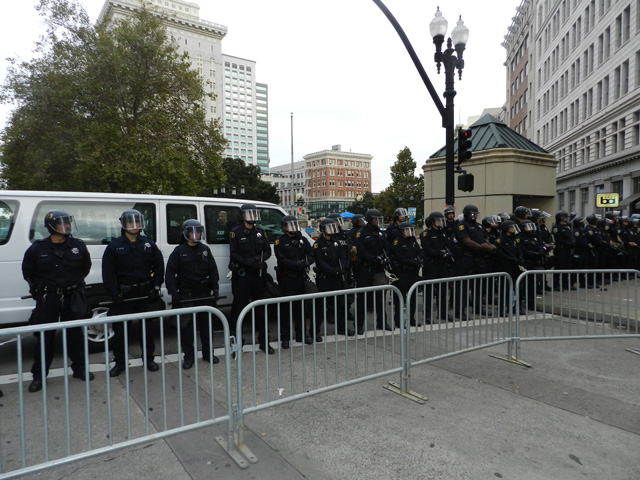 Photos of the massive and unnecessary police presence and the destruction of a peaceful encampment. Photos taken between 8:45 and 9:30 am. Part 1.
§
by Paul Burton Tuesday Oct 25th, 2011 10:28 AM 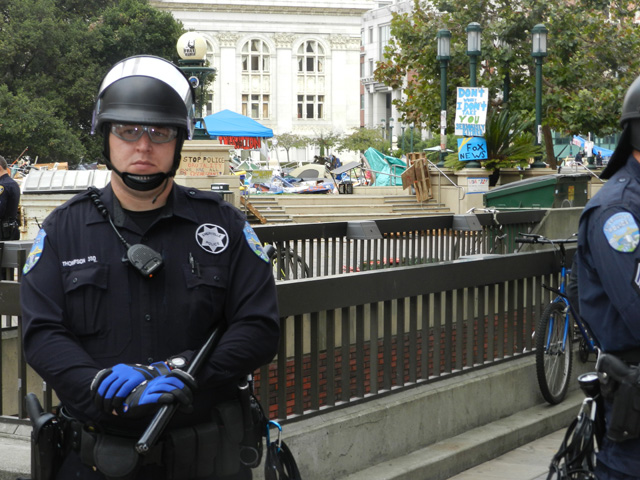 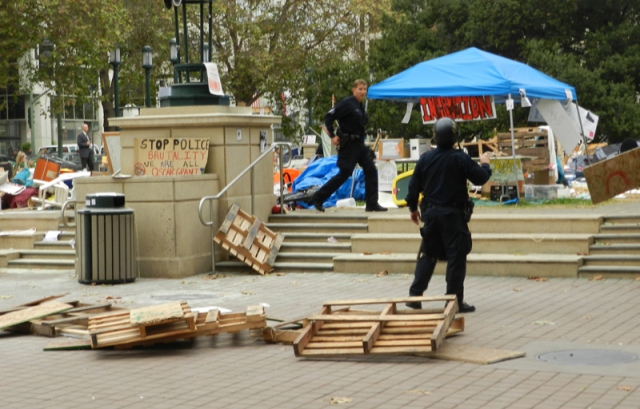 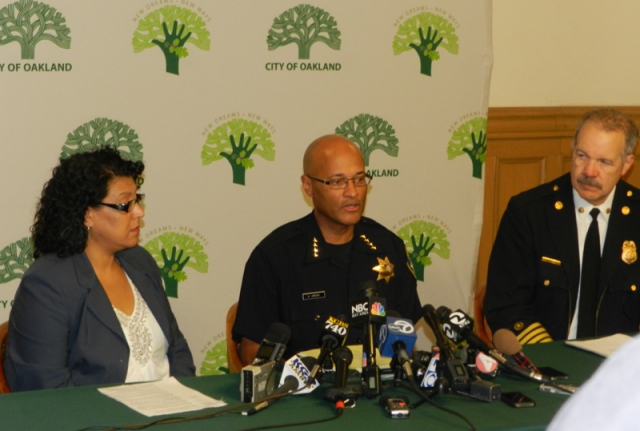 original image (800x539)
City Administrator Deanna Santana, OPD Chief Tucker, and Oakland Fire Chief. When i asked how they justified the expense of 500+ police at a time when public employees are being laid off, budgets cut, libraries threatened with closing, Santana repeated the City's assertion that they were trying to protect public safety.
§dismantling firts aid station for the public health
by Paul Burton Tuesday Oct 25th, 2011 10:28 AM 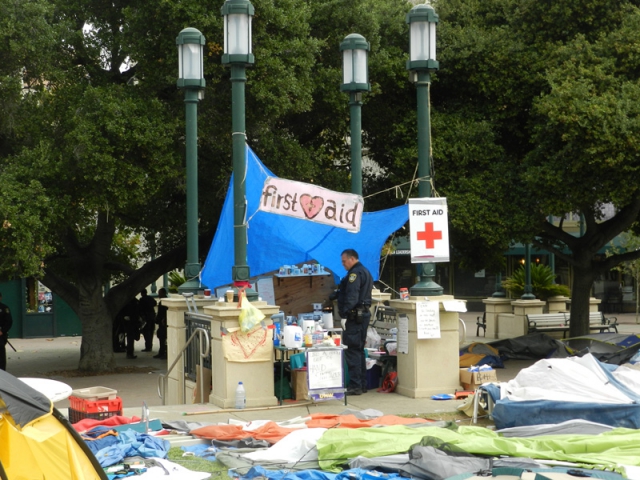 original image (800x600)
One hopes this officer is wondering why he had to shut down a medical station that provided services to the poor that the City has failed to do.
§Mayor Quan incommunicado
by Paul Burton Tuesday Oct 25th, 2011 10:57 AM
Mayor Jean Quan did not attend the OPD/City press conference Oct. 25 re: the destruction of the peaceful encampment. A spokesperson said she was traveling (to DC?) to seek grants or funding for more police.