Tony Gonzales of the American Indian Movement - West and Tanya Dennis of the Alliance of Californians for Community Empowerment were among the speakers in San Francisco on October 6th at the New Federal Building.
Seven-minute QT movie. 37MB.
Copy the code below to embed this movie into a web page:
Download Video (35.2MB) | Embed Video
Part 1: This is pt. 1
Part 2: The Raging Grannies
Part 3: Sheela Gunn-Cushman, Sandra Manning, and Earl Gilman 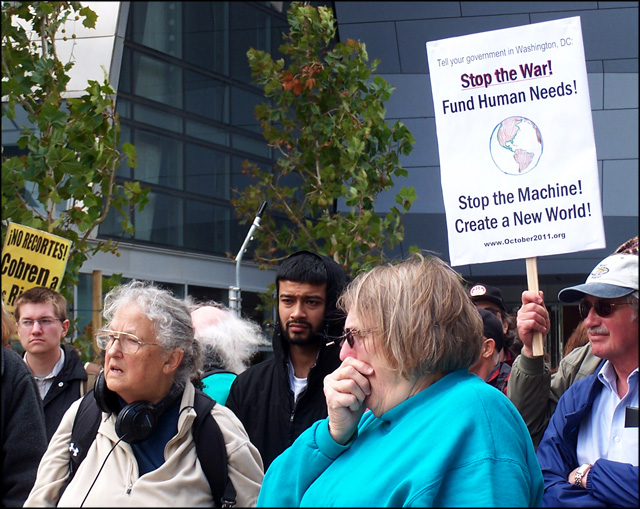 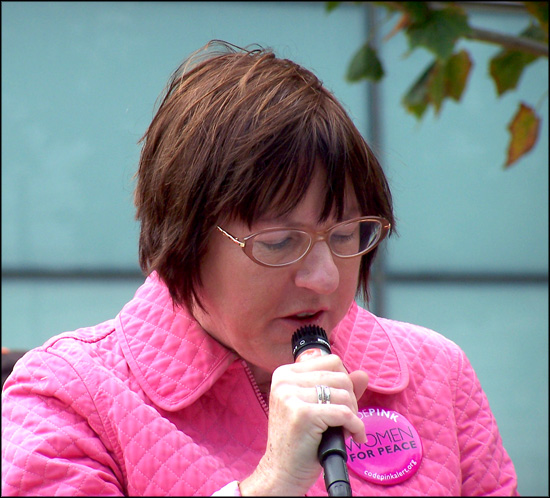 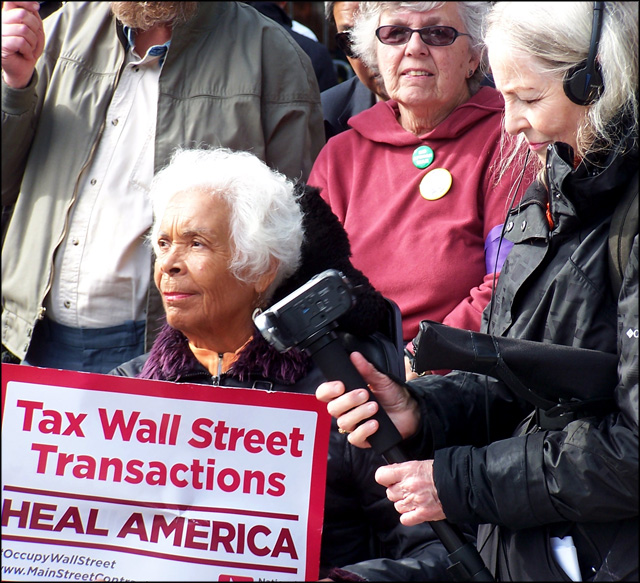 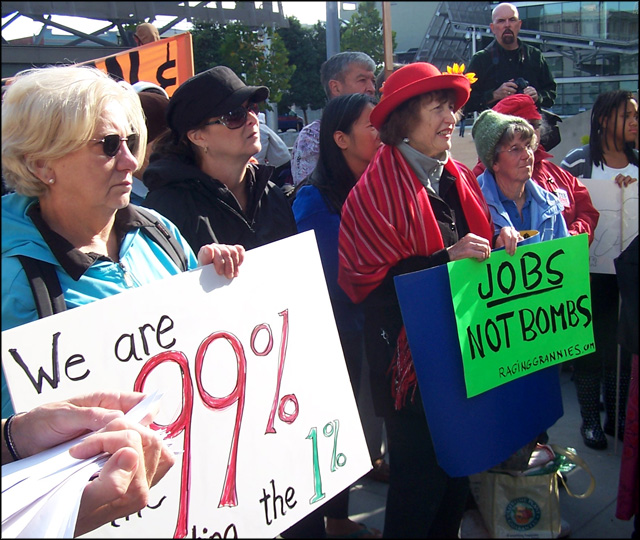 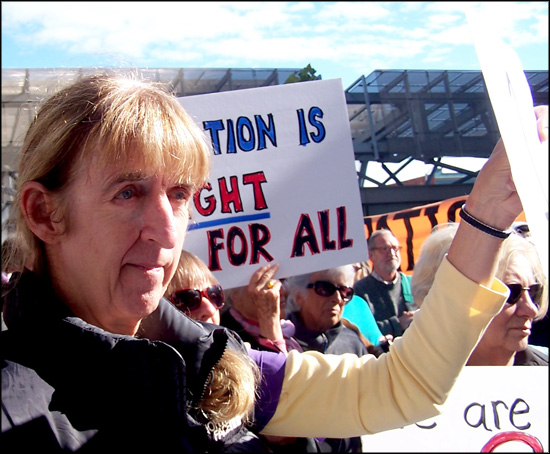 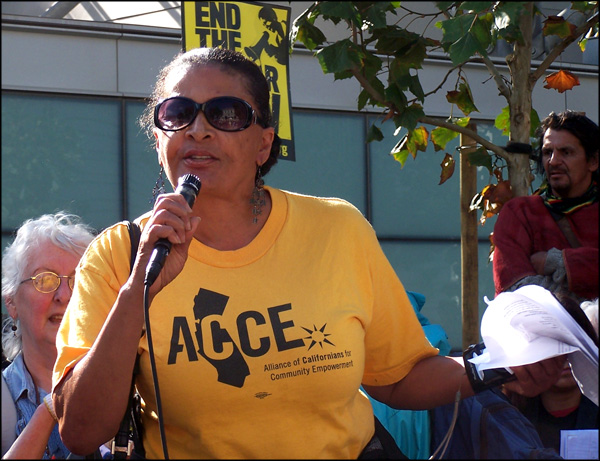 Refusing to Give In to Eviction
By AARON GLANTZ
N.Y. Times
On Jan. 19, 63-year-old Tanya Dennis hired a locksmith and broke into her South Berkeley home.
A former vice principal of Oakland’s Castlemont High School, Ms. Dennis said she wanted to resume living in her home of 27 years after foreclosure nine months earlier and eviction by Alameda County sheriff’s deputies in December. Ms. Dennis said she wants her lender, Wells Fargo, to reduce the principal she owes, creating affordable monthly payments.
“These banks got billions of dollars of our money. We can’t afford to be complacent,” Ms. Dennis said.
Tom Goyda, a spokesman for the bank, said Wells Fargo has “worked with Ms. Dennis for more than two years,” but that “there is no option for which Ms. Dennis qualifies.”
She is one of many struggling residents in the Bay Area trying to save their homes by turning up the heat on lenders.
While break-ins are rare, “home defenses” are on the rise, said Anthony Panarese, an organizer with the Alliance of Californians for Community Empowerment, a coalition of community groups. Since its founding in January 2010, the group has organized dozens of defenses in the Bay Area, bringing crowds to properties on the day the sheriff was set to evict.
Results have been mixed. In March, Representative George Miller joined a protest in front of Bible Way Community Church in Richmond, which had been foreclosed.
An earlier protest had “held off the sheriff for a couple of days, but when they saw the crowd dying down, they came in and evicted the church,” Mr. Panarese said.
Analysts say the situation is exacerbated by California’s “dual-track” foreclosure law, which allows a lender to negotiate with a homeowner while also continuing the foreclosure process.
“In a lot of situations, the bank doesn’t realize the homeowner has a modification pending or even approved, and the bank is continuing its foreclose process,” said G. Marcus Cole, a Stanford University law professor.
In Antioch, Joseph Tolero, a former Alameda County sheriff’s deputy, adopted a more subtle tactic after the Bank of America foreclosed on his house in October 2009.
Refusing to leave his home, Mr. Tolero and his wife wrote to officials including John Garamendi, his congressman; and Brian Moynihan, chief executive of Bank of America.
On March 8, 2011 the house was put back in their name and Mr. Tolero said he is close to a deal with his lender to lower his monthly payments.
Ms. Dennis, who broke into her house, lives in a home that is virtually empty. By the time she reoccupied the property, a real estate agent had already pulled up the carpets and sold her furniture.
So far, she has been able to hold off a second eviction, filing a lawsuit in federal court without the help of a lawyer. Since the foreclosure last year, she has not made a mortgage payment. 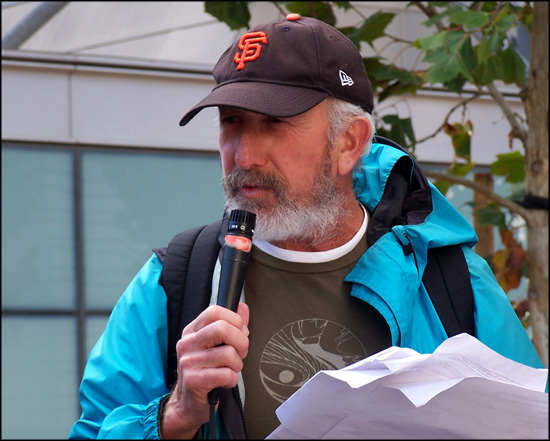 http://october2011.org/
Add Your Comments
Support Independent Media
We are 100% volunteer and depend on your participation to sustain our efforts!