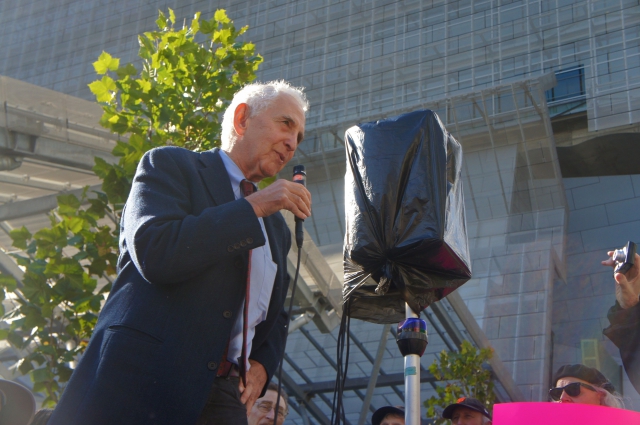 original image (3344x2224)
Daniel Ellsberg released the Pentagon Papers, a top-secret Pentagon study of U.S. government decision-making in relation to the Vietnam War, to the press in 1971. He has continued his activism since then, having been arrested for civil disobedience as recently as March, 2011, when he and 35 other demonstrators were arrested during a demonstration outside the Marine Corps Base Quantico, in protest of Bradley Manning's incarceration. With years of wisdom and activism under his belt, he spoke to a crowd gathered during yesterday's San Francisco rally at the new Federal Building (7th and Mission). The gathering was an expression of solidarity with the October2011 demonstration in Washington, DC, and with people occupying the streets of New York and elsewhere.

Hene Kelly called out loudly for peace, justice, fairness and a safety net for all. A long-time educator, Hene was a delegate to the San Francisco Labor Council and became the first woman elected as Sergeant-at-Arms by that body, a post she still holds. She is the Legislative Director of the 850,000 member California Association of Retired Americans. Among other things, she spoke about America's promise to its people, Social Security and how it is being dismantled before our eyes by heartless Republicans.

A disability rights activist spoke saying that we must be continually vigilant in support of the intent of the Olmstead Act. In 2009 the Supreme Court held that the unjustified institutionalization of people with disabilities is a form of unlawful discrimination under the Americans with Disabilities Act (ADA). Yet today, with medicaid and social security benefits at risk, the threat of discrimination against individuals with disabilities looms large.

Other speakers included a member of Veterans for Art. His group is painting a mural in San Francisco at the request of the family of a young military veteran who committed suicide.

Support for Bradley Manning, who is in jail being held on the suspicion of having passed restricted material to the website WikiLeaks, was strong. "Courage to Resist" activities spoke and passed out stickers.

During the open mic period, people from tenant's rights organizations, anti-nuclear power activists, and others concerned about the fate of the elderly and the current employment crisis made appeals and suggested actions. One speaker who had her house foreclosed on suggested that people move their money out of big banks and into credit unions. The Raging Grannies, who raised a cheer when one demonstrator called for the shutting of nuclear power plants, were on hand to lead a sing-along.
§Hene Kelly
by Mei Bo Chan Friday Oct 7th, 2011 4:16 PM 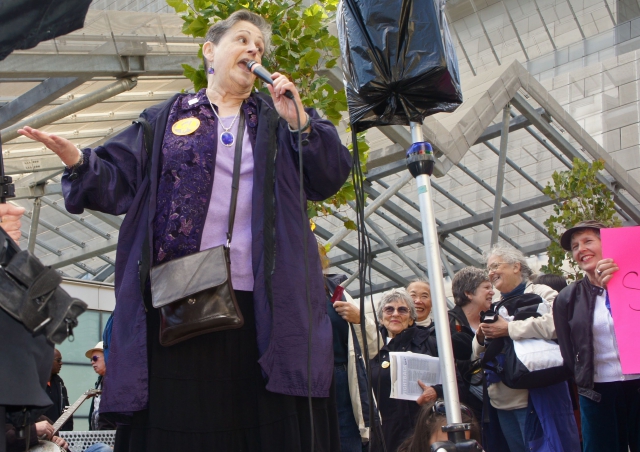 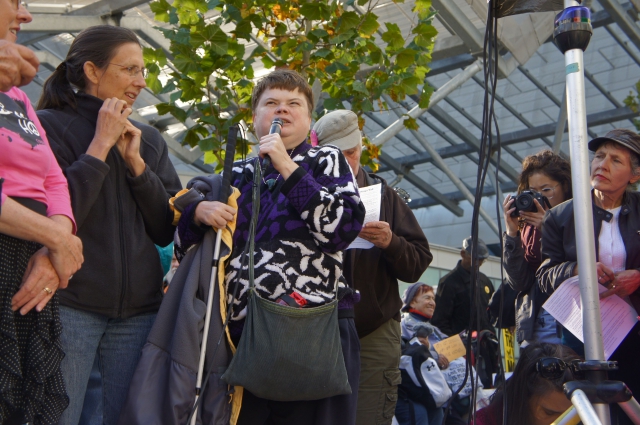 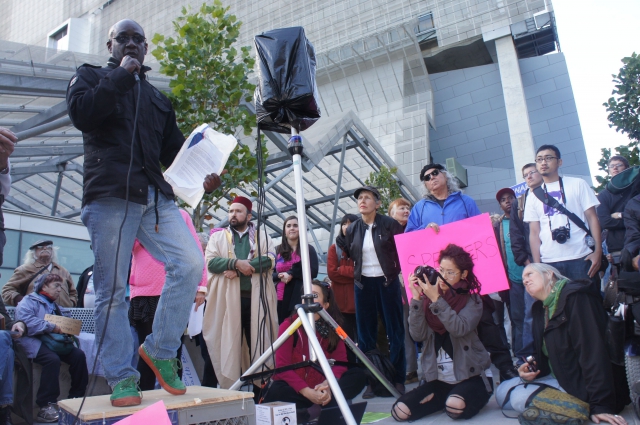 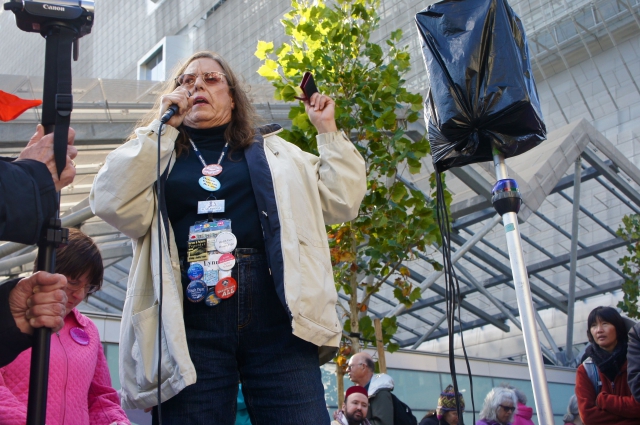 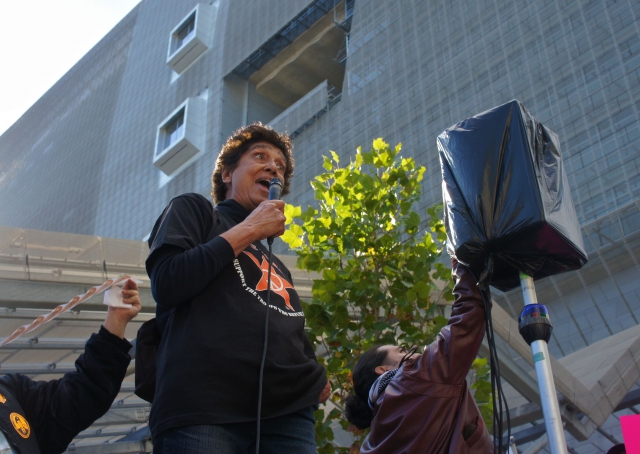 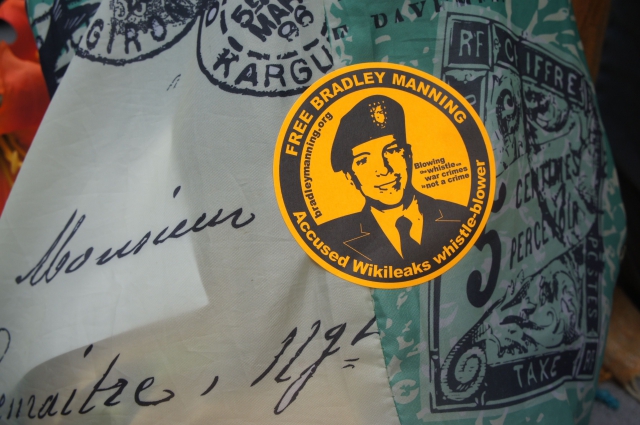 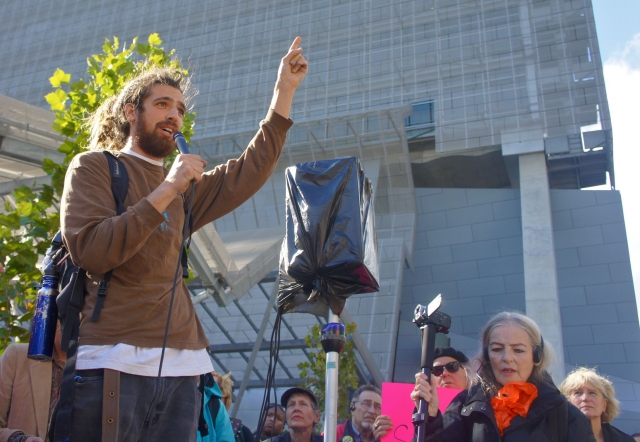 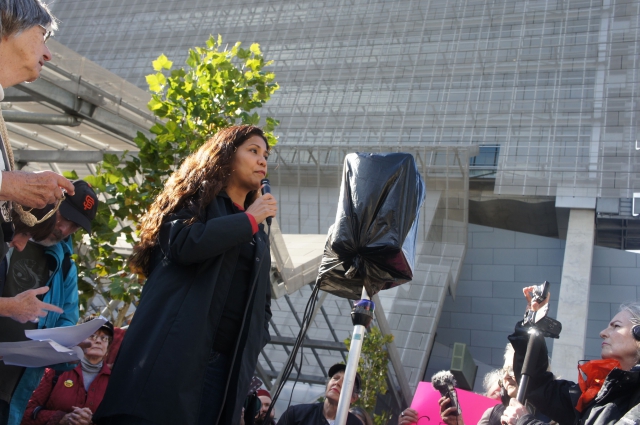 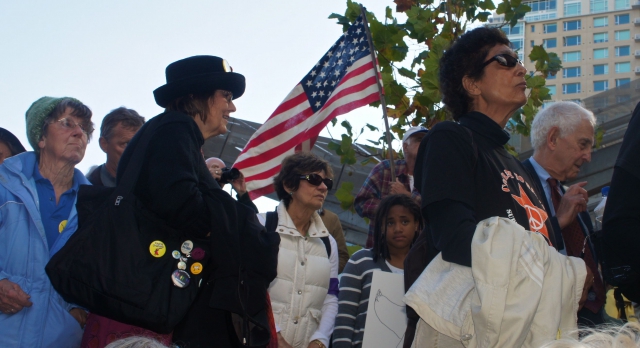 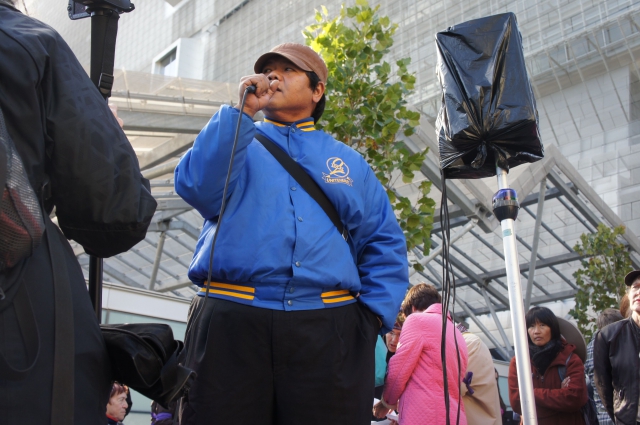 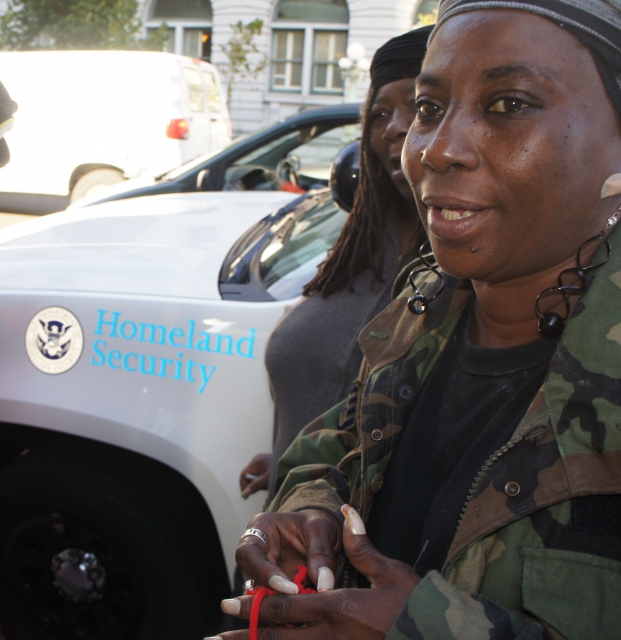 original image (2156x2219)
Sharing more thoughts after speaking during open mic. Note that the DHS was on the watch during the entire rally.
§Raging Grannies listen to speakers
by Mei Bo Chan Friday Oct 7th, 2011 4:16 PM 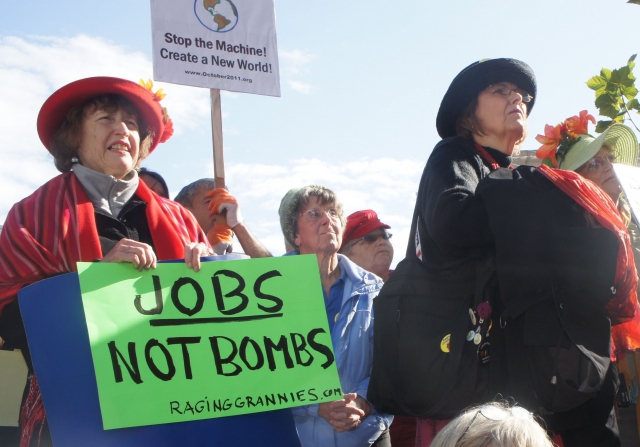 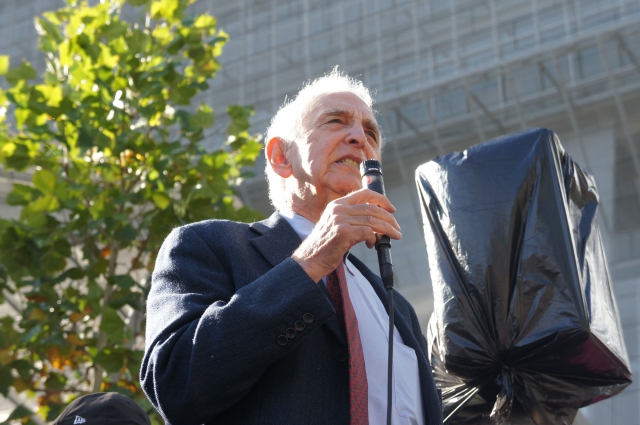 original image (3344x2224)
Daniel Ellsberg
Add Your Comments
Support Independent Media
We are 100% volunteer and depend on your participation to sustain our efforts!