Add an Event
Newswire
Calendar
Features
Home
Donate
From the Open-Publishing Calendar
From the Open-Publishing Newswire
Indybay Feature
Publish to Newswire
Add an Event
Related Categories: San Francisco | Global Justice & Anti-Capitalism | Police State & Prisons
OccupySF Resists Raid by Police and City Workers After Midnight, 10/6/11: photos, 1 of 2
by dave id
Thursday Oct 6th, 2011 4:58 PM
In solidarity with Occupy Wall Street in New York, for nearly three weeks demonstrators have been occupying financial areas in San Francisco, starting at the Bank of America building on September 17th and later moving to the the Federal Reserve Bank. On the evening of October 5th, after hundreds marched throughout downtown earlier in the day, the San Francisco police department delivered a letter to occupiers declaring that "this encampment is a violation of law." At 1:15am, police in riot gear moved in to create a line between occupiers and their supplies. SF Department of Public Work's employees then pulled up trucks on Market Street and began to clear out the site, taking the camp kitchen, tents, furniture, and more. After the first DPW truck was full of occupiers' property but had not yet left the scene, occupiers began to take wooden pallets and other items not yet confiscated to build a barricade in front of the line of trucks. Garbage cans, orange cones, tables, other urban debris, and even metal police barricades were gathered from the area and brought in to reinforce the sides and back of the enclosure around police and the DPW workers. In effect, the DPW trucks were kettled by demonstrators. Police opened up the enclosure around the back end of the DPW convoy in order to allow the trucks to escape down Main Street away from Market. Demonstrators physically placed themselves in front of the departing trucks repeatedly on Main Street. Police dragged away those who chose to sit or lie in front of the trucks and assaulted other demonstrators with clubs and by shoving them over. One person was arrested on Main Street after having been assaulted with a nightstick. Charges and status of arrestee are unknown. 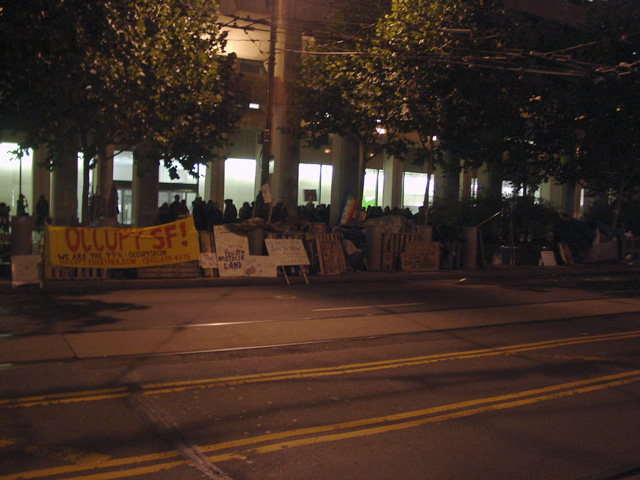 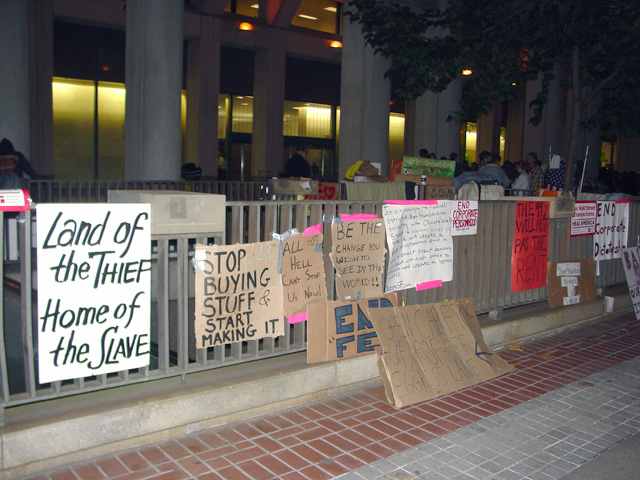 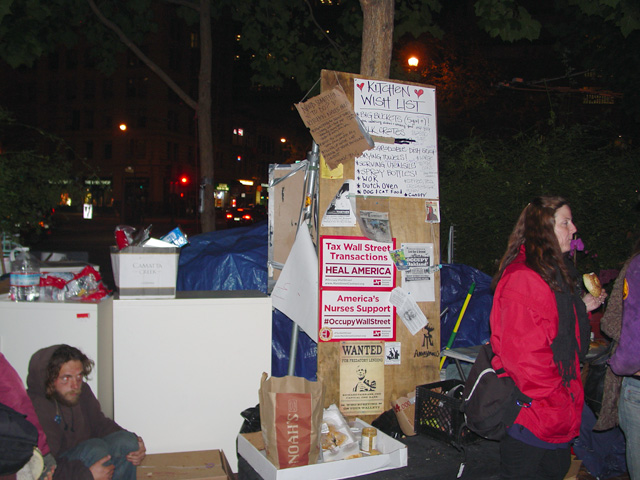 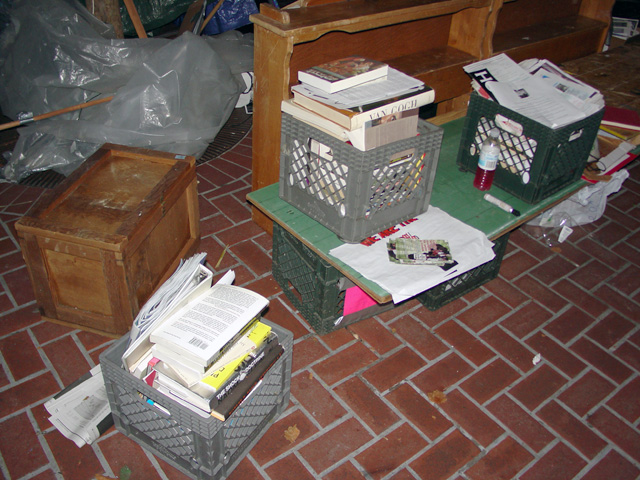 Saved from confiscation by being removed from the site before raid 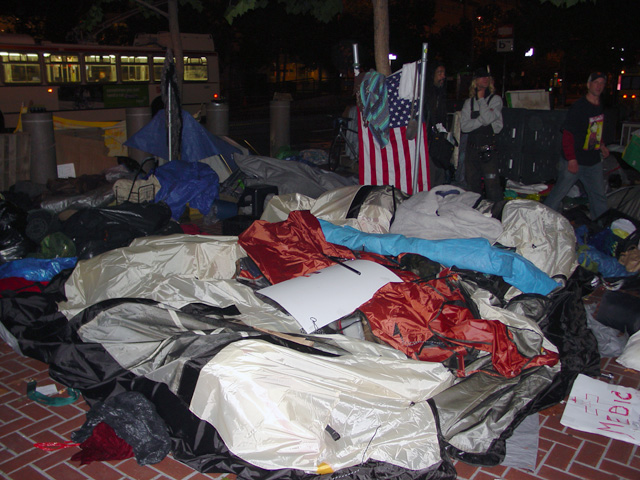 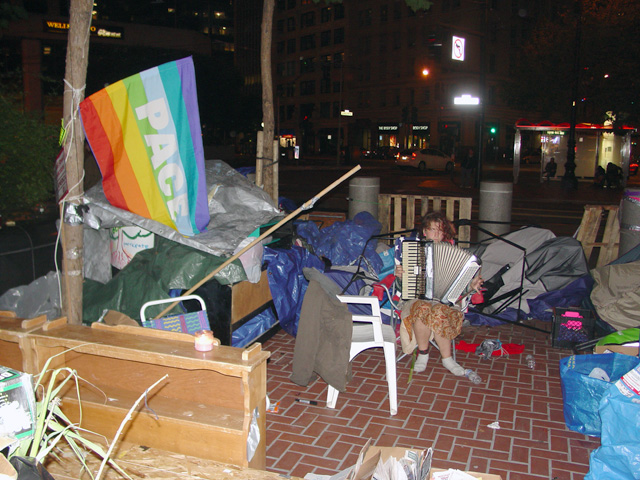 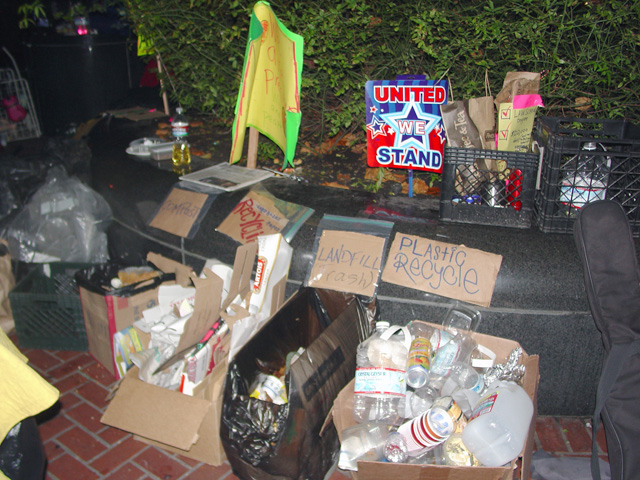 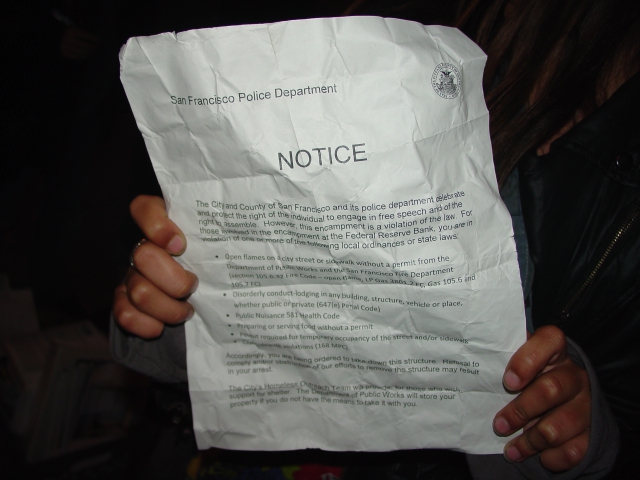 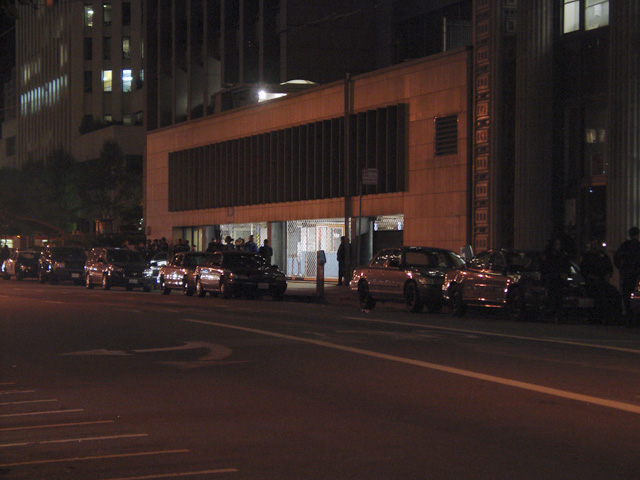 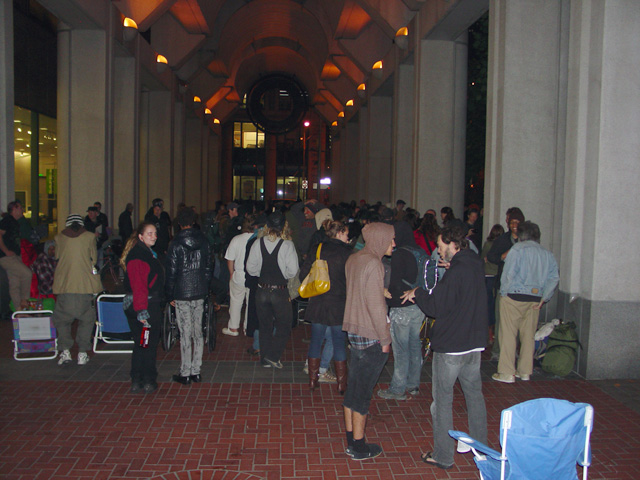 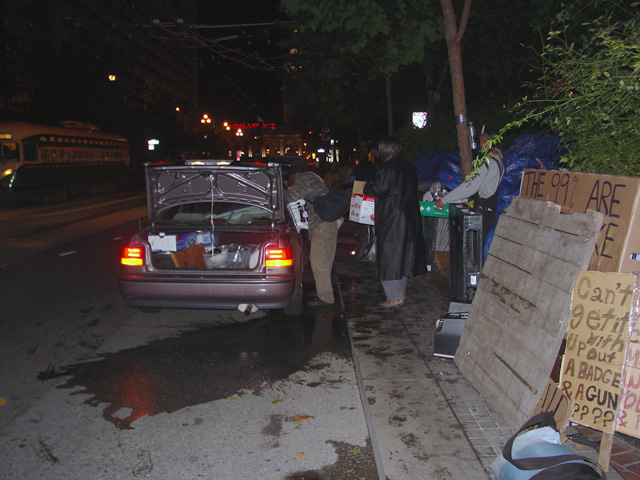 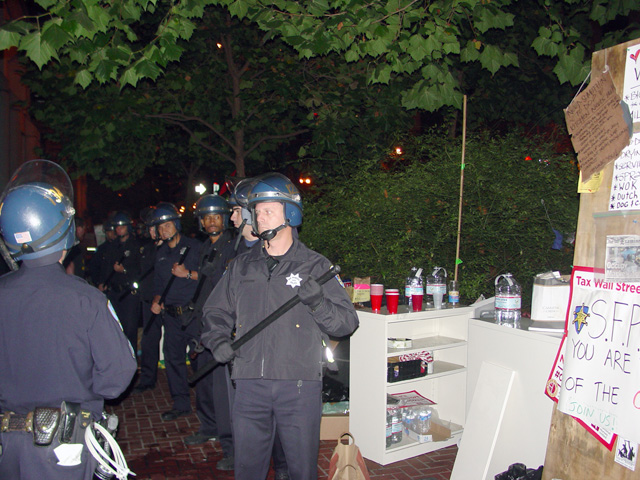 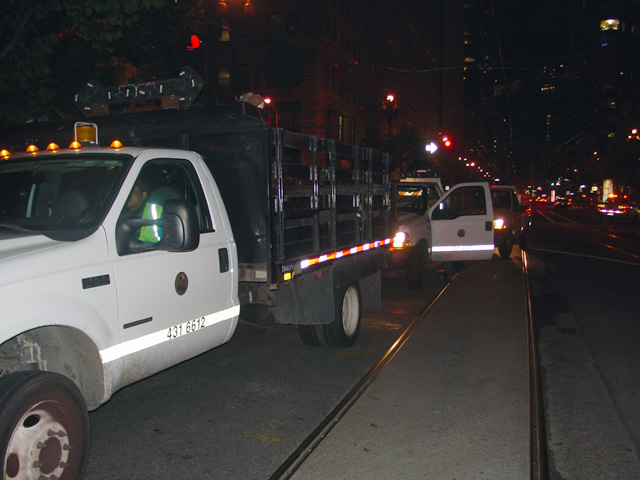 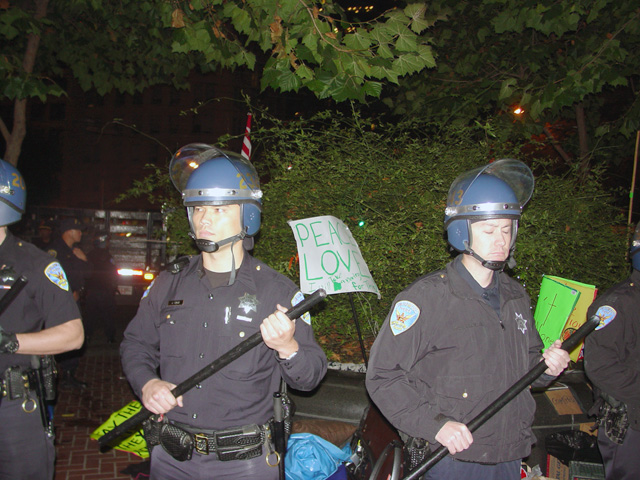 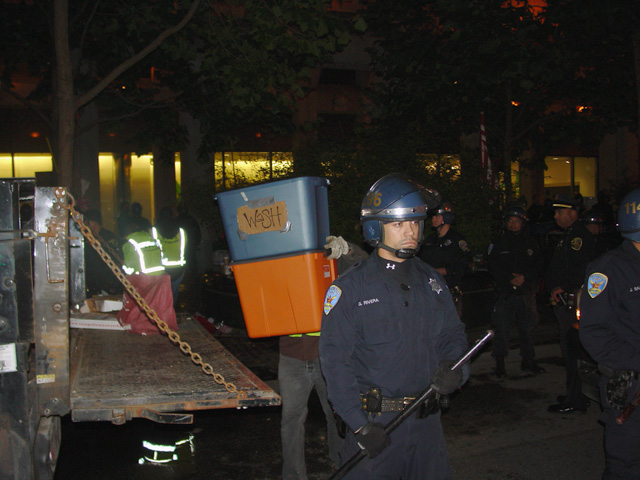 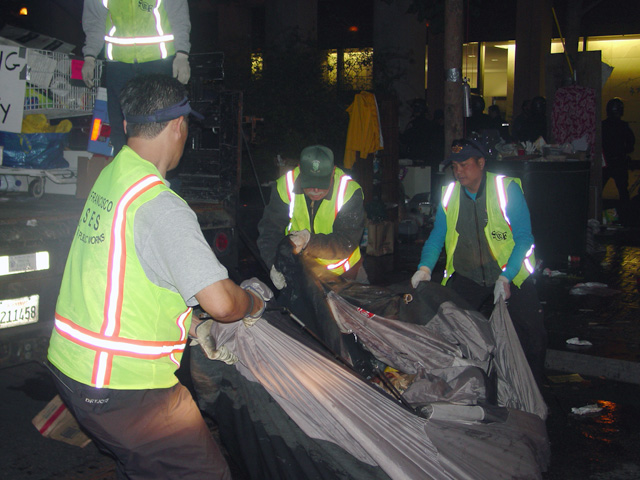