Add an Event
Newswire
Calendar
Features
Home
Donate
From the Open-Publishing Calendar
From the Open-Publishing Newswire
Indybay Feature
Publish to Newswire
Add an Event
Related Categories: East Bay | Police State & Prisons | Racial Justice
Oakland City Council Grants Reprieve to Ill-Considered Martial Law Proposals: photos & audio
by dave id
Wednesday Oct 5th, 2011 5:59 PM
In a City Council meeting that ran close to five hours, an overflow crowd of hundreds of Oakland residents showed up to speak out against the proposed trifecta of new police authority dubbed "martial law" by opponents: a loitering ordinance, a youth curfew, and expansion of gang injunctions in the city. Perhaps one or two dozen members of the public came to speak in favor of the proposals. Especially problematic with the proposals were the means by which they reached the City Council. Rather than following the standard process of proposals being examined and voted on by the Public Safety Committee before possible forwarding to the full council, council members Larry Reid and Ignacio De La Fuente attempted to rush these new measures into law by bringing them straight to the council, without proper consideration. Indeed, the Oakland police department itself seemed ill-prepared to take on the new authority it was requesting. After hours of council business unrelated to the proposals, and impassioned public comment from dozens and dozens of Oakland residents, the council voted to send all three proposals back to the Public Safety committee for a more thorough vetting. [Full audio below] 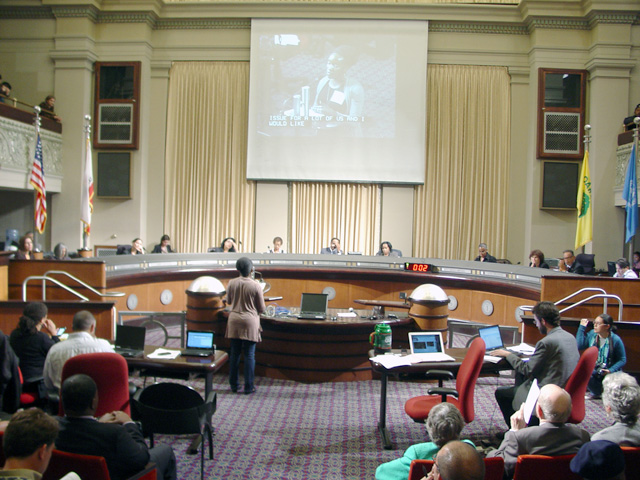 A short tone has been added to mark the cut between opening public comment and the introduction of the discussion and vote on agenda items 13 (loitering), 14 (youth curfew), and 15 (gang injunction expansion), at about 21 minutes into the recording.
http://www.indybay.org/police
§Mayor, council members, city attorney, and city clerk at the council chamber dais
by dave id Wednesday Oct 5th, 2011 5:59 PM 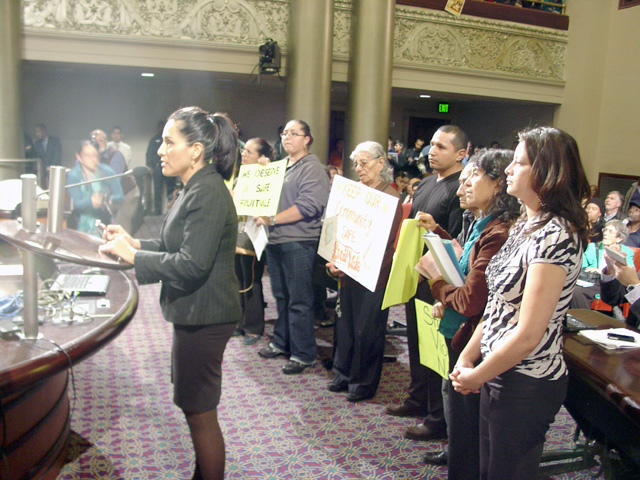 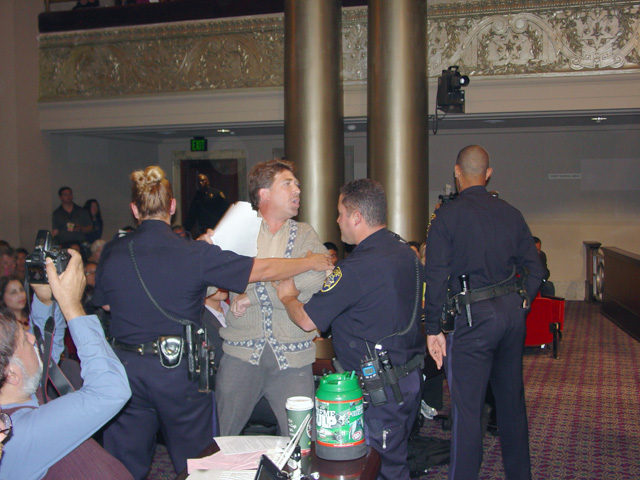 Apparently, this man has been forcibly removed previously. He was not speaking directly to the three most controversial proposals before the council.
http://www.indybay.org/police
§OPD representative tries, and fails, to explain utility and plan for loitering ordinance
by dave id Wednesday Oct 5th, 2011 5:59 PM 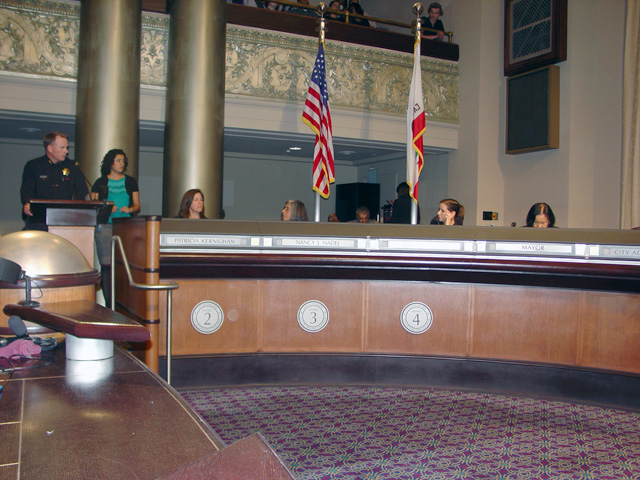 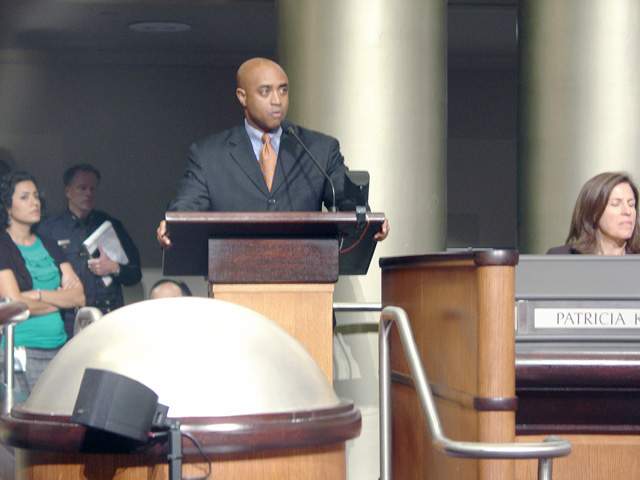 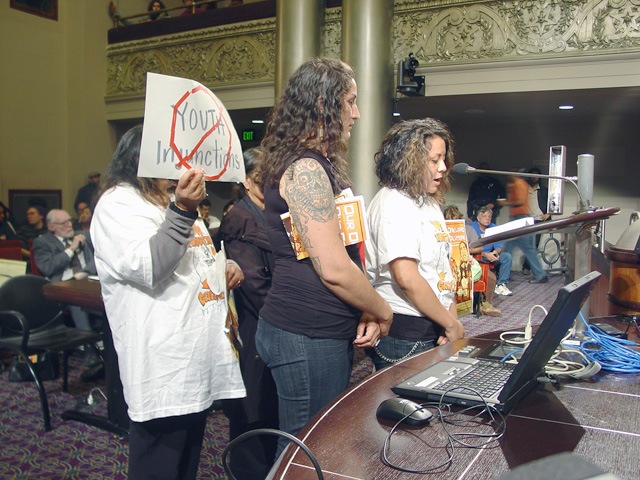 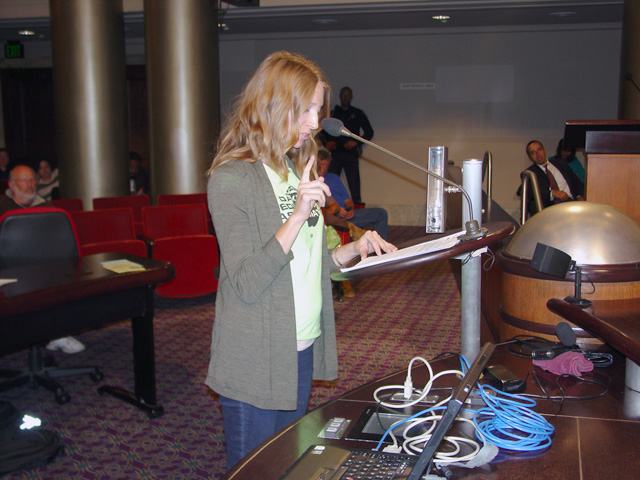 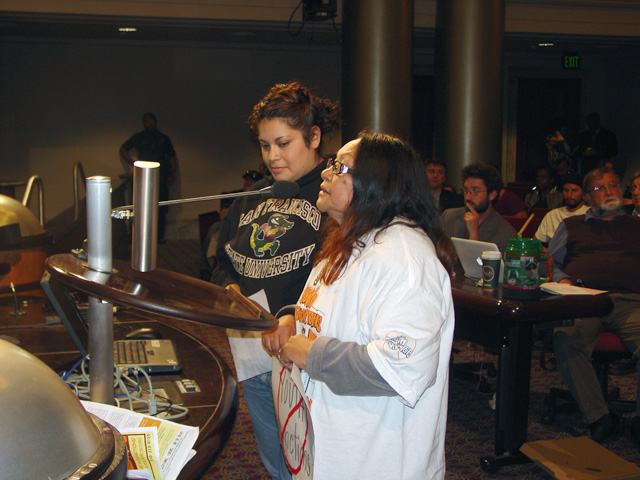 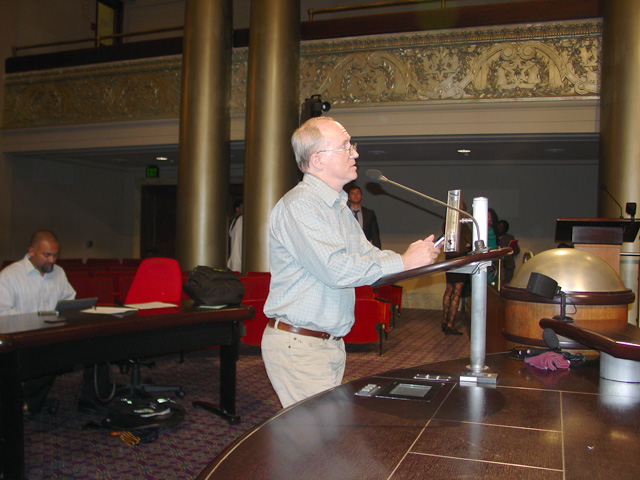 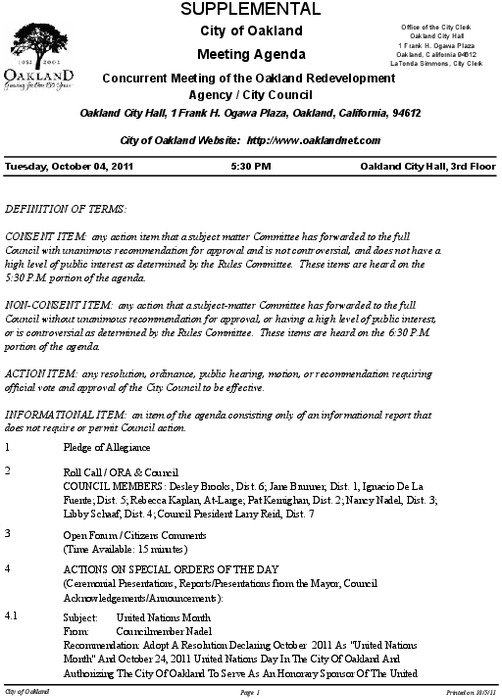 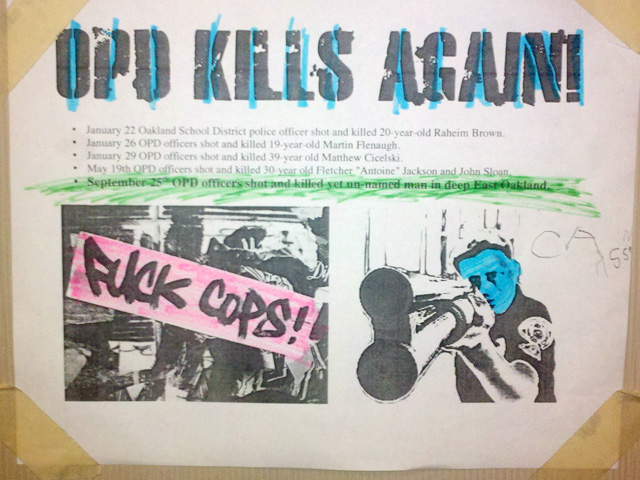 OPD Kills Again!
Add Your Comments
Support Independent Media
We are 100% volunteer and depend on your participation to sustain our efforts!