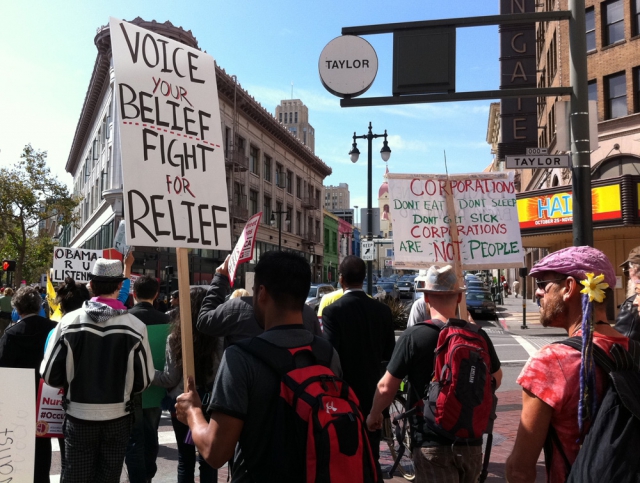 original image (1000x756)
Participants were in good spirits as the sun broke through the clouds. Taking off shortly after noon from the OccupySF camp at the Federal Reserve, protesters marched down Market Street on the sidewalk, passing Civic Center and later Union Square. Onlookers expressed support and a number joined in. After scaling the hill amid cable cars on Powell Street, the marchers wound their way back to the Federal Reserve -- just ahead of the rain -- where a General Assembly was scheduled for 6 pm.
§March went this way!
by Liz Highleyman Wednesday Oct 5th, 2011 5:31 PM 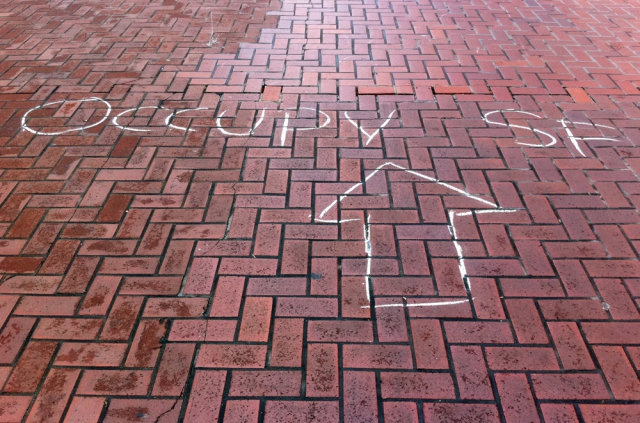 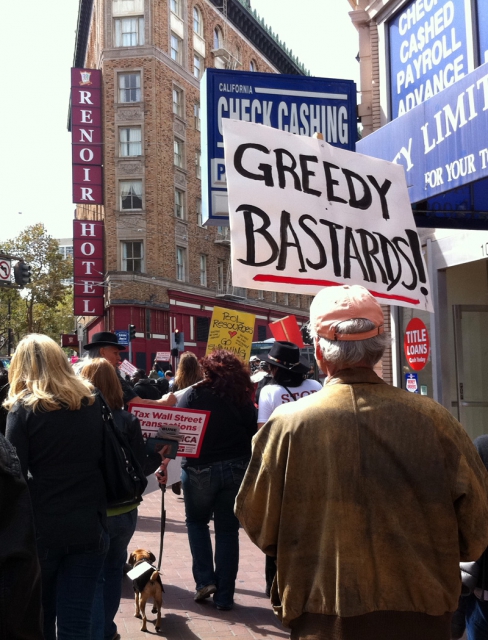 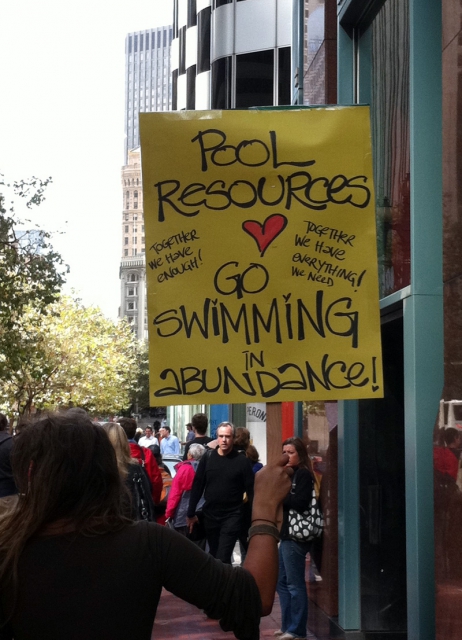 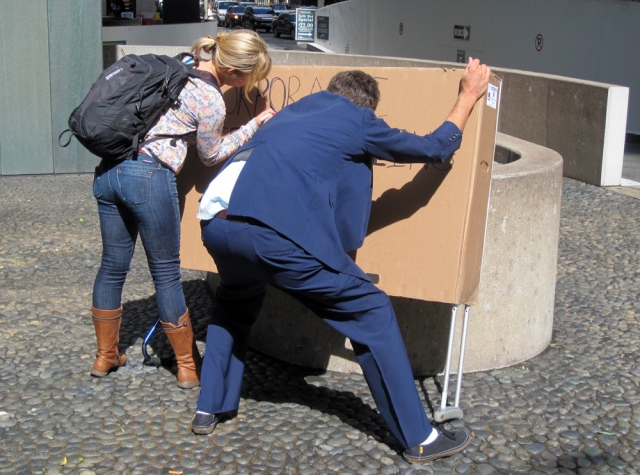 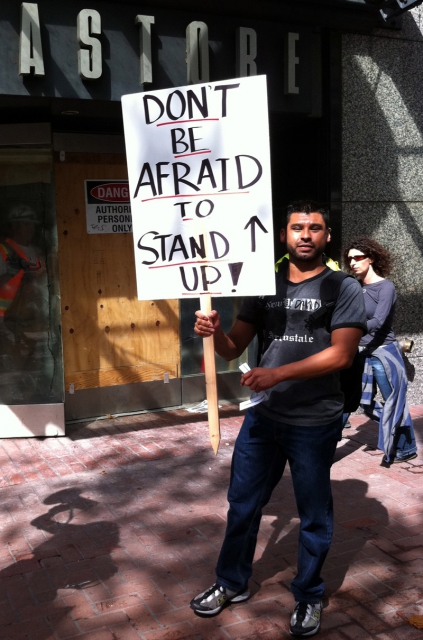 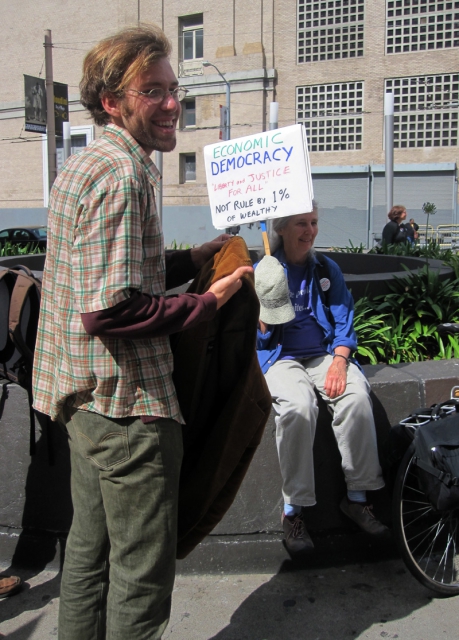 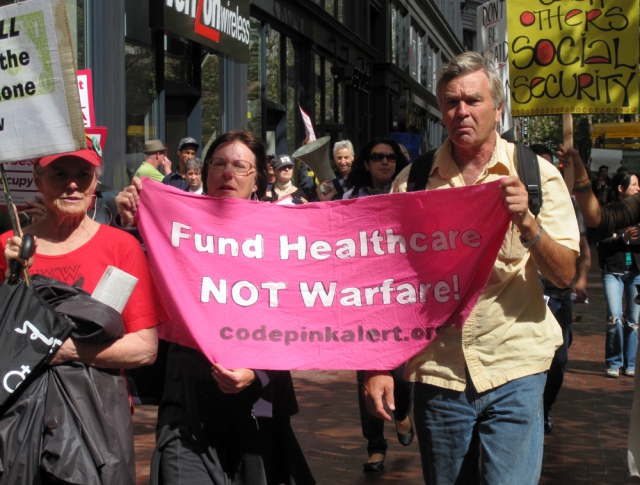 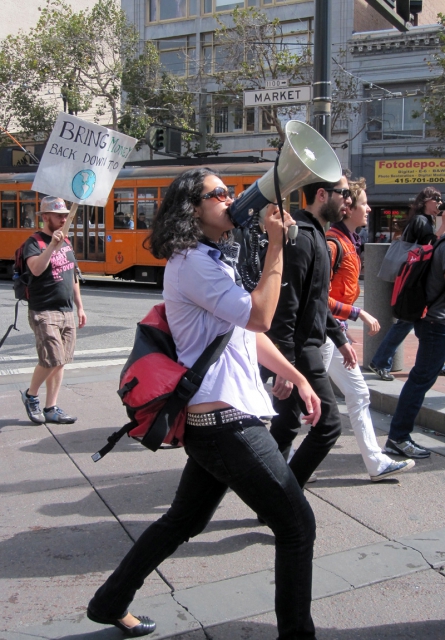 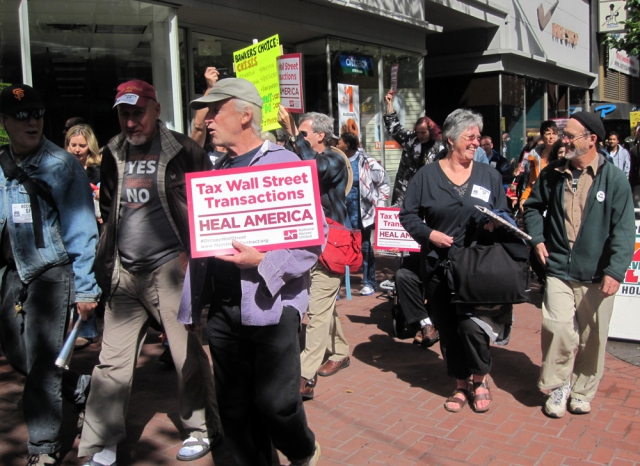 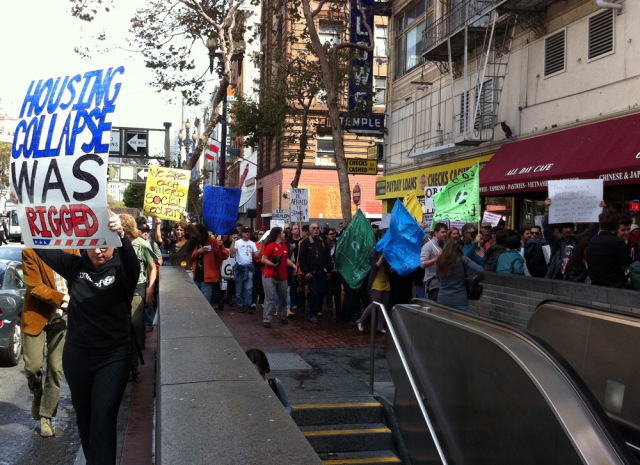 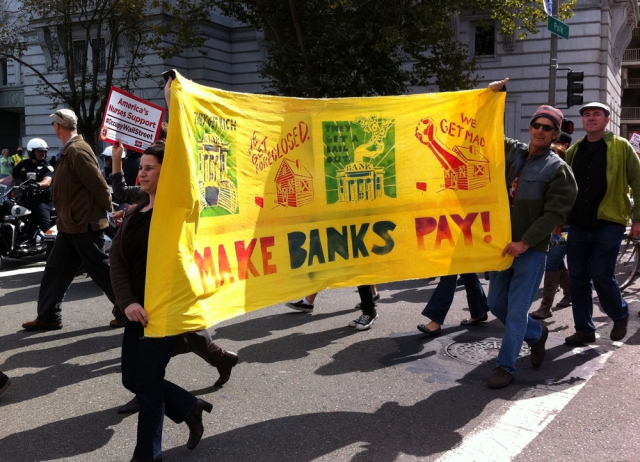 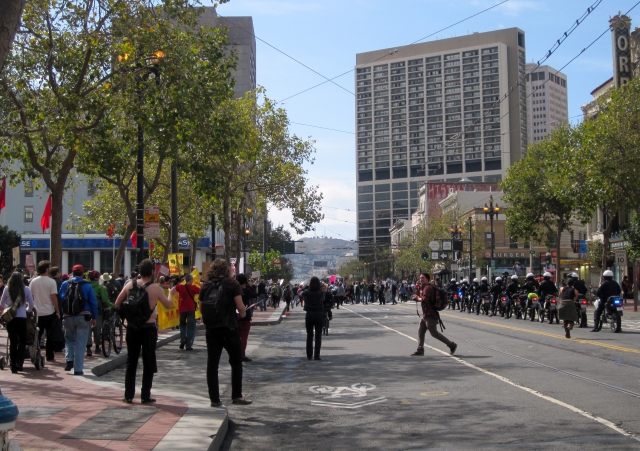 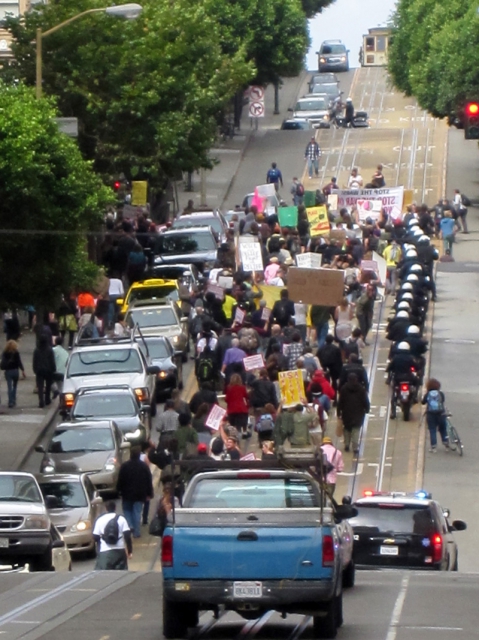 original image (800x1067)
Add Your Comments
LATEST COMMENTS ABOUT THIS ARTICLE
Listed below are the latest comments about this post.
These comments are submitted anonymously by website visitors.