Add an Event
Newswire
Calendar
Features
Home
Donate
From the Open-Publishing Calendar
From the Open-Publishing Newswire
Indybay Feature
Publish to Newswire
Add an Event
Related Categories: U.S. | Global Justice & Anti-Capitalism
Occupy Wall Street: Protesters in it for the Long Haul
by Evan Shamar
Tuesday Oct 4th, 2011 8:33 AM
Three days ago more than 700 anti-Wall Street activists were arrested in New York amid chaotic scenes on the Manhattan side of the Brooklyn Bridge. 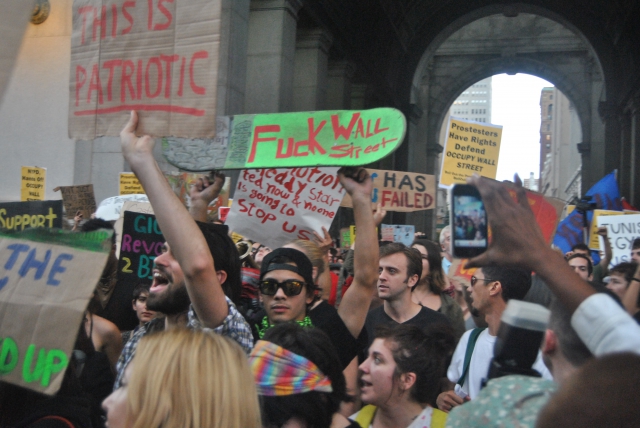 original image (3872x2592)
The activist, many of whom have been camped out in Manhattan for two weeks were detained on Saturday during their biggest demonstration yet against government-backed banking bail-outs and corporate greed.

The demonstrators are protesting against social inequality and the corporate involvement with the current economic crisis. The group has been camped near the US financial district for over two weeks. This was not the first clash with law enforcement, however it was the most significant due to the amount of people arrested.

The protesters forced a temporary closure of the Brooklyn Bridge when they marched into traffic lanes, prompting dozens of arrests.

Since the mass arrest on the Brooklyn Bridge a growing number of protests, occupations, have sprouted all over the country. Cities such as Chicago, San Francisco, and Los Angeles have announced their solidarity with the protesters on Wall Street.

The protesters have gone on record stating that they have been inspired by the pro-democracy Arab Spring movements and have no intentions on ending their demonstrations. 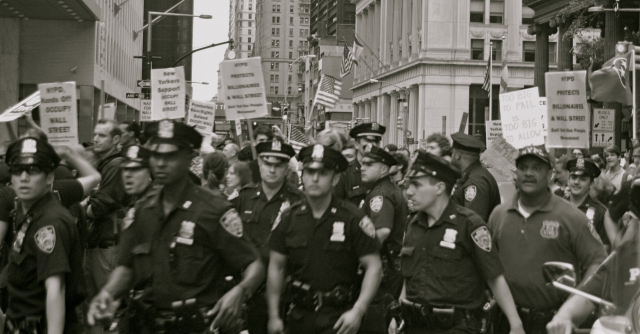 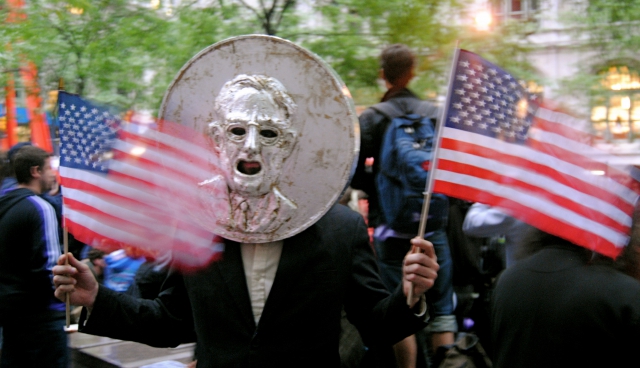 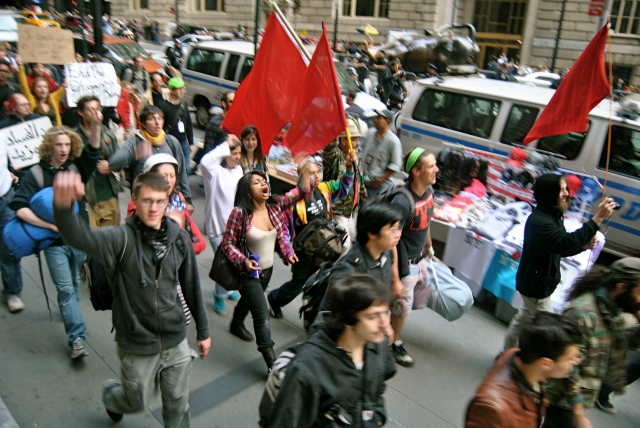 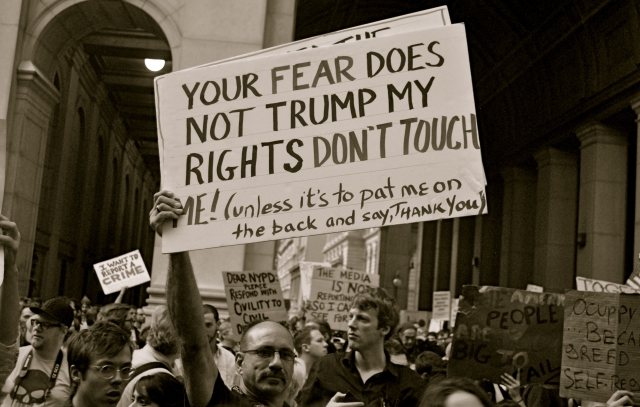 original image (3484x2216)
Add Your Comments
LATEST COMMENTS ABOUT THIS ARTICLE
Listed below are the latest comments about this post.
These comments are submitted anonymously by website visitors.