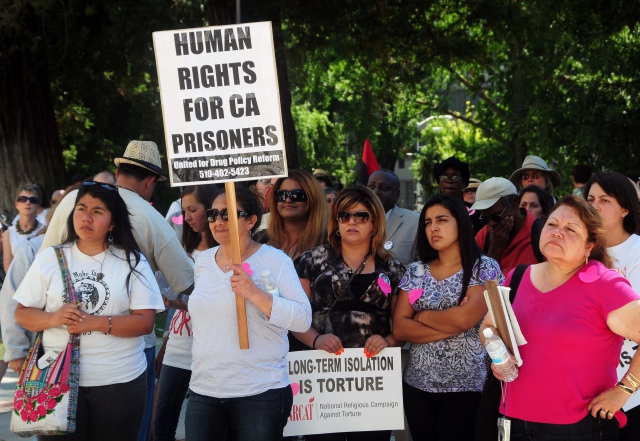 From July 1-20, thousands of prisoners in the state of California, composed of all races, went on a hunger strike. They united around five core demands raised by Pelican Bay State Prison inmates directed against gross human rights violations.

The courageous protest of the prisoners, as well as the solidarity of thousands of people around the world have been successful in exposing the illegal and inhuman conditions that tens of thousands of inmates are subjected to at the hands of California’s prison system. However, the California Department of Corrections and Rehabilitation (CDCR) refuses to address the most important five core demands and continues to deny prisoners basic human rights.

The Prisoner Hunger Strike Solidarity Coalition will hold a weekly support vigil throughout the hunger strike, every Thursday evening from 5pm until 7pm. The Thursday night hunger strike support vigils will be at held at different locations in San Francisco and Oakland each week.


END_OF_DOCUMENT_TOKEN_TO_BE_REPLACED
Added to the calendar on Fri, Sep 23, 2011 9:04AM
Related Categories: San Francisco | Police State & Prisons
Add Your Comments
Support Independent Media
We are 100% volunteer and depend on your participation to sustain our efforts!