Add an Event
Newswire
Calendar
Features
Home
Donate
From the Open-Publishing Calendar
From the Open-Publishing Newswire
Indybay Feature
Publish to Newswire
Add an Event
Related Categories: East Bay | Police State & Prisons
Martin Cotton Civil Trial Press Conference with Verbana Lea & Marty Cotton, 9/21/11: video
by dave id
Thursday Sep 22nd, 2011 1:34 AM
On August 9th, 2007, Eureka police officers Justin Winkle, Gary Whitmer, Adam Laird, and five others were involved in beating an unarmed Martin Cotton to death. Eureka police pummeled Martin Cotton's body and head in broad daylight, using pepper spray repeatedly. Martin Cotton was then sent to jail without being offered medical treatment. He died in jail within about an hour. A federal civil rights trial in Oakland is attempting to seek justice for Martin on behalf of his young daughter. The case, Siehna Cotton et al v. City of Eureka, has included the testimony of police readily admitting they beat Martin Cotton all over his body and did not seek medical assistance for him afterward. The police however deny that they hit Martin Cotton in the head, most likely because blows to the head were determined to be the cause of death. On September 21st, Marty Cotton Sr., Verbena Lea, and supporters held a press conference in front of the Federal Building in Oakland. [Full video below.] The trial is set to conclude on September 22nd with closing arguments being made by both sides. The civil rights case will then be in the hands of seven jurors who will decide if the city of Eureka and its police department are to be held accountable for the killing of Martin Cotton. 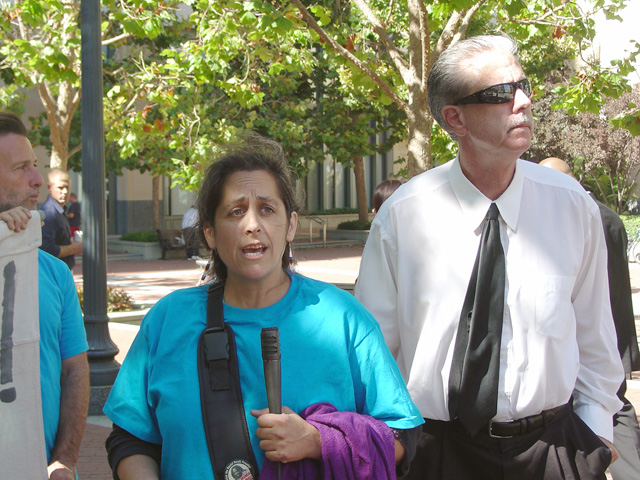 
The press conference concluded with chants of "Justice for Martin Cotton! Free Troy Davis!" as Troy Davis was scheduled to be executed by the state of Georgia an hour later the same afternoon. After the press conference, several supporters traveled to attend the vigil for Troy Davis in Justin Herman plaza to San Francisco. (Just as the execution was about to commence at 4pm EST, Troy Davis' execution was delayed three hours by the U.S. Supreme Court, but then proceeded when the court refused to issue a Stay of Execution.)


If you would like to attend the final day of the Martin Cotton civil trial, court starts at 8:30am in Courtroom #1 on the 4th floor of the 1301 Clay Street, Oakland Federal Building. Bring an ID to come in and be present at the trial. Supporters have been wearing blue shirts and sitting together throughout the trial. 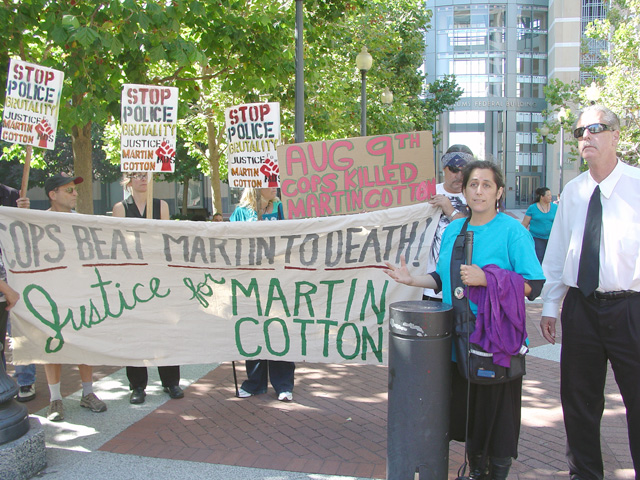