Add an Event
Newswire
Calendar
Features
Home
Donate
From the Open-Publishing Calendar
From the Open-Publishing Newswire
Indybay Feature
Publish to Newswire
Add an Event
Related Categories: San Francisco | Global Justice & Anti-Capitalism
#OccupyFDSF - Occupy Financial District San Francisco, Day One March, 9/17/11: photos
by dave id
Monday Sep 19th, 2011 1:16 PM
On September 17th, over one thousand demonstrators poured into New York City's financial district to confront corporate greed by establishing an ongoing presence, day and night, in lower Manhattan. The idea was to create an American Tahir Square on Wall Street. Police blocked marchers from reaching Wall Street, but hundreds persisted and set up camp in Zuccotti Park, now dubbed Liberty Plaza.. The occupation continues today in New York. In San Francisco, demonstrators likewise called for an occupation of the financial district starting on the same day. Protesters arrived outside of 555 California Street, formerly known as the Bank of America center, and spoke out for a new economic order in the U.S. that does not favor the wealthiest 1% at the expense of everyone else. After an hour of speeches, a large group from 555 California marched and chanted throughout downtown, with numerous passers-by cheering on the demonstration and its message of economic equality. This photo series picks up after the march reached the Westfield shopping center on Market Street and began to head up Powell Street to the high-end Union Square shopping district. While not as large as the East Coast action, demonstrators have maintained an ongoing presence on California Street for #OccupyFDSF. 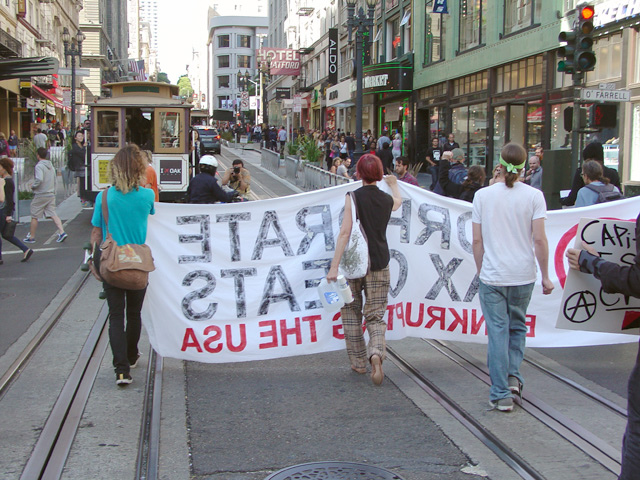 [Pictured above: Demonstrators leave the trolley turnaround at Market Street and head up Powell Street in San Francisco] 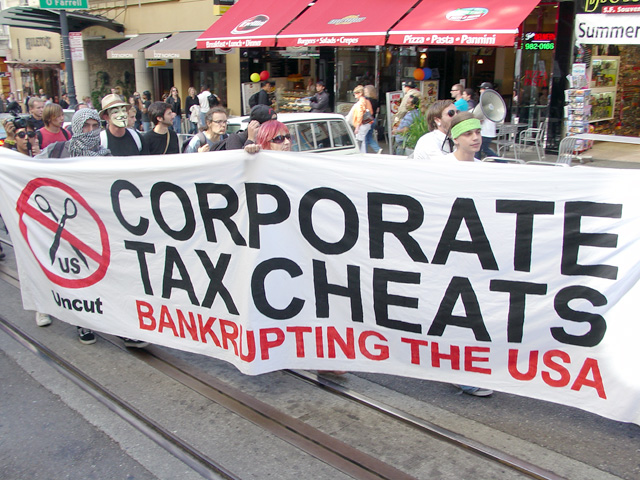 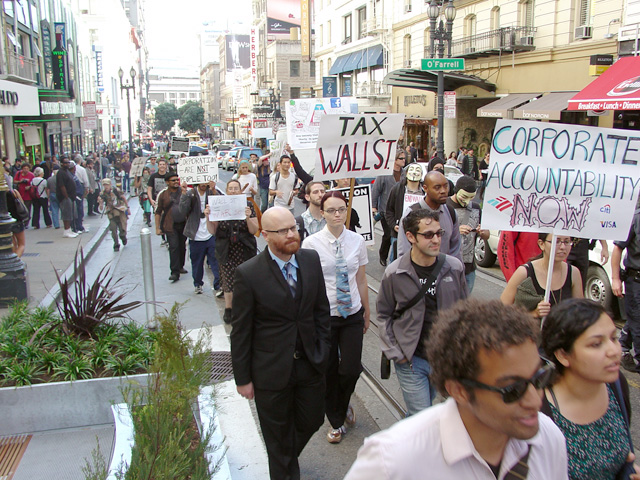 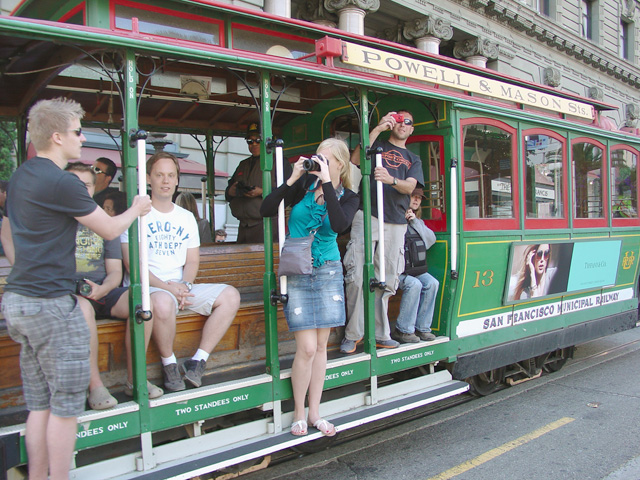 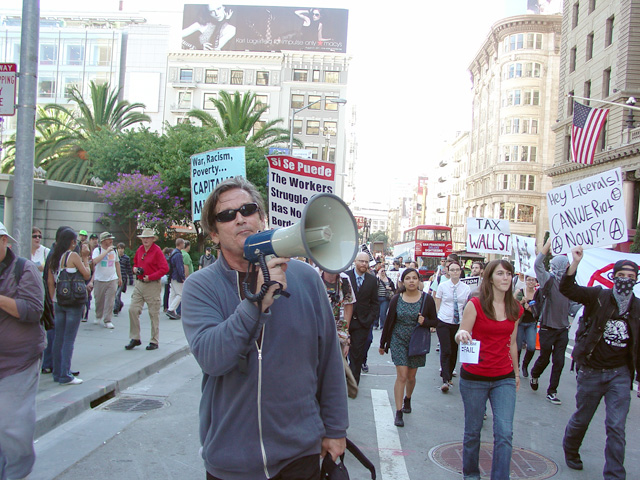 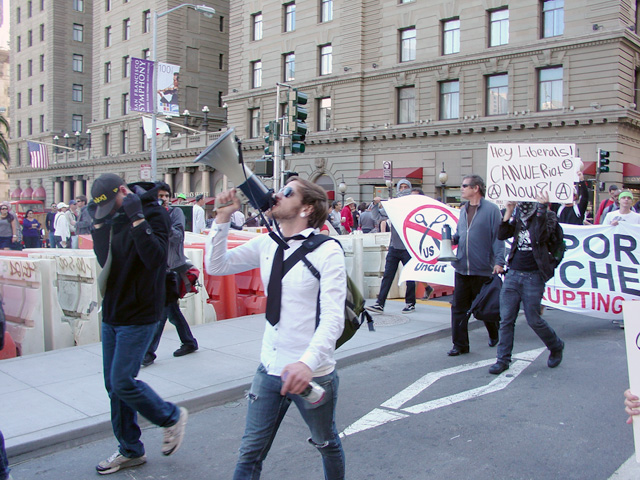 §Police presence was largely two SFPD officers on foot, one on bicycle, and one motorcycle
by dave id Monday Sep 19th, 2011 1:16 PM 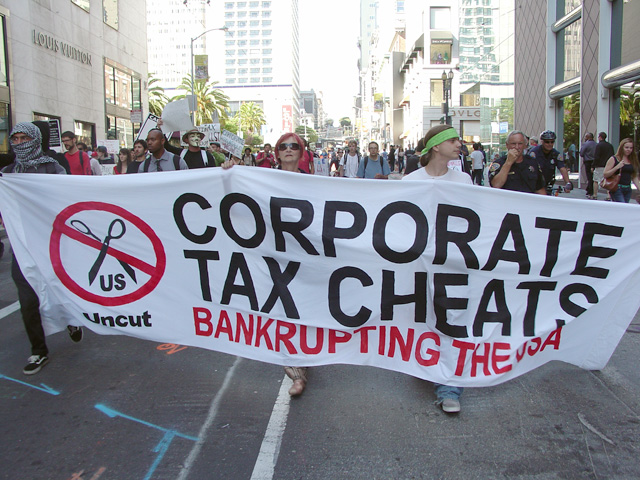 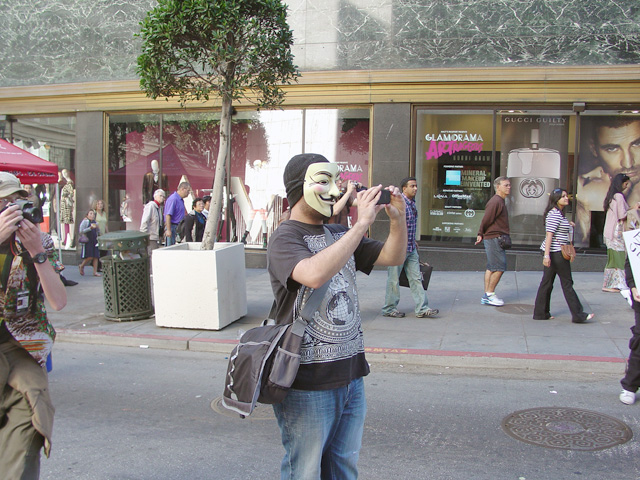 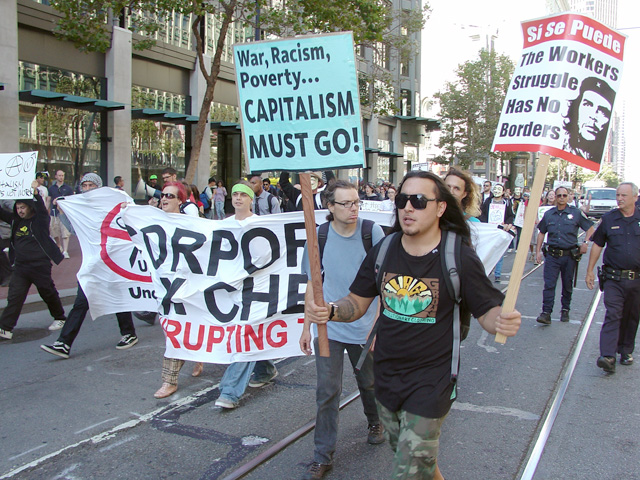 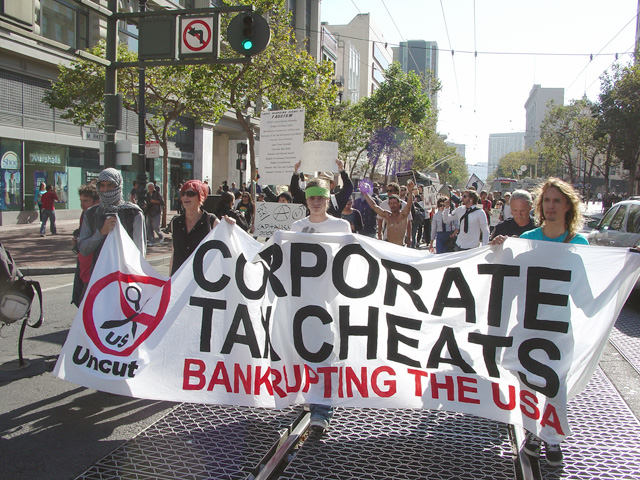 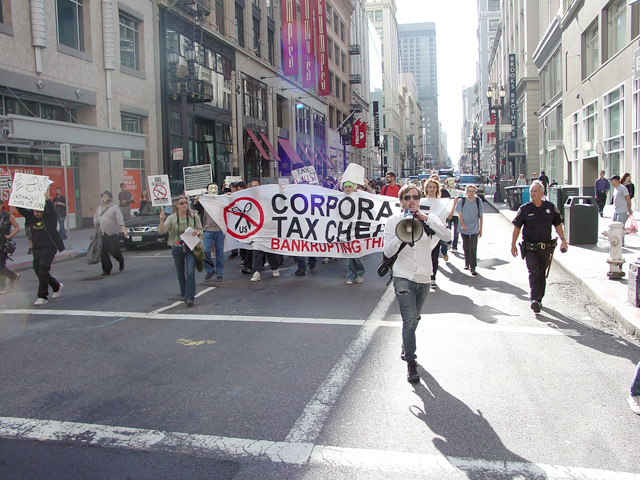 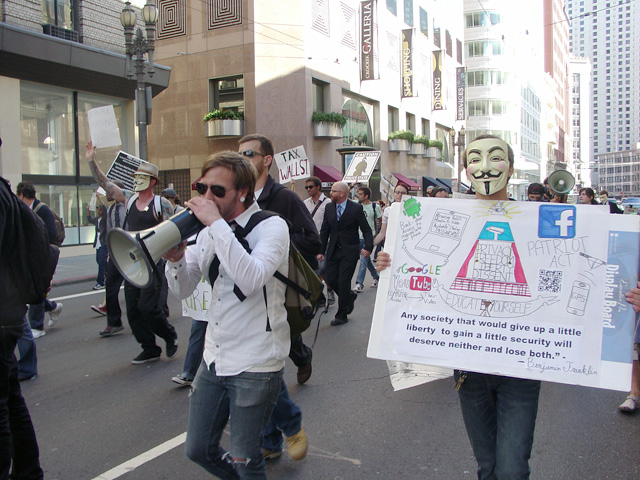 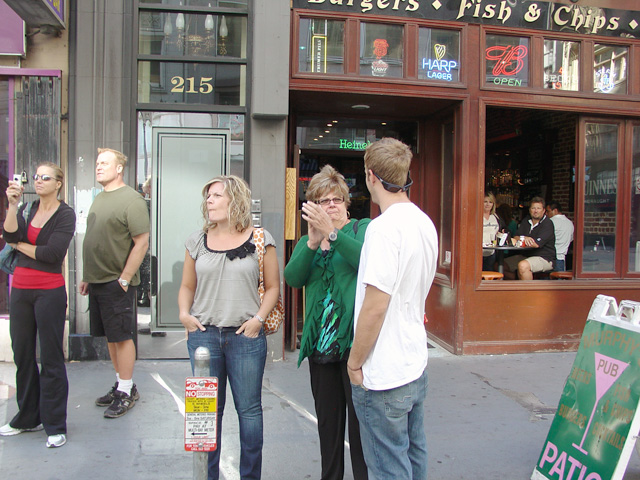 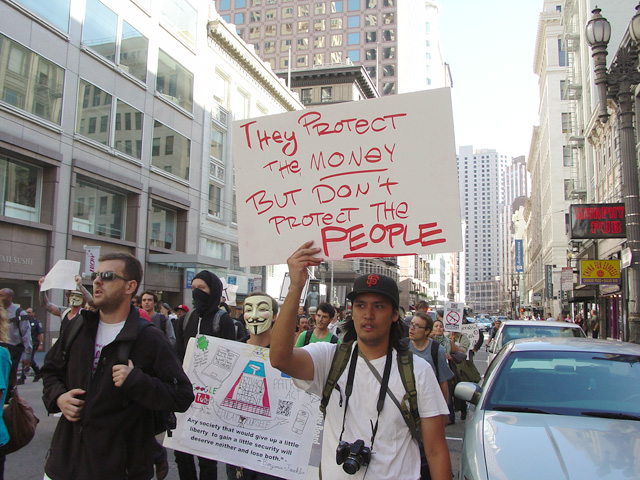 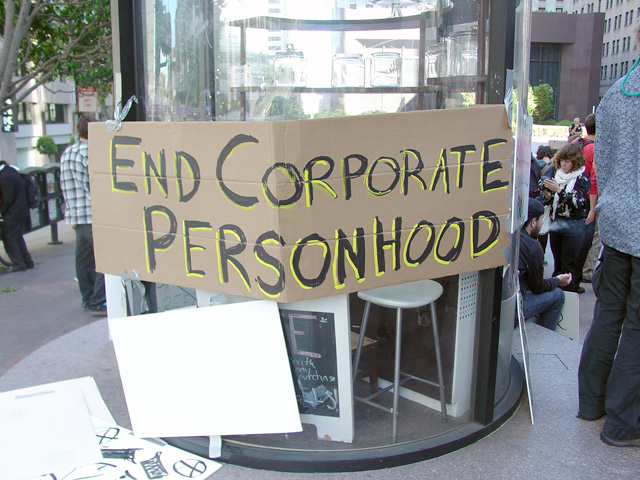 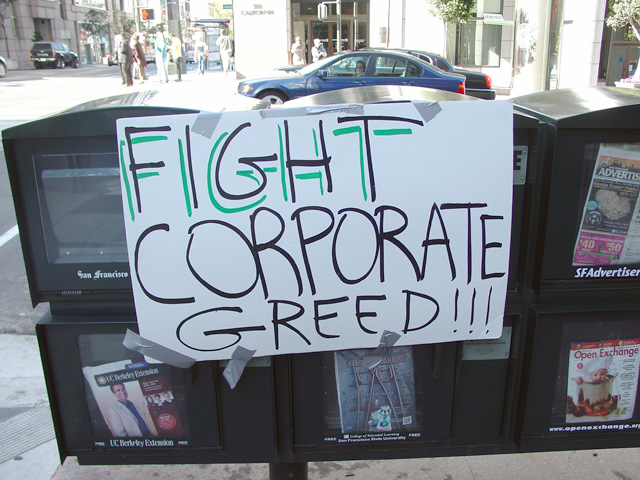 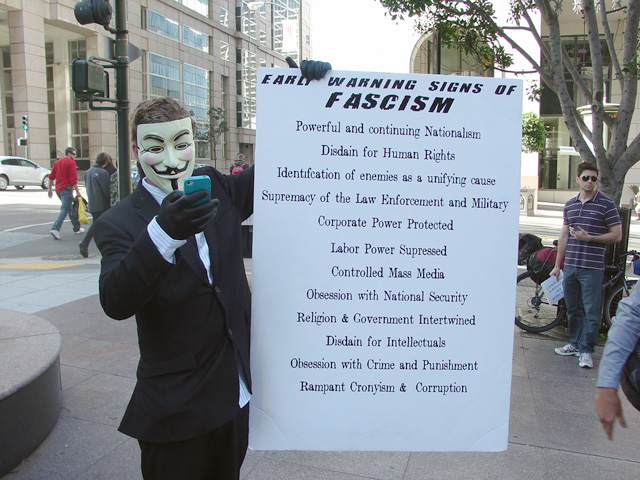 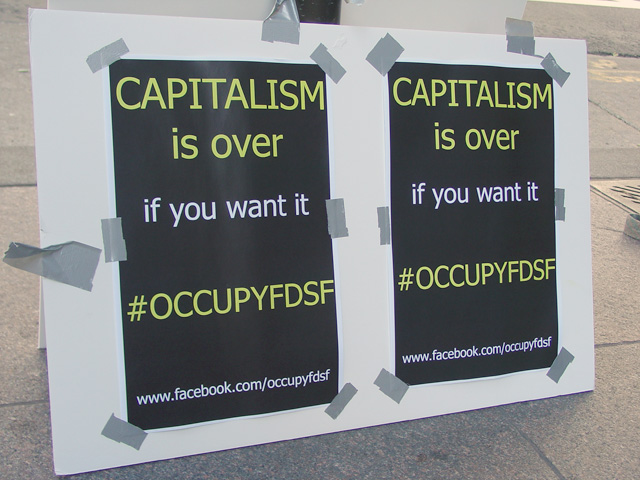 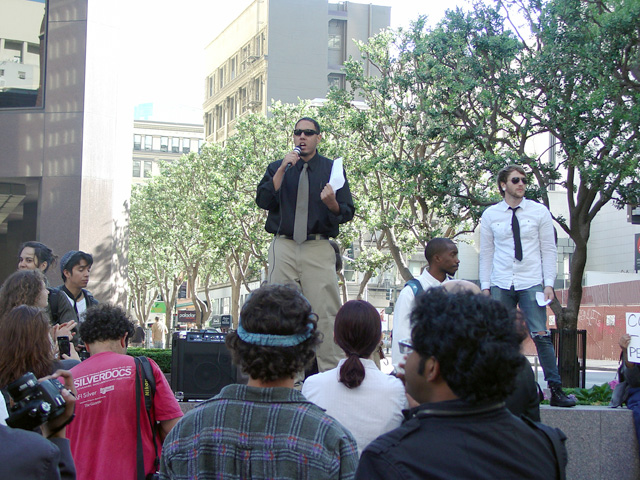