Add an Event
Newswire
Calendar
Features
Home
Donate
From the Open-Publishing Calendar
From the Open-Publishing Newswire
Indybay Feature
Publish to Newswire
Add an Event
Related Categories: San Francisco | Police State & Prisons
Anonymous OpBART-5 Protest - "The Fitness Program" 9/12/11: photos, 1 of 2
by dave id
Wednesday Sep 14th, 2011 1:41 PM
Anonymous' #OpBART-5 protest on September 12th was better attended than OpBART-4 on Labor Day. It was more mobile and far less people were arrested than at the "Spare the Fare" demonstration the previous Thursday inside the Powell Street station, where BART police arrested two dozen protesters and two Indybay journalists. In fact, no arrests were made during OpBART-5. This energetic edition of the weekly Anonymous protest against BART police violence and free speech violations started at Civic Center plaza and marched through the streets of San Francisco, through the unpaid areas of the Powell and Civic Center BART stations numerous times, zigzagging back and forth at a good pace for three and a half hours. SFPD, following on foot, struggled at times to keep up, eventually abandoning tagging along with the march. SFPD motorcycle officers followed demonstrators from there on out. BART police mostly stood in the two stations through which activists repeatedly passed, donning their riot helmets at the sight of approaching demonstrators every time. Jokingly, several people on social media websites referred to the demonstration as "the fitness program" for the many miles marched and all of the stairs climbed up and down throughout OpBART-5. 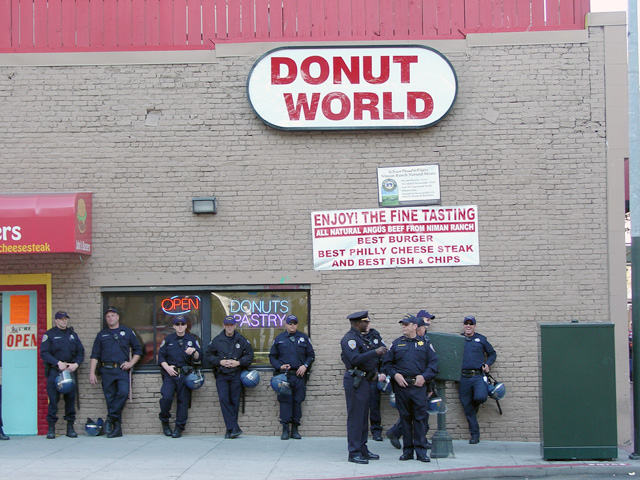 [Pictured above: SFPD waiting for demonstrators to march. These officers didn't make it through the entire 3 1/2 hours of roaming San Francisco streets and BART stations.] 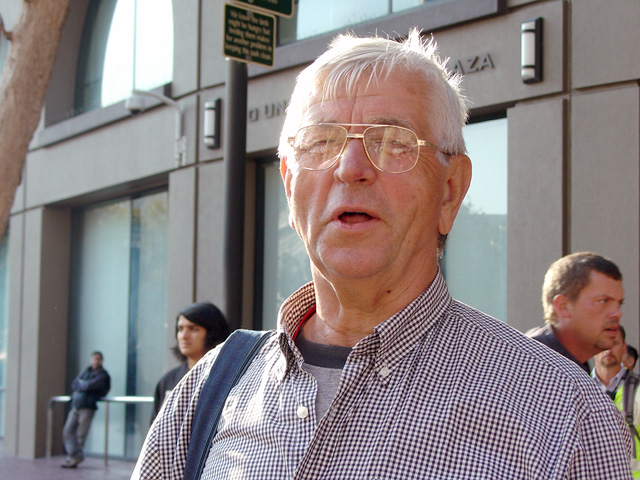 If you ask this guy that has been photographing at all of the Anonymous demonstrations since August 15th who he is, he acts like he cannot speak English yet will hand you a business card in English that says he is Victor Polyakov who blogs at http://al-31f.livejournal.com. If you look at the blog, you can see that Victor Polyakov has been posting photos from Eastern Europe throughout the time of the Anonymous demonstrations and that there is no mention of anything in San Francisco.
http://www.indybay.org/newsitems/2011/08/22/18688332.php?show_comments=1 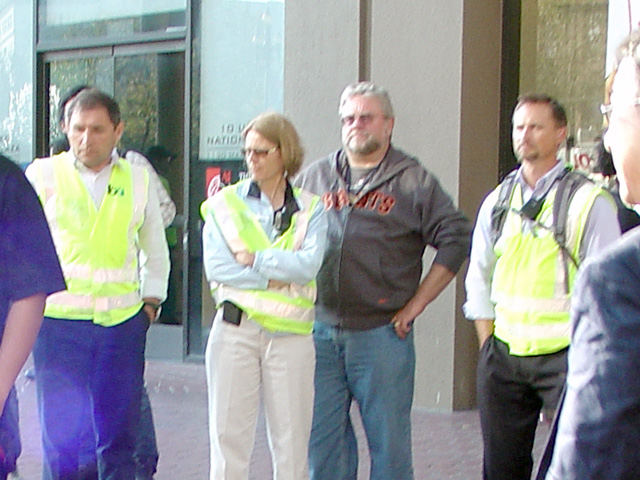 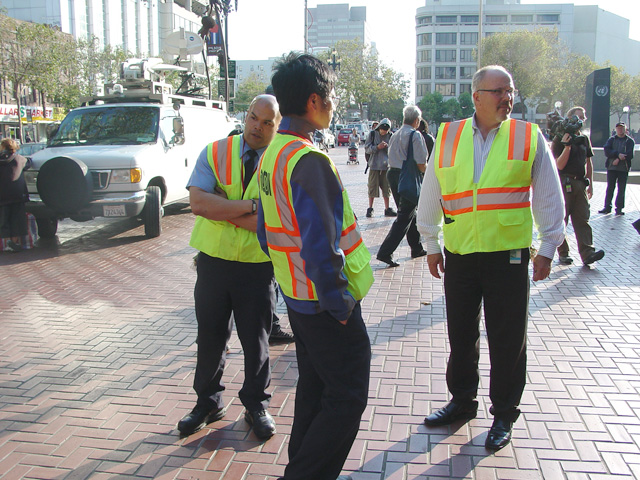 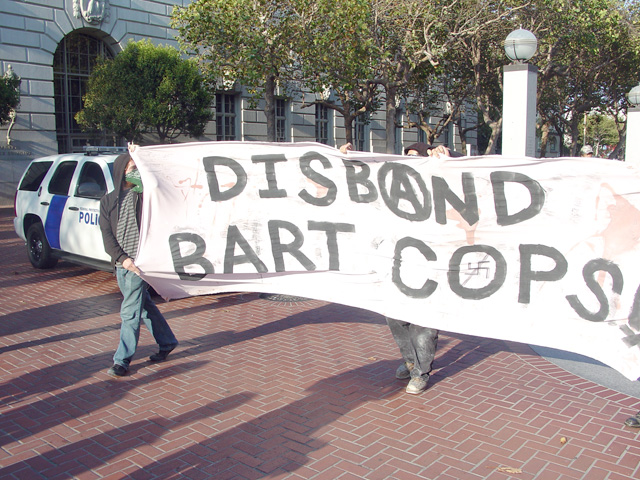 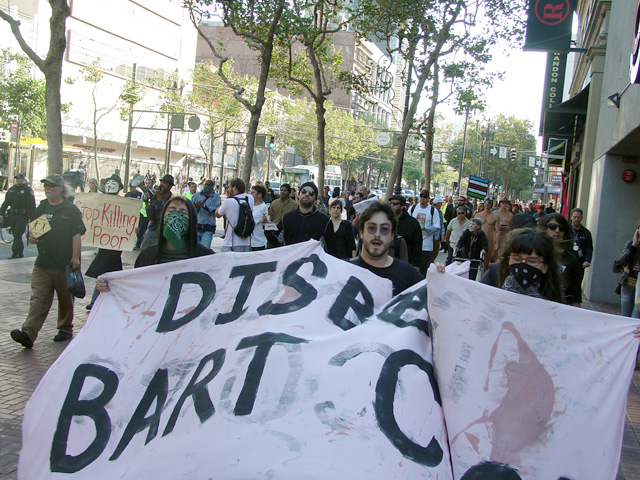 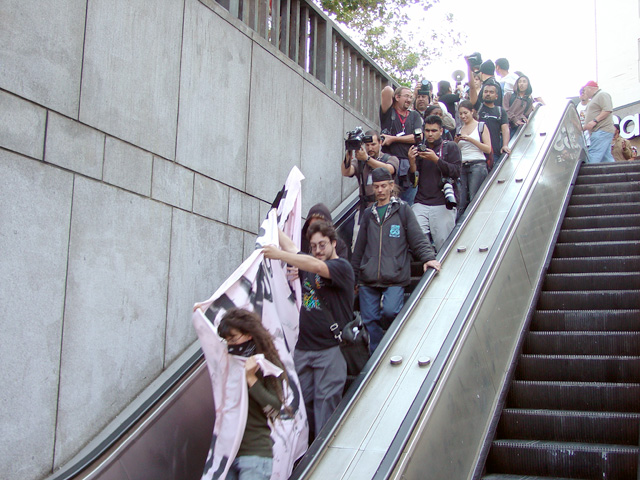 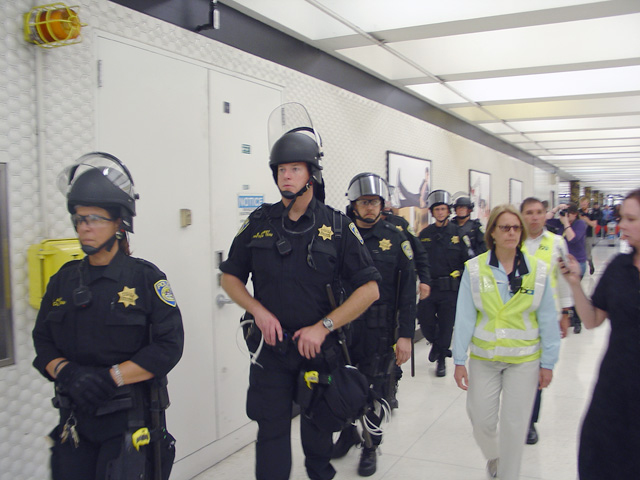 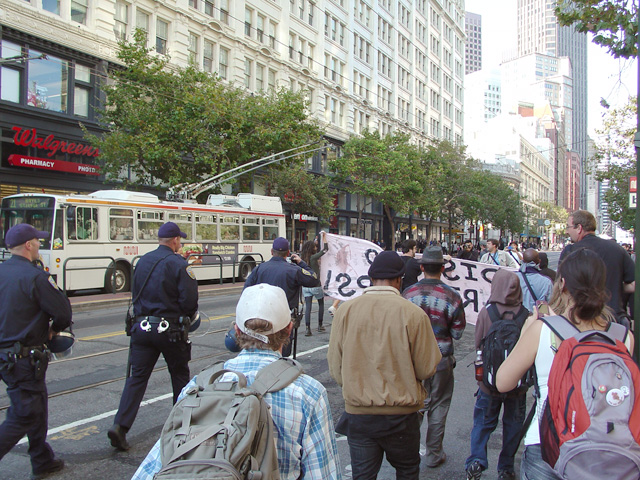 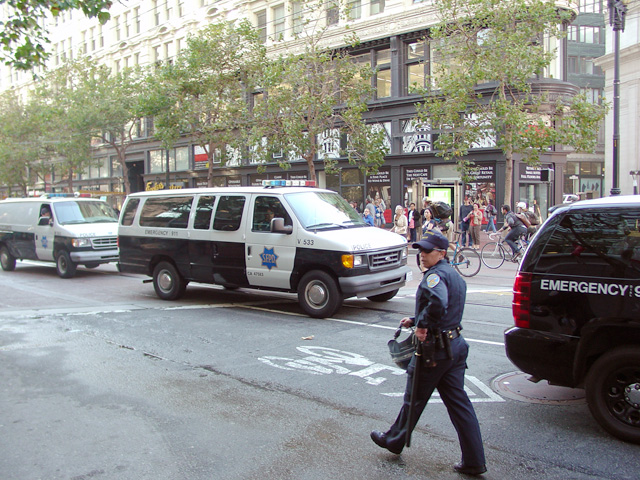 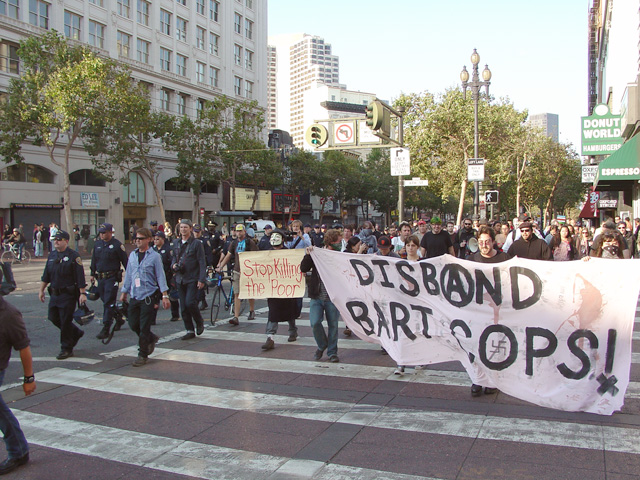 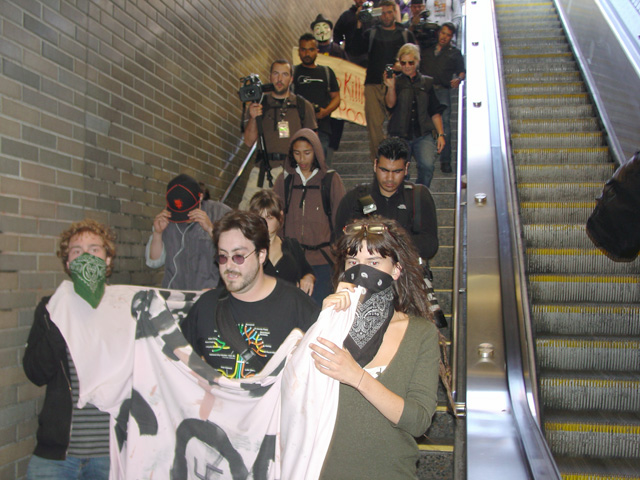 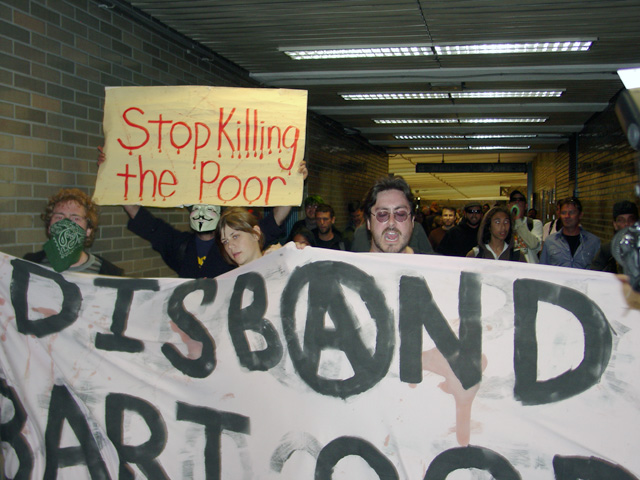 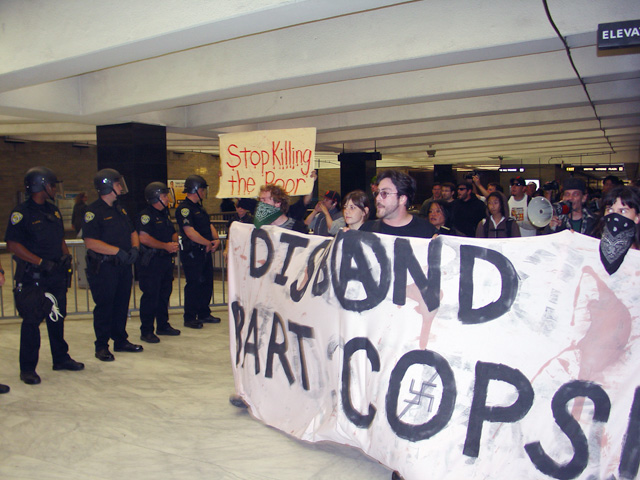 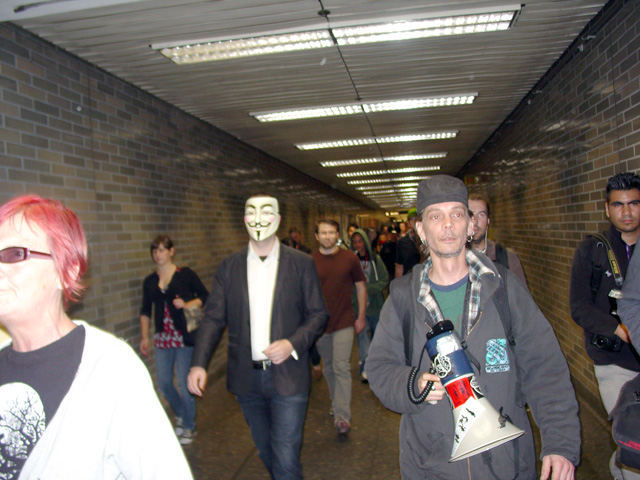 Tailing SFPD at street level came to expect demonstrators to appear at the opposite end of stations marched through, and switching directions within stations sometimes lead to SFPD being a block away when protesters resurfaced, forcing SFPD to hussle to keep up.
http://www.indybay.org/newsitems/2011/08/1...
§Leaving Civic Center station
by dave id Wednesday Sep 14th, 2011 1:41 PM 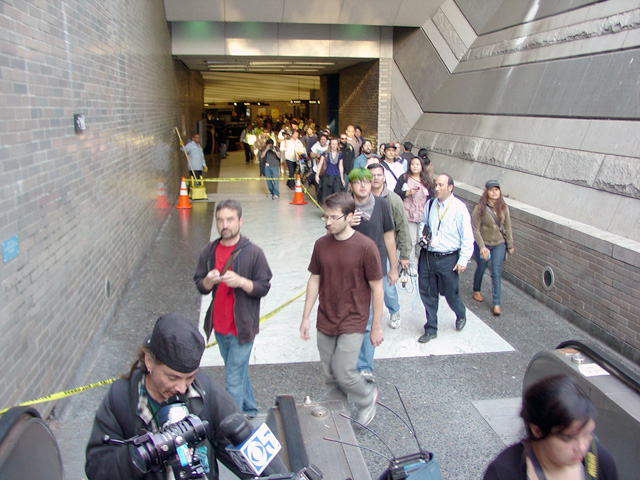 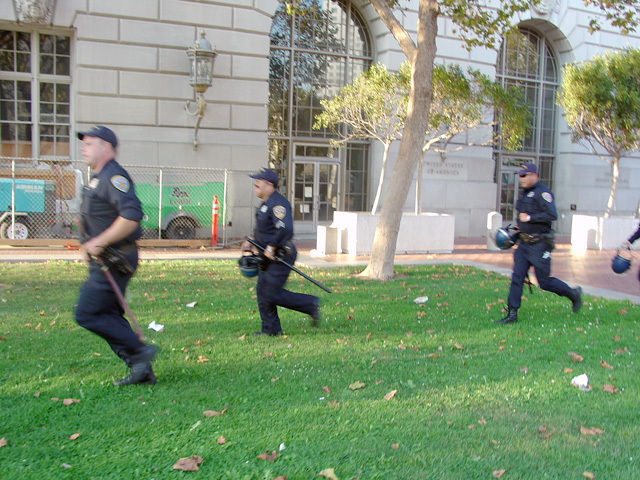