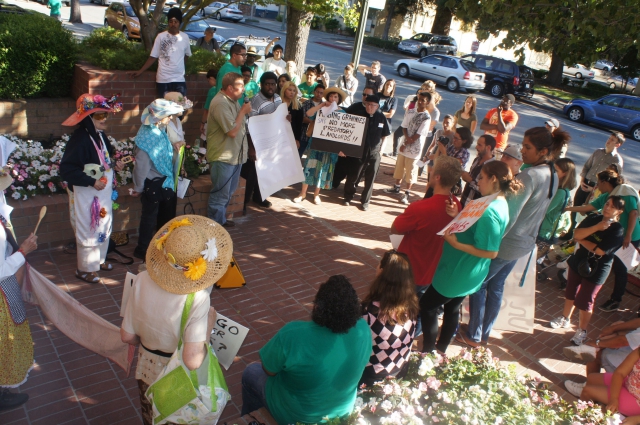 original image (3344x2224)
“Don’t Sell To Zell!” shouted East Palo Alto tenants and their supporters, as they rallied on Monday in front of a Wells Fargo branch in downtown Palo Alto. The demonstrators were protesting Wells Fargo’s pending arrangement with investment group Equity Residential, of which Sam Zell is the founder and chairman.

Not long ago, Wells Fargo made a stated commitment to involve the community in transitioning the property to new ownership. Despite this commitment, the bank is ready to make the sale to Zell. “We are shocked that Wells Fargo, which claims to respect the community, would choose to sell East Palo Alto to a vulture like Zell. Wells should put this deal on hold and re-engage with the community to find responsible buyers with plans to preserve this rent-controlled housing,” stated Shirley Gibson of Legal Aid Society of San Mateo County.

During Monday's rally two representatives of local organizations supporting tenants delivered a letter of demands to the bank, while cheers rose in front of the building. One protester went into the bank and closed her account with Wells Fargo, telling them she could no longer justify being a customer of a bank that did not show concern for the community. 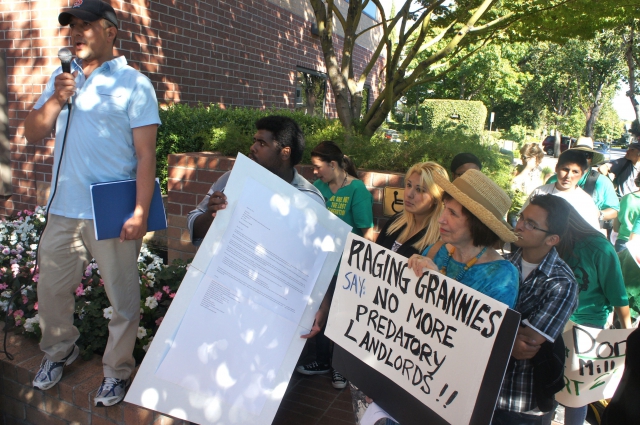 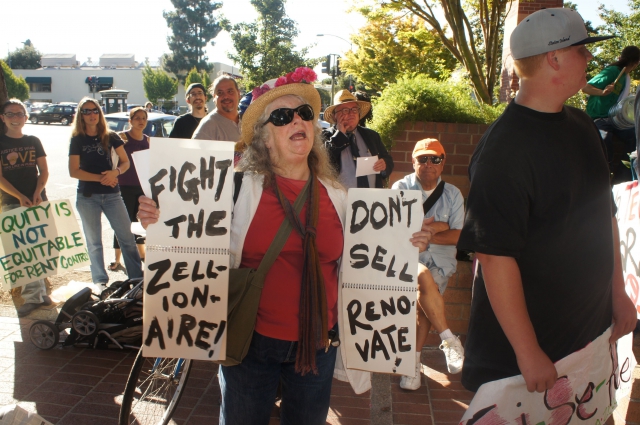 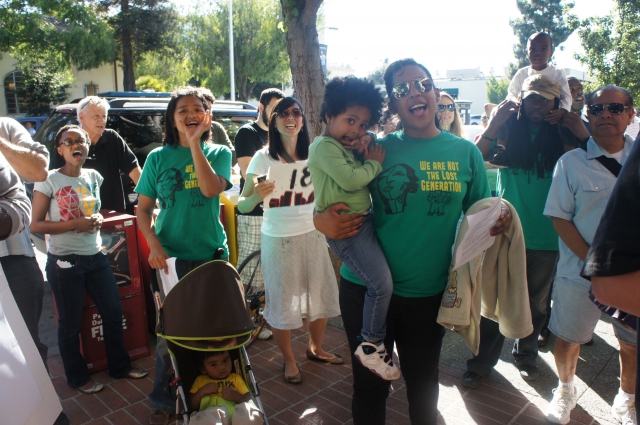 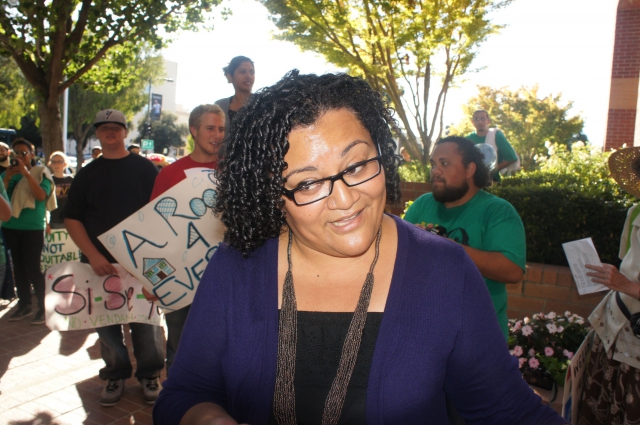 original image (3344x2224)
She said when she went into the bank during the rally to close her account, the employees were not happy about the protest
§Grannies led chants and songs
by R. Stevens Monday Aug 22nd, 2011 8:50 PM 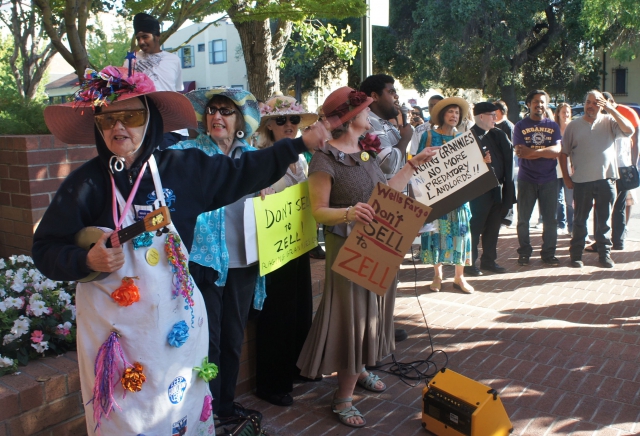 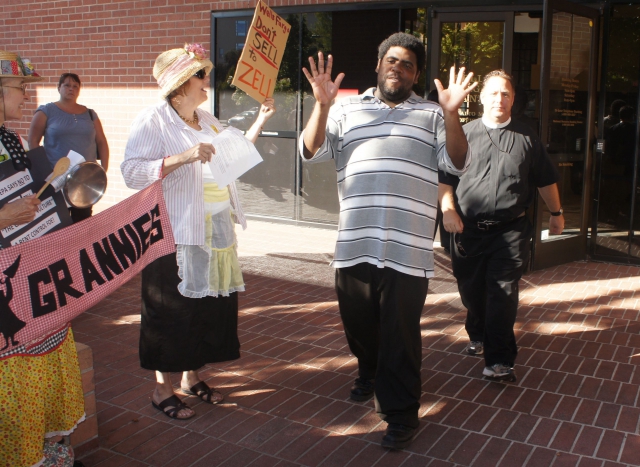 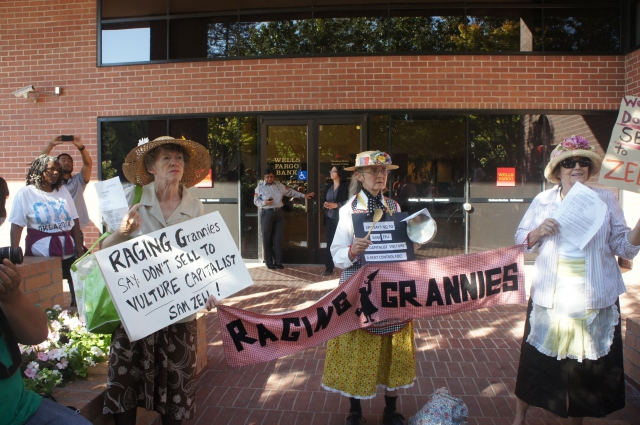 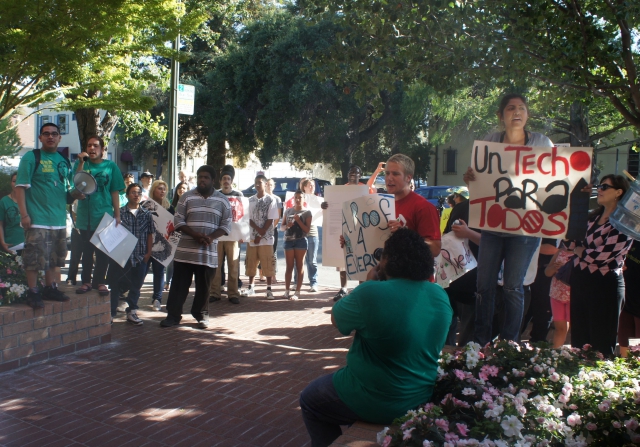 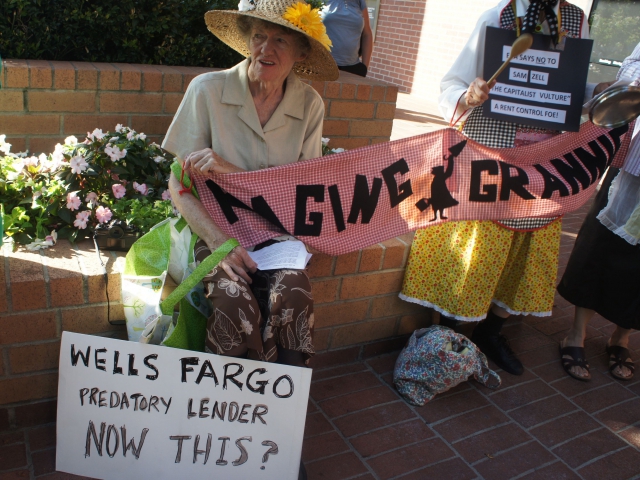 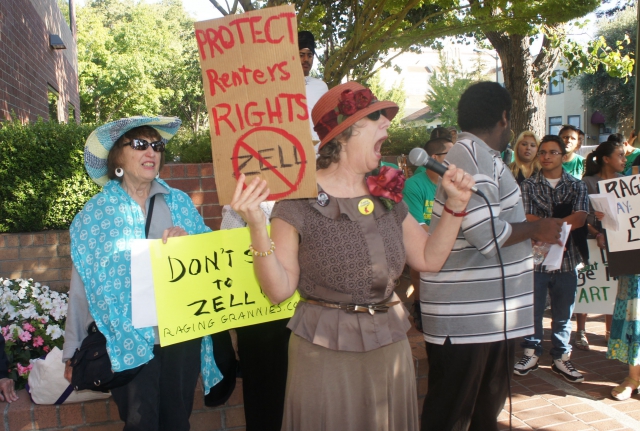 original image (2966x2001)
Add Your Comments
LATEST COMMENTS ABOUT THIS ARTICLE
Listed below are the latest comments about this post.
These comments are submitted anonymously by website visitors.