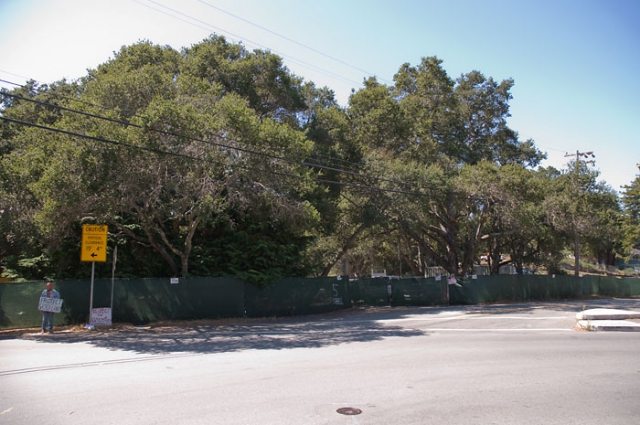 original image (700x465)
With the archaeologoical work ongoing, protests continued for a sixth straight day at the Ohlone village and burial site near Branciforte Creek in Santa Cruz. Protestors are now asking that community members sign a petition which seeks to permanently protect the site. The petition is available at the KB Home construction site on Market Street/5 Isbel Dr, or by signing it online:

On Tuesday the Santa Cruz Sentinel reported that plans remained unclear for the site, and Ann Marie Sayers, who has been named the most likely descendent, was quoted as saying, "I would love to see (the land) purchased by people who understand what sacredness is...KB Homes should donate it to the city or the county so it would remain open and no more burials be disturbed." 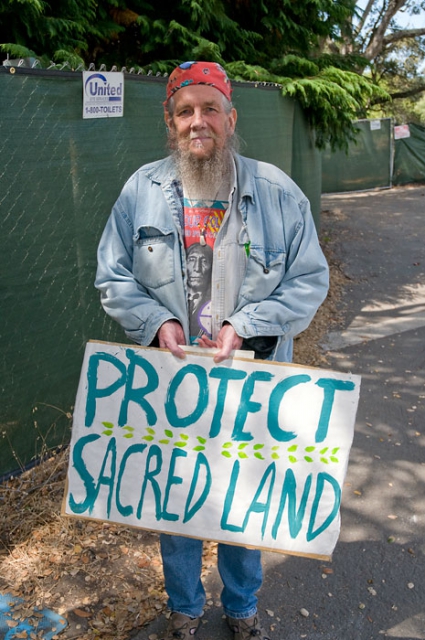 original image (465x700)
Friday afternoon - Local resident Autumn Sun was protesting at the construction site since 9am, collecting petition signatures and handing out fliers. He was also at the 1975 occupation of an Ohlone burial ground in Watsonville that was eventually protected from development.
Add Your Comments
Support Independent Media
We are 100% volunteer and depend on your participation to sustain our efforts!