Add an Event
Newswire
Calendar
Features
Home
Donate
From the Open-Publishing Calendar
From the Open-Publishing Newswire
Indybay Feature
Publish to Newswire
Add an Event
Related Categories: San Francisco | Police State & Prisons
Anonymous OpBART Protest Shuts Down Four SF BART Stations & More, 8/15/11: photos, 2 of 2
by dave id
Tuesday Aug 16th, 2011 2:32 PM
On August 15th, a protest was called by Anonymous in San Francisco that shut down four downtown BART stations during the evening commute by simply walking from one station to the next. MUNI service was disrupted as well in the stations that BART chose to close rather than face protesters. Street-level buses and traffic were also effected during the march from Civic Center to Embarcadero. These photos are a continuation of the photo series begun at http://www.indybay.org/newsitems/2011/08/16/18687876.php. 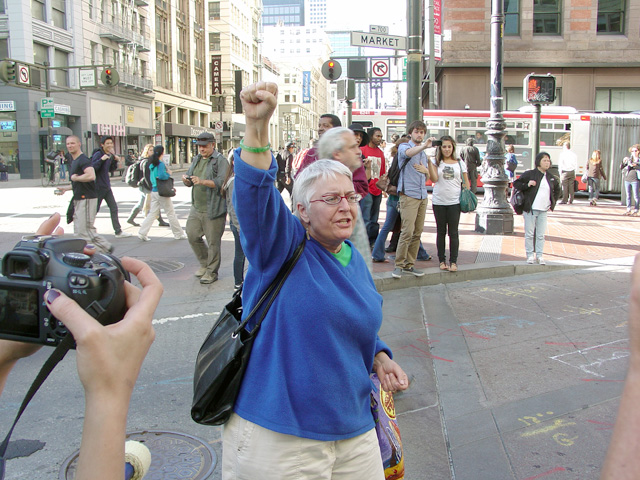 [Melyssa Jo Kelly, witness to the BART police killing of Charles Hill inside Civic Center station on July 3rd, joins the march on Market Street. Video interview with her at http://www.indybay.org/newsitems/2011/08/16/18687914.php.] 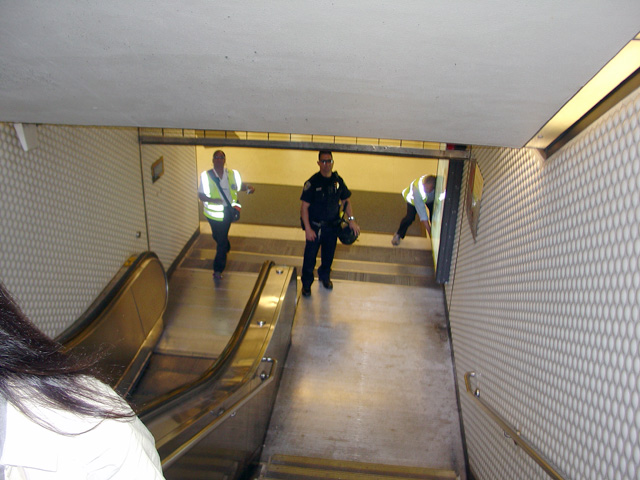 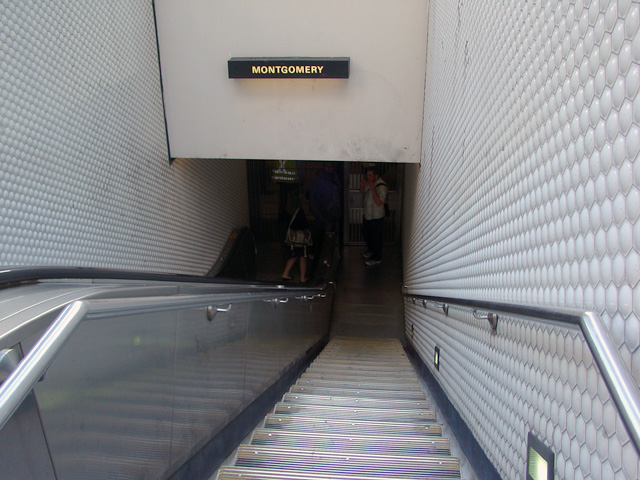 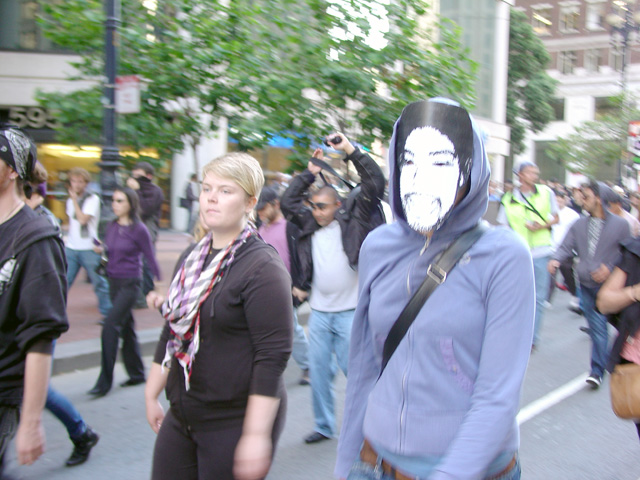 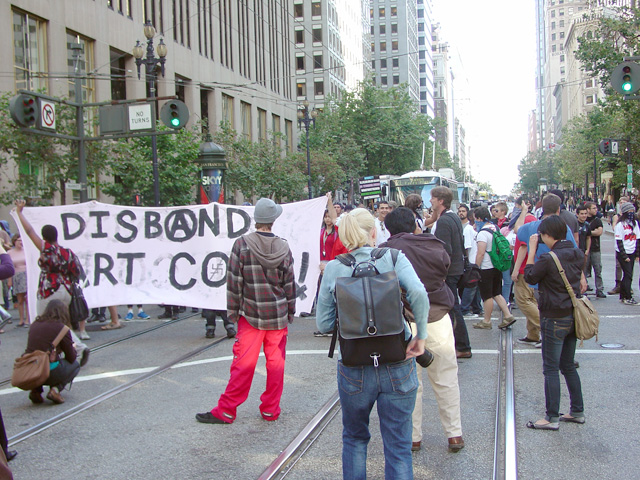 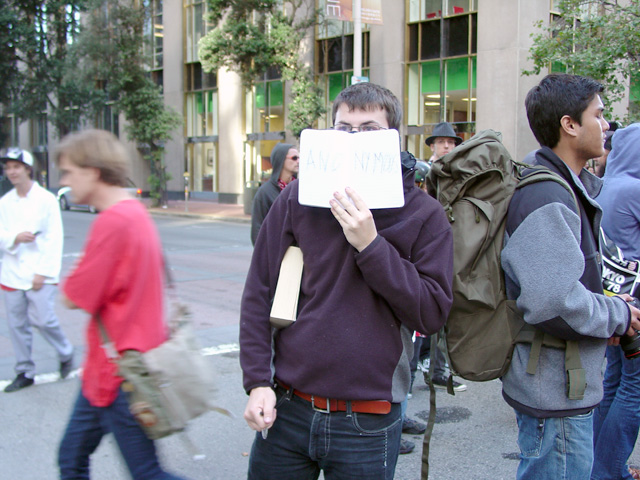 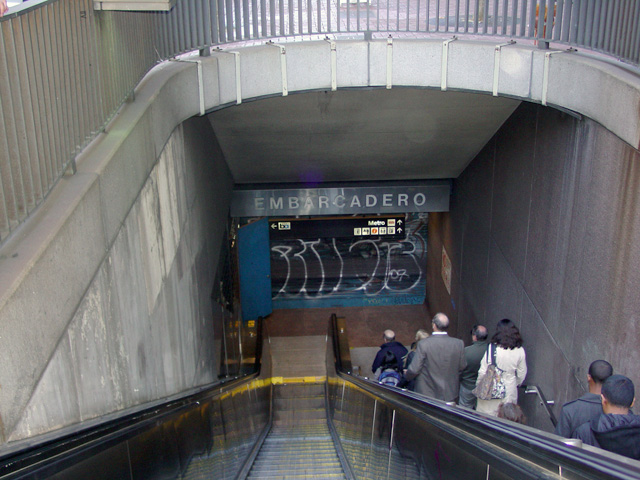 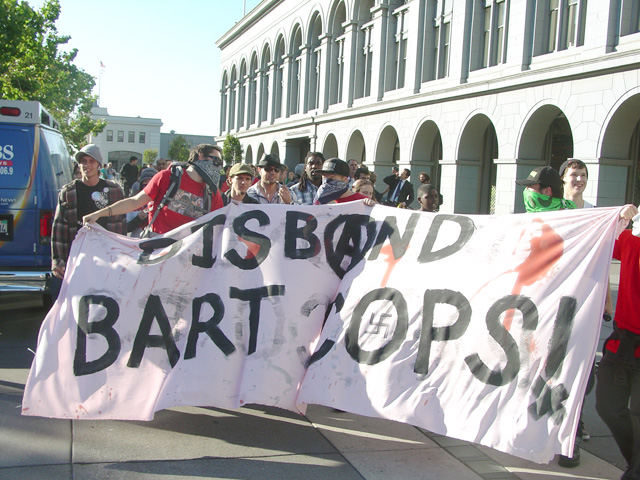 Marching through the Ferry Building must have freaked out SFPD as suddenly 20 or more officers appeared on the scene. http://en.wikipedia.org/wiki/San_Francisco_Ferry_Building 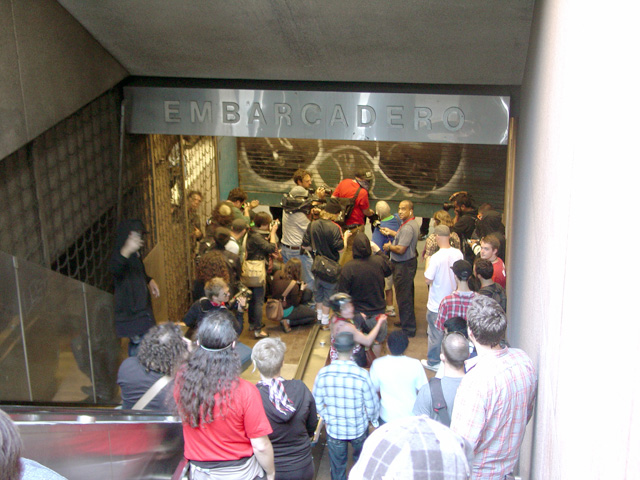 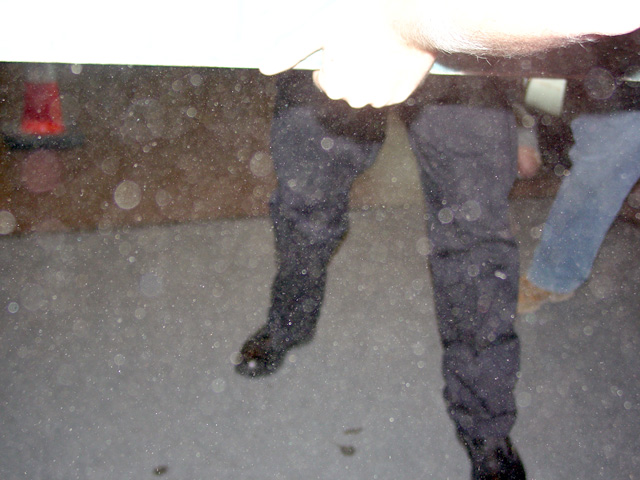 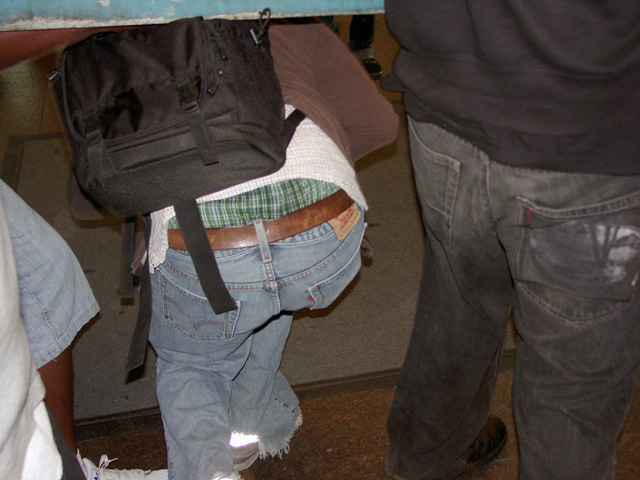 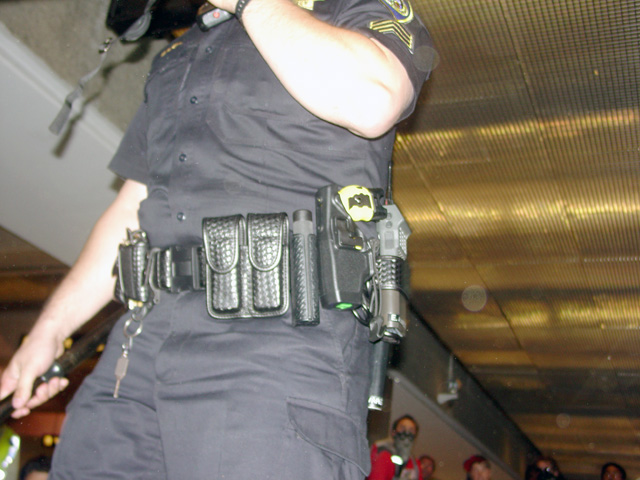 He swung and poked his nightstick through the gate opening, futilely attempting to discourage protesters from entering the station. Perhaps 10-15 made it through, and then rode trains to other stations. 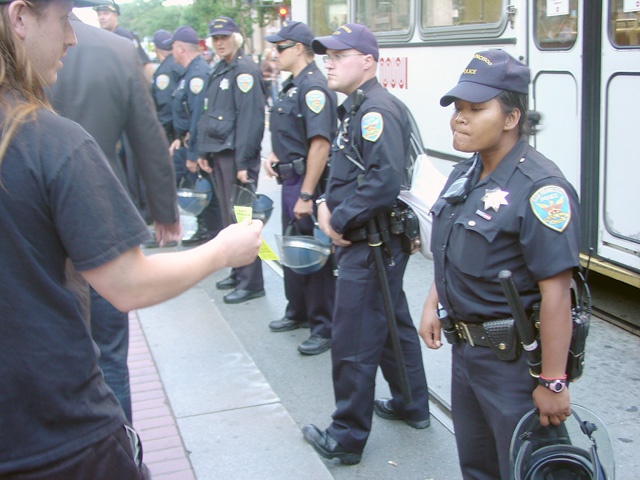 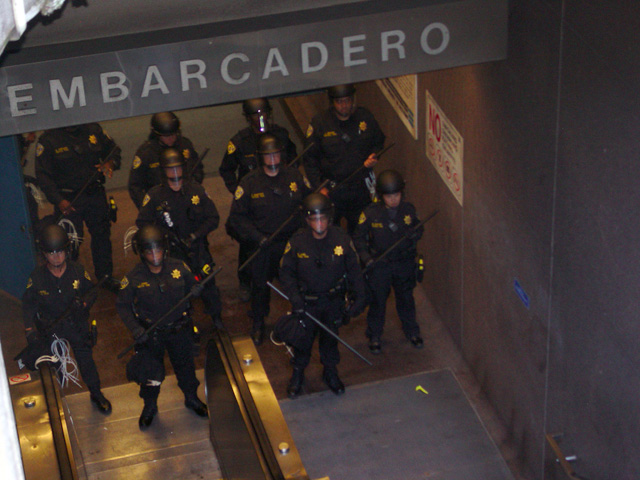 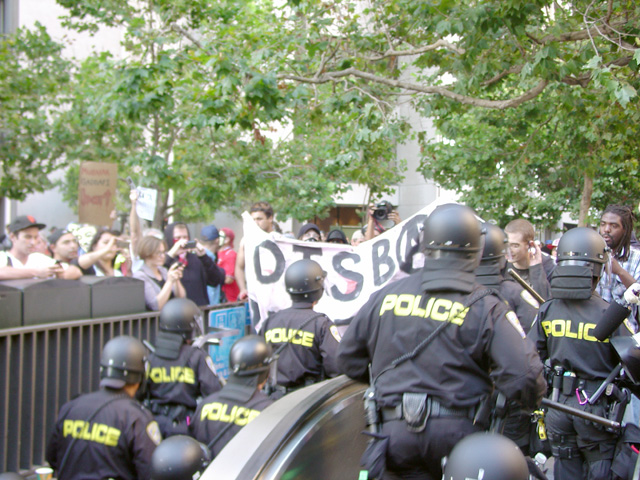 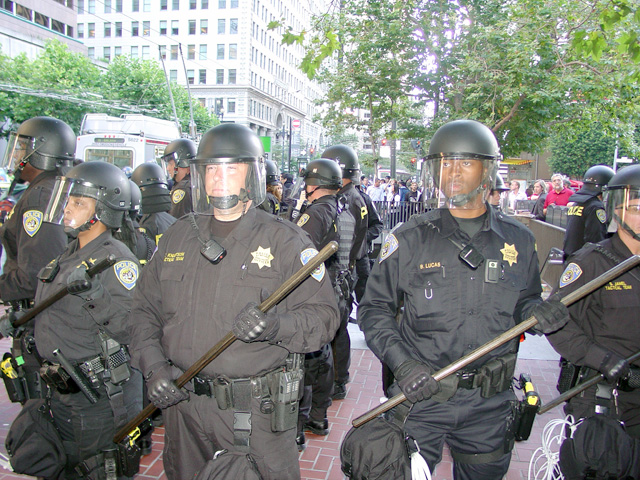 "Inside the fare gates is a non-public forum and by law, by the Constitution, the U.S. Supreme Court, there is no right to free speech there."
- BART PR spokesperson Linton Johnson 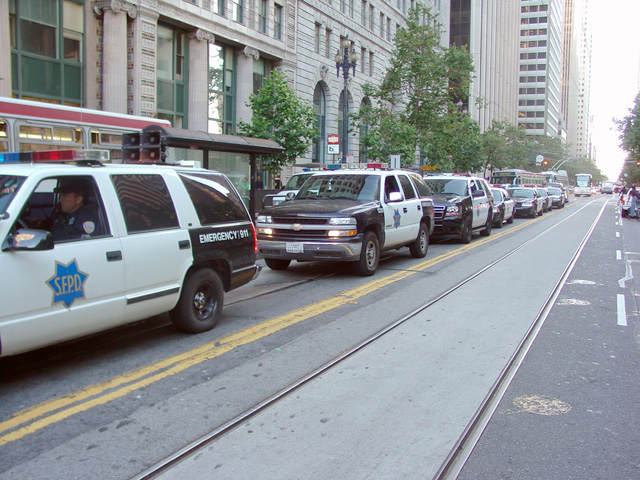 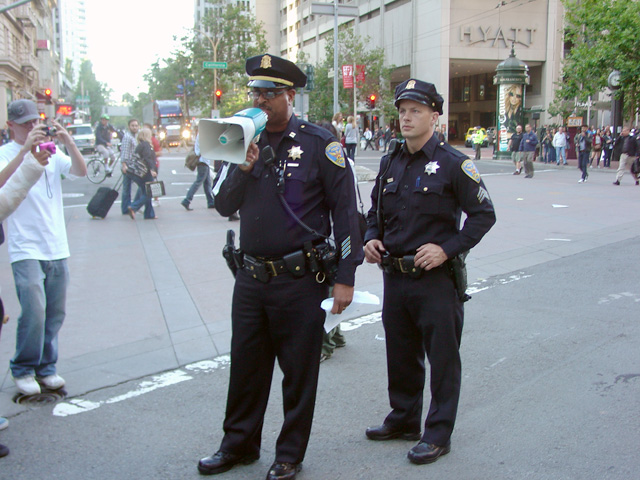 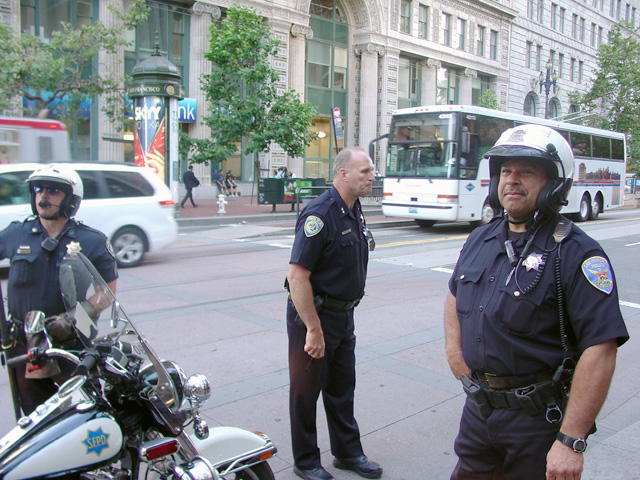 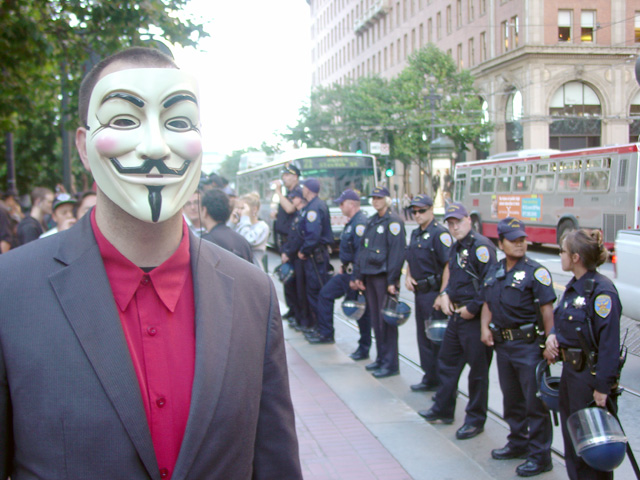