Save The Knoll March

by Alex Darocy (alex [at] alexdarocy.com)
On August 14, community members in Santa Cruz gathered downtown and marched to the Market Street construction site owned by KB Homes. Remains of a Native American child were unearthed at the site on August 2. 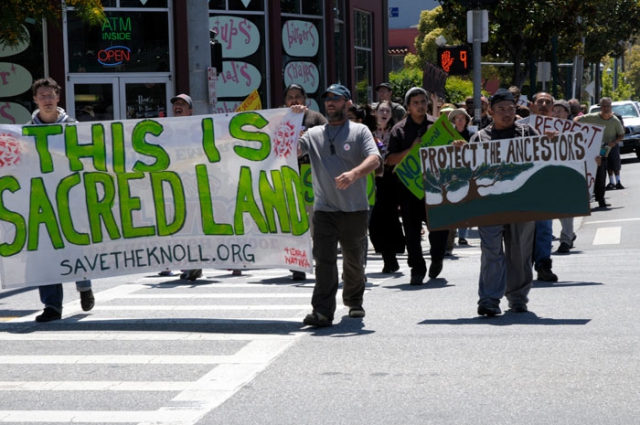 original image (700x465)
At 12:30 pm approximately 100 community members gathered at the corner of Pacific Avenue and Laurel Street in Santa Cruz to express outrage about the new KB Homes development on Market Street.
On August 2, the remains of a Native American child were unearthed at the Market Street site by construction crews hired by KB Homes.
Community members made their way down Pacific Avenue to the Town Clock for a stop, and then marched down Water Street and Ocean Street to Grant Street Park where a short demonstration and prayer ceremony was held. Two police motorcycle patrols on Hubbard Street observed the marchers and followed the demonstration to Grant Street by using the backstreets.
Marchers then made their way to the Market Street construction site owned by KB Homes.
While at the construction site, another prayer ceremony was held, and a private security agent arrived. Approximately 10 minutes later a SCPD patrol vehicle arrived, and the officer called for back up, which brought two or three more patrol vehicles.
The prayer ceremony lasted for approximately 20 minutes, at which point the demonstrators left the construction site without incident and made their way back towards downtown.
During the prayer ceremony, it was asked that no photography take place. The police were asked to respect this also, on religious grounds, but an officer continued to take pictures.
The concept of 'trespassing' was discussed during the prayer ceremony, but many if not most of the demonstrators were unclear as to whether or not they were trespassing at the construction site.
During the prayer ceremony, questions were put to the community: "What would you do if these were your ancestors? What would other people in the community do if the graves or burial grounds of their relatives were to have homes built on top of them?
Another speaker during the prayer ceremony said that this was about saving the places where, "we can pray." In Santa Cruz, the Market Street site is that place.
Community members are asking for either the city to buy the property or for KB Homes to donate it so that it can be preserved as a sacred site for people to pray and gather at.
For more info go to: http://savetheknoll.org/

All of the photos I take are creative commons images, feel free to use them.
Alex Darocy
alex [at] alexdarocy.com
http://www.alexdarocy.com 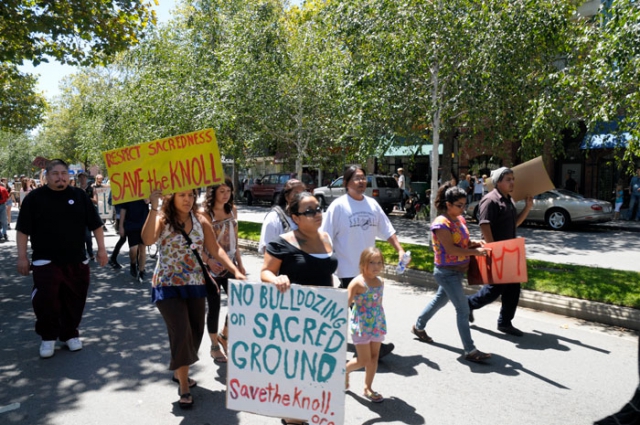 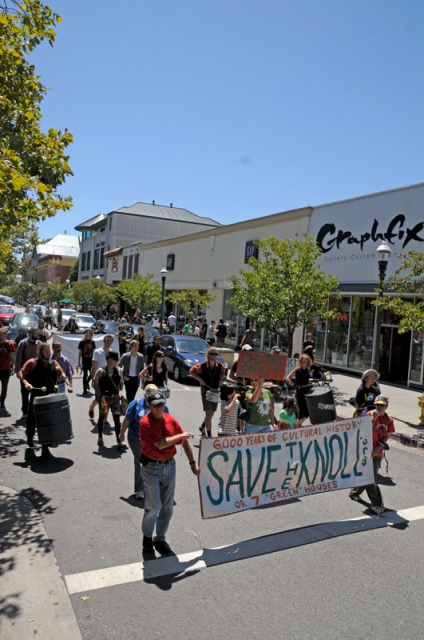 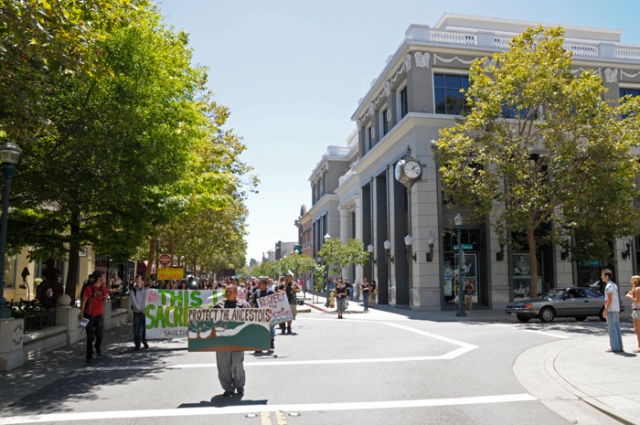 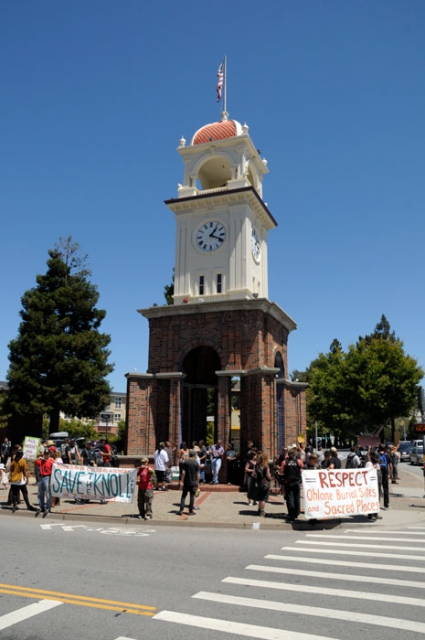 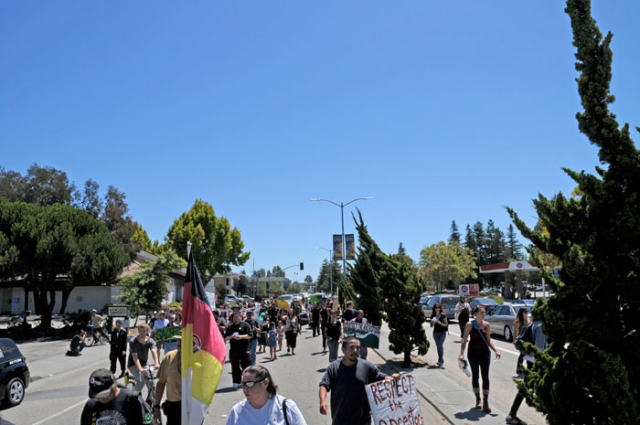 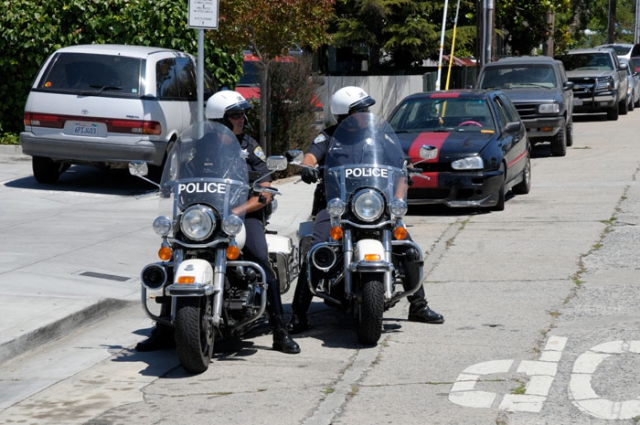 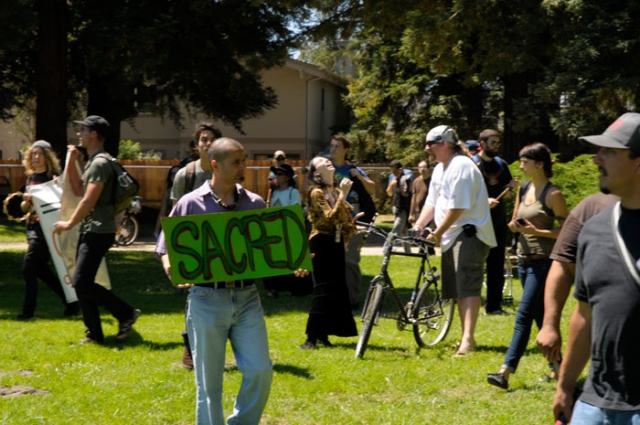 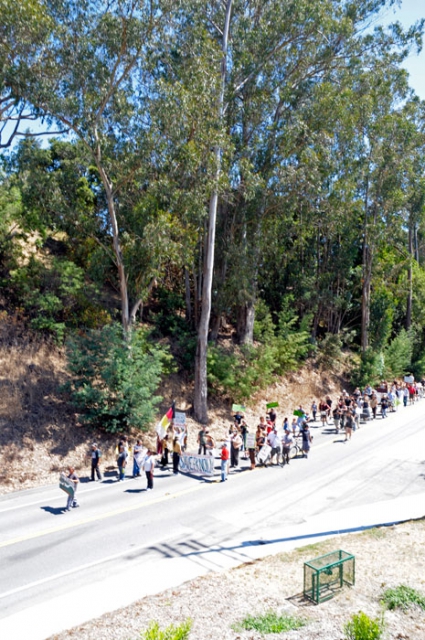 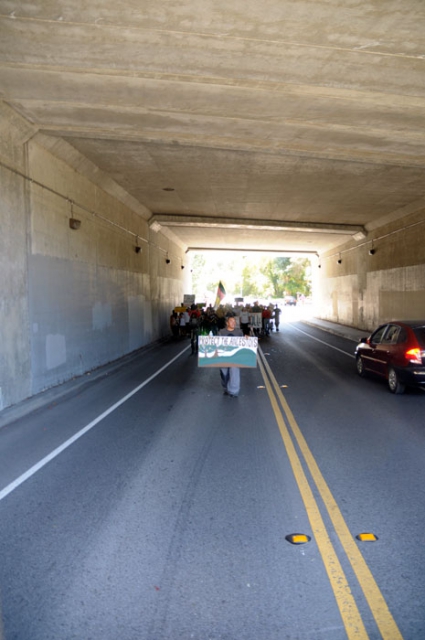 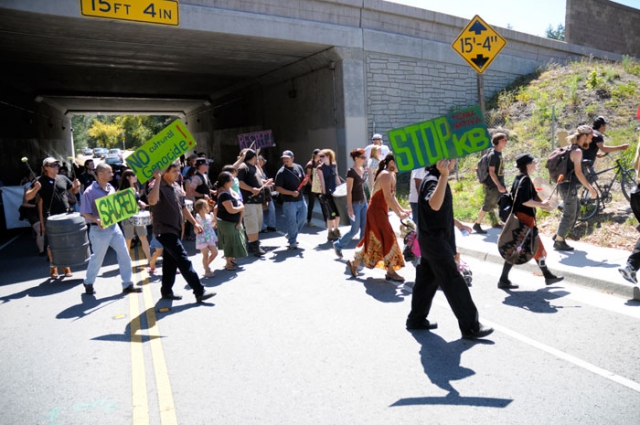 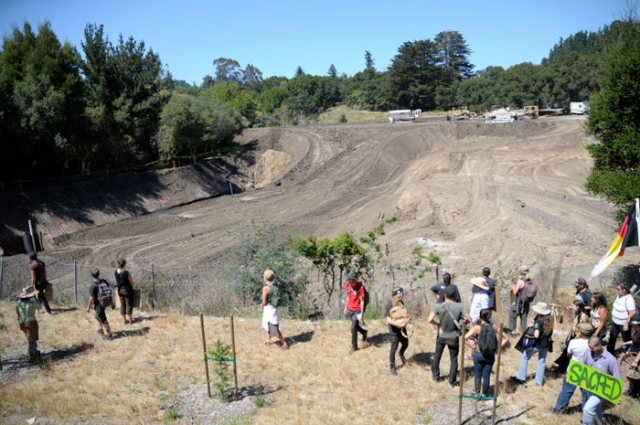 original image (700x465)
The remains of the child were found in the knoll above this area.
§
by Alex Darocy 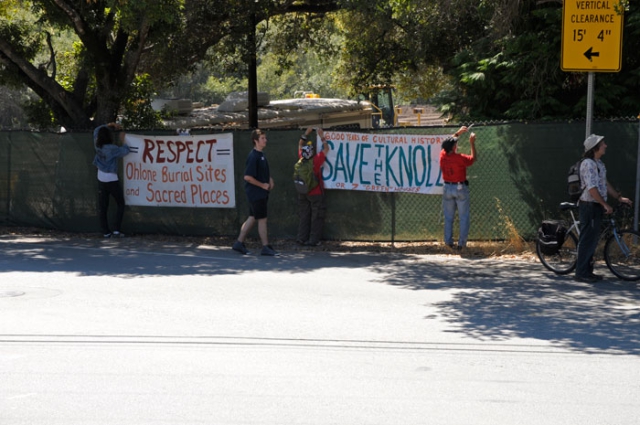 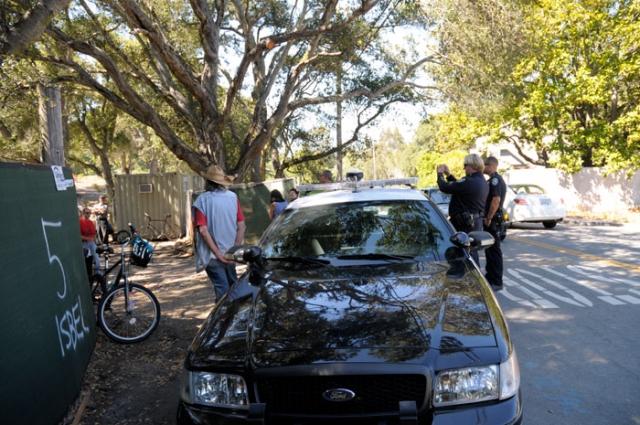 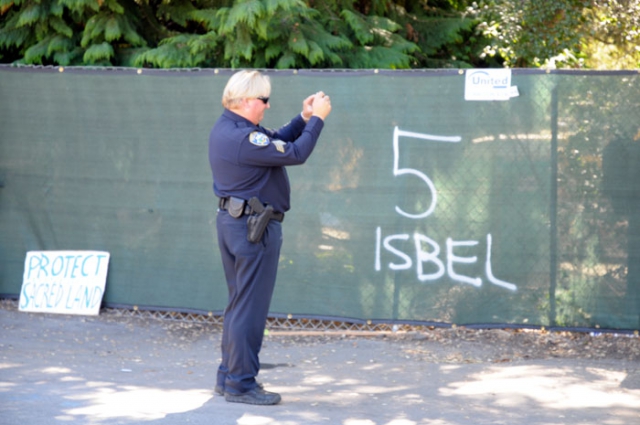 original image (700x465)
The officer continued to take photos of the prayer ceremony after requested not to.
§
by Alex Darocy 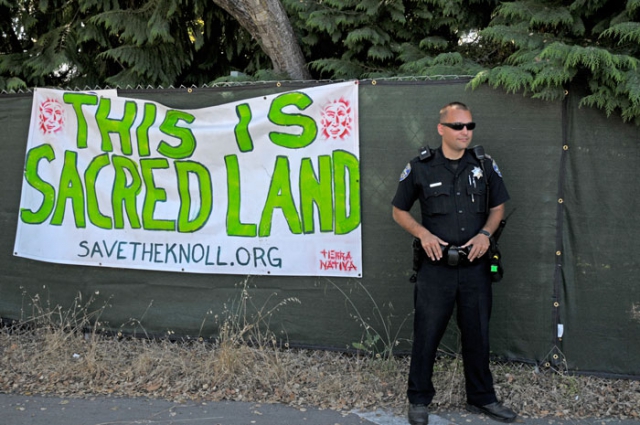 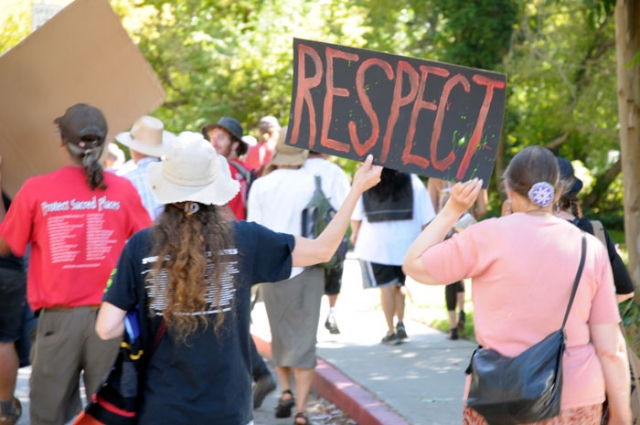 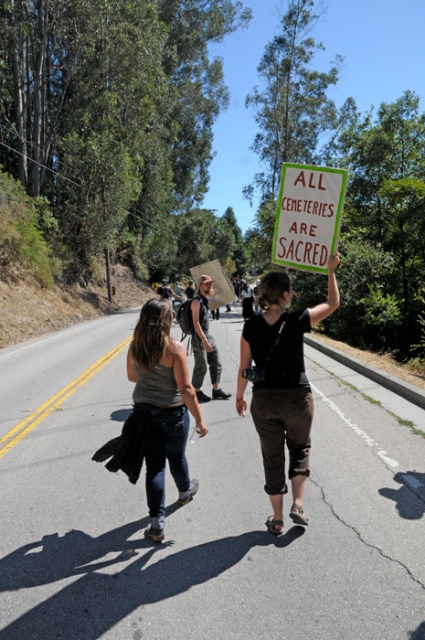 original image (465x700)
Add Your Comments
Latest Comments
Listed below are the latest comments about this post.
These comments are submitted anonymously by website visitors.
TITLE
AUTHOR
DATE
RE: Interesting
Alex Darocy
Interesting
Wayne Jensen
Support Independent Media
We are 100% volunteer and depend on your participation to sustain our efforts!