§Use this image in and around BART stations to let people know about the protest.
by anon Saturday Aug 13th, 2011 11:15 PM 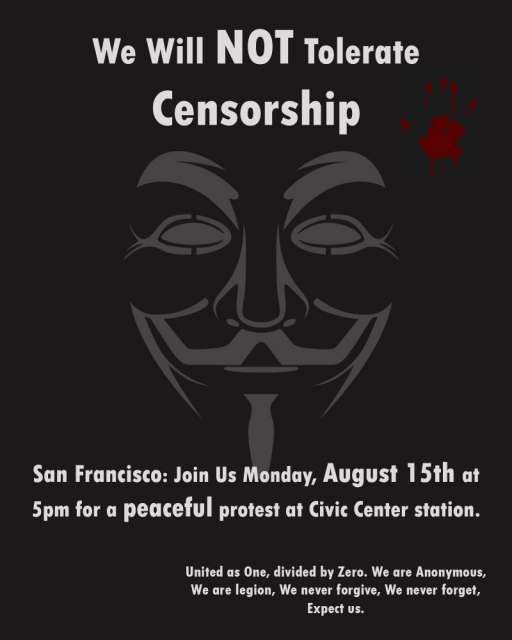 Watch out for these guys - they may try and make it violent, or start illegal acts. Keep it classy, pls. We don't want Anons getting butchered. Stay SAFE! Stay Peaceful. PLS PLS PLS. ♥

SF Civic Center, 10th and Market - 5pm Pacific time!
http://www.facebook.com/pages/opBART/24278...
Add Your Comments
LATEST COMMENTS ABOUT THIS ARTICLE
Listed below are the latest comments about this post.
These comments are submitted anonymously by website visitors.