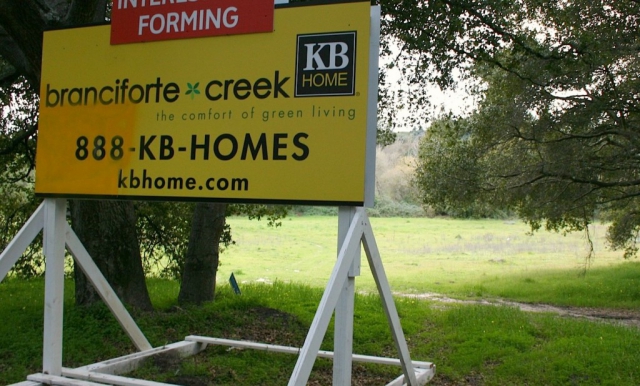 original image (1024x618)
On Sunday, August 14, at 2pm, a coalition of community members and native families will gather at Grant Street Park to express their outrage at the disturbance of an Ohlone burial site unearthed by construction crews while building the new KB homes development at Market and Isbel in Santa Cruz.

On August 2, construction crews hired by KB Homes unearthed the skeletal remains of a young Native American child. It is likely other burials will be found in the area if construction continues. Ann-Marie Sayers, a local Ohlone woman who has been designated the Most Likely Descendant (MLD), says her “mother believed, and I believe, that when a burial is disturbed, the spirit of that individual is left wander- ing.” Sayers is requesting that the child’s remains be ceremonially returned to the burial site and that KB Homes ceases construction of seven homes within the known culturally sensitive area.

The site was open space owned by the city of Santa Cruz until purchased by KB Homes for the construc- tion new homes marketed as “Branciforte Creek--The Comfort of Green Living.”The city and KB homes were both aware that it is the site of an Ohlone village that dates back 6,000 years. In 2007, City Planning Commissioner Judy Warner described the site as “the oldest and most significant cultural area in the city.”

The recommendation of the Most Likely Descendant isn’t enough to stop the development. In the time since the burial was first discovered, a diverse group of native people, activists, artists, neighbors, and com- munity members have come together to demand that KB homes and the City of Santa Cruz respect the Ohlone burial and village site at Branciforte Creek and permanently halt construction in that area.

After a 104-day occupation at Glen Cove in Vallejo that successfully protected a sacred site, people from across California are more aware of sacred sites and the struggles to protect them.

Additional information, pictures of the site, and announcements are available at http://www.savetheknoll.org.

http://www.savetheknoll.org
Add Your Comments
Support Independent Media
We are 100% volunteer and depend on your participation to sustain our efforts!