by Raging Grannies Action League
Medicare's 46th birthday is July 30th. Members of the Raging Grannies and community members celebrated and at the same time expressed deep concern about threatened cuts. KTSF-TV aired a lengthy segment of the protest. Videos by R. Stevens for indybay 0:19 and 0:21 in length. Photos by Elano Tool and R. Stevens. 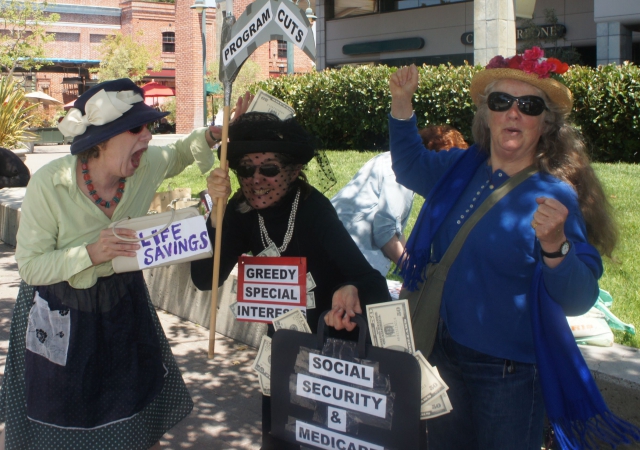 original image (2379x1675)
On the 46th anniversary of the creation of Medicare, demonstrators gathered in front of a lunchtime crowd in busy downtown Menlo Park, CA to sing happy birthday to Medicare and perform a skit "Don't Touch My Medicare!"

The Raging Grannies said of the current deficit debate:

"This is about the Republicans taking advantage of a crisis that they helped create, in order to essentially destroy the country's social support system. But make no mistake, BOTH major political parties are to blame for threatening the health and welfare of the American people with proposed cuts. People with disabilities and seniors depend on Medicare for long-term services and supports, and in times of economic downturn Social Security is more important than ever. We have to fight back against this bipartisan attack on our safety net."

The Grannies carried signs and sang songs including "Don't Throw Grandma Under the Bus." Healthcare Now! (group organizing for a national single-payer healthcare system) provided signs including one that inspired a Granny chant--Medicare is the solution, NOT the problem. 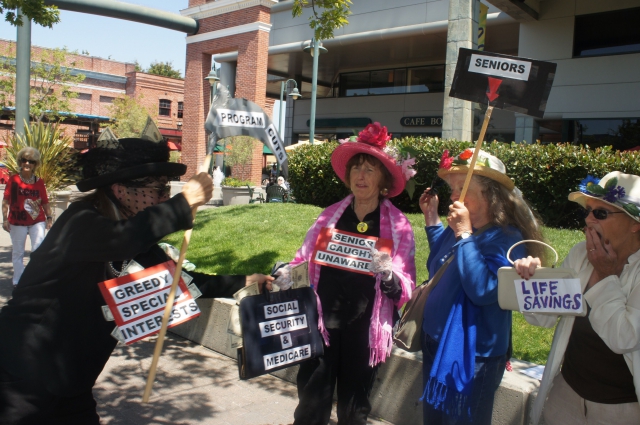 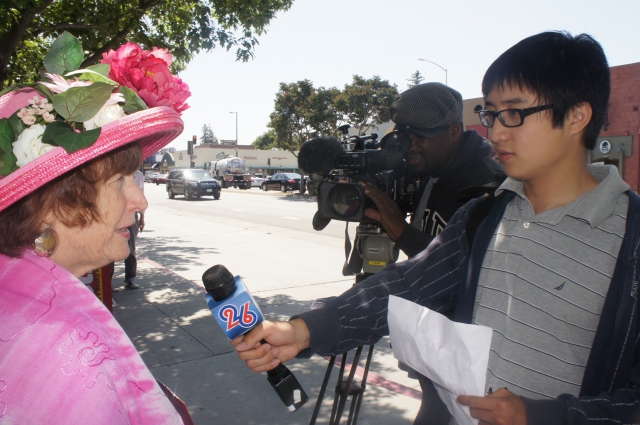 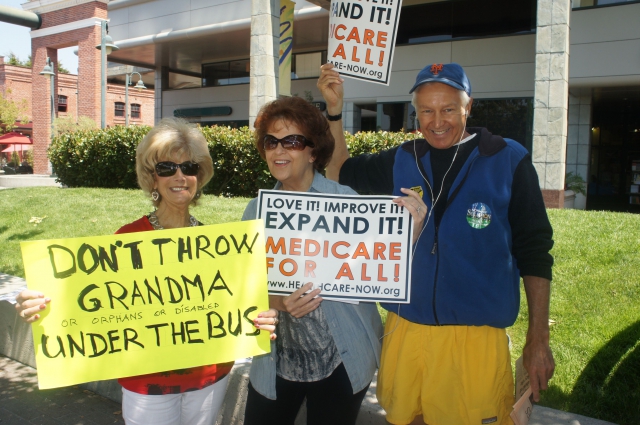 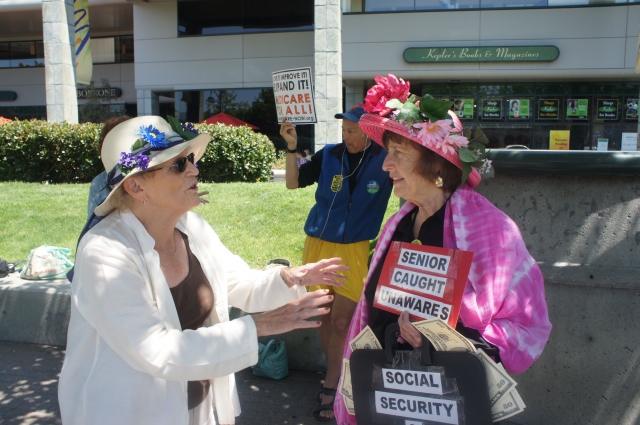 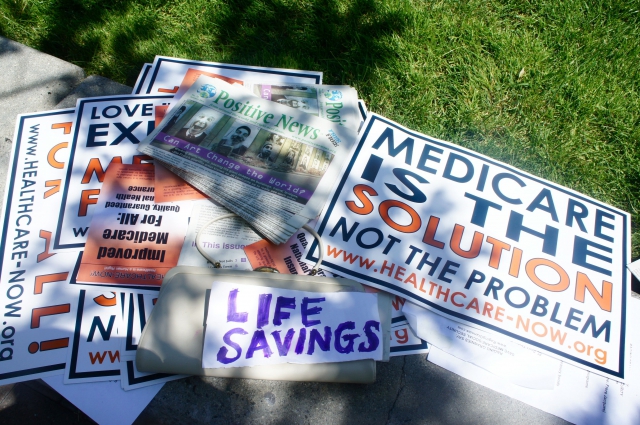 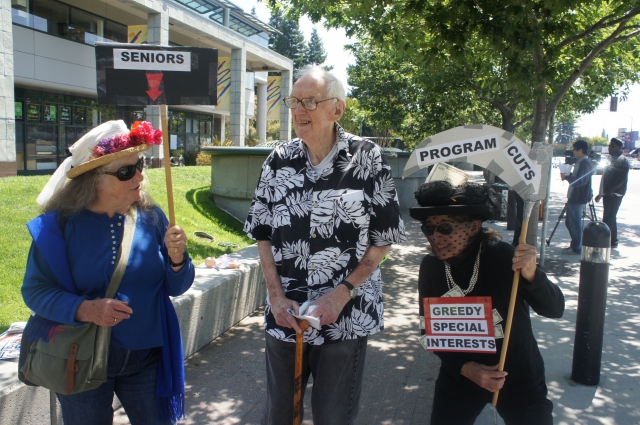 original image (3344x2224)
END_OF_DOCUMENT_TOKEN_TO_BE_REPLACED
Add Your Comments
Support Independent Media
We are 100% volunteer and depend on your participation to sustain our efforts!