Last Sunday night, BART Police attacked and essentially executed a man so drunk he could barely stand! 2 BART Police officers responded to a call of a homeless man with an open container of alcohol described as stumbling and wobbling around civic center platform. Within 60 seconds of getting out of the train and onto the platform, these cops managed to shoot the man 3 times in the chest and kill him.

The BART police chief is... claiming he is 'comfortable' with this behavior. There is video that they are refusing to release. There are witnesses that contradict the police story (the lies they are using to try to cover this up). History does repeat itself, until we get angry enough to do something about it.

Join us to THIS MONDAY. ON THE CIVIC CENTER PLATFORM (yes, in the BART!). We will participate in a collective act of civil disobedience to demand:

1. The BART Board of Directors must shut down the corrupt, inept, disgraceful, and murderous BART police department, PERMANENTLY AND TOTALLY.

2. Both officers must be fired, and we demand an independent, PUBLIC investigation of this killing, and all applicable charges filed and prosecuted against the killers. 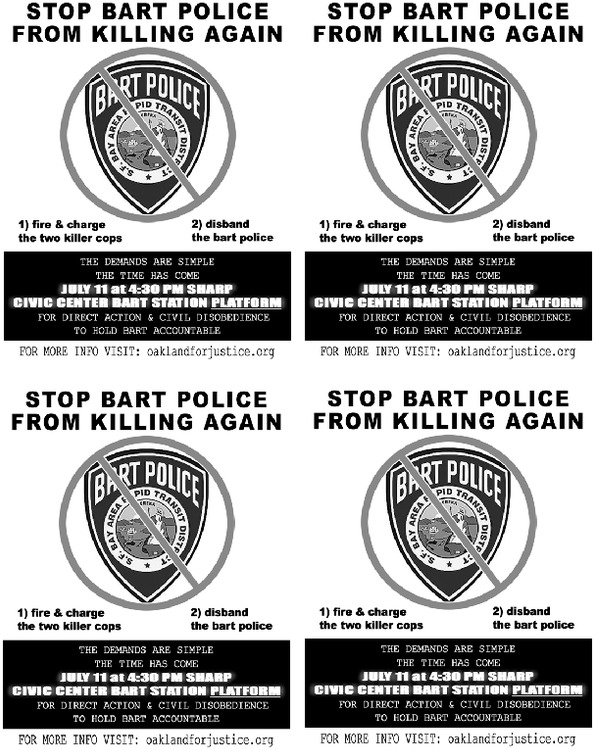 Download PDF (201.0KB)
We learned a lot doing BART actions around Oscar Grant, especially the April 2010 action at Embarcadero and the basic idea is to hit the ground running, pick up where we left off, and bring stronger pressure to bear through better and bigger actions. The goal is still to get rid of the BART police department, to disband it entirely. Click to download this flier and share it everywhere. Get the word out and get ready! 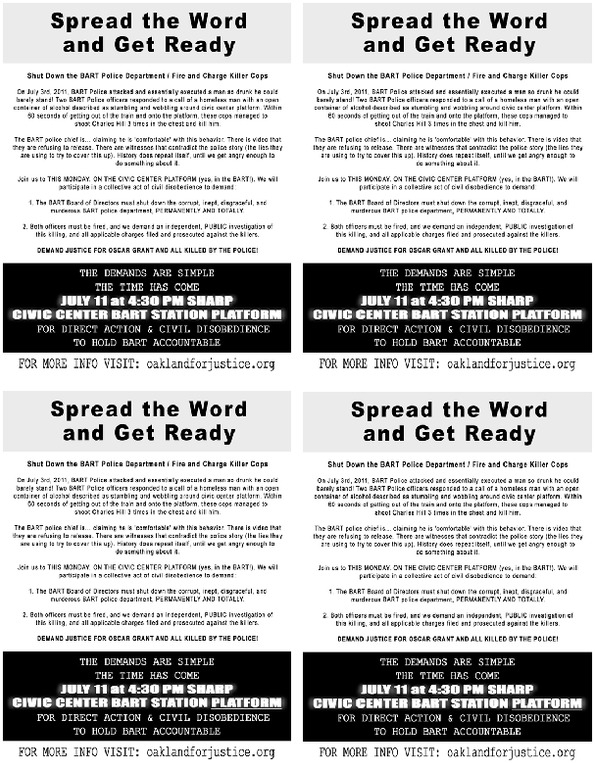 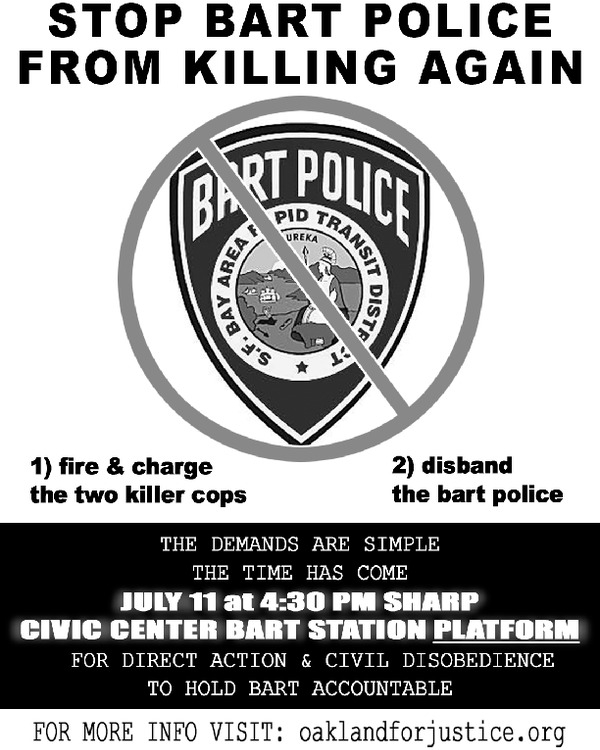 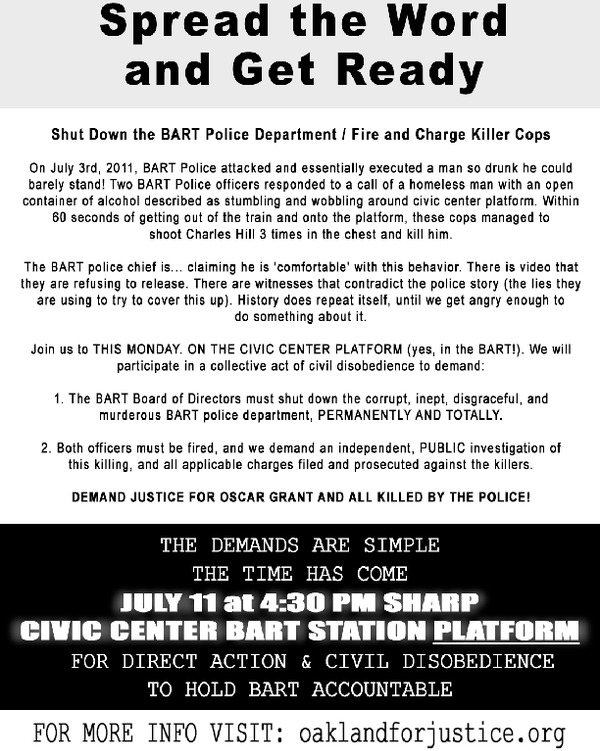 Download PDF (115.2KB)
PDF back
END_OF_DOCUMENT_TOKEN_TO_BE_REPLACED
Add Your Comments
Latest Comments
Listed below are the latest comments about this post.
These comments are submitted anonymously by website visitors.
TITLE
AUTHOR
DATE
I'd rather block traffic and shut the city down than stand around in the subway
This deserves a fucking march
Besides the action above...
freedom fighter
justicia
ofpaam
Support Independent Media
We are 100% volunteer and depend on your participation to sustain our efforts!