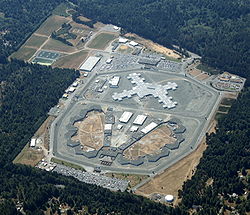 On the first day, 43 food trays were refused (out of 52) in Pod D1 of Pelican Bay SHU. The nine prisoners who have not refused to eat are much older and already have serious health concerns. The prisoners also said that other units had similar numbers of nearly 100% participation.

On the second day of the hunger strike, the action spreads throughout Pelican Bay SHU into General Population (GP).

The strike has also spread to Corcoran and Folsom State Prisons, where more than 100 prisoners have joined the hunger strike in solidarity with the demands at Pelican Bay.

After releasing the “4th of July Menu” to persuade prisoners from striking, the CDCR has told the LA Times that less than 24 prisoners are on strike, which is simply untrue.

One prisoner informed us: “In Tehachapi SHU in 2007 me and six other guys did a hunger strike. Staff flipped out. When we went to the yard they placed lunches in our cells and photographed it. They rigged scales between weigh-ins. And they used my medical, chronic-care issues to say that not eating was akin to “suicidal behavior” and placed me on suicide watch.” [Suicide watch involves isolation and deprivation--and can be used as a method of punishment.]

These tactics demonstrate the CDCR is scared that this hunger strike is powerful and growing, and is not taking the prisoners demands seriously.

Please, take a few minutes to call the CDCR and the warden and urge them to honor the prisoners’ demands!
http://prisonerhungerstrikesolidarity.word...
Add Your Comments

Add a Comment
§Also call your own State Assemblyperson & State Senator
by Phone Brigade
Tuesday Jul 5th, 2011 8:26 AM
Please also call your own State Assemblyperson and State Senator. See
http://www.leginfo.ca.gov/yourleg.html
http://www.assembly.ca.gov/acs/acsframeset7text.htm
and
http://192.234.213.69/smapsearch/framepage.asp
http://senate.ca.gov/senators
Add a Comment
§Talking Points
by Call NOW
Tuesday Jul 5th, 2011 9:15 AM
1. I am a California taxpayer, voter, native Californian, etc.
2. I call in support of the Pelican Bay hunger strikers and all other prison hunger strikers.
3. I demand the immediate closure of Pelican Bay Prison, a torture concentration camp.
4. I demand that all prisoners in the California prison system be relocated to the county from which they came so they can be close to family and friends for real rehabilitation.
5. I demand that all prisoners receive needed medical care and education for decent paying jobs so that they are out of prison within 5 years or less.
6. I demand the end of all imprisonment over 5 years as that is a waste of our tax dollars and torture.
7. I demand the abolition of the death penalty.
8. I demand that the elected representative _____________ either cooperate with all of the above or resign immediately.
Add a Comment
Support Independent Media
We are 100% volunteer and depend on your participation to sustain our efforts!