by Phil Horne, Esq. (justiceforseanatoaklandfire [at] gmail.com)
Paramedic Sean Gillis, an instructor and supervisor at the Oakland Fire Department, filed suit on Friday, June 17th, 2011 against OFD. In his complaint, Gillis alleges OFD mistreated Oscar Grant in its response to Grant 9-1-1 calls on January 1st, 2009, destroyed evidence related to the mistreatment, ordered Gillis to stop his investigation of the call response, and is currently retaliating against Gillis for exposing same. 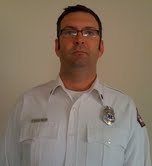 OAKLAND. Paramedic Sheehan Gillis, an instructor and supervisor at the Oakland Fire Department (OFD), filed suit on Friday, June 17th, 2011 against OFD. Alameda County Superior Court No. RG-11-581209. In his complaint, Gillis alleges OFD mistreated Oscar Grant in its response to Grant 9-1-1 calls on January 1st, 2009 and destroyed all evidence related to the mistreatment, ordered Gillis to stop his investigation of the call response, refused to comply with an order for a call review by former OFD Medical Director Dr. Michael Howard, MD, forced Howard to quit by withholding his paychecks, and is currently retaliating against Gillis.

OSCAR GRANT. On January 1st, 2009, OFD responded to the BART police shooting of Oscar Grant—an unarmed BART passenger. The shooting became a focus of community direct action during 2009 and 2010 and just recently when the shooter was released after serving a brief prison sentence.

OVERLOOKED. Overlooked until now is OFD’s role in Grant’s death. According to Gillis, OFD mistreated Grant, and that mistreatment is so egregious that it should be criminally investigated.

WOUND UNTREATED. Grant had been shot at pointblank range. The bullet made both entry and exit chest wounds. OFD Emergency Medical Services Division (EMS) first responding paramedics applied an air-tight treatment only to the entry wound—leaving the exit chest wound open to air. According to Gillis’ complaint, this misconduct is a ‘death sentence.’ Grant died from his wounds 5 ½ hours later.

SCUTTLED INVESTIGATION. On January 6th, 2009, Gillis launched an investigation and requested the coroner’s report to assess whether paramedic misconduct contributed to Grant’s death. On January 10th, 2009, OFD issued a written order to Gillis to stop the investigation and to refrain from reporting his findings to anyone—even the Grant family or law enforcement. The written order is attached to Gillis’ complaint.

EVIDENCE DESTROYED. About this time, according to Gillis, OFD destroyed all paper records related to the Grant response and the computer archive of Grant’s Patient Care Report.

DR. MICHAELS. OFD’s Medical Director, Dr. Howard Michaels, MD, ordered a call review. Even though, at the time, Michaels was the highest medical authority at OFD, the EMS Division ignored his order. Gillis alleges OFD retaliated against Dr. Michaels by interfering with his paychecks until Dr. Michaels finally left in September 2010. Dr. Michaels left OFD owed over six (6) months’ pay. When he finally left, Dr. Michaels turned to Gillis and warned, “You’re next.”

RETALIATION AGAINST GILLIS. Dr. Michaels was right. According to Gillis, OFD launched a retaliatory campaign of harassment and retaliation that included moving Gillis’ office from Jack London Square to a small trailer in the middle of a parking lot in a remote area of Oakland, eliminating his lunch break, taking his mailbox and city car access, weekly bullying sessions and monthly performance reviews, and demoting and suspending Gillis.

PUBLIC RECORDS ACTION. Gillis made a Public Records Act request for the Grant file and staff meeting audio tapes with racist and inappropriate statements about Oscar Grant. According to Gillis, OFD refuses to confirm or deny the destruction of the Grant file and, at first, falsely denied the existence of the recordings. Gillis filed suit under the Public Records Act in Alameda County Superior Court (No. RG-11-576250). Said suit is available for download by clinking the PUBLIC RECORDS ACT LINK on justiceforseanatoaklandfire [at] googlegroups.com .

SYSTEM-WIDE RACISM. Gillis alleges the mistreatment of Grant is an example of system-wide discrimination against people of color.

HISTORY. In the year 2000, in a television special on OFD, entitled “Test of Courage,” the discriminatory practices (against black people and women) of Oakland Fire were investigated by PBS. PBS showed that OFD historically tolerated discrimination, believing employment practices favoring males from “certain families” was based in sound science. OFD’s historical perspective was described as:

"Many firefighters [] come from families with several generations of white men in the fire service. Recruitment, training, and leadership have helped to honor and preserve lineages that [allegedly] favor bigger, stronger fire fighters."


Though the statement is not attributed to any particular personnel, Mark Hoffman worked closely with the reporter and is believed to be the source of that information. OFD promoted Hoffman after the special aired and Hoffman is Chief (interim) today.

MERRITT COLLEGE. Gillis alleges that, instead of implementing programs that help “at risk youth,” OFD is dismantling such programs. OFD forced Gillis to quit his directorship of historically-black Merritt College’s EMT program, in part, to accommodate the competing program of National College of Technical Instruction (NCTI)—a for-profit college based in Colorado with a historically white student body. OFD now provides NCTI the access to OFD facilities and classrooms Merritt College formerly enjoyed. This means that NCTI students will be the only Bay Area students with “real world” OFD experience on their resume and be much more likely to receive OFD jobs and promotions, once hired, and, in this way, OFD will perpetuate historical discrimination against black job applicants and employees.

DIRECT ACTION. Gillis invites the public and his co-workers at OFD and throughout the City to become involved in the effort to bring accountability to OFD for misconduct against Grant AND to use his action to highlight racism, sexism, privatization, and corruption throughout the City of Oakland. “Now is the time for change,” says Gillis. 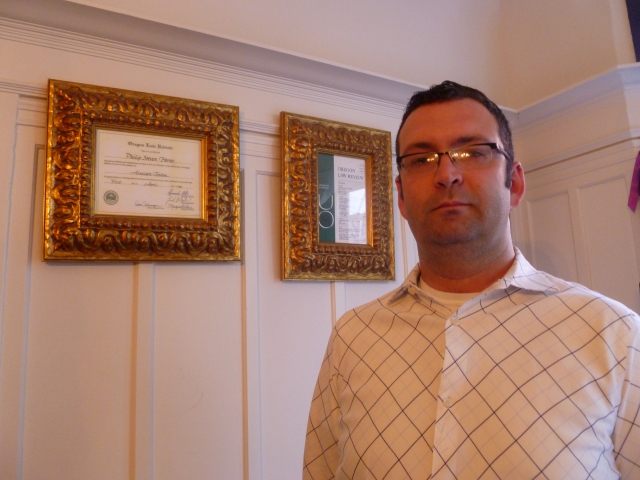 original image (4320x3240)
he Oscar Grant Murder Cover-up, Privatization &
The Case Of OFD EMT Paramedic Trainer Sean Gillis
Sean Gillis, an Oakland Fire Department EMT paramedic trainer and Vice President of
IFPTE Local 21 Unit M called for an investigation of the treatment of Oscar Grant
who was murdered at the Fruitville BART station. As a result he has been targeted
for firing and harassment. Gillis talks about the conditions in the department and
the efforts to silence him after he called for an investigation. He also discusses the
atmosphere of racism and the privatization scheme being pushed by the management
of the department to outsource from Merritt Community College the training of
paramedics from the community to a private company AMR. Also interviewed was
labor and civil rights attorney Phil Horne who is representing Sean Gillis.
This interview was conducted on June 12, 2011.
For more information on the case go to
http://groups.google.com/group/justiceforseanatoaklandfire?lnk=
Production of Labor Video Project http://www.laborvideo.org laborvideo.blip.tv
END_OF_DOCUMENT_TOKEN_TO_BE_REPLACED
Add Your Comments
Latest Comments
Listed below are the latest comments about this post.
These comments are submitted anonymously by website visitors.
TITLE
AUTHOR
DATE
More on Y
Phil Horne, Esq.
Gillis Response on Measure Y
Phil Horne, Esq.
RESPONSE TO MKA
Phil Horne, Esq.
Paramedic Whistleblower Alleges Oscar Grant Cover Up; Evidence of System-Wide Racism
Moises Montoya
Hear You Pt 2
MKA
Sean Gillis: I HEAR YOU...
Maggie Kaigler Armstead
false or not, it's crappy
not crazy about firemen
Gillis is wrong about the Measure Y programs
Oakie
Of course this story is censored in the corporate mainstream press
thanks indybay
video record
freedom
Support Independent Media
We are 100% volunteer and depend on your participation to sustain our efforts!