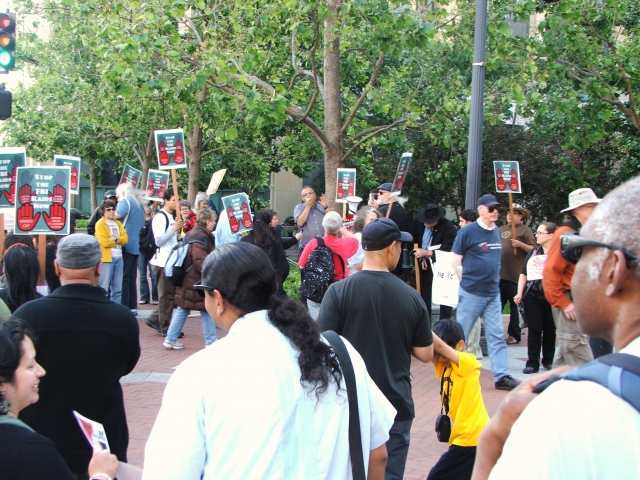 OAKLAND, CA – Activists picketed against what they called a “bogus witch hunt of intimidation and harassment” by the FBI, at the Federal Building , 1301 Clay Street, Oakland, on Thursday, June 16, 2011.

Protesters claimed the FBI began targeting social justice, international solidarity, and anti-war activists in September 2010, by raiding the homes of seven Chicago and Minneapolis activists and the offices of the Minneapolis-St. Paul Anti-War Committee. The FBI issued subpoenas to a total of 14 activists to appear before a Grand Jury. The FBI confiscated phones, computers, notebooks, diaries, and even children's artwork.

Carlos Montes, a longstanding activist in in Los Angeles' Chicano and immigrant rights movement, who is now facing charges as a result of an FBI investigation, had his first court date on Thursday.

“The FBI and the Department of Justice have now brought this attack home to California with the arrest of Carlos, and we will not tolerate being bullied into silence by the Federal Government. We will protest and continue to speak out for our rights to organize,” said Corina Pedraza, and Oakland resident and member of the Committee to Stop FBI Repression.

The Oakland protest coincided with similar actions in at least 14 cities across the country.

“The FBI is terrorizing community members and their families. Among others, this is an attack on the Arab and Muslim community. We are here to say we won't be used as scapegoats to crush civil rights movements for justice,” said Monadel Hesallah, of the U. S. Palestinian Community Network, one of 25 Bay Area to support the picket. 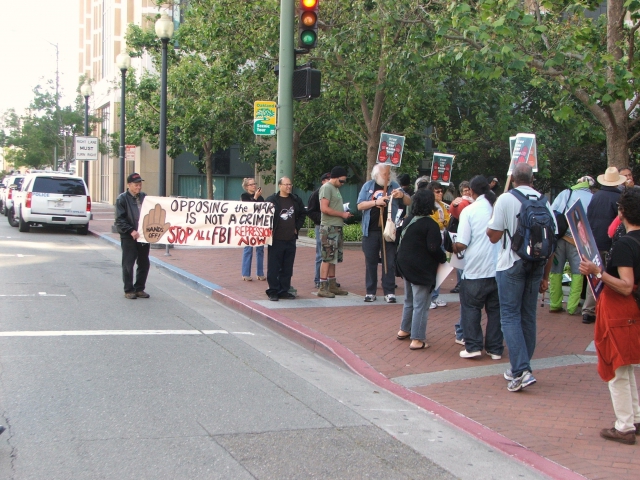 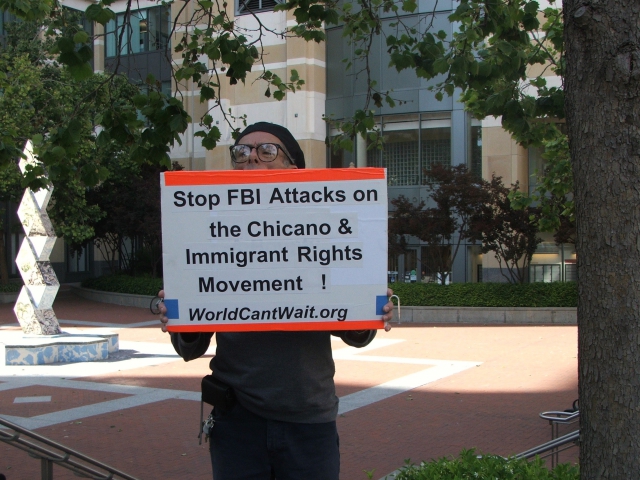 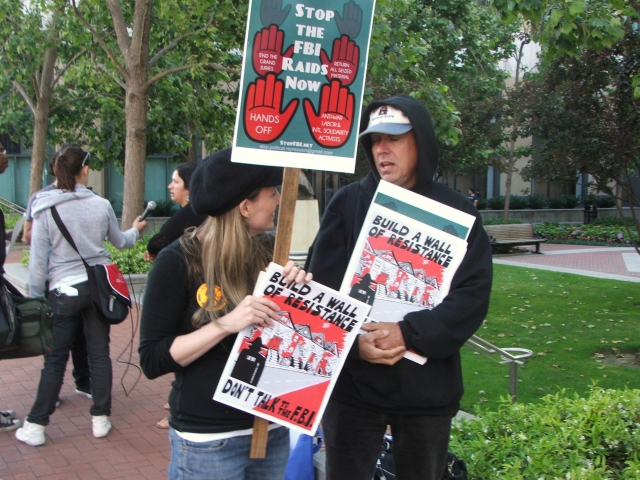 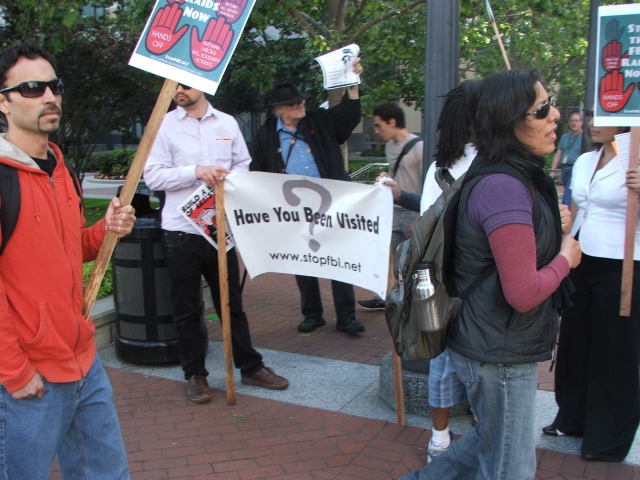 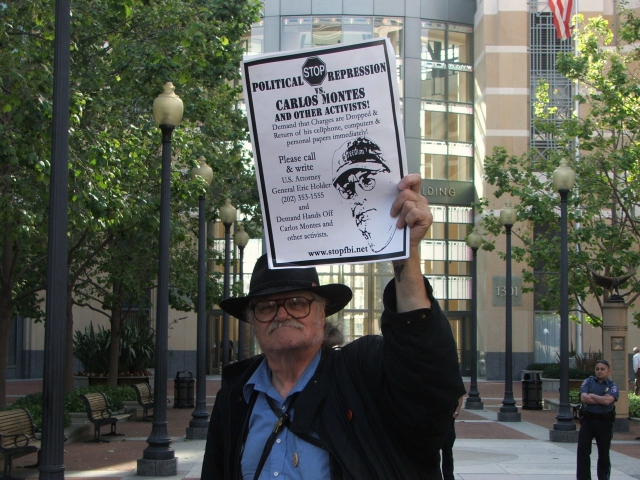