Add an Event
Newswire
Calendar
Features
Home
Donate
From the Open-Publishing Calendar
From the Open-Publishing Newswire
Indybay Feature
Publish to Newswire
Add an Event
Related Categories: California | Health, Housing & Public Services
PG&E Caught on Tape Threatening Disconnection of Service for “Smart”Meter Refusal
by J Hart
Tuesday Jun 14th, 2011 6:54 PM
While PG&E makes public statements like “we are working with communities and engaging in a conversation about how our customers can benefit from SmartMeter technology” the reality is that they are threatening the public with disconnection of electrical service, and ignoring pleas from electrosensitive people who are suffering so badly that in many cases they are being forced to leave their own homes. 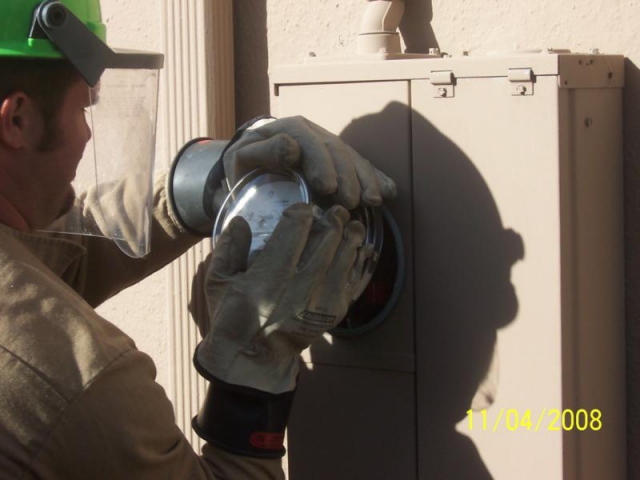 original image (800x600)
This audio was provided to us by Charles Pine, a resident of Oakland who refused to allow Wellington Energy to install a ‘Smart’Meter on his duplex. It was recorded several days ago when a PG&E employee came and attempted to install a new wireless meter without so much as knocking on the door. This was the second attempt at installation, after Charles had already refused a Wellington installer several months before.

Several weeks ago, the utility made soothing statements that made it seem like it would respect residents who did not want a wireless meter on their home. The reality on the ground- as this incident demonstrates- is very different. PG&E continues to lie, to cheat, and to endanger our lives and our health.

How much more will you stand, California?
http://stopsmartmeters.org/2011/06/14/pge-...
Add Your Comments
LATEST COMMENTS ABOUT THIS ARTICLE
Listed below are the latest comments about this post.
These comments are submitted anonymously by website visitors.