The National Lawyers Guild (NLG) is filing a major class action lawsuit against the Oakland Police Department (OPD) on Monday, June 13th, in the United States District Court. The lawsuit asserts constitutional violations stemming from the November 5, 2010, mass arrest of 150 peaceful protesters following the sentencing of Johannes Mehserle, the BART police officer who killed Oscar Grant. The lawsuit seeks injunctive relief as well as monetary damages for those 150 people who were unlawfully corralled by police and incarcerated in overcrowded holding cells for up to 28 hours.

At each Justice for Oscar Grant demonstration, the OPD has violated its own crowd control policy. This policy was obtained as part of a 2005 settlement in an earlier case of police misconduct filed by the NLG and the American Civil LIberties Union. The NLG seeks to hold the police accountable, and to obtain compliance with the crowd control policy to protect constitutional rights and freedom of speech in Oakland.

Check out this report from Univision (en Español). 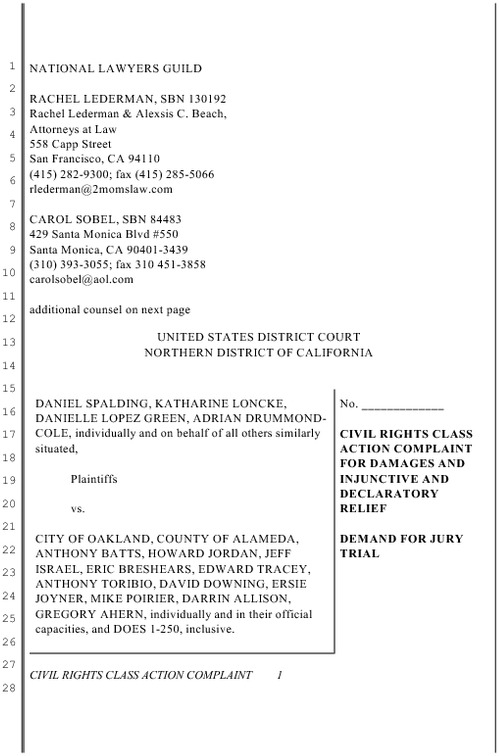