by Glen Cove Solidarity Working Group
From 8:00-9:30 this morning, over 50 people gathered outside the offices of the Bay Trail Project in downtown Oakland, to demand that they withdraw all financial and political support for the planned development on the Glen Cove Sacred Burial Ground in Vallejo. Spirits were high despite the rain - demonstrators were determined to get the message across to Bay Trail. 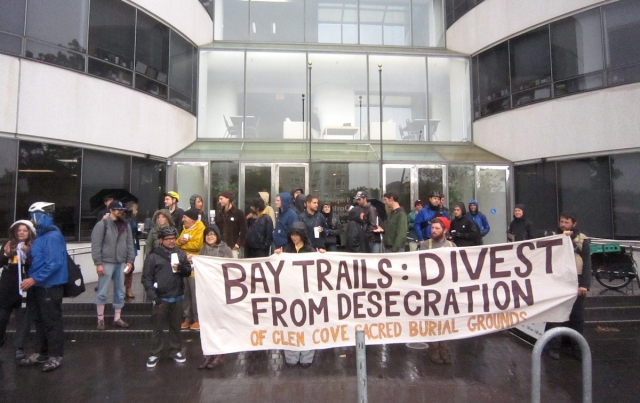 "We have one simple demand," said Tim Simons, a member of the Glen Cove Solidarity Working Group, "Bay Trail must immediately divest all $200,000 from GVRD's planned desecration of the sacred burial site at Glen Cove or face further action. We are gathered here to make this demand and to show our support for the native people and their allies who continue to defend the Glen Cove site."

Banners reading "Bay Trail: Divest from Desecration of the Glen Cove Sacred Burial Grounds" and "Protect Glen Cove" were unfurled to many honks of support from passing cars. Over 500 flyers were distributed to curious passers by and people entering and exiting the office building. Free coffee and pastries were given out, as people arrived on bikes and walked over from the adjacent Lake Merritt BART station.

After an hour and a half of picketing, demonstrators entered the lobby of the office building en-masse to deliver a demand letter to Bay Trail. The letter states, "As Bay Area residents, cyclists, outdoor enthusiasts and regular users of the Bay Trail, we demand Bay Trail’s immediate public divestment from the proposed development of the Glen Cove site."

Four representatives of the Glen Cove Solidarity Working Group handed the letter to Bay Trail Project managers, at which point the managers asked for a meeting on the spot. The Solidarity group declined to sit down to a meeting, responding that everything they have to say at this time is included in the demand letter. They also strongly encouraged Bay Trail to meet with the Native American-led Protect Glen Cove Committee, which had previously requested a meeting with Bay Trail and been turned down.

Within 30 minutes, the executive director of the Association of Bay Area Governments (ABAG), which oversees the Bay Trail Project, had requested a meeting with the Protect Glen Cove Committee for the following day.

Glen Cove is a 3,500 year old Native American burial ground and ceremonial gathering place in Vallejo that continues to be spiritually important to local Native communities. Bay Trail, a local non-profit working to create a 500 mile trail encircling the entire bay, has contributed upwards of $200,000 to the park development project at Glen Cove, and is directing the installation of new trails, including a 16-foot wide paved trail through this culturally sensitive area. If Bay Trail reconsiders their involvement at Glen Cove, the overall development project will be seriously jeopardized.

For over a decade, local Ohlone, Miwok, and other Native people have been working to prevent the Greater Vallejo Recreation District from further desecrating the sacred area. Current development plans include bulldozing/re-grading large portions of the site and building bathrooms, a parking lot, and new paved trails.

For more information about the ongoing struggle to stop the desecration of Glen Cove from the people directly involved, visit: http://protectglencove.org/

The full text of the demand letter is posted below.

Take action: Contact Bay Trail and tell them what you think of their complicity in the desecration of Indigenous Sacred Sites:
Laura Thompson, Project Manager: 510/464-7935 or laurat@abag.ca.gov
Maureen Gaffney, Bay Trail Planner, contact for Solano County: 510/464-7909 or maureeng@abag.ca.gov

§Save the Shellmounds
by Glen Cove Solidarity Working Group 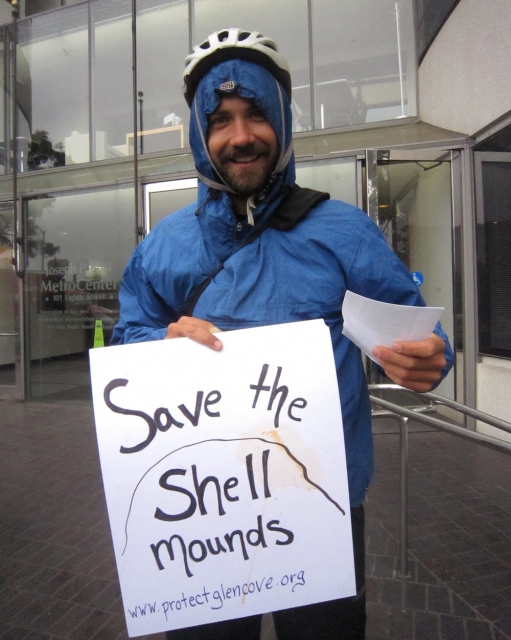 original image (1000x1251)
Save the Shellmounds info on the Indian People Organizing for Change website.
§No Desecration for Recreation!
by Glen Cove Solidarity Working Group 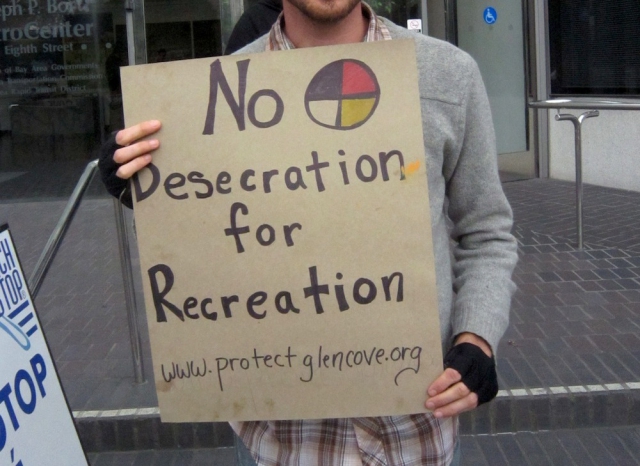 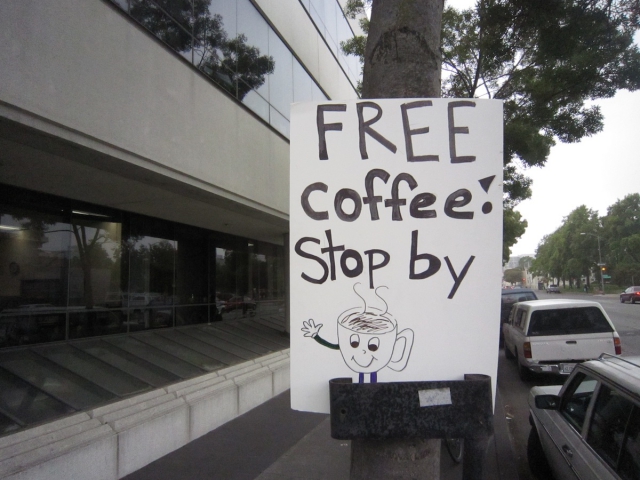 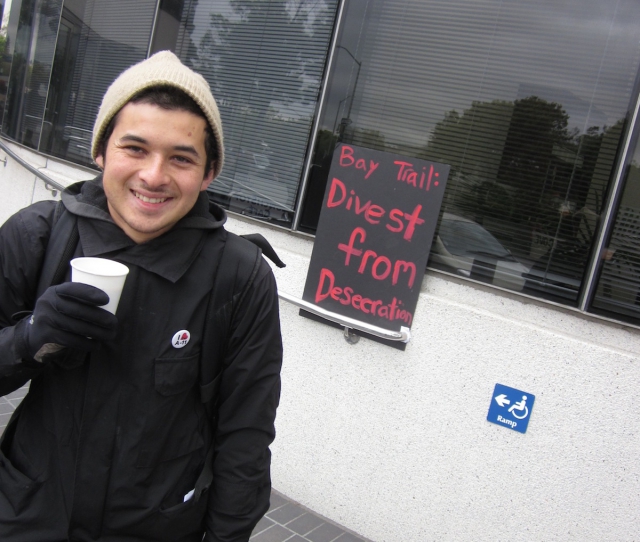 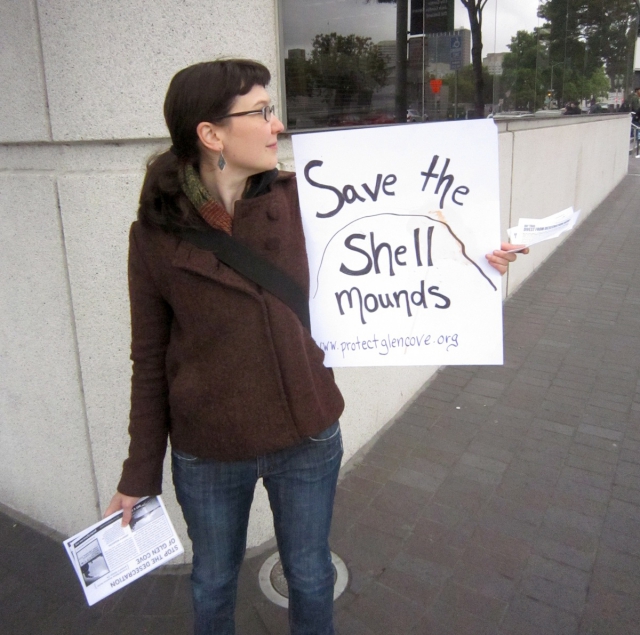 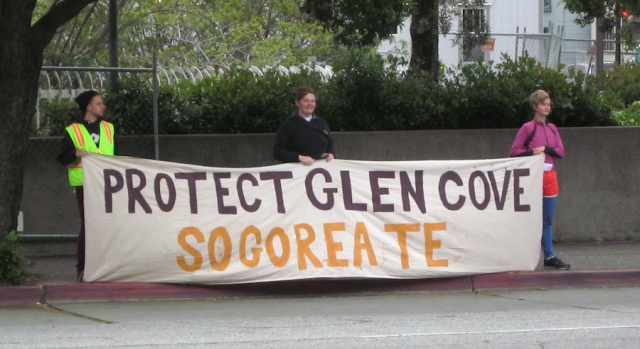 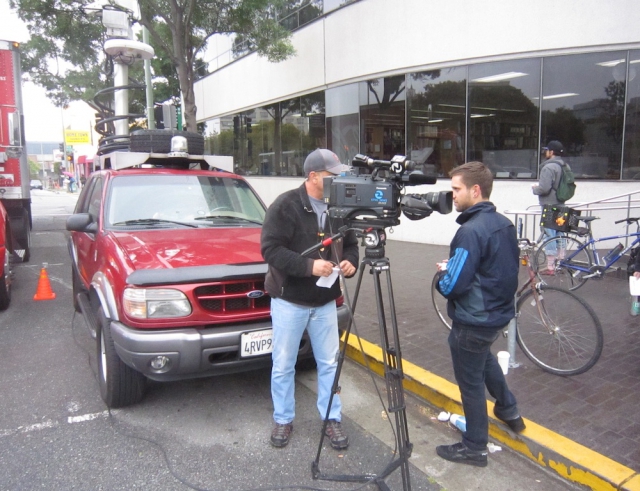 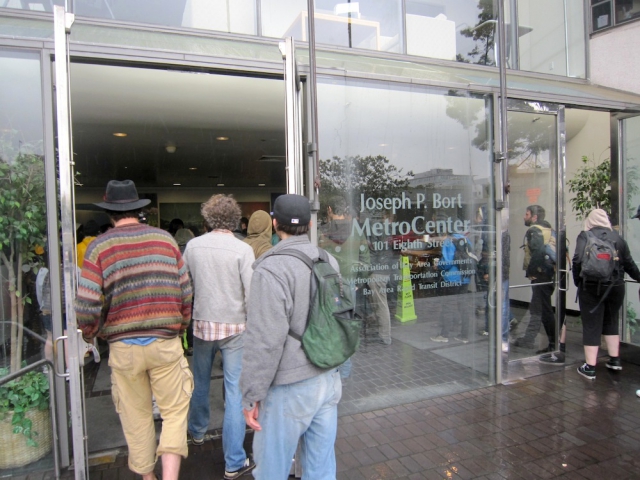 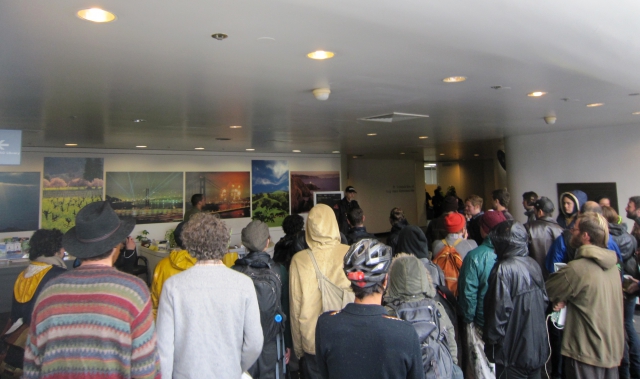 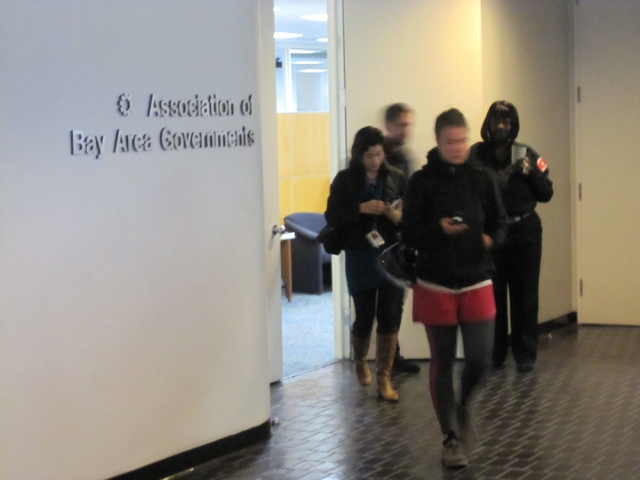 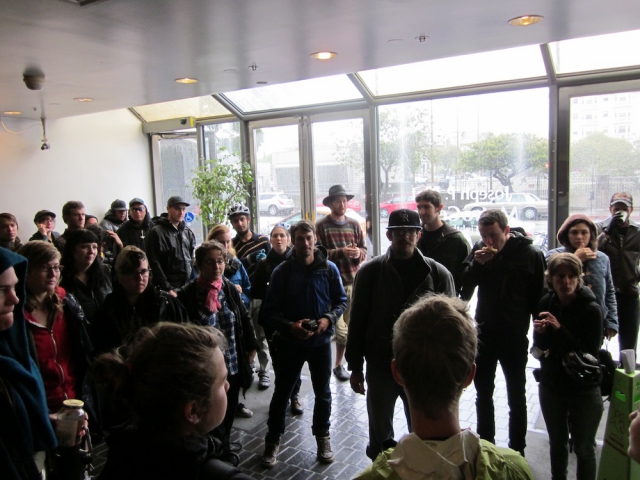 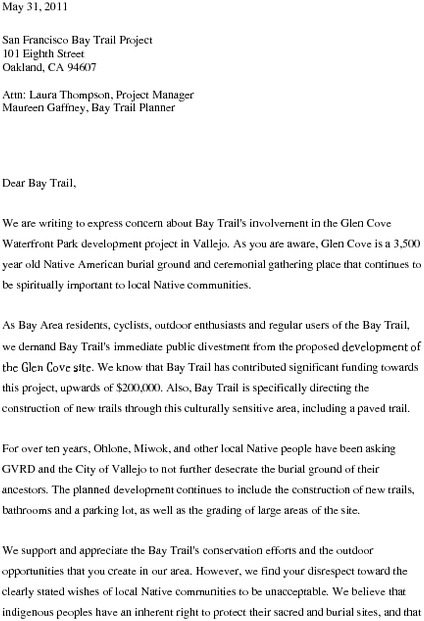 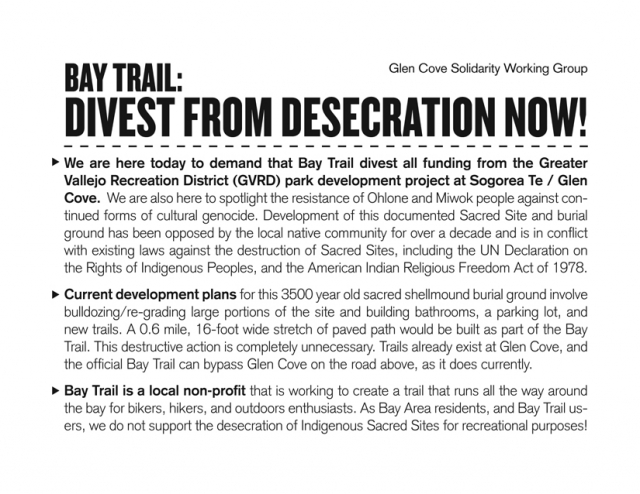 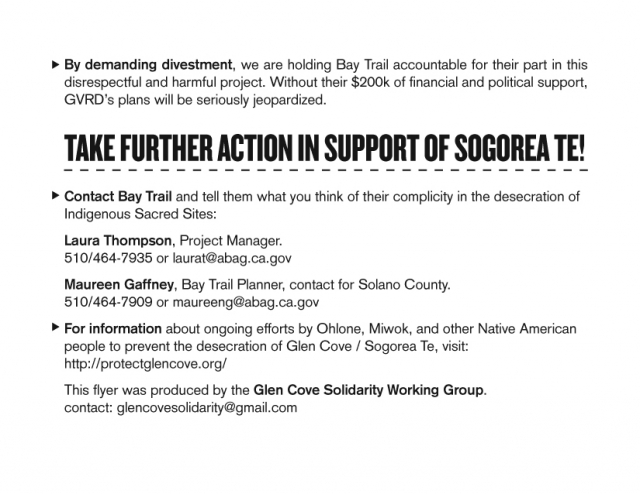 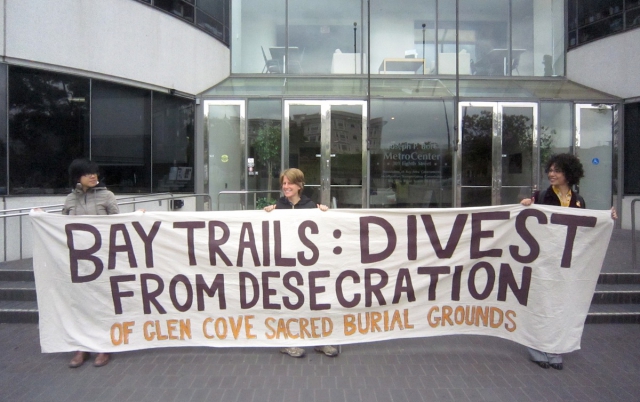 Take action now!
Contact Bay Trail and tell them what you think of their complicity in the desecration of Indigenous Sacred Sites:

For more information about the ongoing struggle to stop the desecration of Glen Cove from the people directly involved, visit:
http://protectglencove.org/ 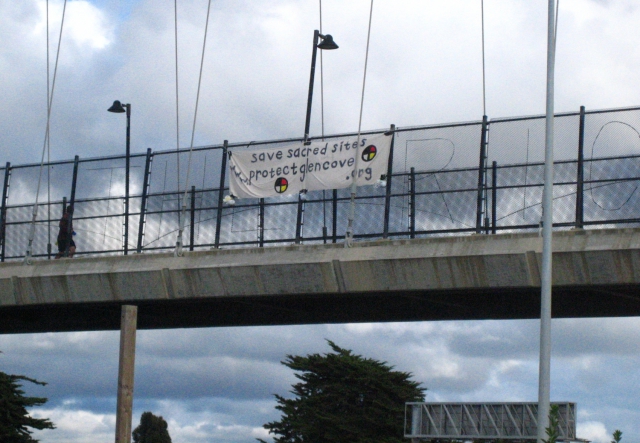 This banner has now been in place for over 24 hours, having been hung at 6pm on May 30, 2011.
§Undeterred by the rain
by Glen Cove Solidarity Working Group

original image (1200x549)
May 31, 2011
Add Your Comments
Latest Comments
Listed below are the latest comments about this post.
These comments are submitted anonymously by website visitors.
TITLE
AUTHOR
DATE
Great action
D. Boyer
fantastic
sadie
Great Job!
Dan Bacher
Support Independent Media
We are 100% volunteer and depend on your participation to sustain our efforts!