§Chevron Punked Contest; Some Downloads etc for 5/25 Shareholders Mtg Protest in San Ramon
by In Solidarity Sunday May 22nd, 2011 9:01 PM 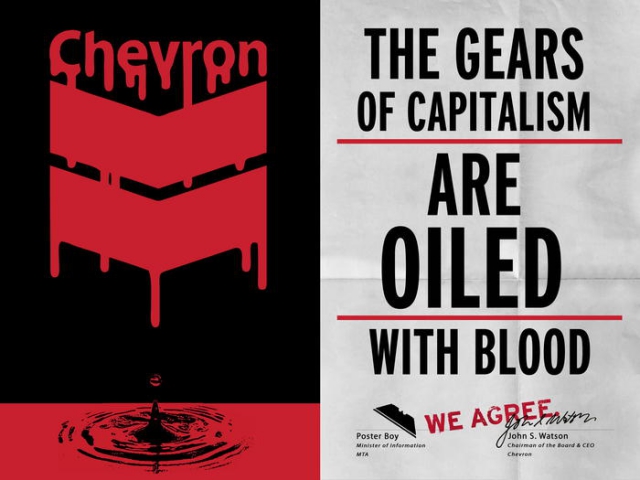 Chevron is responsible for one of the largest environmental disasters in history. Rather than take responsibility for its oil pollution in Ecuador's Amazon rainforest, however, the oil giant is waging unprecedented legal, public relations, and lobbying campaigns to avoid having to clean up environmental and public health catastrophes that continue today.

Between 1964 and 1990, Texaco (which Chevron acquired in 2001) drilled for oil in a remote northern region of Ecuador’s Amazon rainforest. Using obsolete technology and substandard environmental controls, the company deliberately dumped 18.5 billion gallons of highly toxic waste sludge into the streams and rivers that local people depend on for drinking, bathing, and fishing. The company dug over 900 open-air, unlined waste pits that continue to seep toxins into the ground. The sludge contains some of the most dangerous chemicals known — including benzene and polycyclic aromatic hydrocarbons (PAHs) — in lethal concentrations. Rupturing oil pipelines and gas flaring was also a regular occurrence.

What’s worse, the dumping was done intentionally to cut corners and save an estimated $3 per barrel.

THE NAKED OPTION reveals the inspiring story of an organized group of Nigerian women who use the threat of stripping naked in public, a serious cultural taboo, in their deadly struggle to hold the oil companies accountable to the communities in which they operate. The women, at the risk of being raped, beaten or killed, are trained and armed, but not with anything you can see. Through the leadership of the courageous, charismatic, and inexhaustible Emem J. Okon, these women are taking over where men have failed, peacefully transforming their ‘naked power’ into 21st century political action and mobilization. THE NAKED OPTION celebrates the perseverance and power of an organized group of women! A Q&A will follow the screening with film director Candace Schermerhorn, women’s rights activist Emem J. Okon, and Laura Livoti founder and director of Justice in Nigeria Now (JINN).

Chevron's World Headquarters
6001 Bollinger Canyon Road
San Ramon, CA
Join members of communities from around the world that have been impacted by Chevron's reckless business operations at this teach-in on the True Cost of Chevron. This event is being held just two days before Chevron's annual shareholder meeting, when the company will release its own annual report.

More info here >
On May 25, dozens of local, national, and international community leaders and advocates from and for communities harmed by Chevron's operations from Angola, Ecuador, Indonesia, Nigeria, Alaska, Texas, and more will attend the company's annual shareholder meeting in San Ramon, California while supporters rally outside to demand that Chevron agree to change its ways. This press conference will kick off that event.

At the conference, this year's True Cost of Chevron report will be released. Embargoed until May 24, the report includes accounts by more than 40 authors – led by those on the front lines of Chevron's operations – recording egregious corporate behavior in locations as diverse as California, Burma, Colombia, Ecuador, Kazakhstan, Nigeria, the Philippines and the U.S. Gulf Coast, including new sections detailing Chevron's pursuit of ever-riskier and ever-deeper offshore projects in the South China Sea, the North Sea, and the Canadian Arctic and its role in the Deepwater Horizon disaster. The report also profiles the historic victory and ongoingbattle over Chevron's crimes in Ecuador.

More info here >
Join us! Biodiesel Bus leaving from Justin Herman Plaza (Market & Embarcadero) in SF at 6:30 am! RSVP to Ginger, gcassady [at] ran.org to reserve your space, space is limited.

On May 25th, people will travel from around the world to descend on San Ramon, CA to confront Chevron at its annual shareholder meeting. They'll come from Angola, Alaska, Ecuador, Nigeria, Indonesia, Canada, Texas, California, and more. They will all have two things in common: they all come from communities that have suffered the dire impacts of Chevron's reckless pursuit of profits, and they're all fighting back.

Join us for a colorful and fun rally outside Chevron's headquarters in support of human rights, environmental, economic and climate justice, and more! 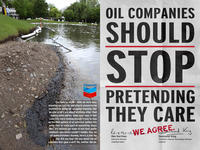 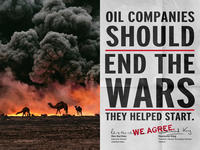 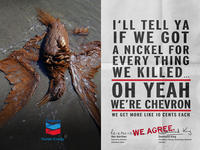 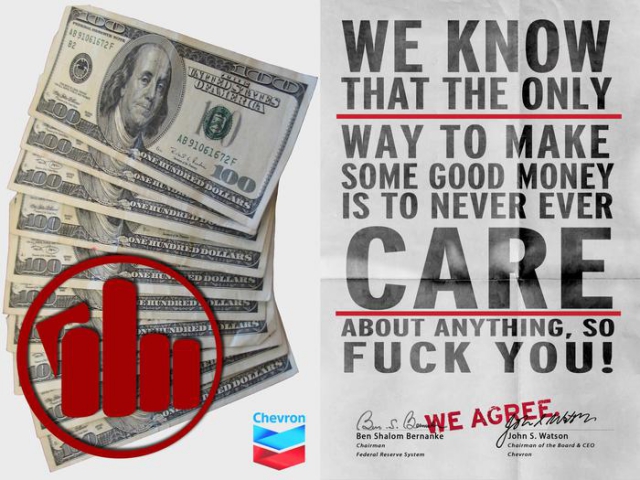 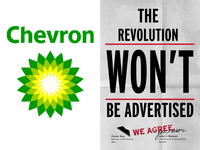 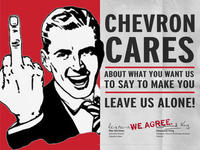 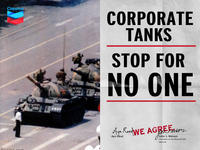