Add an Event
Newswire
Calendar
Features
Home
Donate
From the Open-Publishing Calendar
From the Open-Publishing Newswire
Indybay Feature
Publish to Newswire
Add an Event
Related Categories: East Bay | Anti-War
9/11 Was an Inside Job Graffiti at Obama's OFA NorCal Headquarters in Oakland, 5/10/11
by dave id
Wednesday May 11th, 2011 12:58 PM
This "9-11 WAS AN INSIDE JOB" stencil has popped up around the East Bay for some time now. On the evening of May 10th, 2011 it was seen on the plate glass window of Obama's Organizing for America (OFA) Northern California headquarters on Telegraph Avenue at 17th Street in Oakland. Perhaps this placement of the stencil is in response to Obama's announcement on May 1st that Osama Bin Laden had been killed by U.S. forces in Pakistan when many people believe the al-Qaeda leader died as long ago as December 2001. 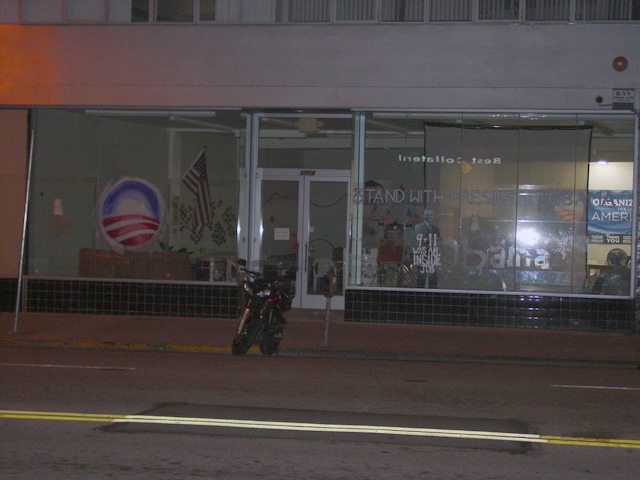 It is not known if the faded grey "Obama" and the surrounding splotches on the glass are part of another previous instance of graffiti not fully removed or if it is something OFA sloppily placed there.


From OFA NorCal's webpage: Organizing for America grew out of Obama for America, the grassroots movement that elected President Obama in 2008 by empowering communities across the country to bring about our agenda of change. Organizing for America (OFA) has been working to support the president's agenda and is ready to help re-elect him in 2012.
http://www.facebook.com/pages/Organizing-for-America-Oakland-Headquarters/207174462627167?sk=info

From the White House blog:  Good evening.  Tonight, I can report to the American people and to the world that the United States has conducted an operation that killed Osama bin Laden, the leader of al Qaeda, and a terrorist who’s responsible for the murder of thousands of innocent men, women, and children. It was nearly 10 years ago that a bright September day was darkened by the worst attack on the American people in our history.
http://www.whitehouse.gov/blog/2011/05/02/osama-bin-laden-dead

From one of many reports contradicting the story of Bin Laden's recent death: Significant facts from David Ray Griffin's important book titled, "Osama Bin Laden: Dead or Alive?" In it, he provided objective and testimonial evidence of his December 2001 death, likely from kidney failure, not a special forces hit squad getting their man then or now.
http://www.indybay.org/newsitems/2011/05/04/18678848.php 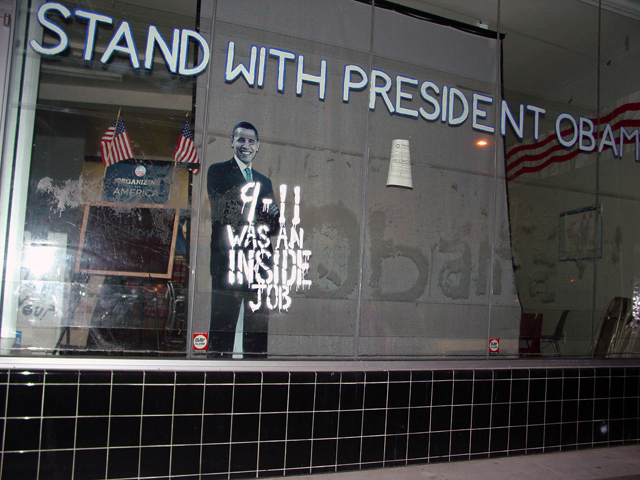 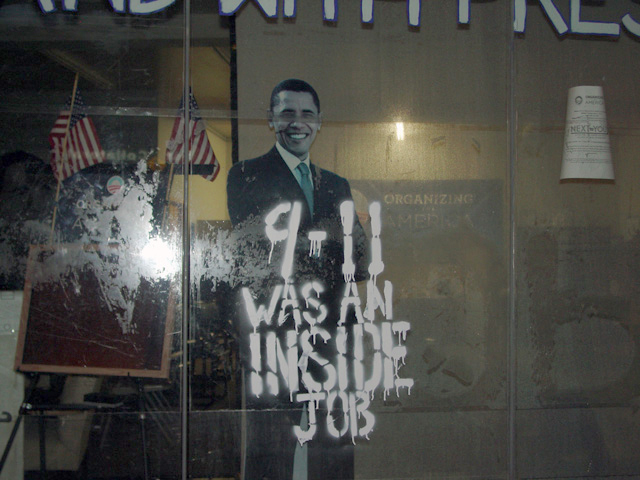 http://www.indybay.org/antiwar/
Add Your Comments
LATEST COMMENTS ABOUT THIS ARTICLE
Listed below are the latest comments about this post.
These comments are submitted anonymously by website visitors.