Add an Event
Newswire
Calendar
Features
Home
Donate
From the Open-Publishing Calendar
From the Open-Publishing Newswire
Indybay Feature
Publish to Newswire
Add an Event
Related Categories: Central Valley | Racial Justice
Dignity and Respect for Black Gold Rush Pioneers ~ 2006 Mountian Democrat (Placerville)
by reprint ~ Wendy Shultz ~ Mountian Democrat
Friday May 6th, 2011 9:04 AM
April 26, 2011, a majority of El Dorado County Board of Supervisors suggested they had never heard of the challenge of 36 grave markers that read, Unknown, Moved from Nigger Hill Cemetery, by U.S. Government in 1954. Two Black Men on the front page of the oldest newspaper in California is not a regional secret, nor earlier petitions from the El Dorado Cemetery Commission founder. However, we take people at there word, until proven otherwise. Newspaper accounts from 1850-1872, mining claims and exemptions, and histories written in the 1880s refer to the community as "Negro Hill," according to Sue Silver, president of the El Dorado County Pioneer Cemeteries Commission. Rural Development of Black Agriculture in early California Gold Rush Era is on full display, 25 miles from the California State Capitol. In 1863, the Emancipation Proclaimation was issued and El Dorado County annexed Negro Hill from Placer County, yet no official records can be found. 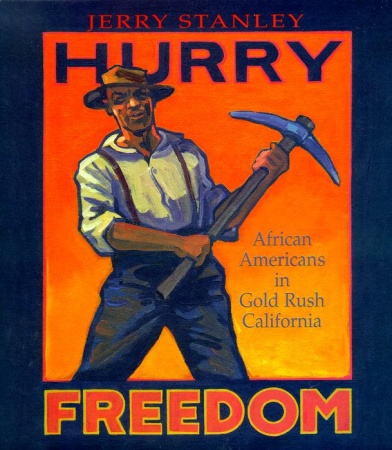 Shouldn't every pioneer have a name? Those bold men and women who braved the elements and the unknown and suffered deprivations to start a new life and in doing so opened the way for others to follow; shouldn't their names and their contributions be remembered?

Should a pioneer have an ugly racial slur attached to the only piece of identification that remains?

In 1954, during the construction of Folsom Dam, the graves in nine different pioneer cemeteries were relocated to a 5-acre parcel bisected by the El Dorado-Sacramento county line prior to inundation by dam waters. Remains from each cemetery were kept together and interred in sections, identified by grave markers that detailed the name of the individual reburied there and the cemetery from which it had been relocated.

Michael Harris of Sacramento and Oshmin Oden of Oakland want to change the unknowns to real people and, in the case of the Negro Hill graves, correct the grave markers to reflect the correct name of the community. Harris is the project director of the Negro Hill Burial Ground Project and Oden is the associate director of the project whose stated goal is to restore dignity and respect for all the "unknown" grave markers in the Mormon Island Memorial Cemetery.

"Those words, "U.S. Government and ..." in the same space are so strange, "said Oden. "These people were pioneers of the state and now they're just unknown ...."

Even stranger is the fact that the cemetery and the community it was from were not called by the racial slur. Negro Hill may not be a familiar name in present time, but 150 years ago it was an ethnically diverse town of some 1,200 people in El Dorado County.

Newspaper accounts from 1850-1872, mining claims and exemptions, and histories written in the 1880s refer to the community as "Negro Hill," according to Sue Silver, president of the El Dorado County Pioneer Cemeteries Commission.

An 1860 U.S. Government Land Office map of the communities in the area is the earliest and only reference to that called it by its derogatory name, until the U.S. Army Corps of Engineers used the term on the maps used for construction of the Folsom Dam.

An 1868 El Dorado County map shows the community as "Negro Hill," Silver said. A community events column carried in the Folsom Telegraph in 1905 was under the name Negro Hill.

Why the change from the community name used on tax rolls and school districts and newspaper columns to one that, even in 1954, was considered derogatory? No one knows for sure, and no one knows why research wasn't done to identify the dead that were relocated.

According to available histories of the area and the research that Michael Harris has done, many of the black pioneers in the Negro Hill community were free-born and able to read and write. Records of their lives would have existed.

It's those records that Harris and Oden are researching by putting together a team of experts to identify any gaps in the knowledge of the Negro Hill Burial Ground Project. The team will determine what needs to be done to change grave markers to accurately reflect the people and the community in which they lived, estimate the costs of creating new grave markers, and recreate a history of the people in the cemetery that can be shared with visitors and students.

"Why should we care about the unknowns? Because they made a significant contribution to our lives here in California," said Harris, "and their contributions should be honored in this cemetery and in our textbooks."

Last week, Harris visited the National Cemetery at Arlington, Va. to talk to experts and to view how a historical cemetery can be presented.

"If we could transfer just a little of the respect for the unknown dead from Arlington to the pioneer cemeteries, that would be something," said Harris. "Cultural tourism is a great thing, but people need to get the real story. We are after a better representation of the pioneer settlements under the lake."

The Mormon Island Memorial Cemetery is owned and maintained by El Dorado County. Located at a curve in Shadowfax Road off Green Valley Road, it's easy to find - if you know where to look. The property is stark, with dried weeds covering many of the grave markers, and lies between two luxurious housing subdivisions. The marker from the cemetery dedication in 1957 identifying the Negro Hill graves as California Historical Landmark 570 is missing and has been for years.

In 2007, the Negro Hill Burial Ground Project is planning a 50- year rededication celebration at Folsom Point, which overlooks the inundated pioneer communities.

There are all kinds of people that were relocated to this cemetery; different religions, different races. I would like to see the different religions and races in this area to be humans together and give all of the dead here the honor and dignity they deserve," said Harris.