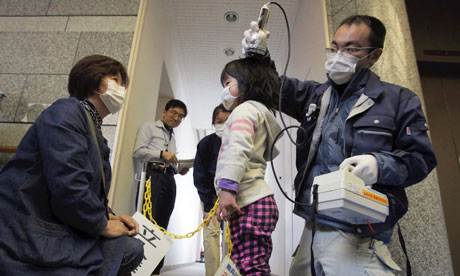 The Japanese government in collusion with TEPCO is now raising the regulatory limits of the intake of radiation in order to convince the people everything is fine and people will not be harmed.
http://www.laborvideo.org
Add Your Comments
LATEST COMMENTS ABOUT THIS ARTICLE
Listed below are the latest comments about this post.
These comments are submitted anonymously by website visitors.