Fred Collins of the Chumash Nation opened the rally, welcoming people who lined the beach with protest signs; Jane Swanson of Mothers for Peace spoke of the fight for a nuclear-free San Luis Obispo County that her group has waged since the 1970's.

original image (3059x1497)
Buddy Princeton grabbed some buddies to headline the musical portion of an energetic rally on Avila Beach, in San Luis Obispo County today. The picturesque beach area is in close proximity to the Diablo Canyon nuclear plant.

Lady Tie-Dye upped the color quotient as she emcee'd a lineup that included chanting and drumming by Timo Beckwith and friends. Several performers sang songs written especially for the occasion calling for the shut down of the nuclear reactor. Singer Sherry Lewis kept her cool under a cowboy hat as other performers stripped down to go shirtless under blazing beach sunshine. Your Royal Funkyness got up on stage and helped everybody get dancing.

The Fukushima disaster was at the forefront of everyone's thoughts. Speakers encouraged casual beach-goers and rally participants alike to get busy and get vocal on the Diablo Canyon issue. Signs said No More Fukushima and "Don't Fukushima SLO".

Jane Swanson, speaking on behalf of Mothers for Peace, said, "Our group made it clear in 1973 that a workable evacuation plan is not possible at Diablo Canyon. Now it is 2011 and this is still true. It is time to shut it down." The crowd joined in chorus shouting, "Shut it Down!".

The Raging Grannies led a sing-along to the tune of She'll Be Comin' Round the Mountain. The Grannies called on the Nuclear Regulatory Commission to "get real" about Diablo Canyon plant with these lyrics:

We know tons of facts regarding nuclear waste.
We must work hard now to stop it--in great haste
Regulators must wake up now
Corp'rate owners can't have POW-er
Join with anti-nuke environmentalists! 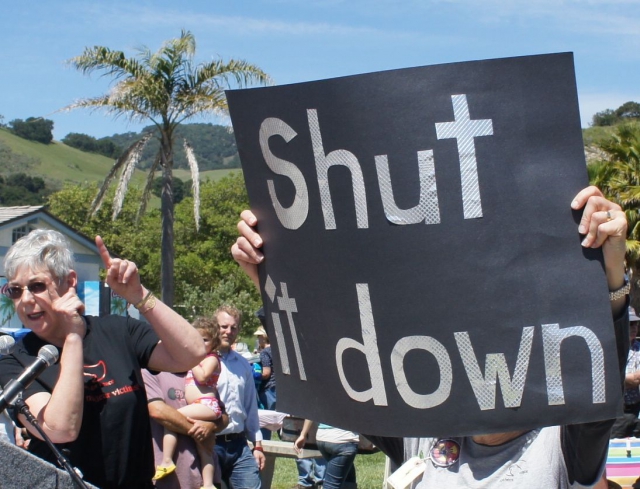 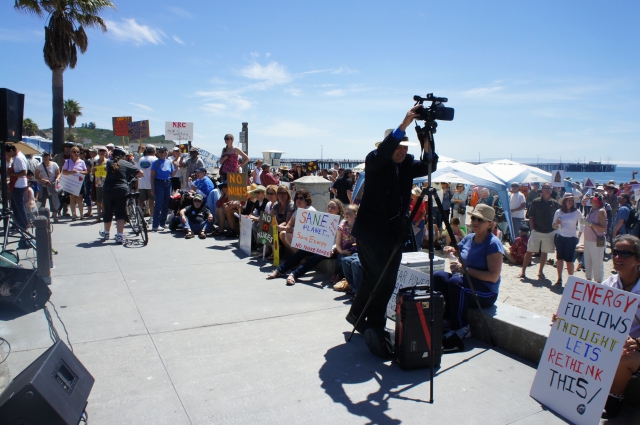 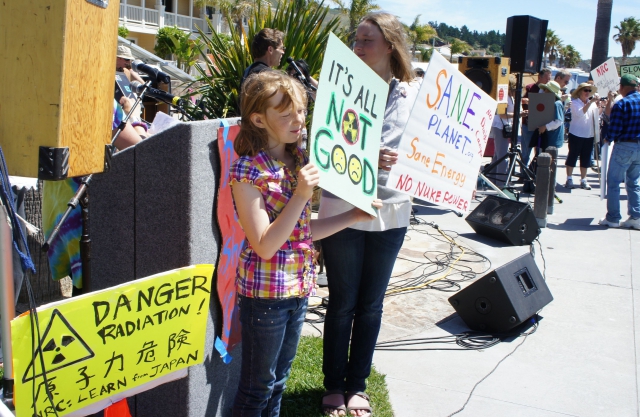 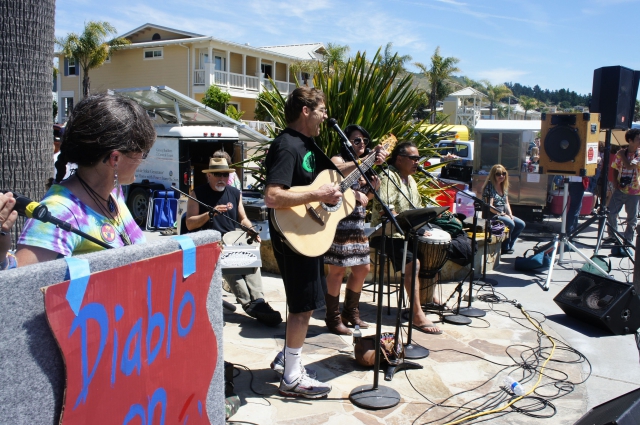 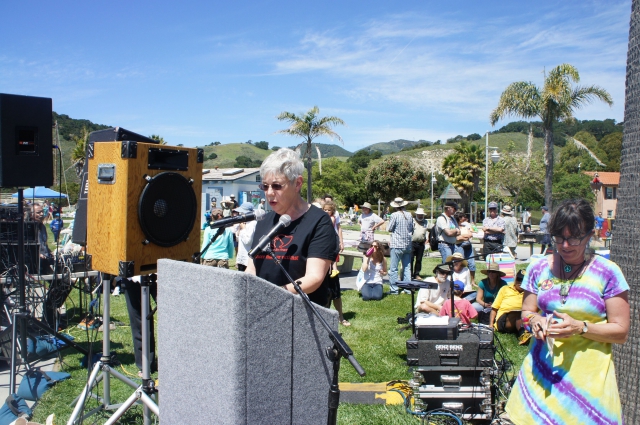 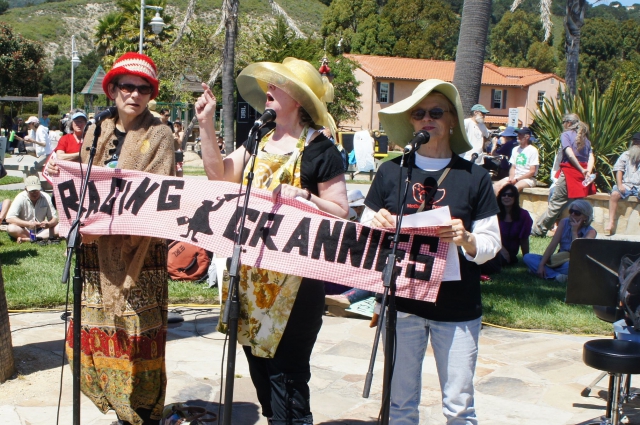 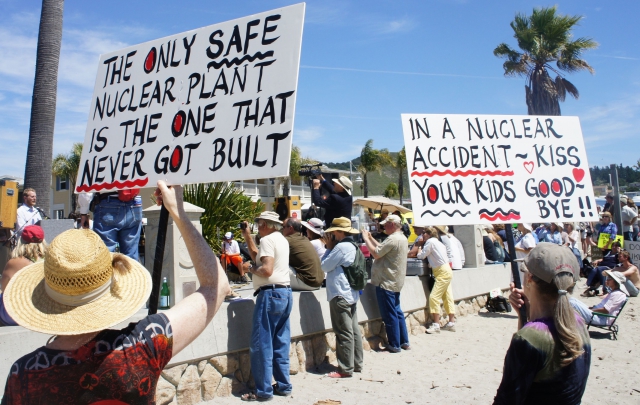 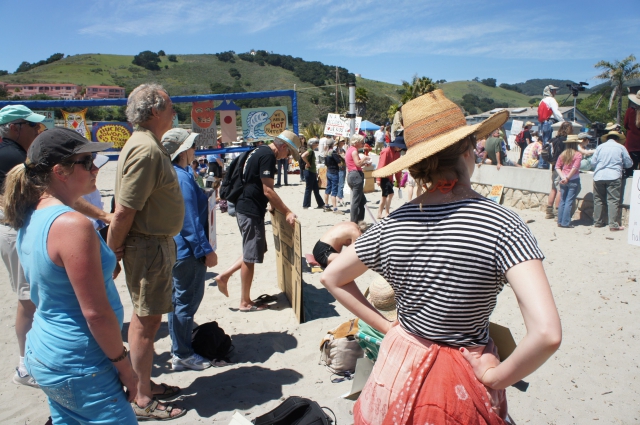 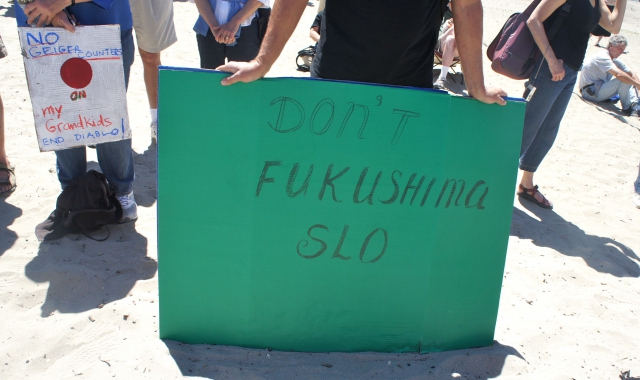 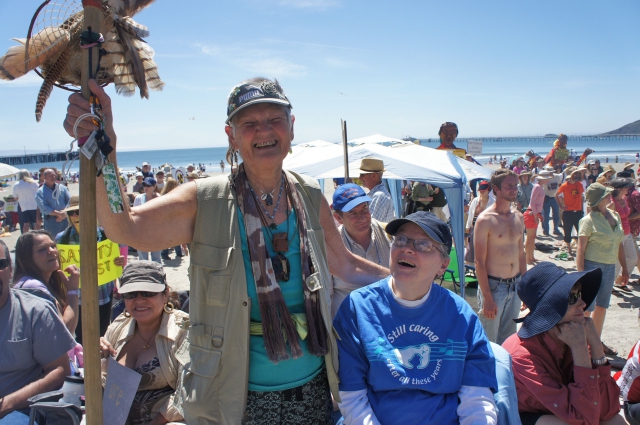 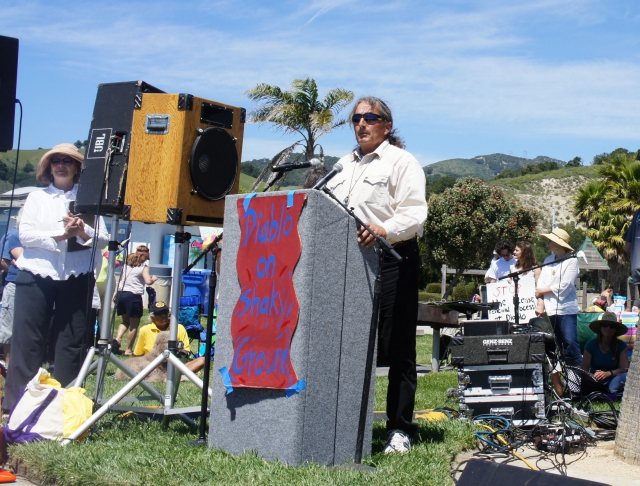 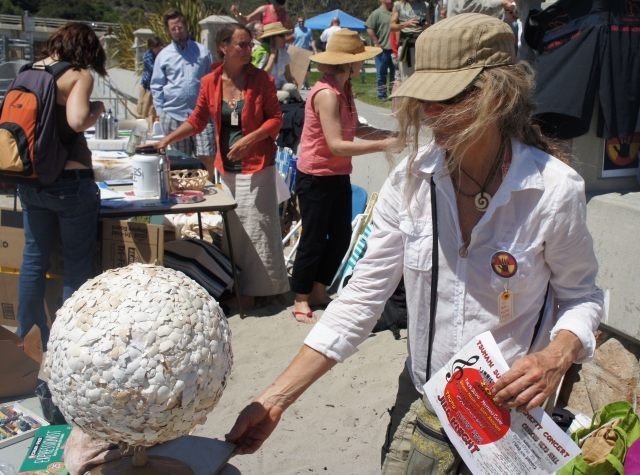 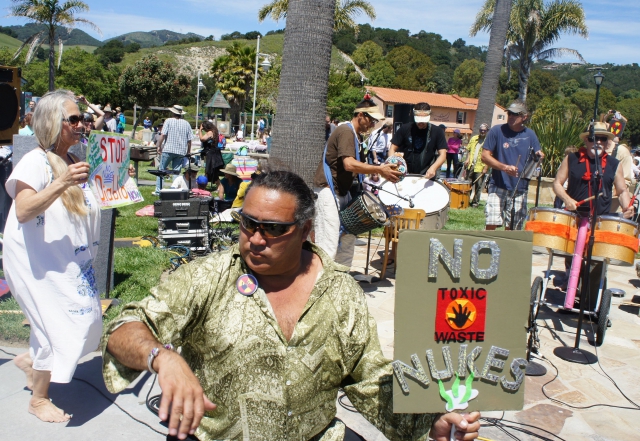 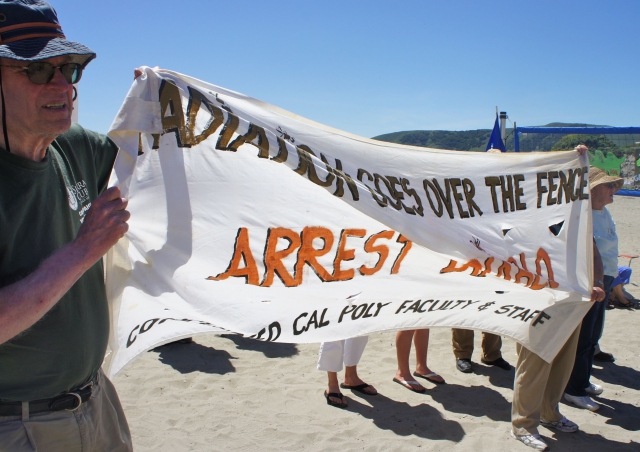 original image (2987x2112)
Sign says:
Radiation Goes Over the Fence
Arrest Diablo
Cal Poly Concerned faculty and staff
Add Your Comments
LATEST COMMENTS ABOUT THIS ARTICLE
Listed below are the latest comments about this post.
These comments are submitted anonymously by website visitors.