by Mike Rhodes (editor [at] fresnoalliance.com)
Is Fresno First Steps Home helping to end homelessness or is it part of a right wing scheme to create the illusion that the city is doing something while things get worse and worse for the homeless? There are now more homeless than ever on the streets of Fresno. The photos below show some of the encampments where they live. 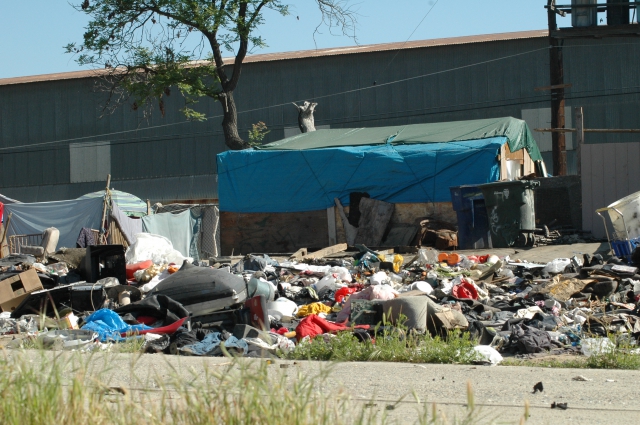 original image (3008x2000)
Early last year, Mayor Ashley Swearengin established (with great fanfare) the Fresno First Steps Home (FFSH) as a nonprofit that she said would work to end homelessness in Fresno. In May, she handed out cards telling the homeless to call 211 and encouraged residents to give those cards to the homeless instead of money. The goal was to raise $1 million a year by getting Fresnans to donate $1 a month. In July 2010, she announced that $221,000 had been donated by three corporate sponsors.

Greg Barfield was the homeless prevention and policy manager at the City of Fresno during this period of transition to privatize the effort to end homelessness. Barfield has since moved on, but he still works at City Hall as City Council member Oliver Baines’ chief of staff.

Barfield is listed on the FFSH Web site as the person to contact for more information about the project. If you go to the Web site, it asks you to send your donation to City Hall. This Indymedia reporter asked Barfield how much money FFSH has received and how it has been spent to help the homeless. He refused to provide me with that information, saying he was not required to do so, because FFSH is not an official government project.

Why is there no transparency or a willingness to share information about all of the wonderful things this group is doing? Indymedia has found that it could be because the group has collected hundreds of thousands of dollars and not spent any of it to help the homeless. In an e-mail to a homeless advocate, Barfield admits that little money has been used - just some spent on corporate filing fees and promotional materials.

FFSH has been in operation for about a year now. It has brought in a significant amount of money from individuals and corporate donors, but from what we can tell it has not spent any of its money to help the homeless and it doesn’t want you to know the details.

Fresno is fortunate to have at least two local groups that are transparent and spend all of the money they receive to help the homeless. Both can use donations. They are St. Benedict Catholic Worker, 4022 N. Cheryl Ave., Fresno, CA 93705, and Food Not Bombs, c/o Wesley United Methodist Church, 1343 E. Barstow Ave., Fresno, CA 93710-6309. For Food Not Bombs, make your check out to WUMC/FNB and include a note indicating that the donation is for FNB.

§The Hill on G Street
by Mike Rhodes 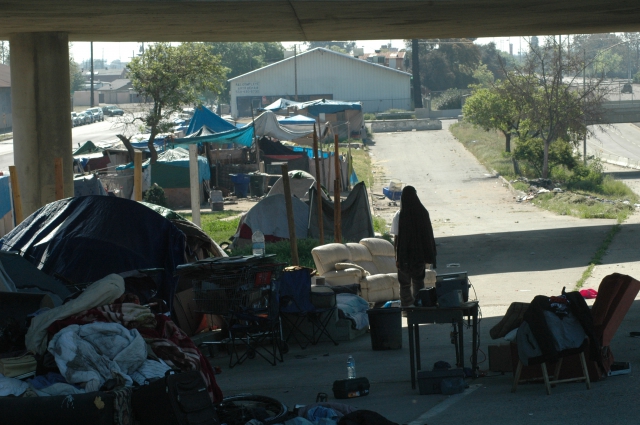 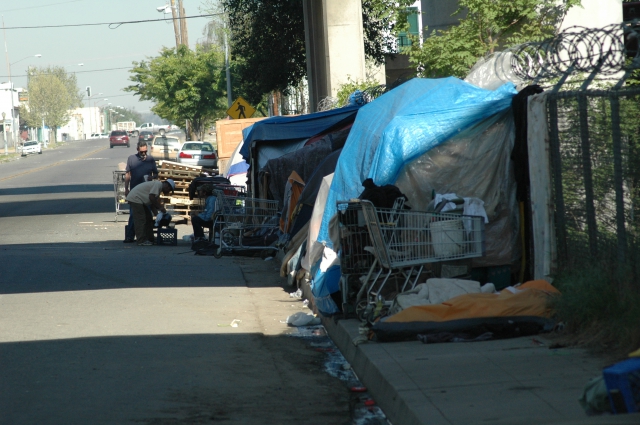 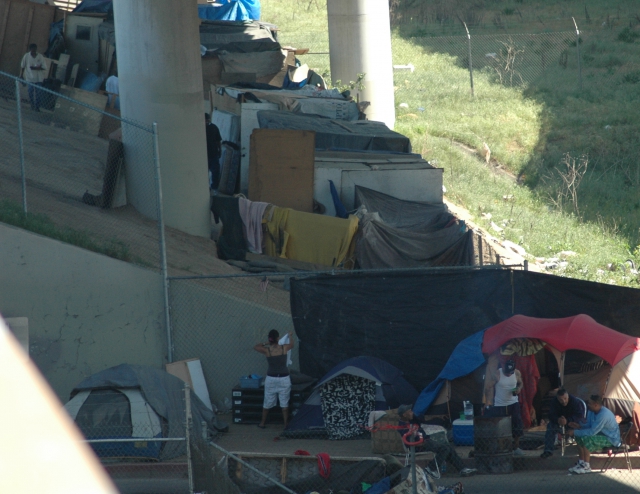 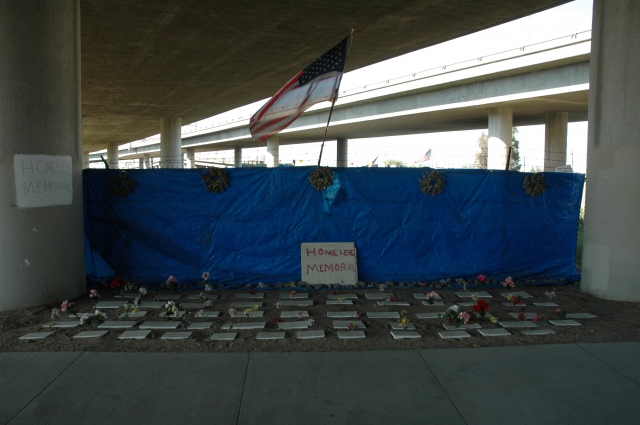 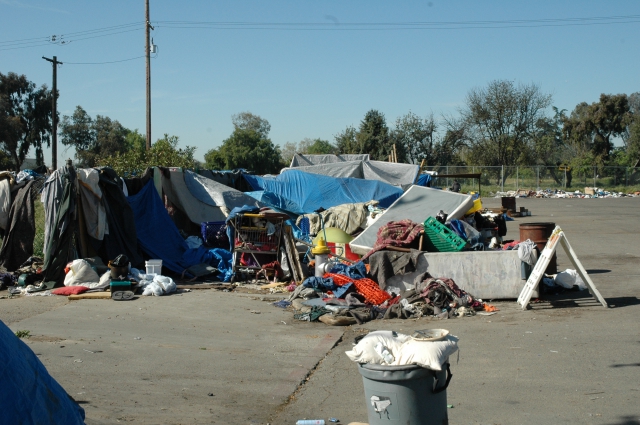 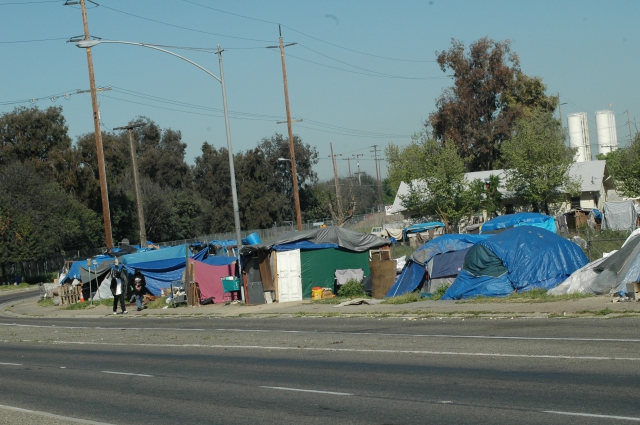 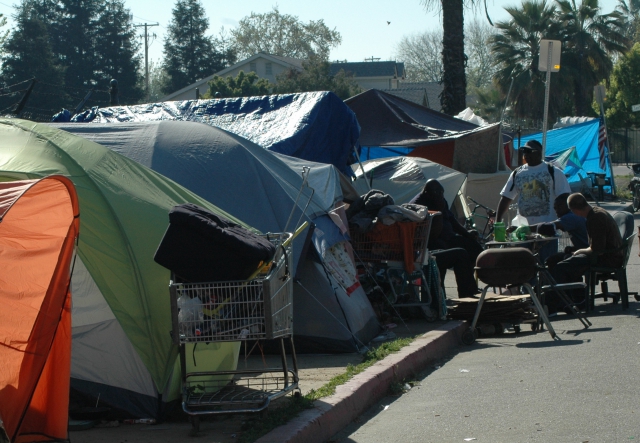 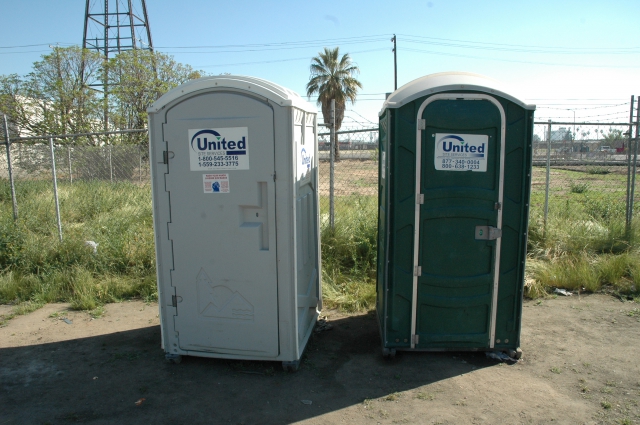 original image (3008x2000)
The City of Fresno refuses to provide basic public services for the homeless. These two portable toilets are paid for by the Community Alliance newspaper. The CA also provides this encampment on F street with a trash bin.
§A long view of The Hill
by Mike Rhodes 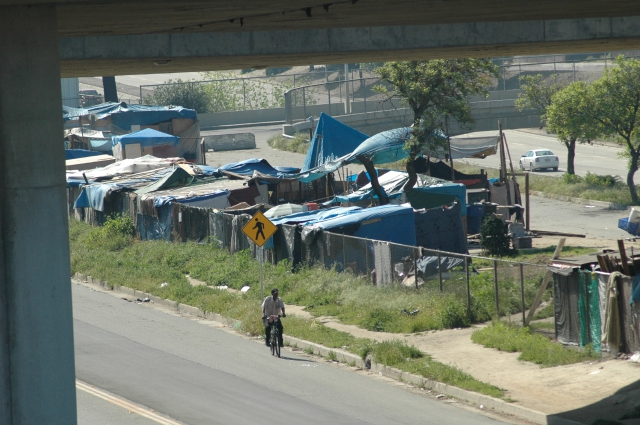 original image (3008x2000)
All photos by Mike Rhodes
Add Your Comments
Support Independent Media
We are 100% volunteer and depend on your participation to sustain our efforts!