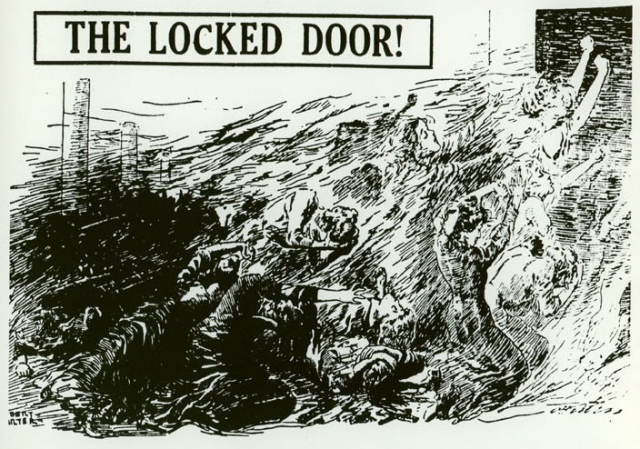 original image (704x494)
In 1911 US garment workers faced locked doors, now workers are injured and sickened by mold and other toxins and are denied treatment due to ACOEM and other employer/insurance industry controlled medical groups including the AMA guidlelines for workers compensation.
http://www.workersmemorialday.org.
Add Your Comments
LATEST COMMENTS ABOUT THIS ARTICLE
Listed below are the latest comments about this post.
These comments are submitted anonymously by website visitors.