Add an Event
Newswire
Calendar
Features
Home
Donate
From the Open-Publishing Calendar
From the Open-Publishing Newswire
Indybay Feature
Publish to Newswire
Add an Event
Related Categories: Santa Cruz Indymedia | Anti-War
Rally in Santa Cruz on Eighth Anniversary of the Invasion and Occupation of Iraq
by ~Bradley (bradley [at] riseup.net)
Saturday Mar 19th, 2011 6:18 PM
On March 19th, a day which began with a heavy hail storm in Santa Cruz, dozens of people rallied at the Town Clock to protest the eighth anniversary of the U.S. invasion and occupation of Iraq. The rally was also a demonstration against the incarceration of Bradley Manning, the increasing militarism of society, and the war at home against the poor and houseless. Protests were taking place in other cities as well, including San Francisco and Fresno. 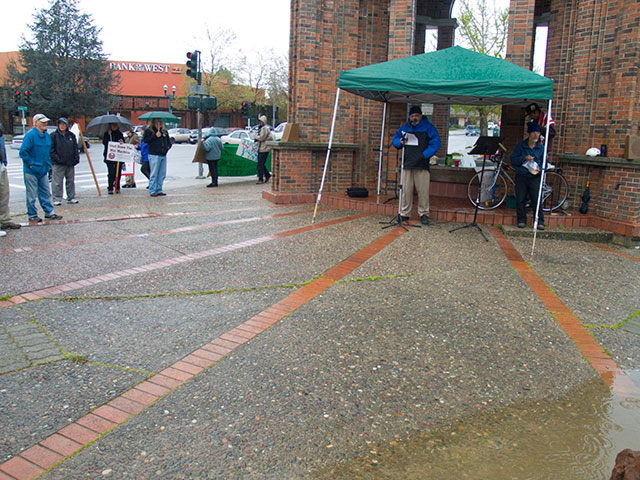 Walt Oicle, an organizer of the rally, gave a moving speech and performed a song on the guitar. Walt's first protest was a candlelight vigil against the Vietnam War in 1970. At the Town Clock, Walt stated, "We must force our government to do things because they are right, and not merely expedient or profitable for some particular constituent. We've got to stop letting corporations write our laws for their benefit. We've got to reverse the idea that bloodless corporations should have the same rights as actual people. Corporations are set up to make money, and to avoid personal responsibility. Corporations can't be jailed, and their officers seldom are. So we've got to amend the Constitution to rectify that mistaken notion that has caused so much trouble."
http://bradleystuart.net
§Stop Paying For War
by ~Bradley Saturday Mar 19th, 2011 6:18 PM 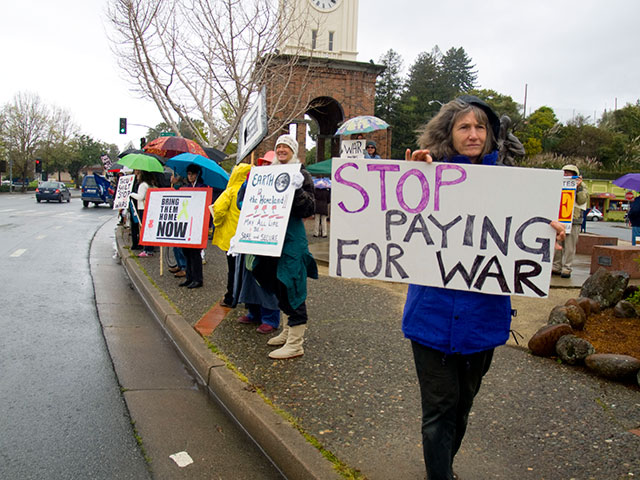 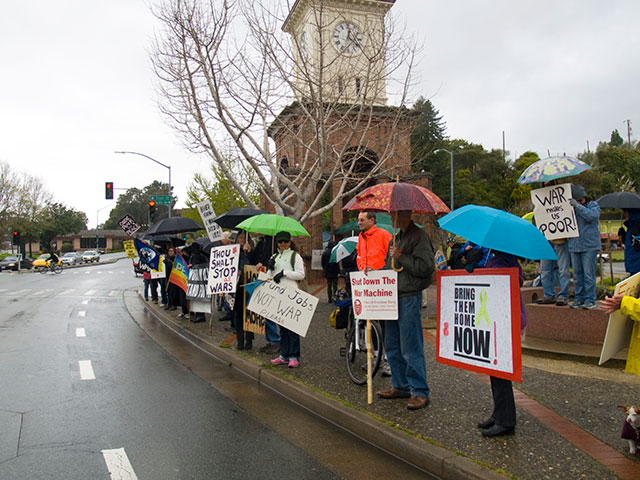 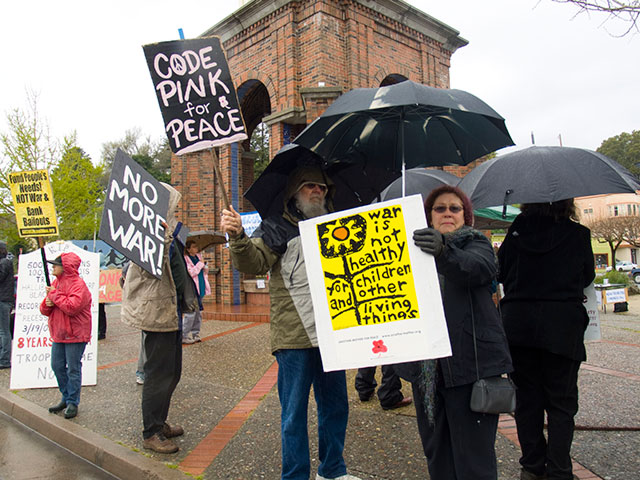 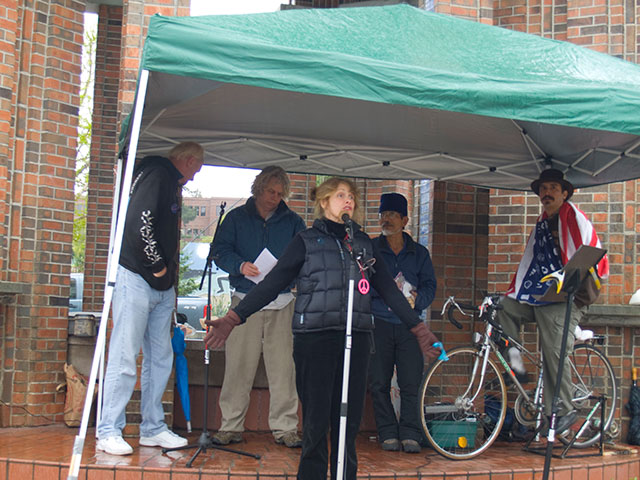 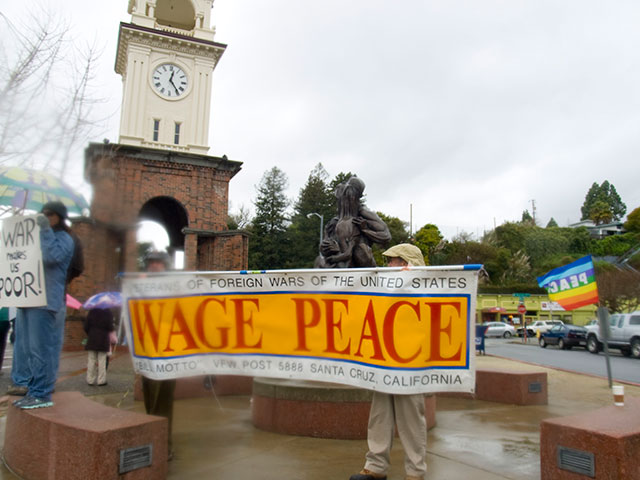 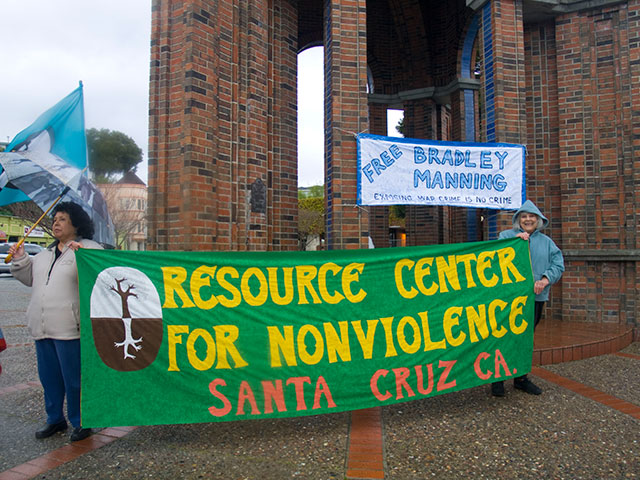 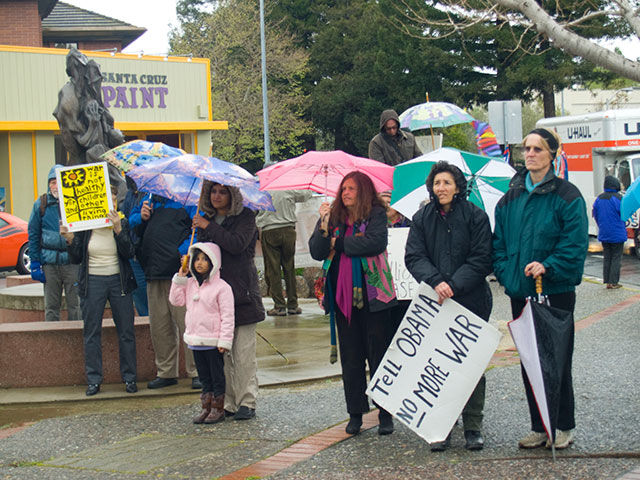 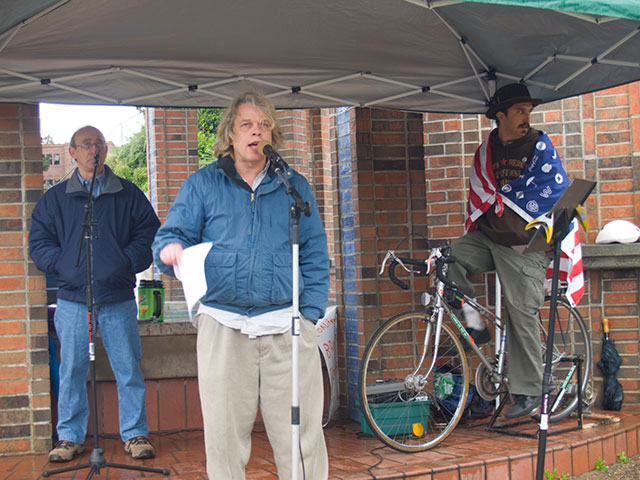 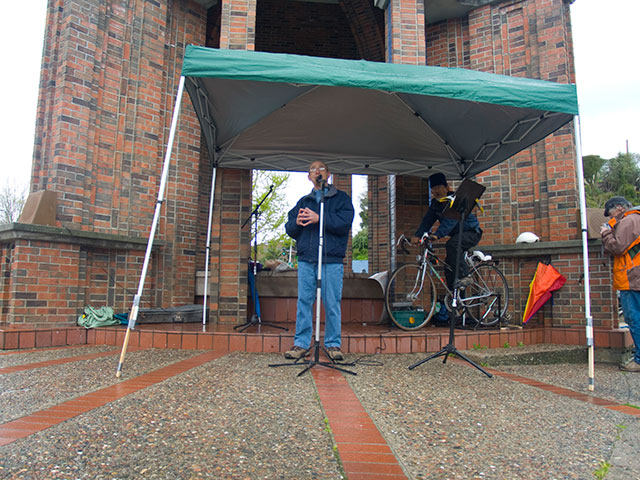 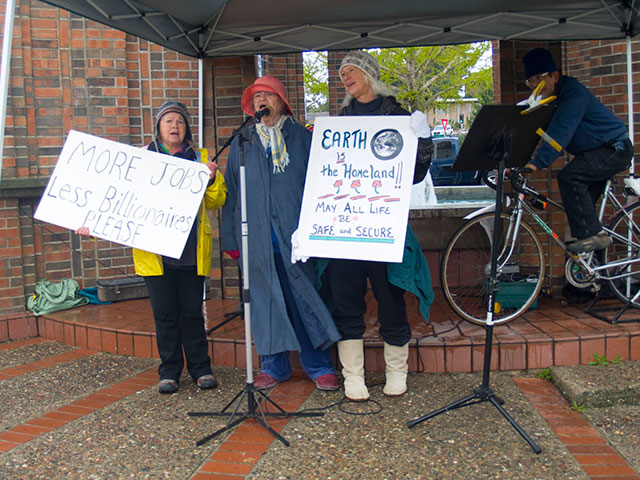 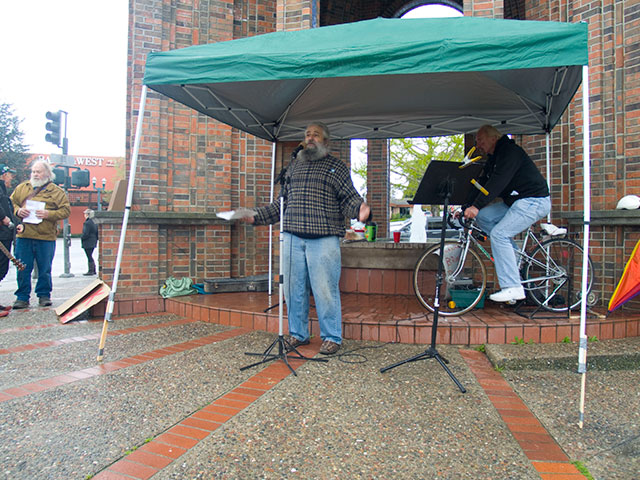 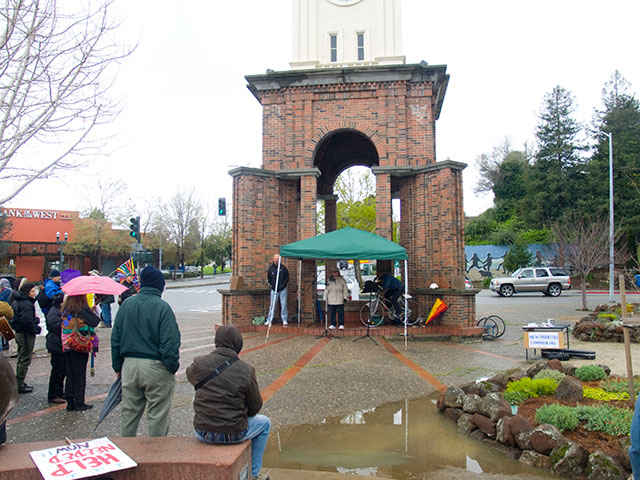 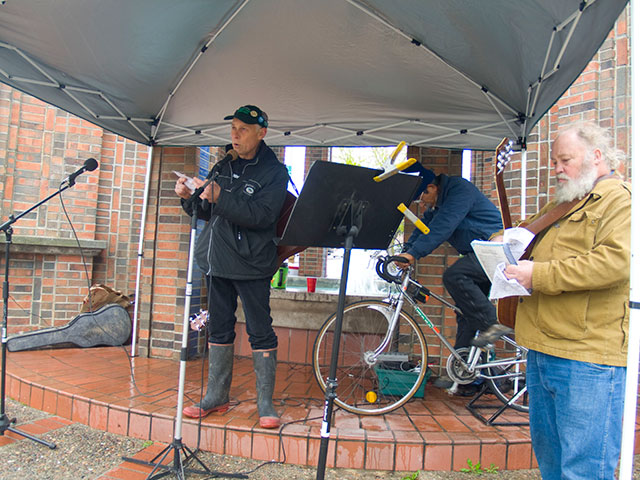 "Trillions that we have spent on so-called defense did not prevent the events of 9/11, and a trillion dollars spent in the Mideast wars since has not made us any safer. We cannot continue to be the world's bully, nor even its' policeman."

"If a free society cannot help the many who are poor, it cannot save the few who are rich." 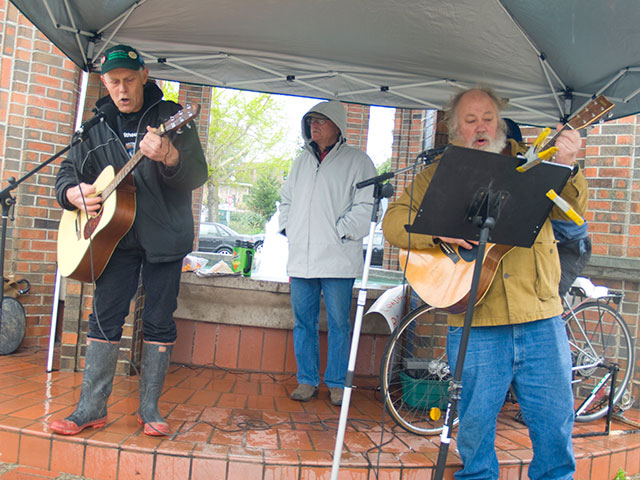 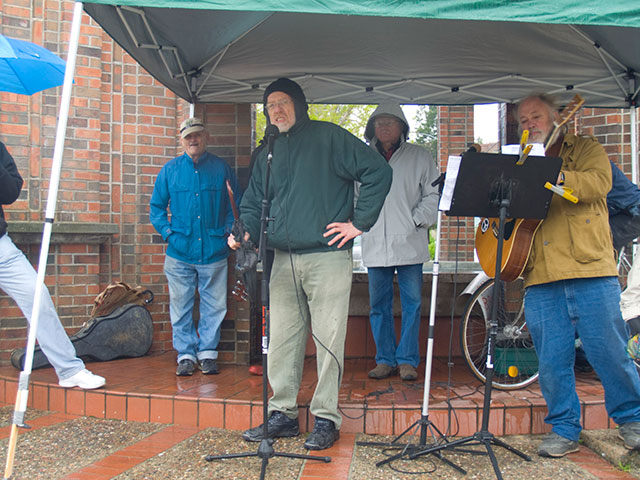