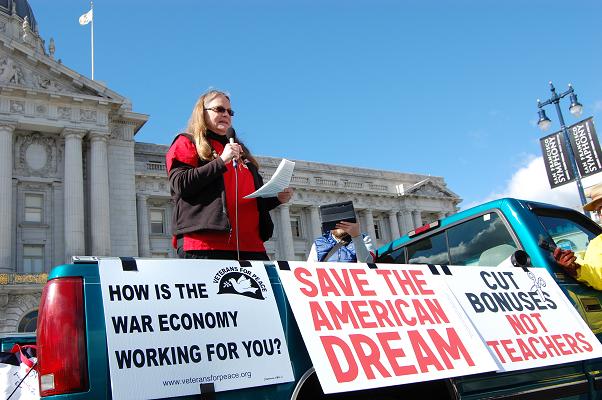 Once again, the corporate media ignores or distorts the people’s demonstrations. Little coverage of the siege of the Wisconsin capitol building; Saturday,250,000 thousand strong. In 50 cities around the country people came out in solidarity with this fight to protect public workers and all workers right to collective bargaining. The Chronicle reported a demonstration here of 200 people! I was there and the Chon must have dropped a zero! There were at least 2000 and more arriving as the day went on. Speakers from unions, an airplane pilot, a retired public worker from Wisconsin, the president of the California Nurses Assoc. Tim of the SF Labor Council told us that as we gathered union members are holding the SF labor banner in Wisconsin in solidarity. We have met and will defeat this all-out attack on working people. Be prepared for another attack on workers pensions right here in SF. Public workers did not collapse the economy. No worker got a billion dollar bailout. Healthcare rising costs are not any worker’s problem. But there is a solution, universal single payer healthcare. And next time we are at the collective bargaining table that we can make that demand.
§crowd
by Patricia Jackson Monday Feb 28th, 2011 10:10 AM 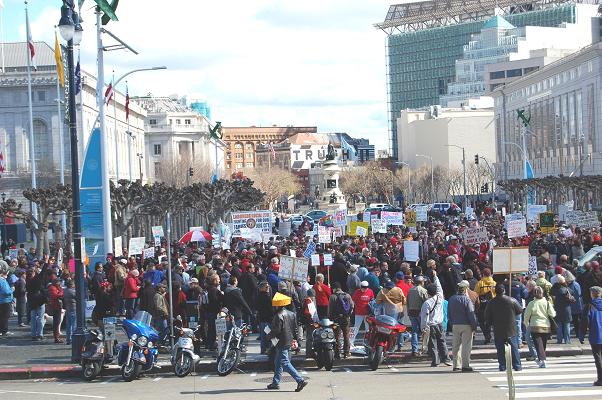 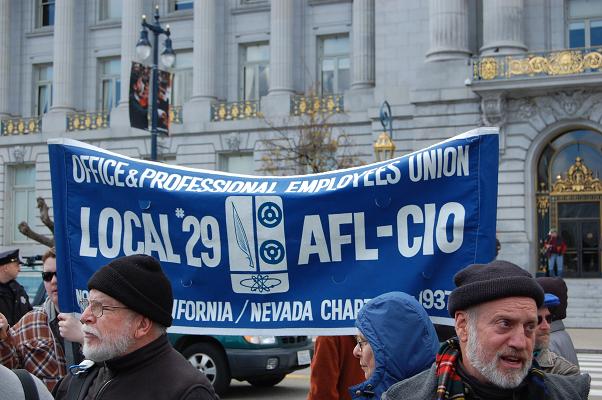 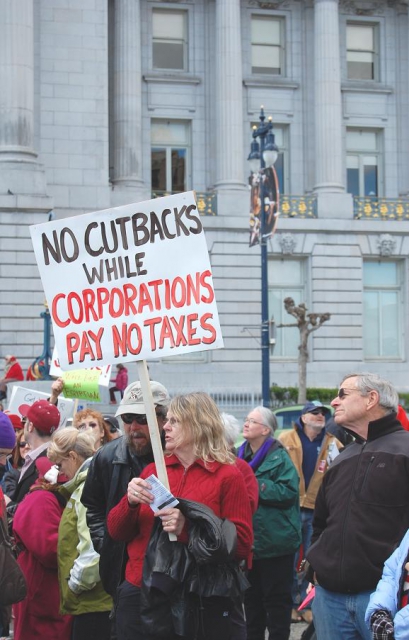 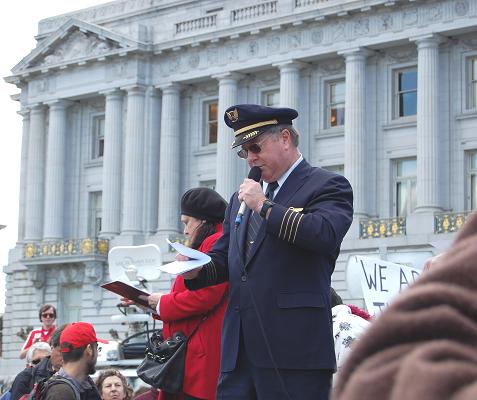 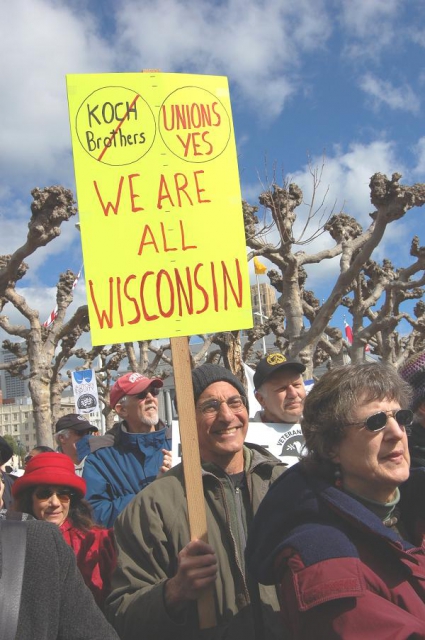 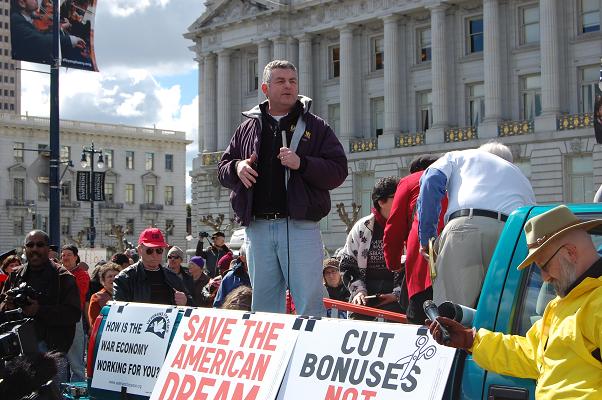 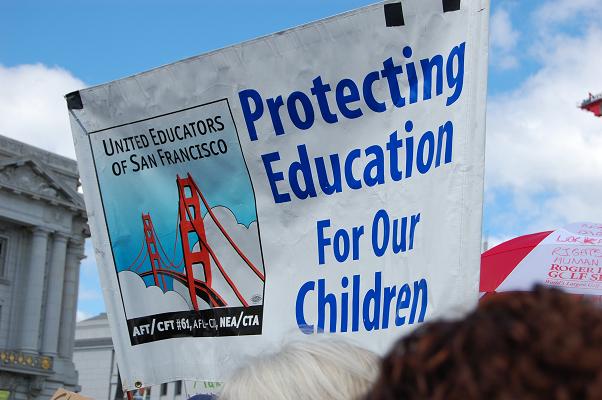