Add an Event
Newswire
Calendar
Features
Home
Donate
From the Open-Publishing Calendar
From the Open-Publishing Newswire
Indybay Feature
Publish to Newswire
Add an Event
Related Categories: Santa Cruz Indymedia | Health, Housing & Public Services | Womyn
Walk for Choice Santa Cruz says "Keep Your Politics Off My Body"
by ~Bradley (bradley [at] riseup.net)
Saturday Feb 26th, 2011 6:10 PM
On February 26th, more than a hundred people united energetically in Santa Cruz, along with cities across the nation, to demonstrate their disgust with systemic violence against women. At noon, people converged at the Clock Tower before marching down Pacific Avenue to Laurel St. People chanted "Not the Church, Not the State; Women must decide their fate" as they continued up Laurel St. and onto Mission St. / Highway 1 where there was a brief occupation of the Mission and Bay intersection. 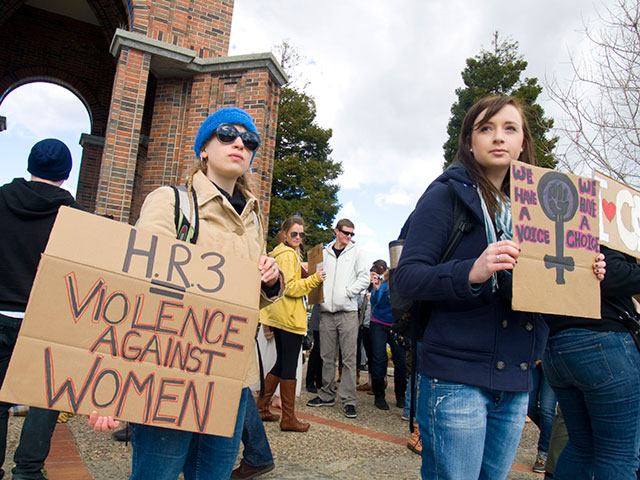 The demonstrations were organized in response to HR-3, the "No Taxpayer Funding for Abortion Act." In large measure, it would render permanent the restrictions on federal funding of abortion in the United States laid out in the Hyde Amendment.

The Hyde Amendment currently bans all federal money from going to abortions, except in cases of incest or rape. The GOP's HR-3 will change this language to "incest or forcible rape." This would mean that a woman would have to somehow prove that rape was "forced" in order to get access to abortion. Protesters say this language reinforces the notion that some kinds of rape are not as serious as others.

A state legislator in Georgia wants to change the legal term for victims of rape, stalking, and domestic violence to "accuser." But victims of other less gendered crimes, like burglary, would remain "victims." This encourages people to believe that women lie about being raped, something most rape victims already have to deal with.

In South Dakota, Republicans proposed a bill that could make it legal to murder a doctor who provides abortion care. The bill states that if a person is threatening a fetus, that person can be killed under the guise of "self-defense."

In Congress, Republicans have a bill that would let hospitals allow a women to die rather than perform abortion necessary to save her life. It gives hospitals the option to refuse to perform an emergency where the woman's life is at risk.

Congress just voted for a Republican amendment, HR-3, to cut all federal funding from Planned Parenthood health centers, one of the most trusted providers of basic healthcare and family planning in the USA. The federal funding currently is prohibited from going towards abortions under the Hyde Amendment, but now all services are taking a cut such as Cancer screening, HIV testing, pelvic exams, free birth control, and primary care.

Some of the text in this article comes from a 'What's Going On?' flyer passed out at the Clock Tower prior to the march. Text from the flyer was taken from moveon.org, respectively.

Chants from the March 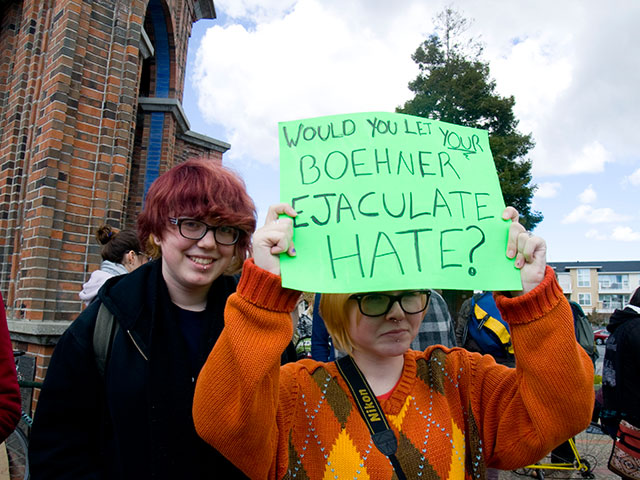 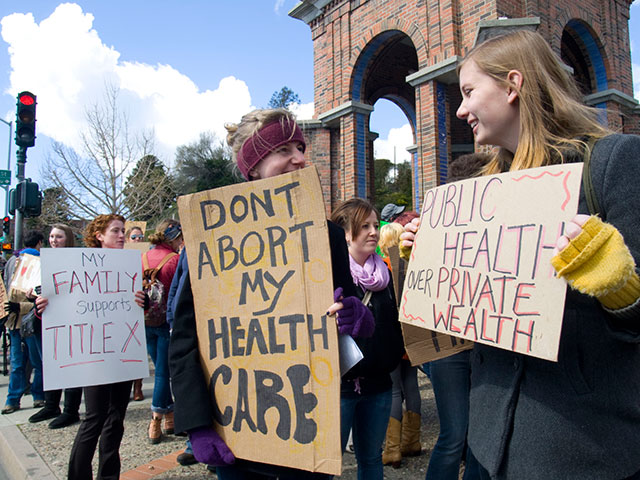 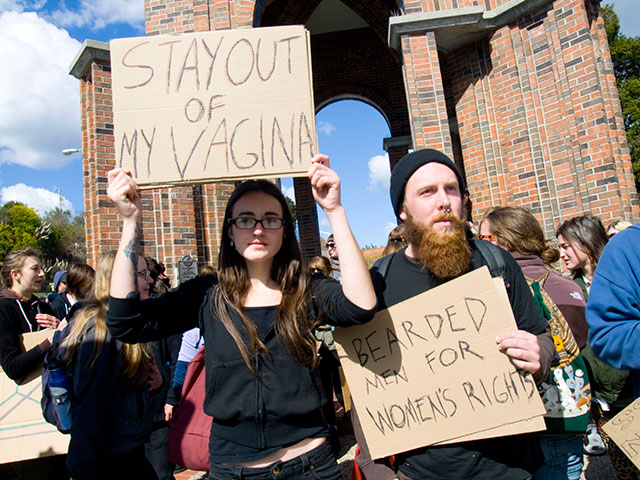 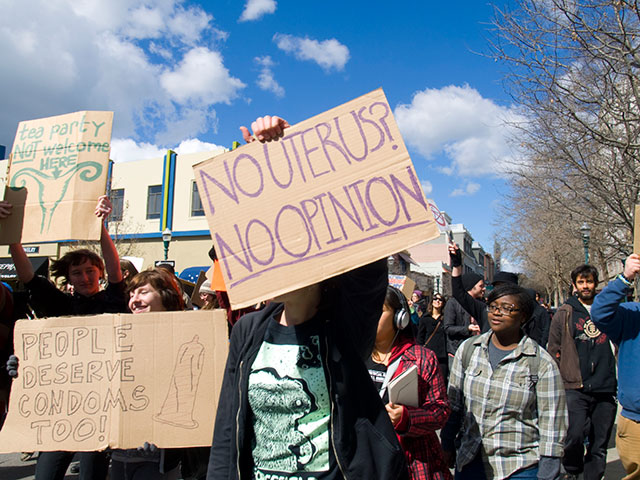 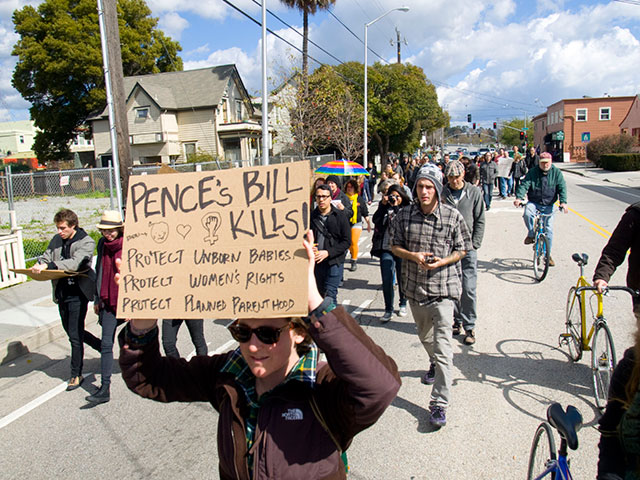 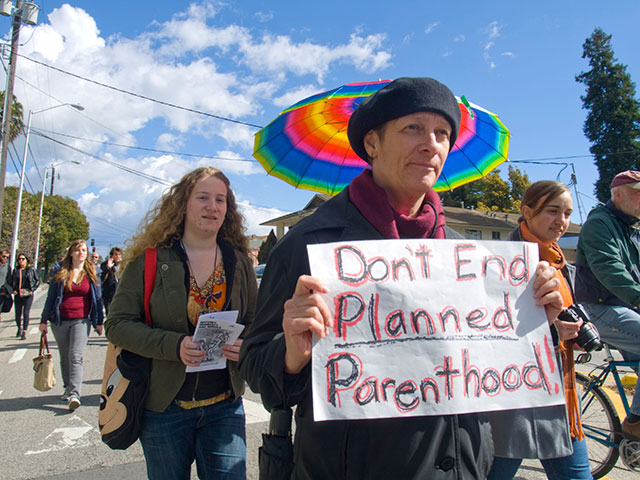 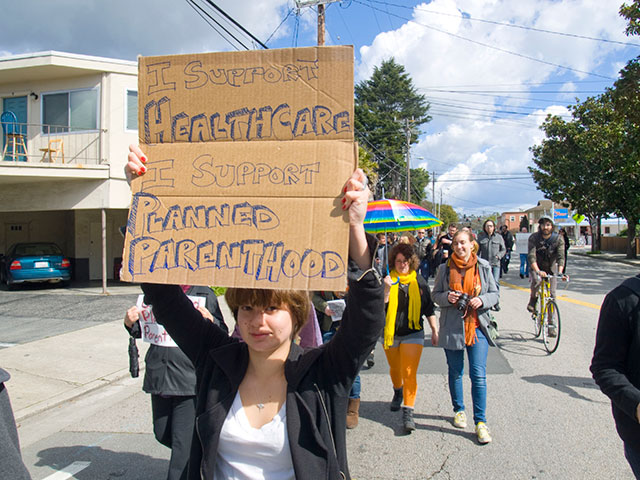 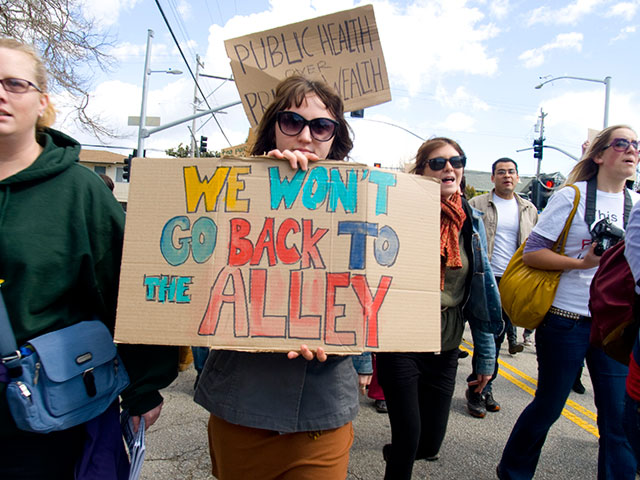 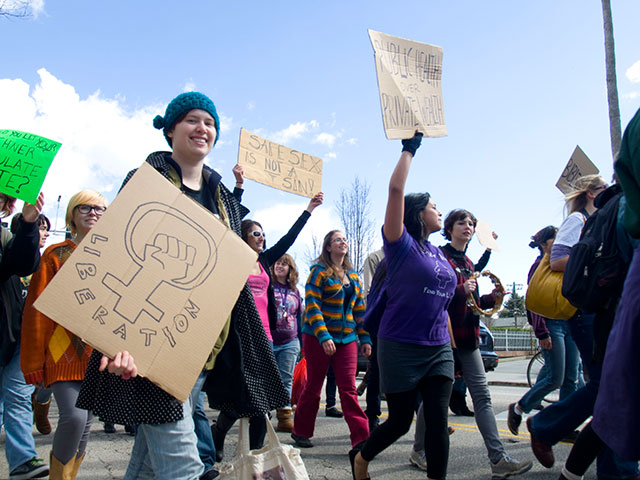 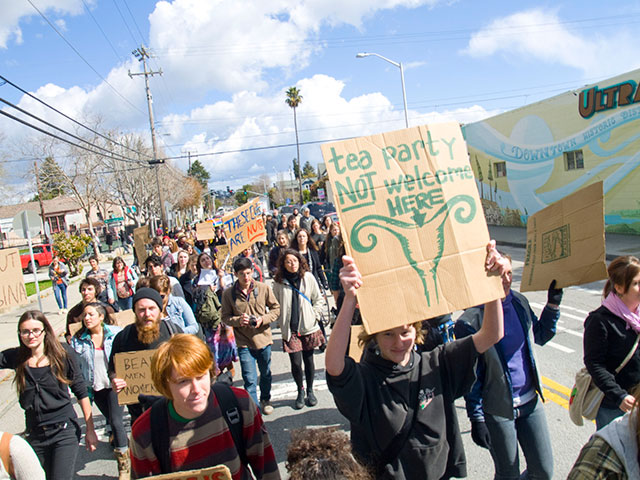 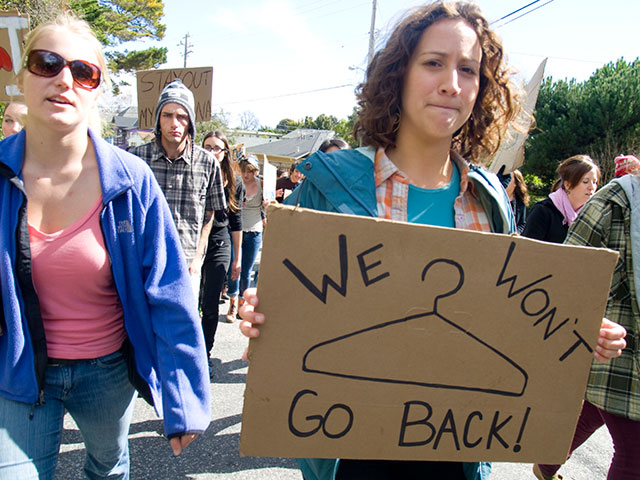 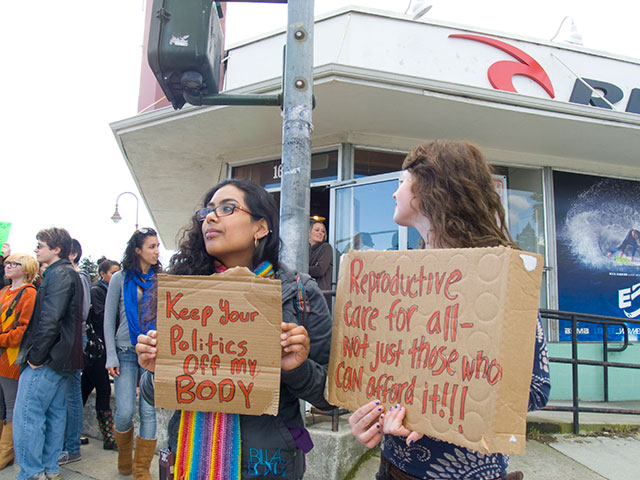 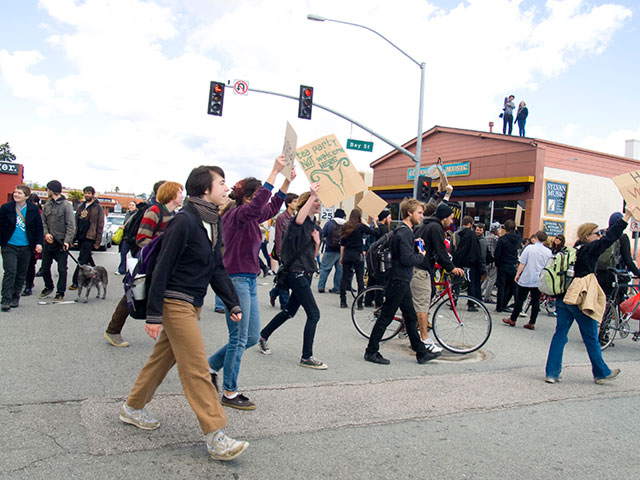 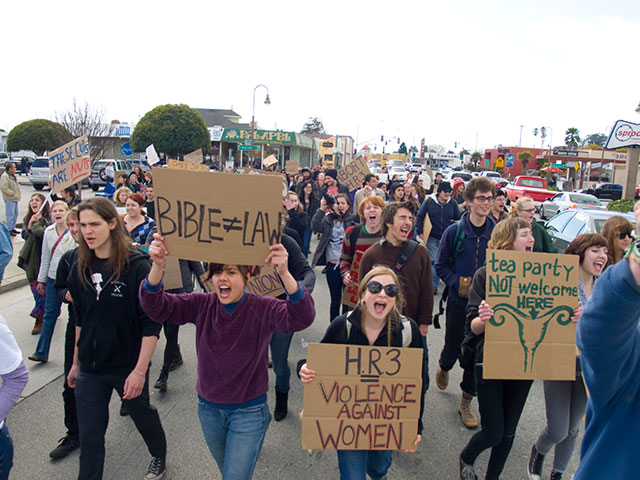